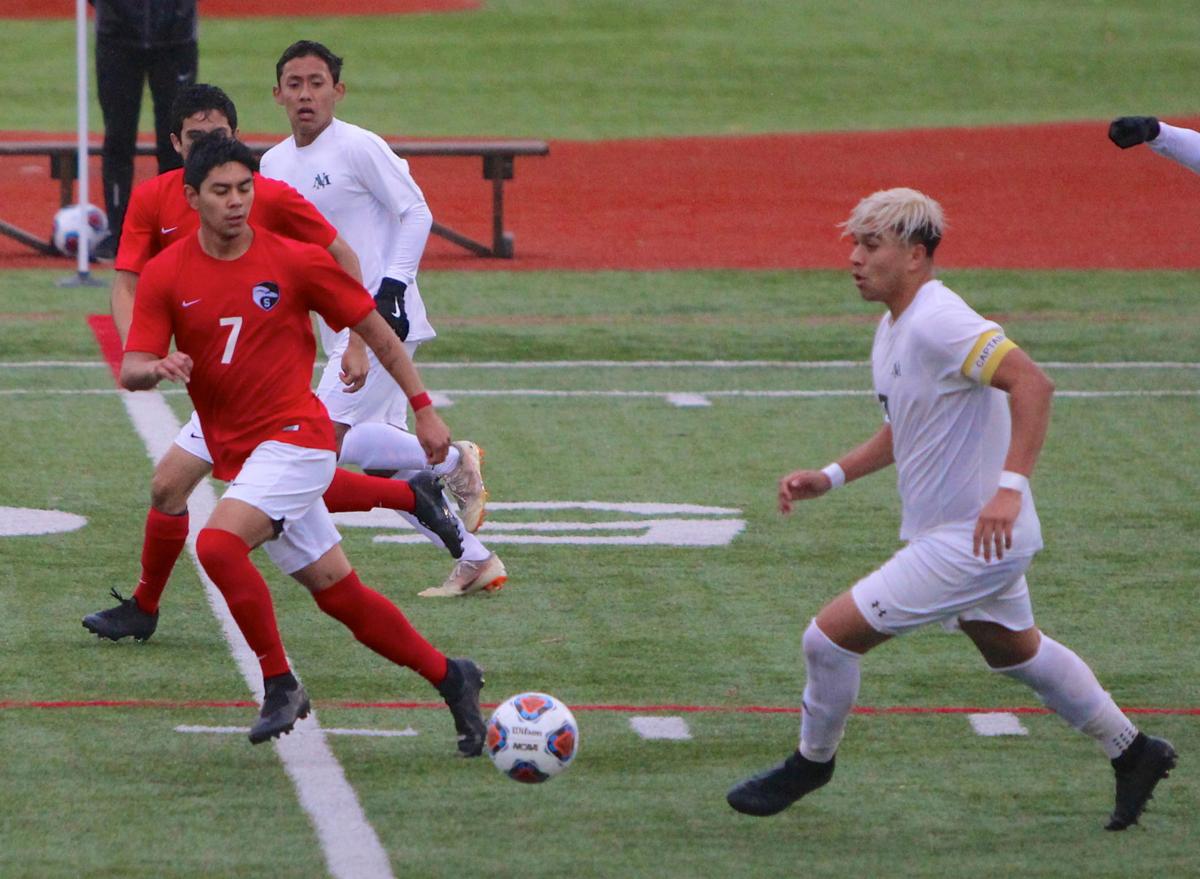 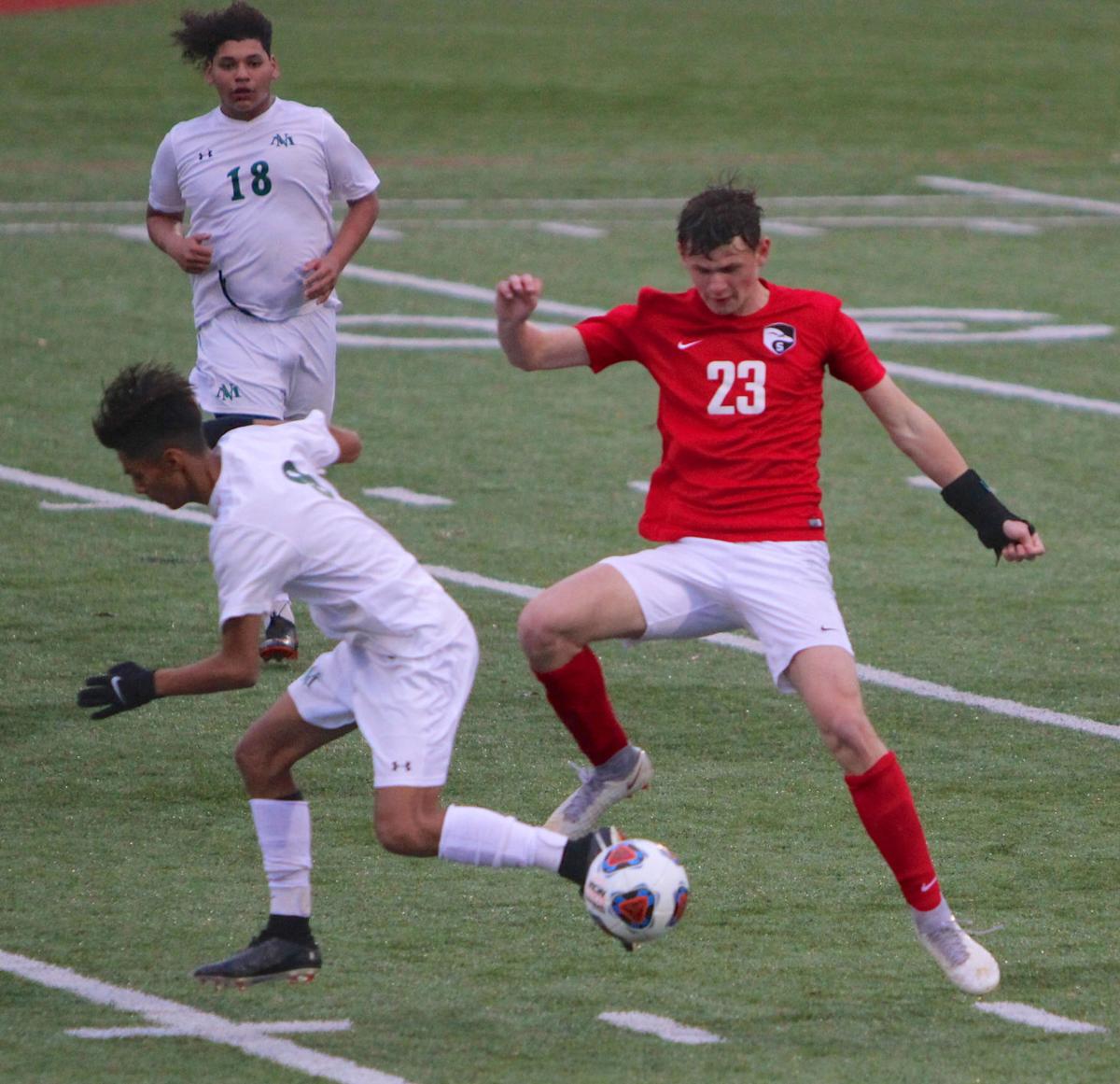 Seaside's Stephen Snyder, No. 23, goes after a free ball in Saturday's playoff game. 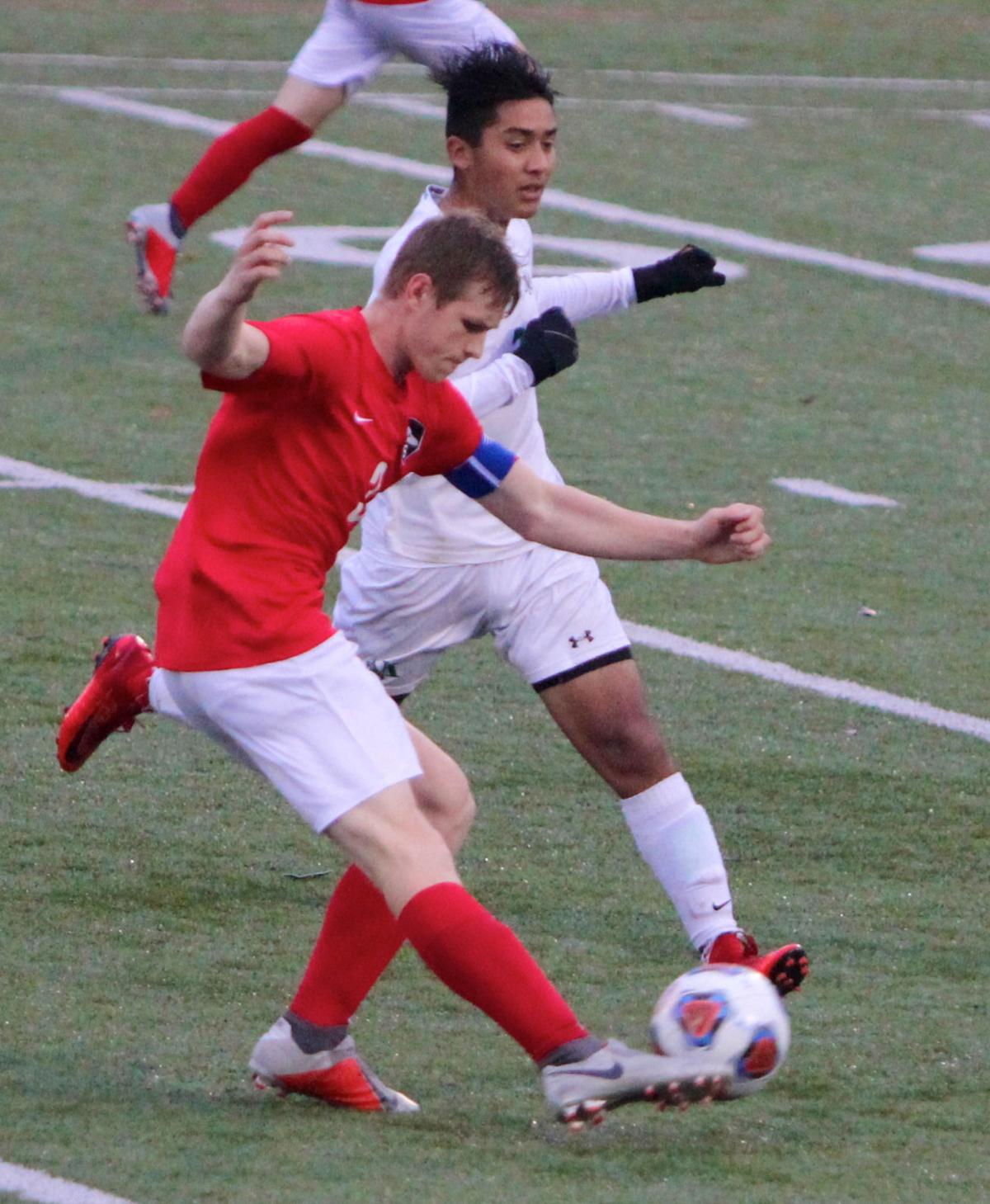 Seaside's Stephen Snyder, No. 23, goes after a free ball in Saturday's playoff game.

SEASIDE — The Seaside boys soccer team limped across the finish line of the 2018 season Saturday night at Broadway Field.

With four players out and a few others playing injured, the Gulls went down kicking, but on the losing end of a 1-0 score to visiting North Marion in a 4A state quarterfinal.

Another few minutes and the Gulls might have scored, but as it was, the Huskies managed to hold on for the win to secure a spot in the semifinals, where No. 13 seed North Marion (9-4-3) will play Tuesday at No. 1 seed Phoenix.

The season comes to a close for a battered and bruised Seaside team (10-6 overall).

A goal by North Marion’s Edgar Lopez in the 10th minute of the first half held up over the next 70 minutes for the Huskies, as the two teams had limited opportunities on the offensive end.

Lopez was taking most of the shots for North Marion. The senior team captain converted his first attempt, as he took a crossing pass into the penalty area, and scored on a left-footed shot to the right post, past a diving Samson Sibony.

But the Huskies had just three shots on goal in the first half, the other two shots coming off the foot of Lopez, and both saved by Sibony.

Seaside had just one shot on goal in the first half (Chase Januik’s attempt deflected off the cross bar), and second half attempts by Dodger Holmstedt and Ryan Hague were both saved by North Marion keeper Colby Gianella. A free kick by Irving Contreras sailed wide left, and a final shot on goal from Parker Conrad was also saved by Gianella.

The Gulls lose 10 seniors to graduation.