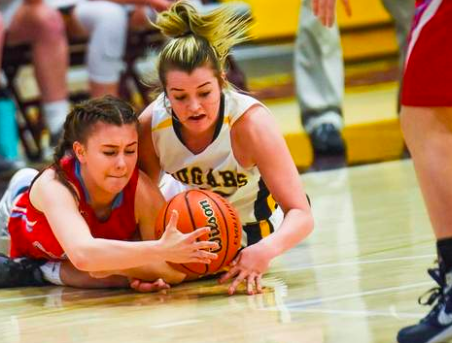 Gulls Emy Kiser battles for the ball against Kristin Cade of the Cascade Cougars. 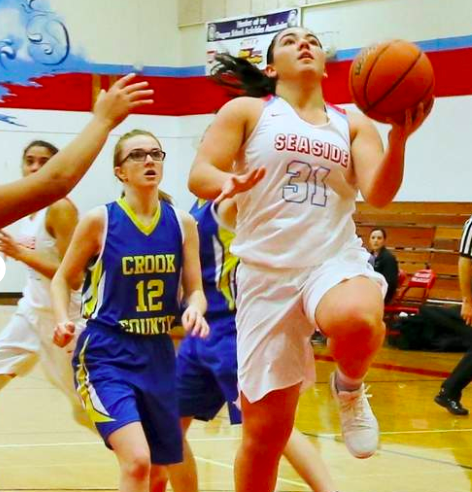 Annaka Garhofer goes for the basket.

Gulls Emy Kiser battles for the ball against Kristin Cade of the Cascade Cougars.

Annaka Garhofer goes for the basket.

The first year of the post-Maddi Utti era was a tough one for Seaside girls basketball.

The Lady Gulls went from a 20-5 overall record and a third-place finish at state in 2016-17, to 8-17 overall and fourth place in the league standings last year.

With the graduation of two all-league players, it won’t be any easier in 2018-19.

Seaside opened its season Wednesday with an overtime loss at Stayton — still not a bad beginning for the Gulls.

“I did not know what to expect, just because we’re so new,” Seaside coach Mike Hawes said. “We had a chance to win a ball game on the road against a pretty good veteran club. We told the girls that we’re a work in progress. We need to be a really good team in January. We were still learning basic plays last night.”

“You always start with Banks,” Hawes said. “(Aspen) Slifka’s a senior, and they have other good players coming back. They have know what they’re doing.”

Elsewhere, “Astoria should be right up there, in terms of talent, size and experience. And of course Valley is always tough. So you can start with the usual suspects. We were down last year and shouldn’t be mentioned in the same breath with those three, but hopefully we can sneak in there and steal some wins.”

Experience? Not a problem for Seaside this season.

Hawes heads into the season with seven seniors on his 12-player varsity roster, with three juniors, one sophomore and one freshman with all kinds of potential.

“We’ll have nice pieces coming back, with a huge senior team, although a lot of them are new,” Hawes said. “Morgan (Blodgett, transfer from Warrenton) and Sydney Van Dusen are new this year.”

Meanwhile, the freshman is Lilli Taylor. She scored 14 points in the loss at Stayton, her first high school game.

“I had to throw my frosh out there, and she did pretty well,” Hawes said. “She will make a difference, adding a bit of a playmaker to the lineup,” although he’s not ready to call her “the next Maddi Utti.”

“Let’s just hope she’s ‘Lillie the first’ and makes her own name,” he said. “It is nice to have a kid who sees the court like Maddi did, and has the skills to finish. That was game one for her, and we kind of joked when she came out for a couple minutes rest, and I said, ‘that might be the last one you get in four years.’”