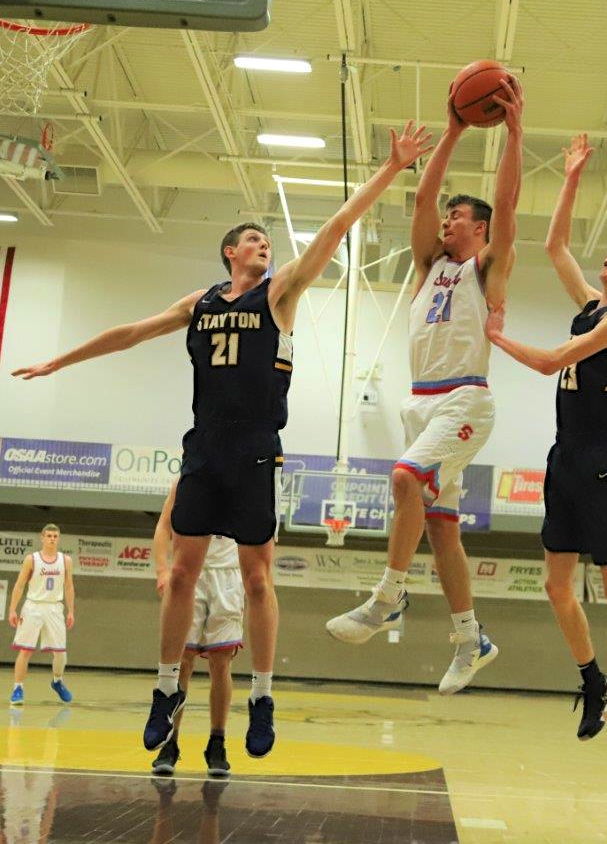 Seaside's Duncan Thompson (with ball) has the upper hand on Stayton 6-foot-8 senior, Kaleb Anundi in Friday's semifinal game, won by the Gulls. 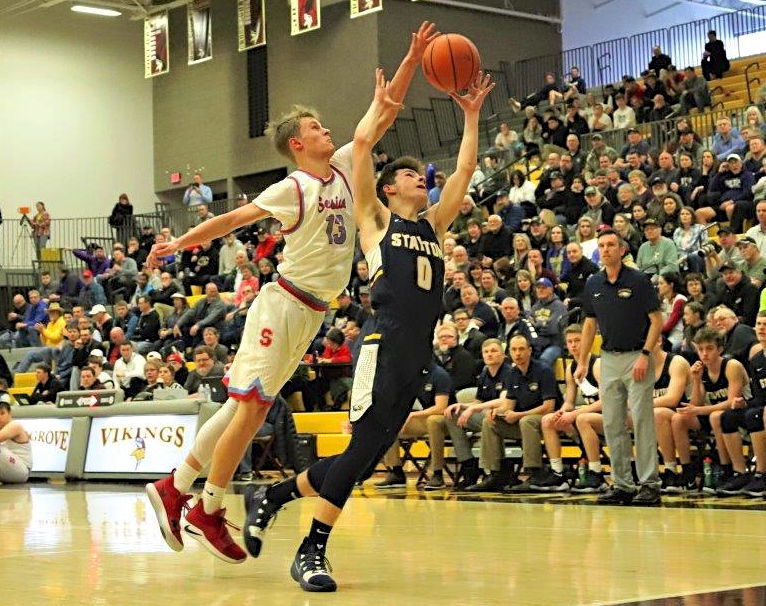 Seaside's Duncan Thompson (with ball) has the upper hand on Stayton 6-foot-8 senior, Kaleb Anundi in Friday's semifinal game, won by the Gulls.

The Gulls locked up their fourth straight trip to the state championship game with a 49-40 win over Stayton, in a semifinal contest of the 4A boys tournament Friday afternoon at Forest Grove High School.

Seaside's victory sets up a rematch of the football state title — and a matchup that most Cowapa League fans saw coming weeks ago — the Gulls vs. Banks (Saturday, 3:15 p.m. at Forest Grove High School) for the state championship.

It will be the third straight year that two Cowapa teams have met in the final, with Seaside defeating Valley Catholic in the last two 4A championship games.

The Gulls punched their ticket to this year's final by rallying from an early deficit, taking a 23-22 lead at halftime, then taking control in the fourth quarter.

Stayton grabbed a quick lead to open second half on a 3-pointer by Riley Nichol for a 25-23 advantage. That would be Stayton's final lead of the day.

The Eagles feature 6-foot-8 Kaleb Anundi and the 6-7 Nichol, but Seaside makes a living off beating bigger teams. The Gulls just moved their game outside a little.

After making five 3-pointers in the first half, Seaside drained three in the opening minutes of the third quarter, including back-to-back bombs by Payton Westerholm and another from Beau Johnson that gave the Gulls a commanding 36-27 lead.

The Eagles tried to keep it close — and they did, for a while.

Consecutive scores by Micah Jenkins had Stayton within 38-37 early in the fourth quarter, but that's as close as the Eagles would get.

Westerholm scored on a floating jump shot, Ryan Hague made two free throws, Westerholm converted four straight, and the Gulls held on from there.