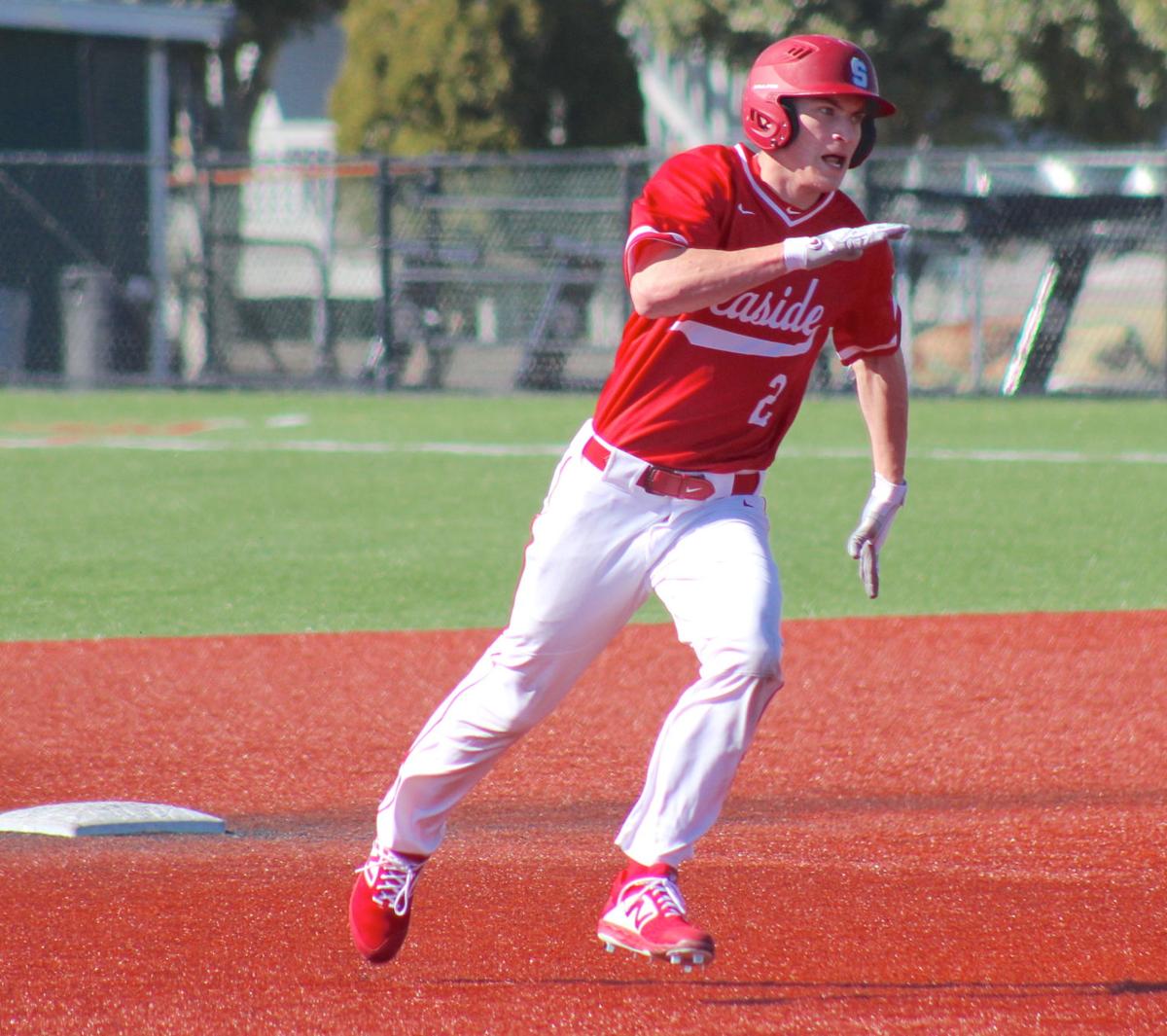 Seaside senior Payton Westerholm rounds second base on his way to an inside-the-park home run. 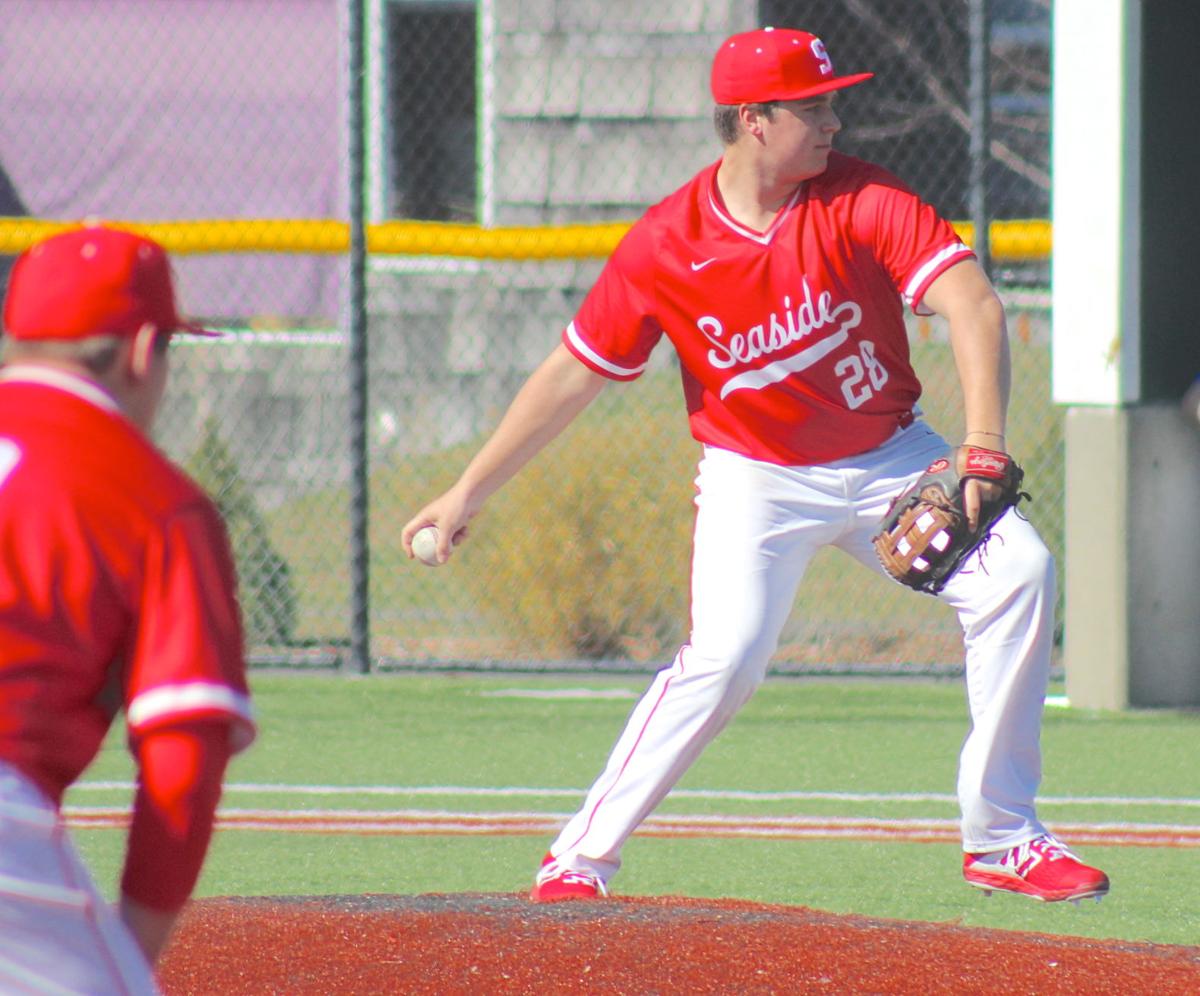 Travis Fenton tossed a two-hitter to lead Seaside to a 12-2 win over La Center.

Seaside senior Payton Westerholm rounds second base on his way to an inside-the-park home run.

Travis Fenton tossed a two-hitter to lead Seaside to a 12-2 win over La Center.

SEASIDE — Seaside banged out 12 hits in just four at-bats Sunday afternoon, in a consolation final of their own tournament at Broadway Field.

Eight teams took part in the annual three-day invitational, with Centralia winning the championship final with a 15-7 victory over Hockinson in a battle of two Washington schools.

The Gulls won Friday, lost a semifinal game Saturday, then bounced back with a solid 12-2 win Sunday over La Center (Washington) in the third-place game.

Seaside scored eight runs in the second inning, and took advantage of a big day on the mound for Travis Fenton, who gave up just two hits with two strikeouts and one walk, with four hit batters.

Offensively, Payton Westerholm began with a two-run, inside-the-park home run in the bottom of the first.

He walked with the bases loaded in the second inning, and finished the day with two hits, three runs scored and three RBIs. Gage McFadden was 3-for-3 in the leadoff spot, while Duncan Thompson and Dylan Meyer were each 2-for-3 with a double. Brayden Johnson and McFadden also each had a double.

Seaside takes to the road this week with games at Gladstone and Molalla, followed by a trip Friday and Saturday to the Treasure Valley Invitational in Ontario.

Seaside opened the tournament Friday afternoon with a 14-0 win over Corbett.

McFadden and Westerholm combined on a one-hit shutout, with McFadden striking out six with two walks in four innings, before Westerholm closed the game.

Thompson drove in four runs and Meyer had three RBIs for the Gulls, who led 4-0 through three innings, then scored 10 runs in the fourth.