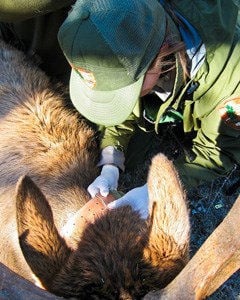 A park researcher fits a radio collar on an elk. 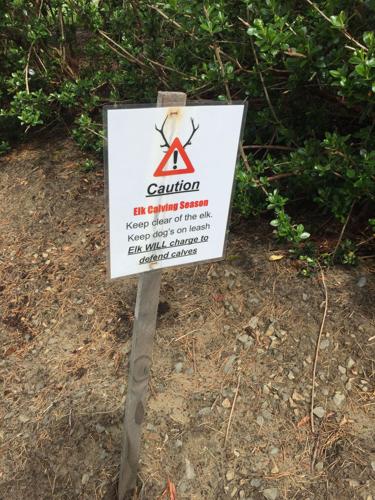 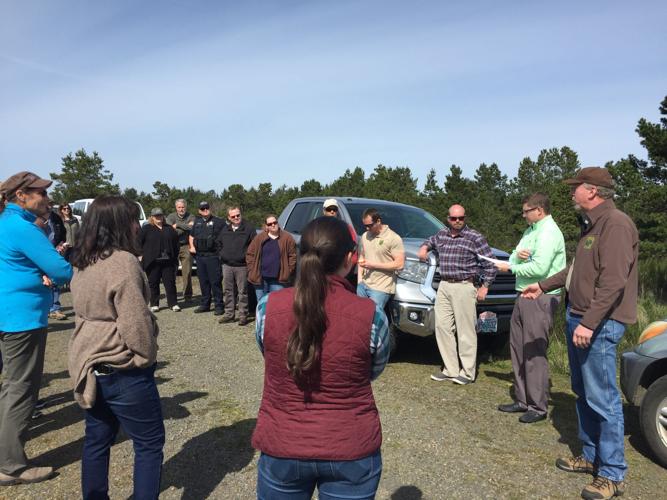 Wildlife biologist Herman Biederbeck (far right) and Gearhart Mayor Matt Brown (to his left) address visitors on the topic of elk in Gearhart. 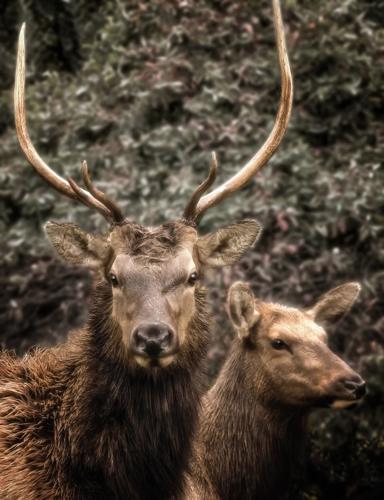 Gearhart officials are mulling the possibility of contraception for the elk population.

A park researcher fits a radio collar on an elk.

Wildlife biologist Herman Biederbeck (far right) and Gearhart Mayor Matt Brown (to his left) address visitors on the topic of elk in Gearhart.

Gearhart officials are mulling the possibility of contraception for the elk population.

For Gearhart residents who have been threatened by a fearsome mama elk protecting her calf or caught amidst the herd, controlling the elk population isn’t a matter of if it’s needed, but how it should be implemented.

Most of the time, elk and humans live peaceably together. “But during birthing, calving or during the rut they became very protective,” Finley said. “That’s the most dangerous time.”

Finley, a former superintendent of Yellowstone National Park, has had his own interactions with elk, especially during rut and calving seasons.

“In terms of public safety, I was chased several times,” Finley said. “I literally ran behind stone pillars. It’s real.”

Finley introduced a novel solution, one that he had seen efficiently control a wild horse population: contraceptive darting.

“Over time, the population went down,” he told Gearhart officials and wildlife commissioners. “It was nonlethal, so people didn’t get upset about it.”

Could it work in reducing the elk herd here?

The immunocontraceptive vaccine called GonaCon is registered by the U.S. Environmental Protection Agency for use on wild and feral female horses, burros, and white-tailed deer, according to Legislative and Public Affairs Gail Keirn of the USDA National Wildlife Research Center. It is not registered for use in elk.

GonaCon works by stimulating production of sex hormones. As a result, females don’t go into heat and males are less amorous as long as there are sufficient levels of antibodies in the female’s body.

GonaCon vaccine has been studied and tested in female elk and found to be effective, Keirn said. Other contraceptive agents have been tested in wildlife, but like GonaCon, they are not registered for use with elk.

First, the animals had to be shot with a tranquilizer dart, accurate up to 45 meters or about 148 feet. Their lack of fear of people made the darting possible.

Once sedated, the elk were rolled on to their chests so they could breathe easier, blindfolded, injected with the vaccine and fitted with a radio telemetry collar to locate them later. Blood samples were extracted. Then they were injected with another drug to reverse the effects of the tranquilizer. The entire process took about 40 minutes.

Subsequent studies showed the contraceptive worked in completely reducing pregnancy for one to two years after the shot was administered.

Herman Biederbeck, biologist of the Oregon Department of Fish and Wildlife, hosted a town hall on elk in Gearhart in 2014 and attended this year’s elk tour with the wildlife commissioners.

The process of darting and catching a free-range animal is next to impossible, he said, even though most of Gearhart’s elk are “pretty tamed down.”

“We’re not talking about a small group of five deer,” Biederbeck said. “This is a herd of 70 or 80 elk. You wouldn’t necessarily have to get all of them, but you’d certainly want to get a high percentage of them to limit the amount of new calves born and recruited into the population.”

Studies show results of immunocontraceptive vaccines in closed populations with deer, Gillin said, but effectiveness is hard to determine.

“Too many animals could come and go from the herd, and unless all the animals were marked, it would be impossible to know which ones had been treated,” he said.

Even if as many as 30 percent were darted, elk would still cause property damage and potential harm to people, dogs or cars, he said. “You’re probably not getting all of them, so you have some you never catch and they’re still making babies.”

The process may have other adverse effects. “I’ve never seen anything saying it affected the animal’s well-being, but I don’t think they know,” Gillin said.

Whether it’s the best option in managing Gearhart’s free-ranging elk population is something that state and federal officials are still not sure about.

The National Wildlife Research Service says further study is needed to determine if fertility control can be applied effectively to a large free-range elk population.

State Senate Bill 373, in effect since January, requires the state’s Fish and Wildlife Commission to adopt a pilot program in cities where officials determine deer “constitute a public nuisance.”

How animals would be taken is not specified, but the pilot program specifies that darts or lethal injection are prohibited.

While “a lot of people aren’t going to like” lethal removal, it’s quick, effective and usually less costly than alternatives, Gillin said. “The harvesting of animals, removing them from the population, is something the state is liable to be able to pull off.”

While a contraceptive vaccine remains a “pretty intriguing concept,” the opportunity for things to go wrong are pretty high, he said.

“Really think it through before you throw a lot of money at this,” he said. “Because you want it to work.”

2022 Best of Health and Wellness

2022 Best of Health and Wellness