Okawa Elementary School, one year after the tsunami. Officials preserved the shell of the school in 2017 as a reminder of the 2011 tsunami. 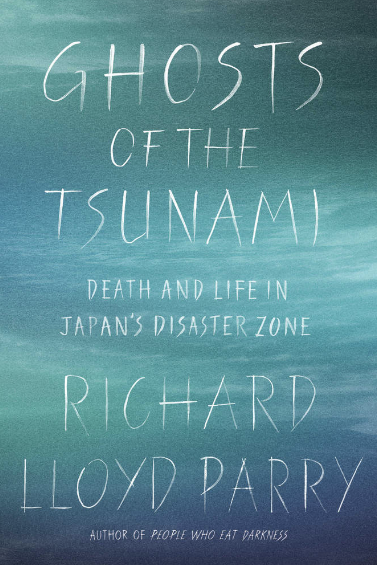 “Ghosts of the Tsunami.” 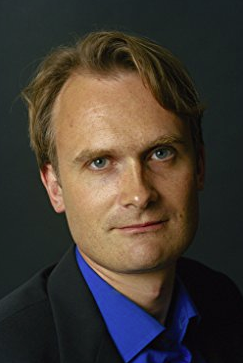 Richard Lloyd Parry, author of “Ghosts of the Tsunami.”

Okawa Elementary School, one year after the tsunami. Officials preserved the shell of the school in 2017 as a reminder of the 2011 tsunami.

“Ghosts of the Tsunami.”

Richard Lloyd Parry, author of “Ghosts of the Tsunami.”

When schools or public institutions put together a safety manual, most of the time — usually all the time — they remain on the shelf. That’s fine, as long as the shelf is still standing when the Big One hits.

When an earthquake struck Japan on March 11, 2011, the staff and students of Okawa Elementary School should have been prepared. The school, on the Japanese Pacific Coast about 200 miles north of Tokyo, followed a manual that should have told students and staff what to do. The plan should have told them to evacuate to neighboring high ground, not to a field standing at sea level.

The event was one of many catastrophic moments in a day that saw homes and cities destroyed, cars swept into the sea and the catastrophic failure of the nuclear power plant in Fukushima. Roughly 18,500 people perished in the tsunami.

“Ghosts of the Tsunami: Death and Life in Japan’s Disaster Zone,” focuses on the lives of those who survived and those who did not.

Author Richard Lloyd Parry traces the path of parents as they painstaking dig through remains, day after day for months and sometimes even years searching for any remnant of their child. The author follows a long and tangled web of bureaucracy designed to deflect public responsibility. And it considers the human toll in a deeply spiritual land where ghosts inhabit the landscape as surely as the living.

In Tokyo, where the author lived, the vibrations lasted for six minutes. “The chinking of the blinds, the buzzing of the glass, and the deep rocking motion generated an atmosphere of dreamlike unreality,” Parry writes.

In Okawa, the “shaking was so strong I couldn’t stand up,” one mother recalled. “Even outside, crouching down, we were almost all falling over.”

Electric lines swayed — “It was as if the whole world was collapsing.”

Then came the tsunami warnings. While power was out, trucks drove throughout the region blasting tsunami alerts. An “O-tsunami,” translated as “super tsunami,” was headed toward Onagawa, a fishing port to the south.

The concrete elementary school was immediately in front of a 700-foot hill. Two hundred people, locals and children, sheltered in the school, cut off and awaiting rescue.

For most, rescue never came.

Two days later, the school was “cocooned in a spiky, angular mesh of interlocking fragments, large and small” — tree trunks, the joists of houses, boats, beds, bicycles, sheds and refrigerators.

Buildings nearby “had ceased to exist.”

“Everything had disappeared,” recalled a survivor. “It was as if an atomic bomb had fallen.”

At the school, it was a scene of tragedy. The road and the houses were “washed from the earth.”

“What stays in my memory,” a local resident told Parry, “is pine trees and the legs and arms of children sticking out from under the mud and the rubbish.”

Of the elementary school’s 108 children, 78 were there at the moment of the tsunami. Seventy-four of those died; 10 of 11 teachers perished.

“Ghosts of the Tsunami” traces the devastation inflicted by the tsunami — its human toll foremost — the search for survivors and painstaking and thankless task of identifying victims.

“No one was just looking for his own friends or grandchildren,” wrote a survivor. “We were pulling everyone out, whoever they were. Every man was weeping as he worked.”

Survivors wondered: What had been going on at the school in the period between the earthquake and the wave? Why didn’t students and staff run to the hill nearby? Why did they have to die?

In a country where such lawsuits are uncommon, 19 families brought their case to the Sendai District Court. In an 87-page final judgment, the court surveyed in detail the actions taken by the teachers and found no fault in their behavior immediately after the quake. But when tsunami warnings blared, “the teachers could have foreseen the coming of a huge tsunami to Okawa Elementary School,” the court wrote.

During the subsequent trial, inadequacies in the school’s evacuation plan were uncovered.

The place of evacuation chosen was inappropriate and administrators unprepared. Despite the screams of older children who knew the risks of the tsunami, teachers kept children on flat land rather than releasing them to a nearby unobstructed hill. Only those few children who fled to higher ground survived. Those who didn’t were slaughtered in the wave.

“Teachers at the school were psychologically unable to accept that they were facing imminent danger,” the court found.

It concluded that the deaths arose because the evacuation of the playground was delayed. Children and teachers eventually fled toward the tsunami, not away from it.

The Okawa parents won a $13.4 million settlement. It was a gratifying moment for the families but a hollow victory.

“All their children were still dead,” writes Parry.

If Japan is “the safest place you could hope to be” after an earthquake, according to Parry, what could happen here?

Fifty-four percent of those who perished as a result of the Japanese tsunami of 2011 were age 65 and older, “and the older you were, the worse your chances,” Parry writes.

How can we take safety measures that address the needs of children in classrooms, but the elderly, the physically challenged and the thousands of coastal visitors?

“Ghosts of the Tsunami” is an important read for those of us considering not only the need for tsunami protections, but to meet the human — psychic and spiritual — needs in a disaster’s aftermath.

“Over the months, I’d become accustomed to hearing the stories of survivors,” relates Taio Kaneta, a Buddhist priest, in the book’s concluding pages. “But all of a sudden, I found myself listening to the voices of the dead.”