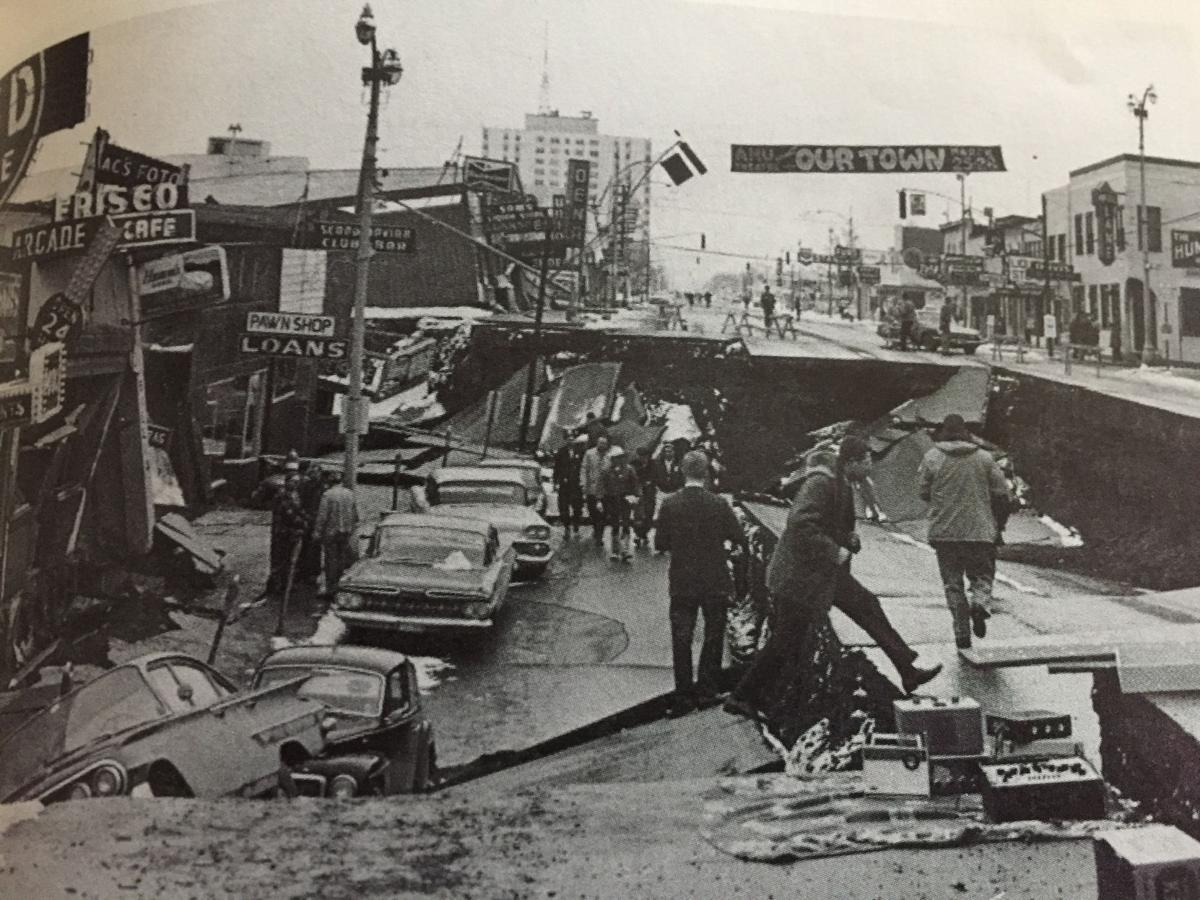 The damage on Fourth Avenue in Anchorage after the March 27, 1964 earthquake. 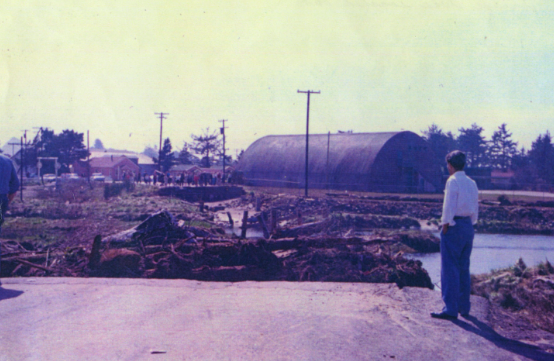 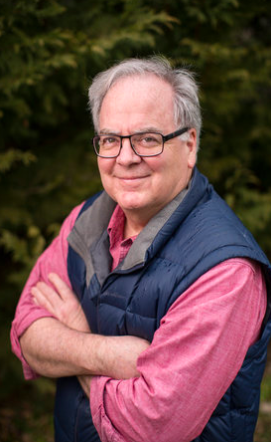 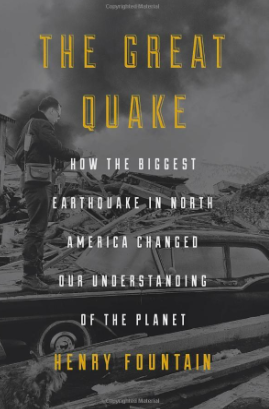 “The Great Quake: How the Biggest Earthquake in North America Changed Our Understanding of the Planet.”

The damage on Fourth Avenue in Anchorage after the March 27, 1964 earthquake.

“The Great Quake: How the Biggest Earthquake in North America Changed Our Understanding of the Planet.”

In Cannon Beach, described by author Henry Fountain in his new book “The Great Quake: How the Biggest Earthquake in North America Changed Our Understanding of the Planet,” as “a sleepy town in Oregon,” participants in a late-night poker game ignored one telephone call warning them of the possibility of a wave.

“A second call a short time later relayed that a wave had just hit the shoreline,” Fountain writes. “Some houses floated away and a bridge into the town was destroyed, but everyone, including the poker players, survived.”

Cannon Beach author Peter Lindsey recalls in his memoir, “Comin’ In Over the Rock,” that after the wave, Elk Creek Bridge washed away and pipelines swept away with the bridge. The town was without water for a week. One home drifted off its pinnings and stumbled up Elk Creek.

Elaine Murdy-Trucke, executive director of the Cannon Beach History Center and Museum, described the 1964 tsunami as hitting the north end of town hardest. “Tsunami debris was distributed throughout the town,” she wrote in the Cannon Beach Gazette. “Though Cannon Beach did not experience the fatalities or devastation of other coastal communities, it was a shocking occurrence that changed how those who live at the coast react to a tsunami.”

“The Great Quake” paints a picture of the people and the landscape, which fell on a Good Friday at 5:36 p.m. “The day had been an ordinary one, overcast but not too dark and not too cold,” Fountain writes.

To one eyewitness, “it was as if the earth were swallowing everyone.”

A family car disappeared into the water, taking everyone with it. The high school basketball coach and teacher vanished with his two preschool-aged sons. An elementary school was a total loss and a hospital narrowly escaped destruction when land gave way.

Near Sherman Glacier, Alaska, the top 500 feet of a 4,300-foot-high mountain broke away during the quake. The ensuing landslide hurtled 25 million cubic yards of rock at 200 miles per hour.

In the city of Valdez, Alaska, pipes from the city’s sewer system spouted into the air, reaching heights of 20 feet or more of water, mud and sewage. The ground rose and fell about 3 to 4 feet with every wave that passed through.

When a tidal wave is out in the deep ocean, Fountain writes, it has little or no effect on the surface. Not so as it nears land. Waves grow taller and can slow to a fraction of their initial speed. Large waves, some more than 20 feet high, left a trail of destruction southeastward along the North American coast to Oregon, California and into Mexico. Waves spread out across the Pacific, to the Hawaiian Islands five hours after the quake and to Japan a few hours later. Tidal waves spawned by the ground movement along the fault traveled across the Pacific at hundreds of miles an hour, reaching the Antarctic Peninsula 10,000 miles away.

At the southern edge of the Olympic Peninsula, high water washed away a bridge in the town of Copalis Beach, Washington. Boats sunk in Santa Cruz, California, and 10-foot-waves carried off fishing boats near Catalina Island.

Four children were swept away in Newport as waves hit in two surges; only one body was recovered.

In Crescent City, California, 10 miles south of the Oregon border, the waves proved most lethal.

The 1964 Alaska quake killed 139 people; 13 of those as a result of waves in California and five in Oregon.

The magnitude 7.9 earthquake was recorded in the Pacific Ocean at 12:32 a.m. on Jan. 23, about 170 miles southeast of Kodiak, home to one of the nation’s largest Coast Guard bases.

Management at Camp 18 Restaurant on U.S. Highway 26 reported more than 40 cars of people trying to evacuate in their parking lot at 4 a.m.

In Cannon Beach, Fire Chief Matt Benedict and first responders made the decision to open a joint emergency operation center for Cannon Beach, Arch Cape and Falcon Cove, before closing after the tsunami watch was called off around 4 a.m.

In the aftermath, Tiffany Brown, the county’s emergency management director, told The Daily Astorian’s Brenna Visser she hoped to turn January’s tsunami scare into an educational moment for the county, cities and people in the community.

Brown wants to launch a public education campaign about how tsunami alerts work to address confusion. She’s also encouraging more people to register with the local alert system. The majority of the 18,000 residents registered are on landlines, with only 3,200 registered on cellphones — a factor that could hinder the county’s ability to get the word out in an actual emergency.

“This was a great scenario to put us through,” Benedict said. “With this occurring near Alaska, it gave us some time. … I’d rather plan ahead than play catch-up.”