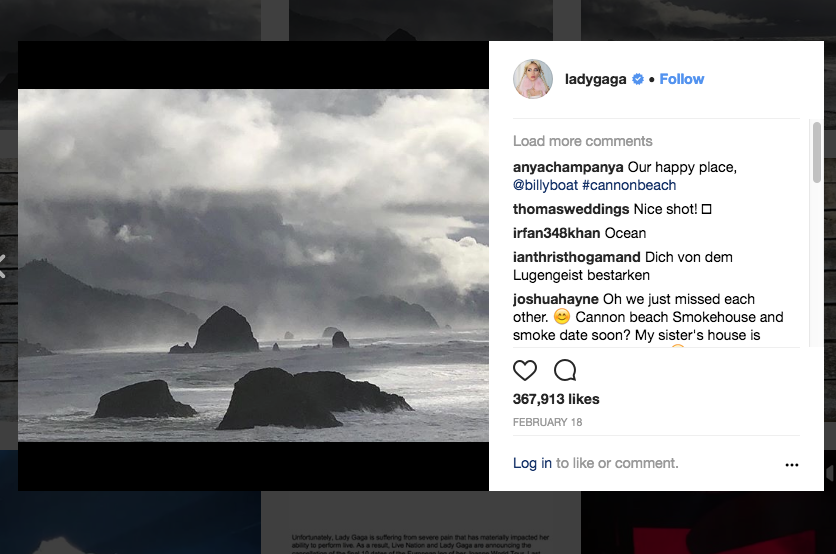 You're as likely to hear about what's going on in your own back yard from Twitter as you are from your next-door neighbor. 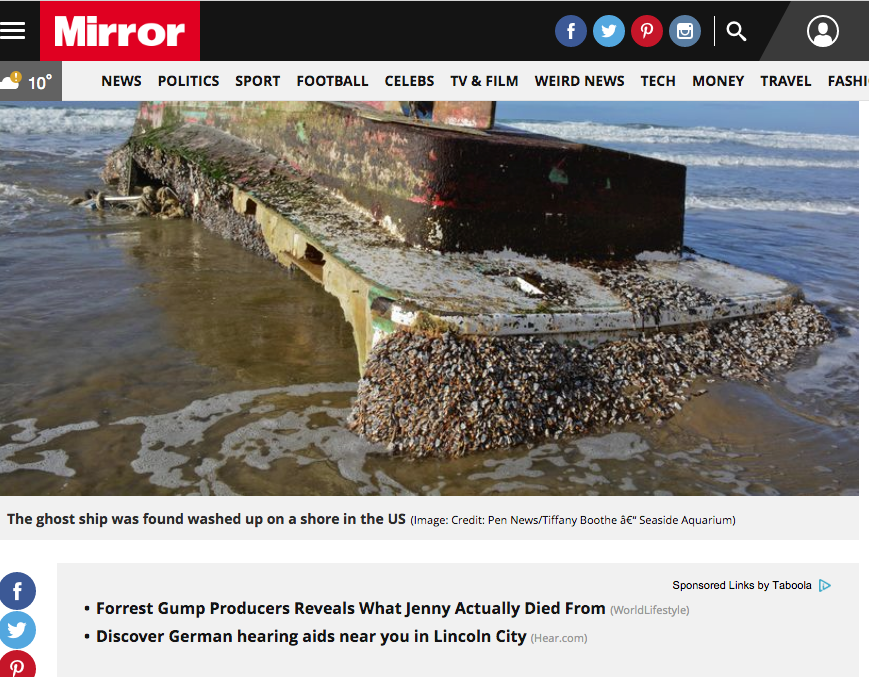 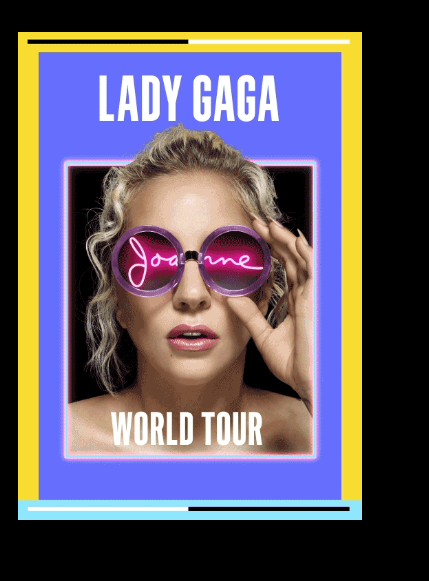 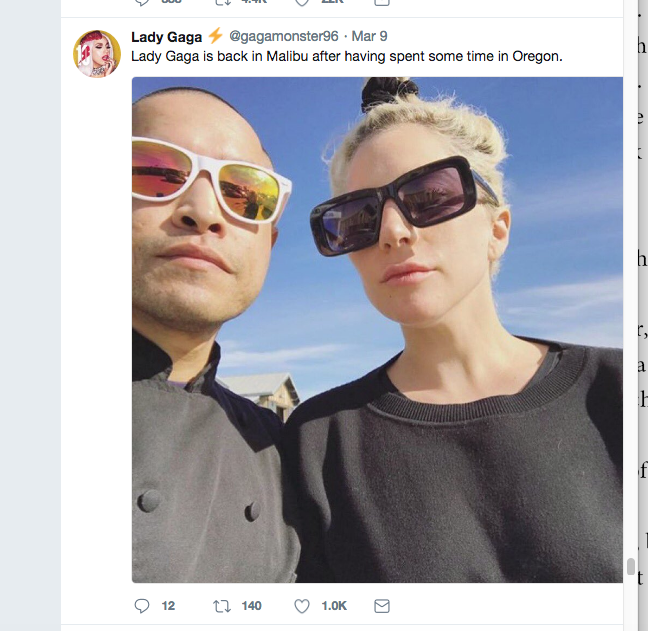 Lady Gaga and friend in Cannon Beach, as posed on Twitter. 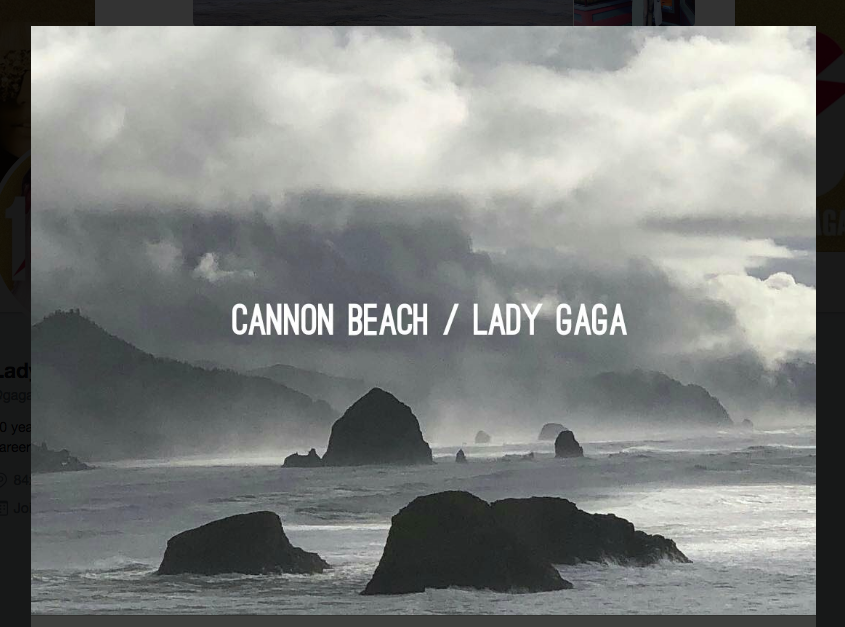 Lady Gaga and Cannon Beach, on a link shared via social media.

You're as likely to hear about what's going on in your own back yard from Twitter as you are from your next-door neighbor.

Lady Gaga and friend in Cannon Beach, as posed on Twitter.

Lady Gaga and Cannon Beach, on a link shared via social media.

I’ve added “Cannon Beach” to my list of news alert search terms, delivering local, national and international links to my email inbox. Completely random, often barely relevant, real news, fake or otherwise, they nevertheless represent a mirror on our world we may not immediately recognize.

When eight members of the Hart family were presumed dead after an SUV hurtled off the side of the mountain in California, a news tie to Cannon Beach seemed far-fetched, even unlikely. Both the Oregonian and Bend Bulletin looped Cannon Beach into their stories on the crash — through Jessica Smith, the woman who drowned her toddler in a Cannon Beach hotel in 2015. “Family annihilators,” they are called by criminologists. Does this mean Cannon Beach will be forever entwined with this clinical subset of horrors?

Fortunately for the Chamber of Commerce and local lodging enterprises, the good outweighs the bad when receiving updates from around the country and around the world.

This headline from the L.A. Times is resplendent: “Cannon Beach captures the best of the Oregon Coast.”

San Diego Magazine sent a reporter to Cannon Beach in 2017, describing it as “arguably the single most-Instagrammed location in Oregon.”

“With boulders rising out of the waves, tree-covered mountains and jagged cliffs cascading right into the ocean, this is the Northern Pacific at its finest,” they enthuse.

No wonder so many Californians want to move here.

Links pop up for listicles, like one from Forbes touting “the world’s 50 best beaches.” Cannon Beach is hanging in there by a thread at No. 50, but nevertheless it’s on the list, just behind No. 48, Ageeba Beach, Egypt, and No. 49, Diani Beach, Kenya.

“The Pacific Northwest’s most majestic creation is Cannon Beach, in Oregon,” Forbes declared in November. “Majestic rocks soar far above the picturesque coastline while the watercolor sky paints the sea in vibrant shades of blues and teals throughout the day.”

The Thrillist, an online food and lifestyle guide, selects Cannon Beach as “the best small town to visit in Oregon,” ahead of McMinnville and Carlton. (Astoria comes in as No. 4).

One day my alerts reported Trip Advisor’s “16th annual Traveler’s Choice Awards for the best hotels in the U.S. for 2018,” bringing our city into some lofty company. I must say I do feel some pride to know the Stephanie Inn is No. 5, sandwiched between the Hotel Emma in San Antonio, Texas, and the Santa Maria Suites in Key West, Florida.

A whole population who have never lived here consider Cannon Beach part of their life story, impactful enough to be included in an obituary or a wedding announcement.

Consider John Butler Brassfield, who died March 8, at the age of 95. According to his memorial announcement in the Seattle Post-Intelligencer, he spent his early years in Oregon, moving back to Seattle in 1939.

He served as president of the West Seattle Monogram Club. He was a golfing member at Meridian Valley Golf and Country Club, where he shot his age in his 80s. He and his wife Barbara traveled around the world. And they celebrated wedding anniversaries at the Stephanie Inn at Cannon Beach.

Tammy Harris of Moscow, Idaho, died Feb. 28 at age 55. A founding member of her local Habitat For Humanity, a certified nurse practitioner whose family was “of utmost importance,” she and her husband married in Cannon Beach in 2007.

Larry and Kathy Morehouse of Yakima celebrated their 50th wedding anniversary this month in Cannon Beach — a place they have been visiting for 45 years, according to the Yakima Herald-Republic.

On the coast, we’ve read of the fishing boats washed ashore from Japan subsequent to the 2011 tsunami. One remains beached at an end of Hug Point.

We received an alert in December with a new story twist. “Although the wreck clearly showed the signs of wear and tear you’d expect, it was also teeming with life, including gooseneck barnacles, which can sell for £90 a plate,” wrote The Mirror, Britain’s “intelligent tabloid.” That would be British pounds sterling or about $128. I was left shaking my head at the innovation of the writer, who had discovered a completely new angle to a five-year-old story. Who would ever think of eating the 7-year-old barnacles off a boat that had quite possibly been exposed to radiation after the meltdown of the Fukushima nuclear reactor?

Those Brits have their finger on the pulse of Cannon Beach, for sure. It took this alert from another Brit tabloid, The Sun, to inform us that we just missed a visit from Lady Gaga in our own backyard.

“Lady Gaga is back in the recording studio after health problems made her axe her latest tour,” wrote The Sun in early March. “She has teamed up again with Born This Way and Artpop producer DJ White Shadow in Cannon Beach, Oregon — an area with ‘healing properties.’”

Lady Gaga canceled her last tour due to fibromyalgia, and the inference is that Cannon Beach is the Lourdes of the North Coast. “Back in Malibu after having spent some time in Oregon,” Gaga tweeted.

Links to her Instagram account confirm what appears to be the visit, with pictures of the iconic sea stacks.

If her bassist Jonny Good hadn’t shared the story with the tabloids, we would have never known.

I continue to check my alerts, not only for Cannon Beach and Seaside, which I cover, but Saugatuck, Michigan, where my dad lives, and Katonah, New York, where I lived and worked for a newspaper for 20-some years. It’s almost like being there.