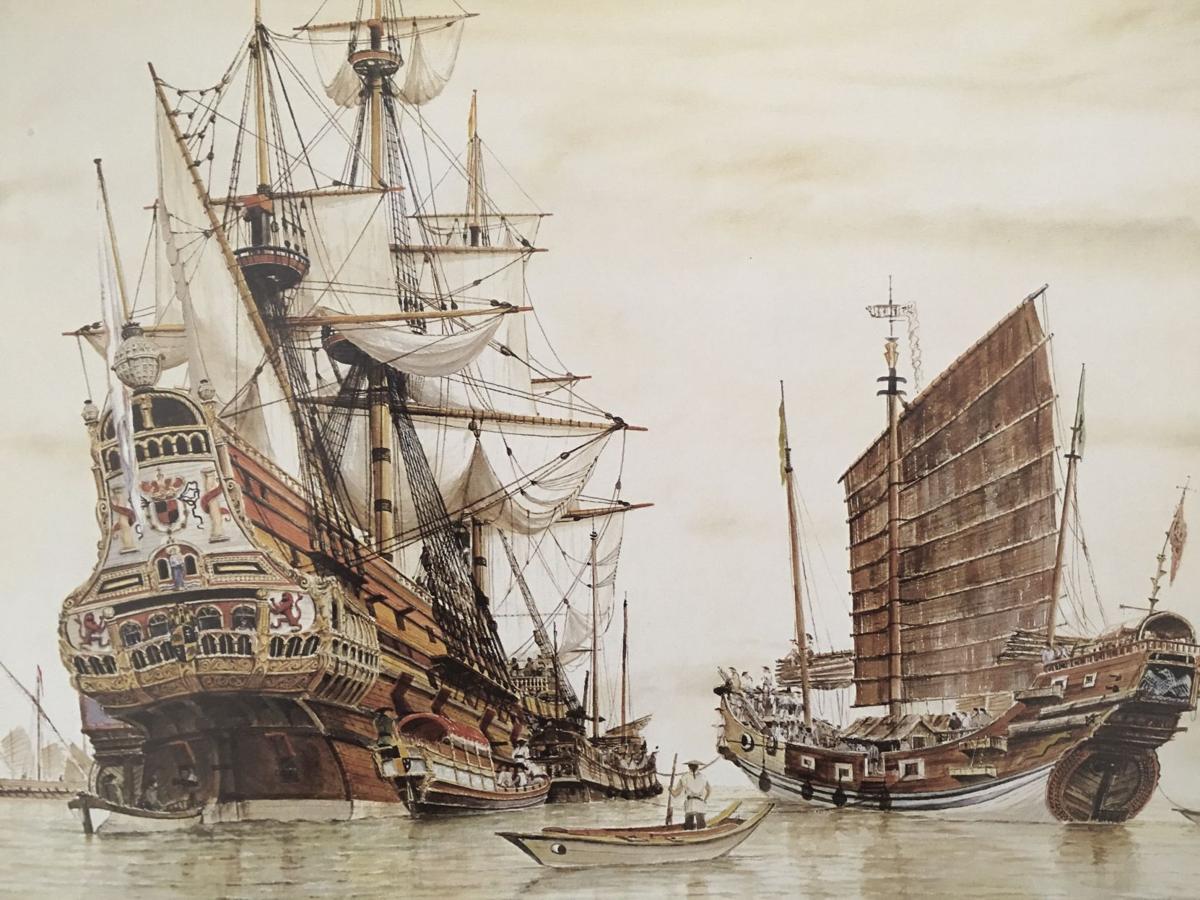 Manila galleon in harbor, being loaded by Chinese vessels. 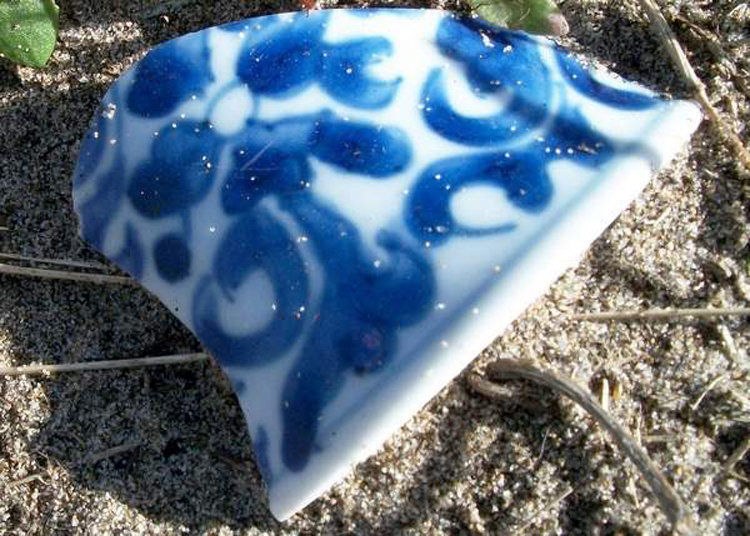 Porcelain is among the artifacts washing up on the Nehalem Spit from what investigators with the Beeswax Wreck Project believe is from the Spanish galleon Santo Cristo de Burgos that sank near the beach in the late 17th century. 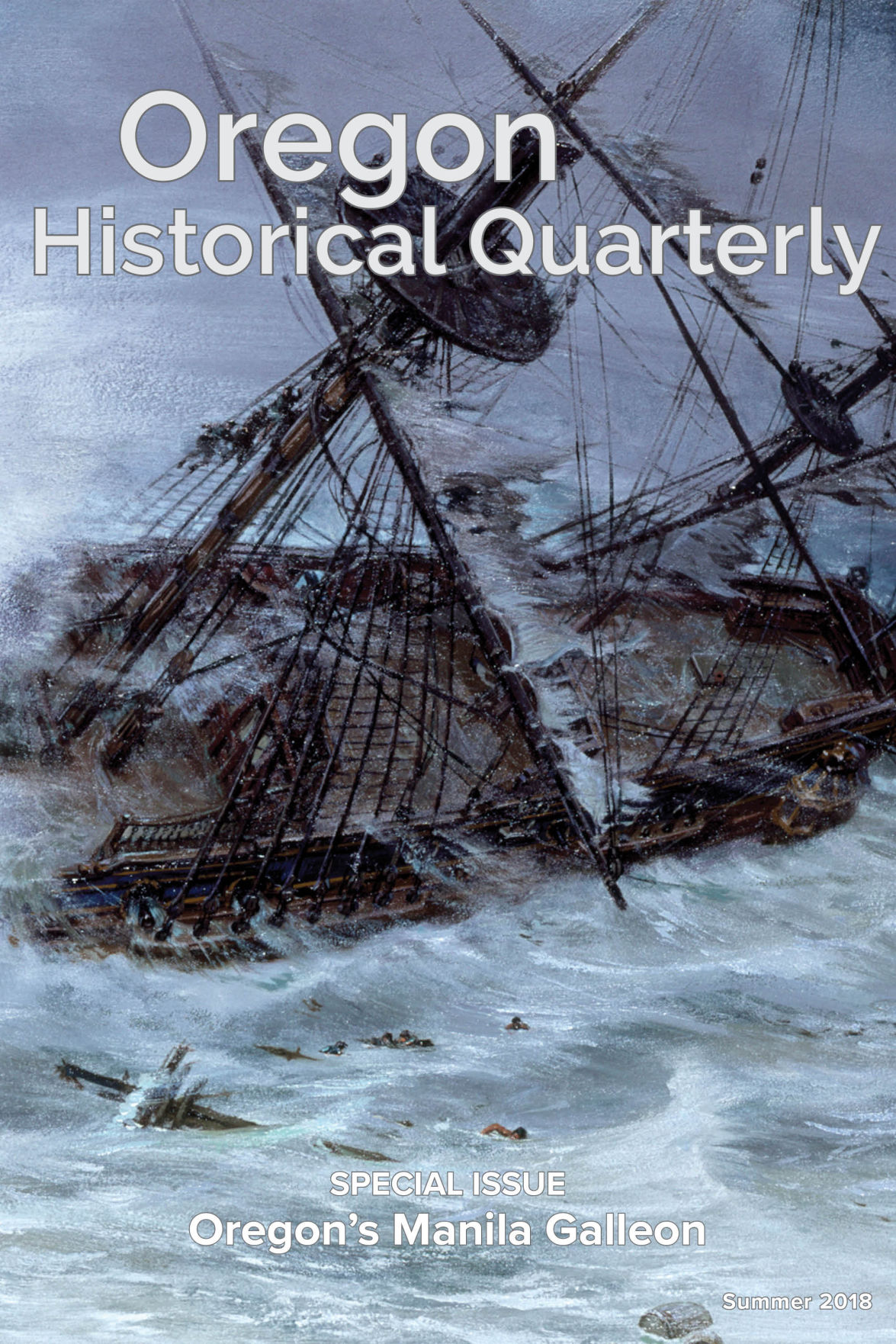 A new edition of the Oregon Historical Quarterly focuses on the Beeswax shipwreck, thought to be somewhere near the Nehalem Spit and Neahkahnie Mountain. 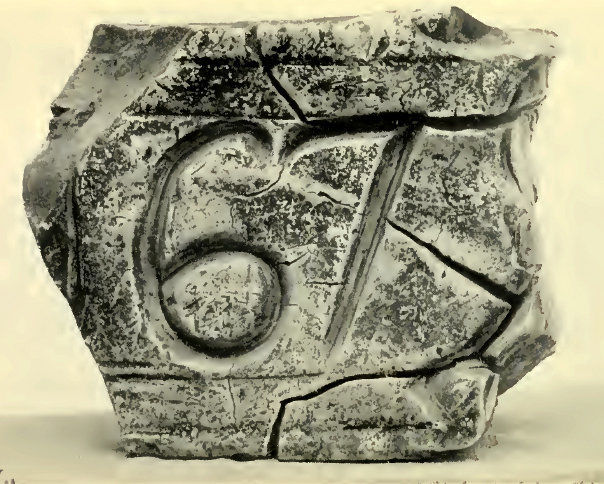 Beachcombers have long found marked blocks of beeswax, like this piece found in 1915, that investigators with the Beeswax Wreck Project believe are from the Santo Cristo de Burgos.

Manila galleon in harbor, being loaded by Chinese vessels.

Porcelain is among the artifacts washing up on the Nehalem Spit from what investigators with the Beeswax Wreck Project believe is from the Spanish galleon Santo Cristo de Burgos that sank near the beach in the late 17th century.

A new edition of the Oregon Historical Quarterly focuses on the Beeswax shipwreck, thought to be somewhere near the Nehalem Spit and Neahkahnie Mountain.

Beachcombers have long found marked blocks of beeswax, like this piece found in 1915, that investigators with the Beeswax Wreck Project believe are from the Santo Cristo de Burgos.

Decades of researchers have called the ship the “wreck of the Beeswax,” because of the characteristic 17th-century cargo found off the Oregon Coast, beeswax, used for candles and illumination.

But which boat was the “Beeswax” — the Santa Cristo de Burgos, a Manila galleon that sailed in 1693, or the Xavier San Francisco, a galleon that launched more than a decade later and has never been accounted for since?

“When the wreck occurred, where the unfortunate ship sailed from, where it was going, what happened to its crew and how the wreck affected coastal native communities have been questions of a Oregon mystery tale for 200 years,” write the authors of a special issue of the Oregon Historical Quarterly, “Oregon’s Manila Galleon.”

The telling reads like a combination of Robert Lewis Stevenson and Gabriel Marquez, with pirates, untold riches and drunken galleon captains.

North Coast author and historian Cameron La Follette presented her team’s findings — a result of three years of research — at the Oregon Historical Society in Portland. To research the galleon itself, the team used resources in Manila, Mexico City and Seville, Spain. For the subsequent history of the treasure hunt, authors focused on treasure trove records stored within our state.

Researchers know that the Santo Cristo de Burgos launched from Manila in 1693.

The ship was a Manila Galleon, with an international crew of seaman, gunners and officers entrusted with the transport of millions in gold, silk and commodities in the midst of a burgeoning global world trade between Asia and Europe.

The largest ships of their day, a galleon’s value could build an economy or sink it; navigation took extraordinary courage.

“The ships were laden with massive amounts of luxury goods and then it was a life or death enterprise to cross the Pacific for six or nine months and risk death by starvation or worse, scurvy,” La Follette said in a phone interview. “But if you made it to Acapulco, the return on profits was so great that you would be wealthy beyond your dreams.”

Based on historical records, a fierce storm is the most likely culprit for the wreck of the Santo Cristo de Burgos.

A hasty departure from port, a shortage of crew and construction vulnerabilities may have also played a role.

Some of the crew seem to have survived, La Follette said. “Some versions say around 30, some say most of the crew,” she said.

Survivors may have provided members of the Tillamook tribe with their first contact with non-native people.

“Because it was the first, it inaugurated the native peoples of the area in a worldwide commerce that they had not been involved in and maybe would not have wanted to be involved in,” La Follette said.

Some reports say survivors tried to leave the area and others report they may have settled within the community.

No report of any survivor reaching safety was ever received.

Over the next 300 years, flotsam that matches what was determined to be documented cargo on the Santo Cristo de Burgos appeared on the beaches of the Oregon Coast, along with reports seeing portions of the “gigantic old wreck” near the water line.

Because beeswax with a marking consistent with those catalogued in the Philippines was found east of Nehalem Bay, researchers believe that the tsunami of 1700 may have lifted or transported debris or cargo from the Santo Cristo de Burgos, which would have crashed seven years earlier.

“How did it get there? It didn’t walk,” La Follette said.

To positively identify the Santo Cristo de Burgos as the source of the beeswax — along with pieces of blue porcelain — authors examined other potential shipwrecks that might have left such cargo in their wake.

The San Francisco Xavier of 1705 is also a candidate. But since its disappearance occurred after the 1700 tsunami, it is considered unlikely that wreckage from the boat could have been found where it has.

“It seems the evidence is compelling it would be very unlikely that it is the San Francisco,” La Follette said.

Blue porcelain of the type found in Nehalem and now stored in the Tillamook Museum is listed on the Santo Cristo de Burgos’ manifest.

“It’s relatively clear that the heavier part of the ship is offshore and underwater somewhere,” La Follette said. “It probably moved just because of time and sand covering it. The tsunami may have rolled it around even though it was underground already. Some of the upper parts may have come off.”

If the cargo did come from the Santo Cristo de Burgos, other clues could be waiting underneath the sand — teak, used in the ship’s construction, and some of the 2½ tons of mercury shipped from China and headed to Mexico for the processing of silver.

So many people have scavenged on Neahkahnie Mountain looking for clues to the wreck that it is referred to as “The Mountain of 1,000 Holes.”

Treasure hunters like Pat Smith, Charlie Pike and Dean Grimes started what became something of a craze.

Officials became so alarmed at the environmental impacts of amateur searchers that they passed a “treasure hunting law” in 1967, requiring a permit for digging. This backfired, as more sophisticated and invasive equipment was utilized by professionals. The law was repealed in the 1990s.

Treasure hunting is no longer permitted on state lands, but the search for clues continues.

“The sands are always uncovering something,” La Follette said. “It’s a matter of time and persistence.”