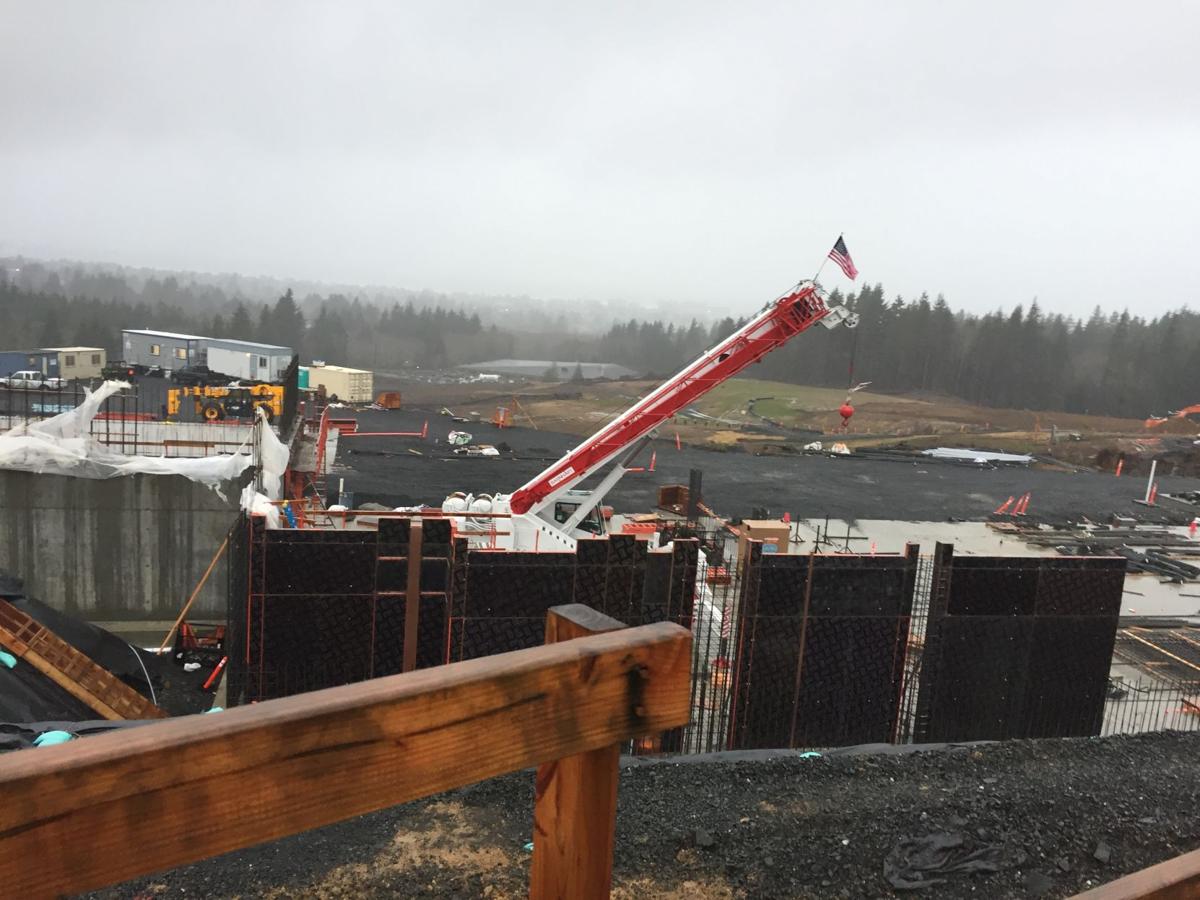 Crane lifts rebar and other material onto the site. 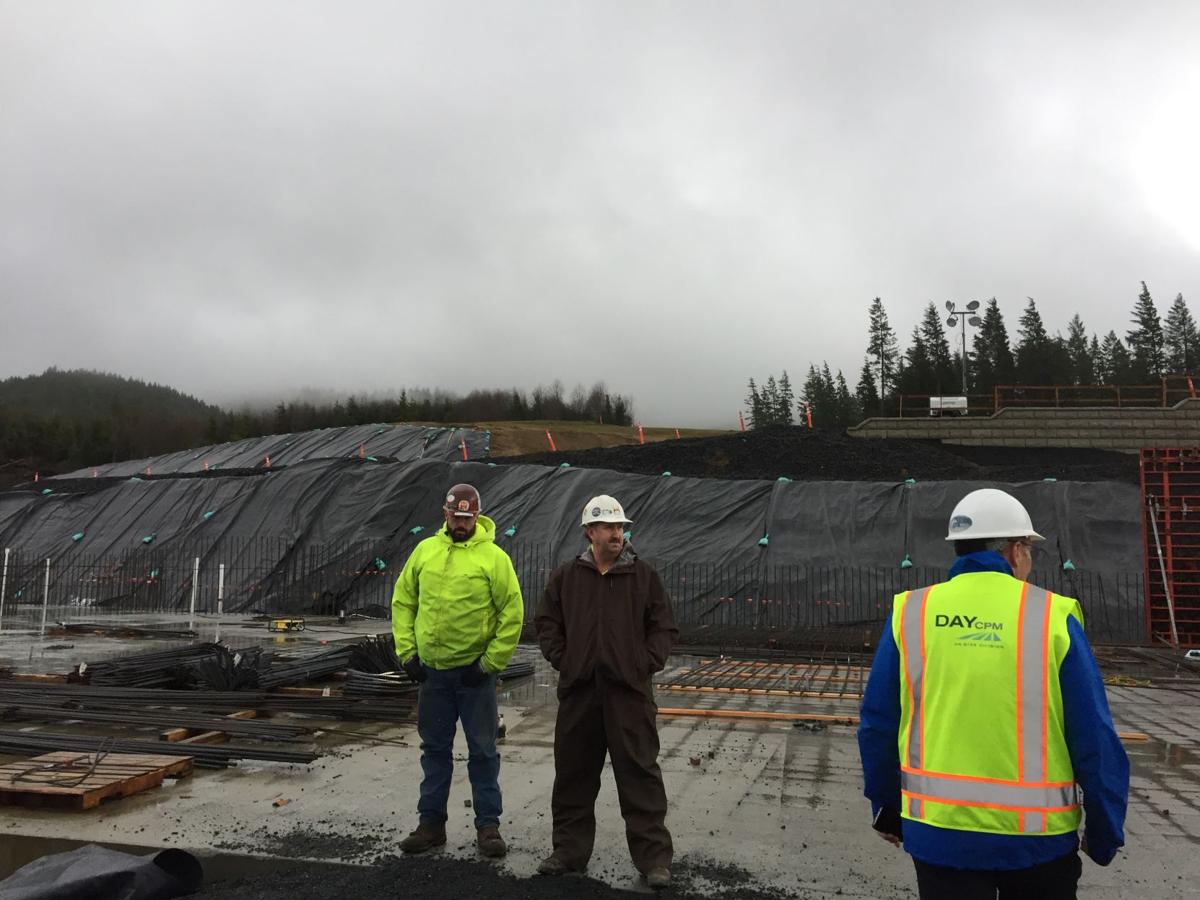 Construction workers at the Seaside campus. 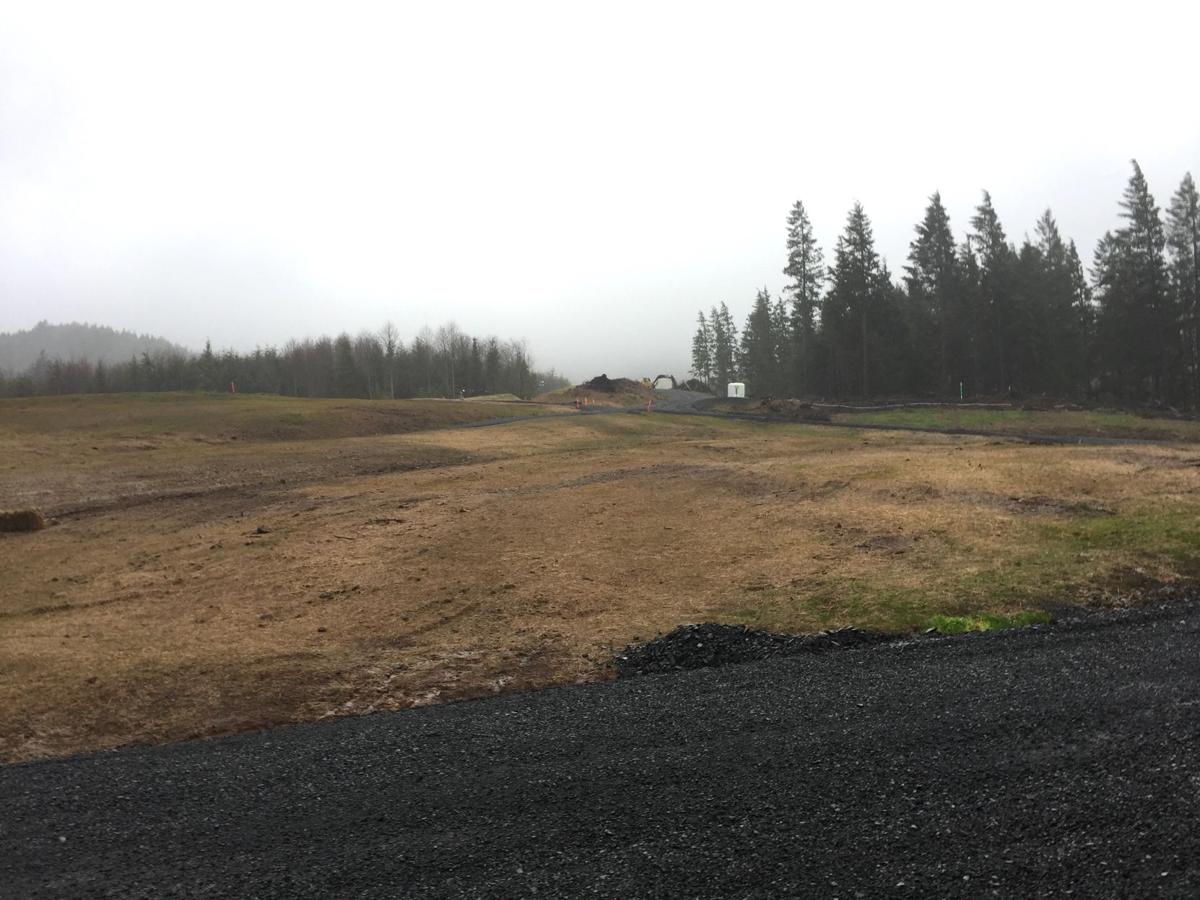 A view uphill from the building site. 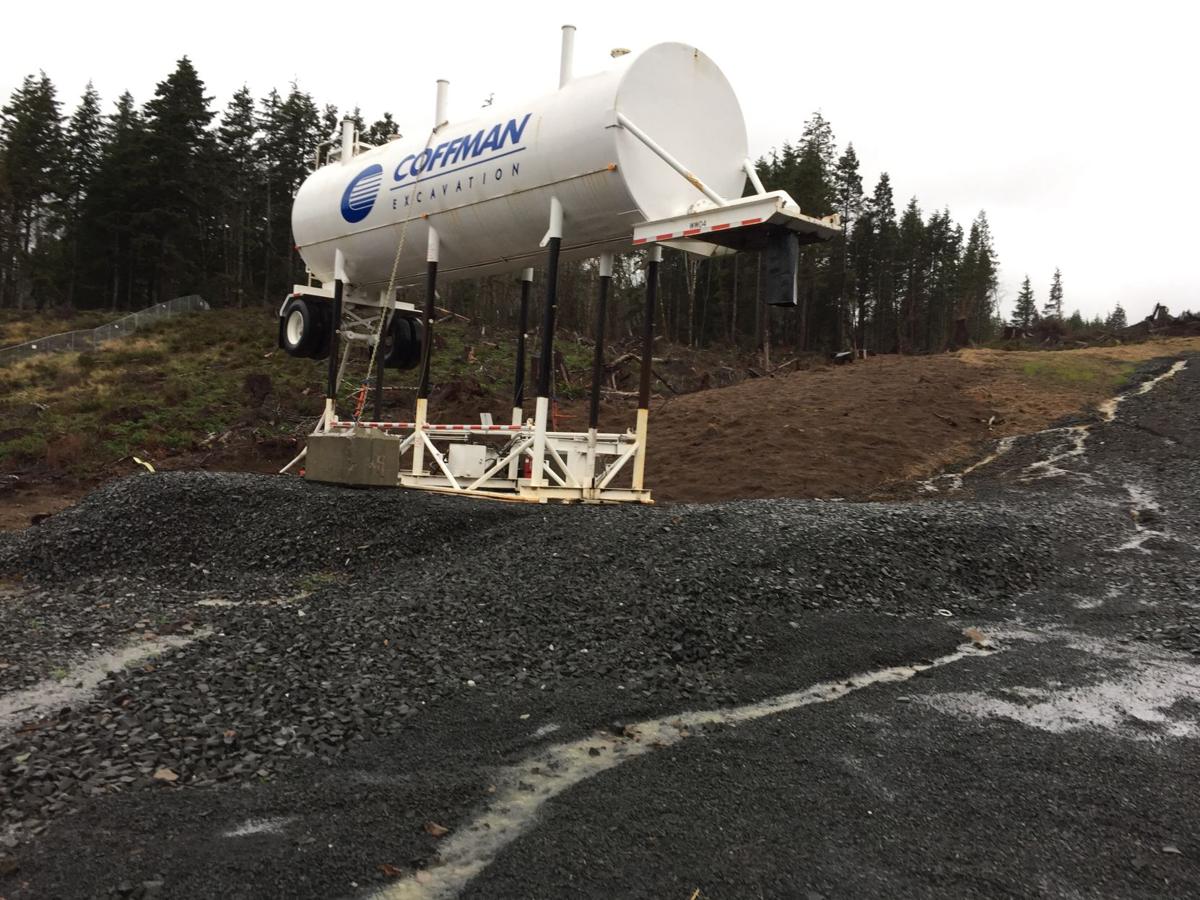 Run-off as heavy rain hits the campus site on Dec. 11. 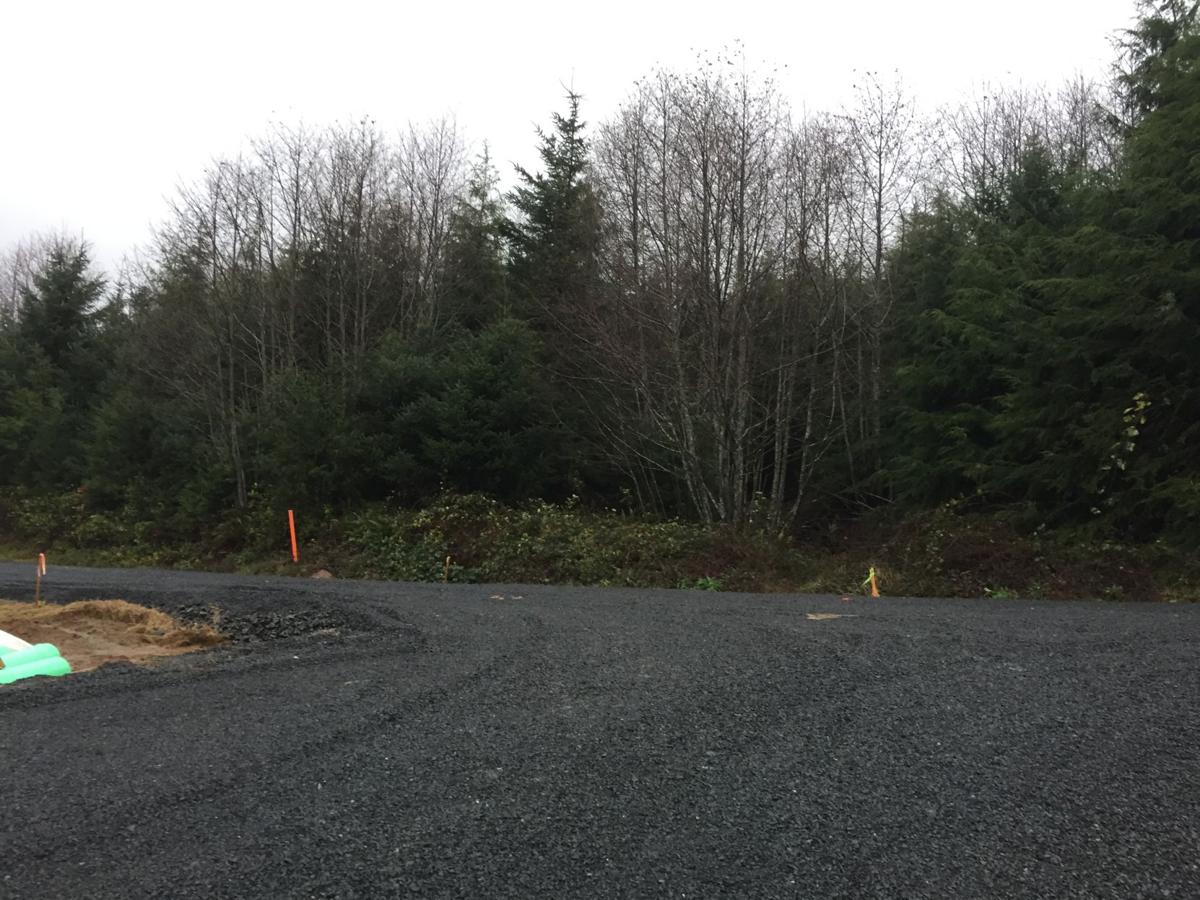 Proposed future site of the Seaside water tank. The 2-million gallon reservoir will serve the school and neighbors. 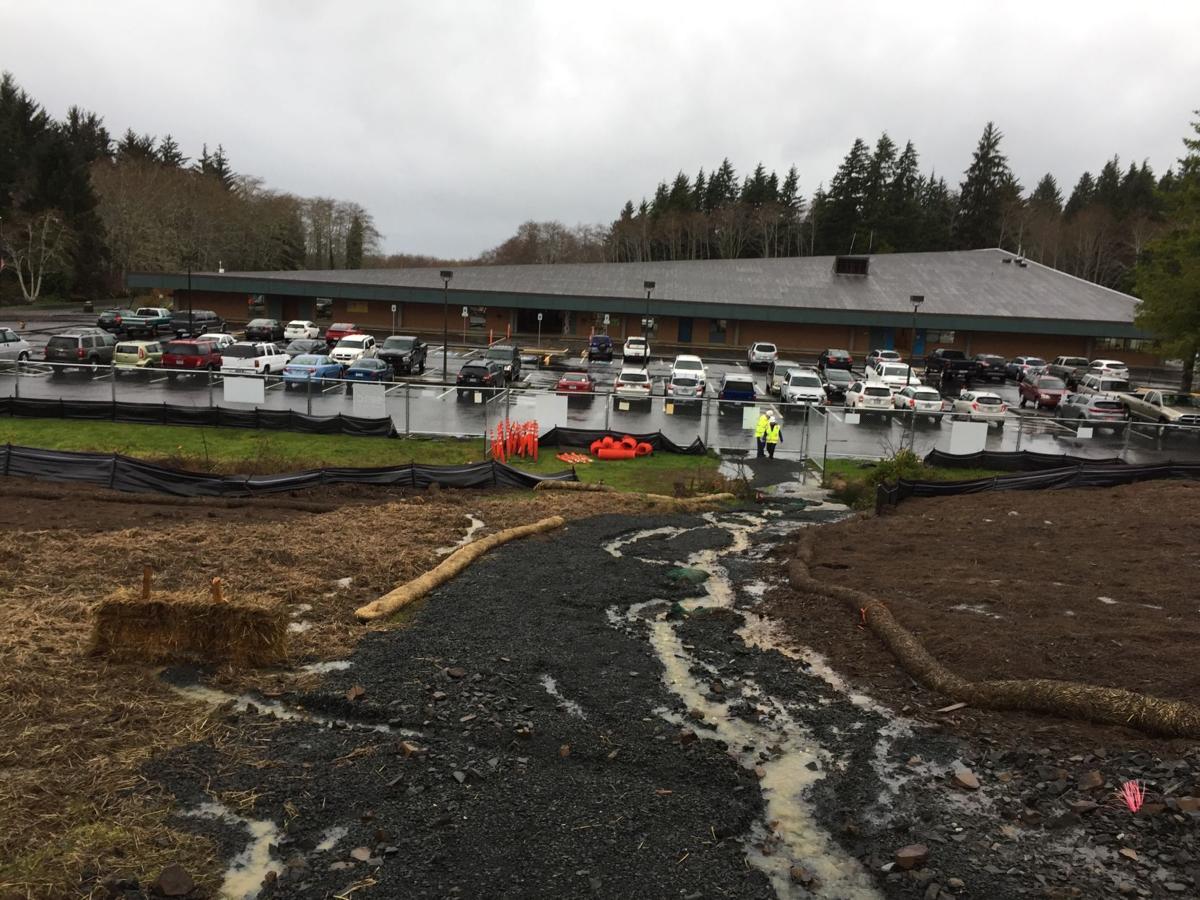 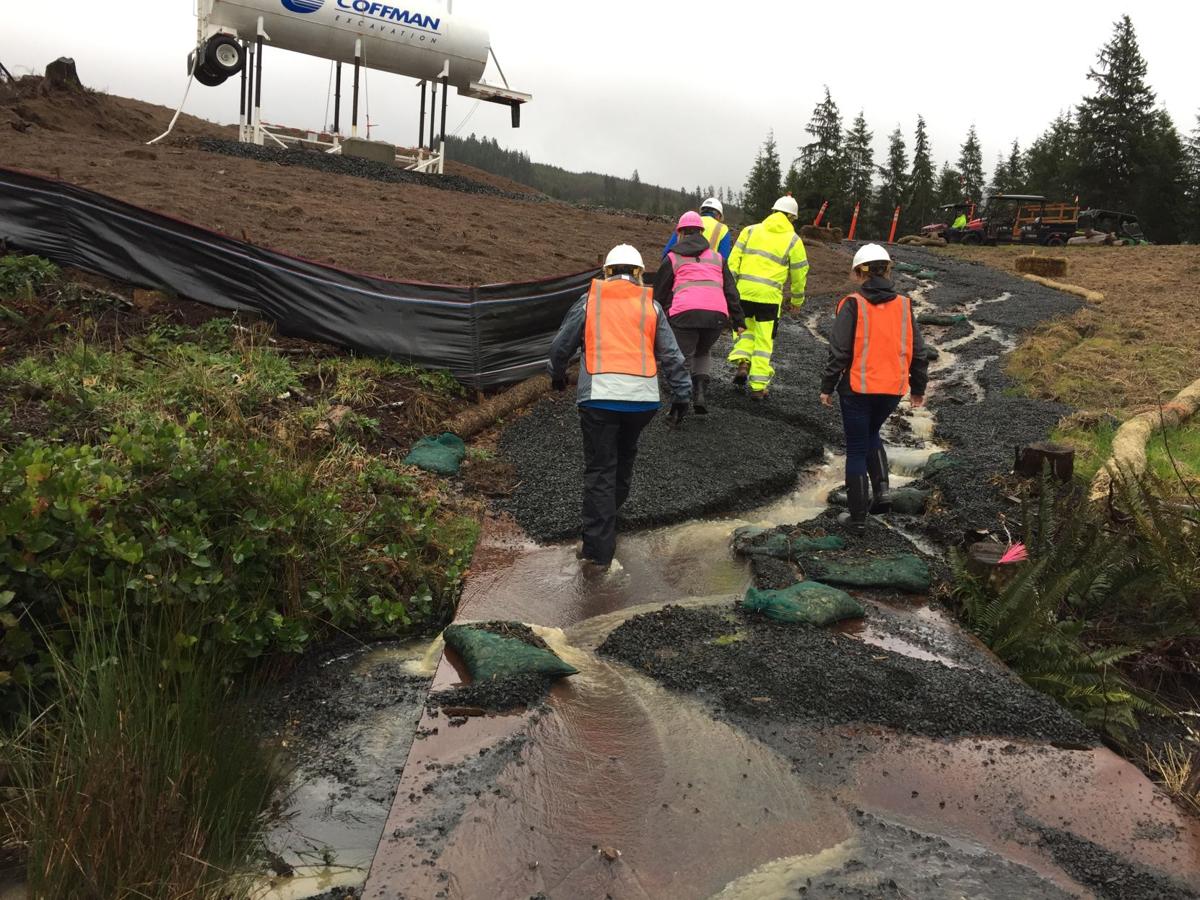 Crane lifts rebar and other material onto the site.

Construction workers at the Seaside campus.

A view uphill from the building site.

Run-off as heavy rain hits the campus site on Dec. 11.

Proposed future site of the Seaside water tank. The 2-million gallon reservoir will serve the school and neighbors.

When the Army Corps of Engineers issued a permit for water work in September for the school district’s campus construction in the Southeast Hills, officials and construction crews issued a collective sigh.

With labor, equipment and a schedule all but written in stone, the Army Corps OK was the trigger for a full push to meet the fall 2020 opening date for students at the new campus.

Pristine water comes down from the hills past the campus and into the Neawanna River.

While the Department of State Lands deemed wetland impacts as “minimal ... to intermittent, non-fish bearing headwater streams,” in a separate approval delivered in early July, the Corps did not sign off on the plan, sending the school district back to the drawing board. The school district’s first application proposed permanent placement of soil, concrete and stone within a wetland and more than 2,000 linear feet of stream “considered essential fish habitat.”

Corps engineers failed to sign off on the application, pressing the school district to come up with another solution.

The Corps signed off on the plan in mid-September.

That was two days after the deadline for water work — sending the district into a “wait until next year” mode.

The permit came in two days after the in-water work deadline, so drainage work won’t take place until next summer.

Because of the delay, in-water right now, pushing the window to summer 2019, Project Manager Jim Henry said. “This is going to be a busy site.”

What’s in the permit?

Known by the weighty title “Compensatory Stream Wetland Mitigation Plan,” the document — acquired by the Signal after a freedom of information request — details how the district will work with the federal government to satisfy Corps requirements.

It may not be the most enticing opening, but it’s worth about $100 million to the school district and its taxpayers: “You are authorized to perform work in accordance with the terms and conditions specified below.”

What follows is about 200 pages of NWP-2018-142, the joint permit application familiarly known as “the JPA,” with enough information to fill a couple college textbooks.

According to the permit application, the school district’s mitigation plan uses a “combination of on-site, in-kind and off-site, out-of-kind compensatory mitigation to offset project impacts.”

Mitigation work at Seaside Heights will take place east and northeast of the Heights parking lot where a small ditch is being improved and widened with appropriate wetlands plantings.

North of the proposed sports fields is a stormwater management system to handle the drains under the sports field improvement area, channeling it through a sediment and settling swale before allowing the stormwater to run off into the China Creek tributary.

The system is designed to drain about the same area of ground at a level of turbidity at least 90 percent as clean as water historically drained to the tributary prior to the work.

A little more than a quarter-acre will be protected by deed restriction to protect river habitat behind the bus barn on Neawanna Road.

Areas with knotweed and other invasive species that will be removed and deeded as a conservation area in perpetuity. “We’re not doing any work that would be on the tidal area,” he said. “We’ll be working from the top of the bank inward.”

In September, the Corps approved the district’s mitigation proposal, a combination of stream enhancement at the Coho and China creeks — which feed into the Neawanna River — and wetlands protections to meet regulatory concerns.

There was “significant coordination” with the Corps to determine this site was appropriate and met their criteria, Henry said.

To complete the work for the Corps, the district will need a survey for the easement agreement, an invasive species removal plan, approved species planting plan and erosion control plan to have in place while the work is being done, Henry said.

The district will document precipitation and photographs of the outfall areas to present to the Corps and the Department of State Lands and Oregon Department of Fish and Wildlife.

Hoffman Construction will implement the mitigation work, both on-site and off-site.

According to the construction plan, the contractor will install erosion control measures to protect drainages and start demolition, including stump removal and clearing.

Once the base rough grading is complete, the contractor will begin site grading to construct the access roadway and water quality improvements. Standard erosion control measures will be in place to protect the adjacent waterways.

Plantings will be installed through March, including bulbs, trees, shrubs and temporary irrigation. Construction teams have already applied to

Meanwhile, at the state level, the Department of State Lands — which also monitors water and runoff — is in the middle of rules changes regarding their mitigation policy. These changes could reduce conflicts in findings when reviewed by multiple agencies.

While the Corps and Department of State Lands have independent authority in Oregon with distinct decision-making and rule-making processes, both agencies coordinate to help ensure a “timely and transparent overall regulatory process,” according to the department’s communications specialist Ali Hansen.

“The proposed rules reflect many years of coordination between DSL and the U.S. Army Corps of Engineers and the U.S. Environmental Protection Agency to better align state requirements with the federal mitigation rule adopted in 2008,” she said.

Up next, a status report must be submitted to the Army Corps by Dec. 15 and mitigation monitoring plan submitted within a year.

“It’s important we open the school and be ready to move in 2020,” Henry said.

The school district’s mitigation plan also contains plans for a seven-year site monitoring plan, to be funded by $10,000 annual from the district’s capital projects fund.

That will be 2024, when the district hopes to celebrate the class of 2024, the first students to attend four full years at the new campus.