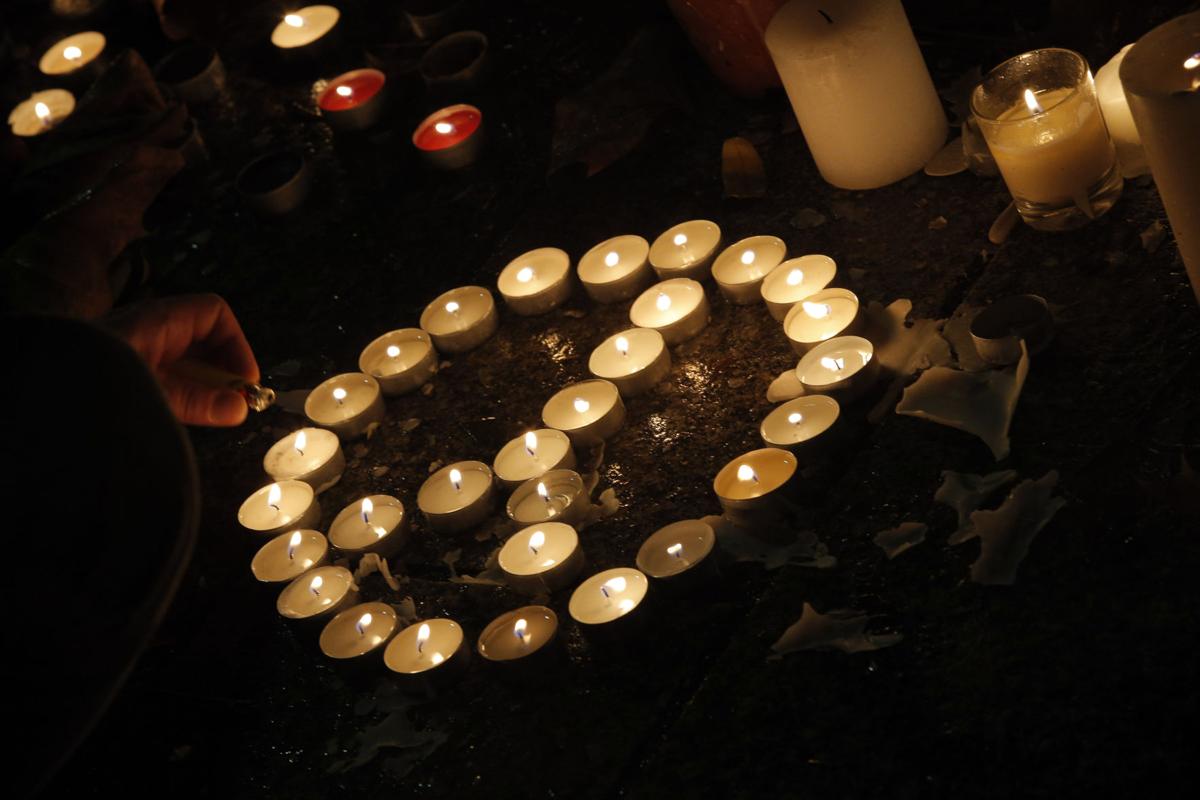 A woman lights candles Tuesday outside the Bataclan concert hall, which was a site of last Friday's attacks, in Paris. 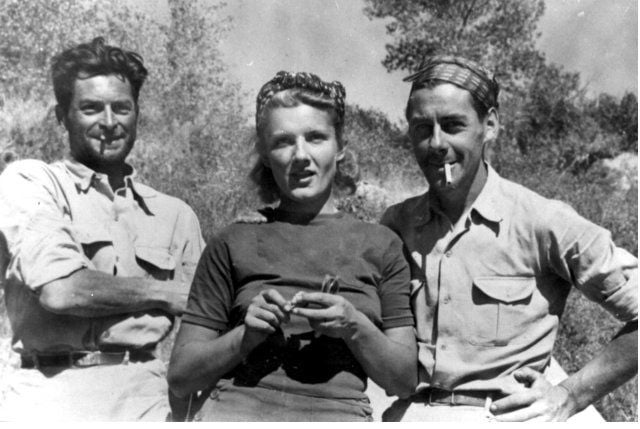 In the documentary “Voyagers Without Trace,” newlyweds Genevieve and Bernard de Colmont and their friend, Antoine de Seynes traveled from France to be the first to kayak down both the Green and Colorado rivers.

A woman lights candles Tuesday outside the Bataclan concert hall, which was a site of last Friday's attacks, in Paris.

In the documentary “Voyagers Without Trace,” newlyweds Genevieve and Bernard de Colmont and their friend, Antoine de Seynes traveled from France to be the first to kayak down both the Green and Colorado rivers.

I was planning on delivering a nice little piece in this space on the topic of pot shops in Cannon Beach.

The column is almost done, just need to check a couple of names and numbers.

Then on Friday, I heard the news of the Paris terror attacks. Six coordinated attacks in the name of ISIS in the city center, striking at restaurants, a soccer stadium and on the streets.

“L’ére de la guerre,” the French newspaper called it, “the era of war.”

You don’t forget where you are when you hear such news. How mundane. I was getting out of a dentist’s chair in Beaverton. I read it on my smartphone.

Over the weekend, I thought why is it bothering me? Why, in Cannon Beach, at in a local newspaper do we need to write about killings 5,000 miles away? What’s the local connection?

I had absolutely no intention of following up on it. So many other pressing issues to consider: our own emergency preparedness in the face of Mother Nature, a rising heroin problem in the county, economic disparity, homelessness and hunger. And holiday time is around the corner: happy moments to share with family and friends, celebrations, Christmas trees and Hanukkah lights.

But I couldn’t get the killings out of my mind. The threat. The subsequent response. Our worst fears. The mind spins.

It seems like the North Coast of Oregon is about the safest place you could be in terms of terror risk. Nature is potentially far more devastating, but even a tsunami cannot inspire the dread of ISIS and their ilk.

I have been friends with French journalist Fabienne Bizet and members of her family since 2003. We became acquainted shortly after 9/11. Both of us were distraught by the World Trade Center attacks. We were also shamed by the sudden divide between our two countries. (Remember “freedom fries?”).

When I visited France that year, I went to the Brittany region, where gratitude for Americans’ commitment in World War II remains strong. But at the time, I was besieged by questions: What was going on in our nation? Why were we heading to war in Iraq? What was happening to our civil liberties?

The French were not just angry with George W. Bush, they were angry with me.

What had gone from France’s unconditional support for the nation became a scathing indictment of American foreign policy in the Middle East.

Yet in the years to follow, the bonds between France and the United States have become closer. We share mutual shock at the assassination of Daniel Pearl and beheadings in the name of religion. Our nations share goals of peace. Our military partnerships have teamed to fight terrorist cells in Asia, Africa and the Middle East, and we both seek a denuclearized Iran. Over the past decade and a change in administrations, we have witnessed a less hawkish U.S. foreign policy and a more hawkish French one.

January seems like a million years ago in CNN time, but it was less than a year ago that the offices of Charlie Hebdo were attacked and France’s leading political cartoonists were slaughtered.

“We are Charlie” had special meaning, especially for those of us who are committed to an unfettered First Amendment.

Already we are seeing repercussions in the United States. A suspicion of foreigners is growing. Security is heightened at every level.

“I am fine, but we are all traumatized,” Fabienne messaged me Tuesday. “I know the owner of one of the restaurants that was attacked.

On Friday, I was truly scared she was dead.”

Fabienne’s friend survived. Other acquaintances were present at the Bataclan concert hall during the attacks.

The French were among the first to arrive in the Pacific Northwest: drawn by the fur trade, Étienne Lucier, Joseph Gervais and Gabriel Franchère were among the first settlers of our state. They came on boats with John Jacob Astor’s crews, and accompanied Lewis and Clark on their overland explorations.

In a new movie, “Les Voyageurs Sans Trace” (“Voyagers Without Trace”), screened at the Astoria Film Festival last month, Northwest filmmaker Ian McCluskey recounted the experience of three French adventurers as they journeyed down the Colorado River in 1938. Newlyweds Genevieve and Bernard de Colmont and their friend, Antoine de Seynes traveled from France to be the first to kayak down both the Green and Colorado rivers. In fact, Genevieve was the first woman to kayak the Colorado.

In Oregon, we share not only their dreams of exploration and adventure, but a steady influx from the outside, thousands of visitors whom we welcome from every planet on the globe. Our sights and destinations draw artists, environmentalists and families. We rely on tourism, hospitality and mutual respect.

How can we keep an open-minded, tolerant attitude in the face of terror? How can we separate the innocents and the terrorists?

France has closed its borders and retaliated in Syria, even while memorials and vigils continue, and mourners worldwide share their grief. Governors in many states are seeking to close their doors to refugees, but our governor, Kate Brown, says Oregon will still welcome them. For our country to close our borders, abandoning the refugees would be, I think, the worst result. These families have suffered the effects of terrorism far greater than any of us.

Perhaps the hardening of our hearts is the ultimate goal of ISIS, and the foreshadow of a military conflict that can never be extinguished.

“La vie, pas la mort,” my friend Fabienne posted in a memorial to a band member at Friday’s concert at the Bataclan theater, where at least 89 people were killed.

How can we separate the innocents and the terrorists?