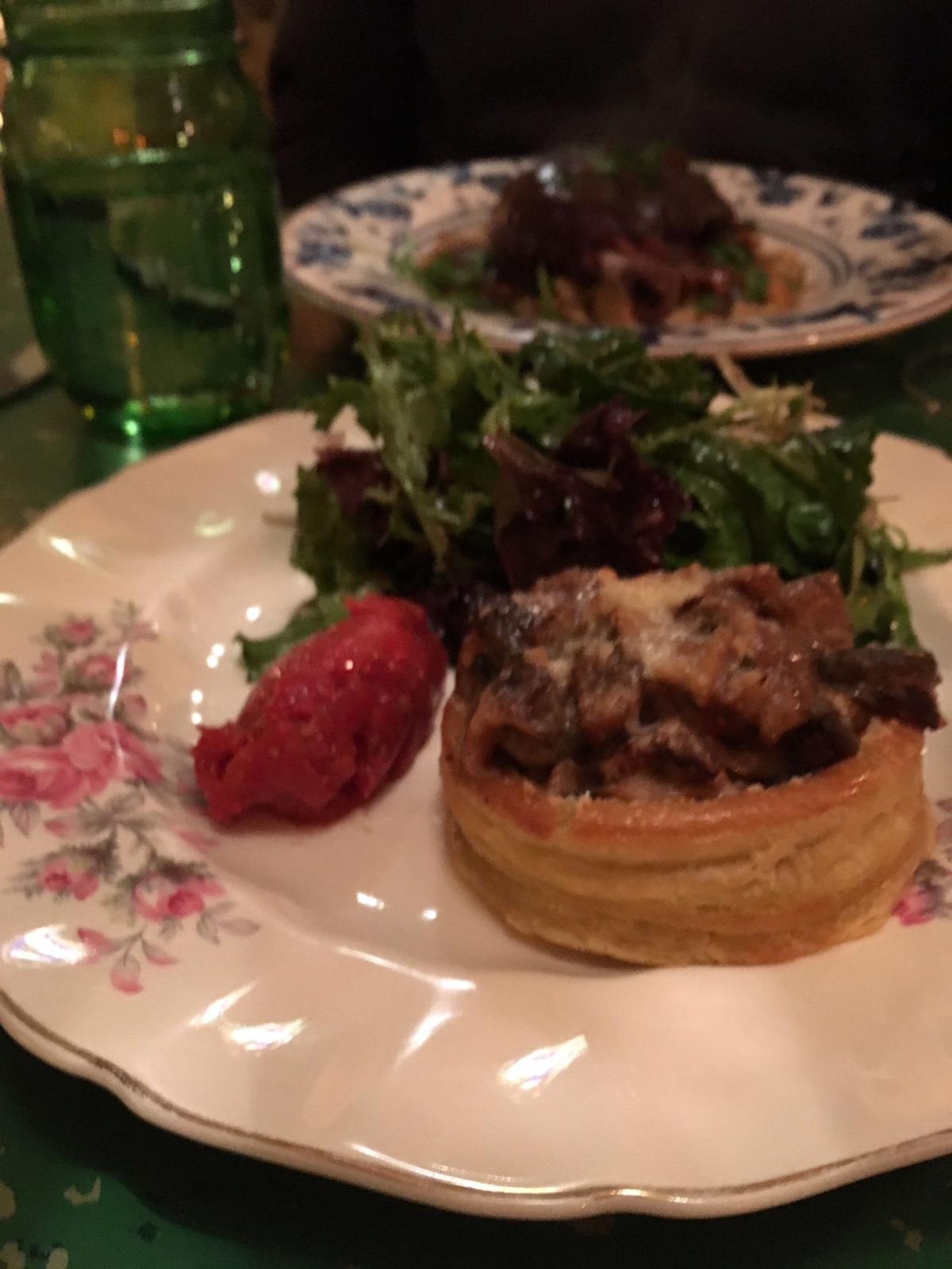 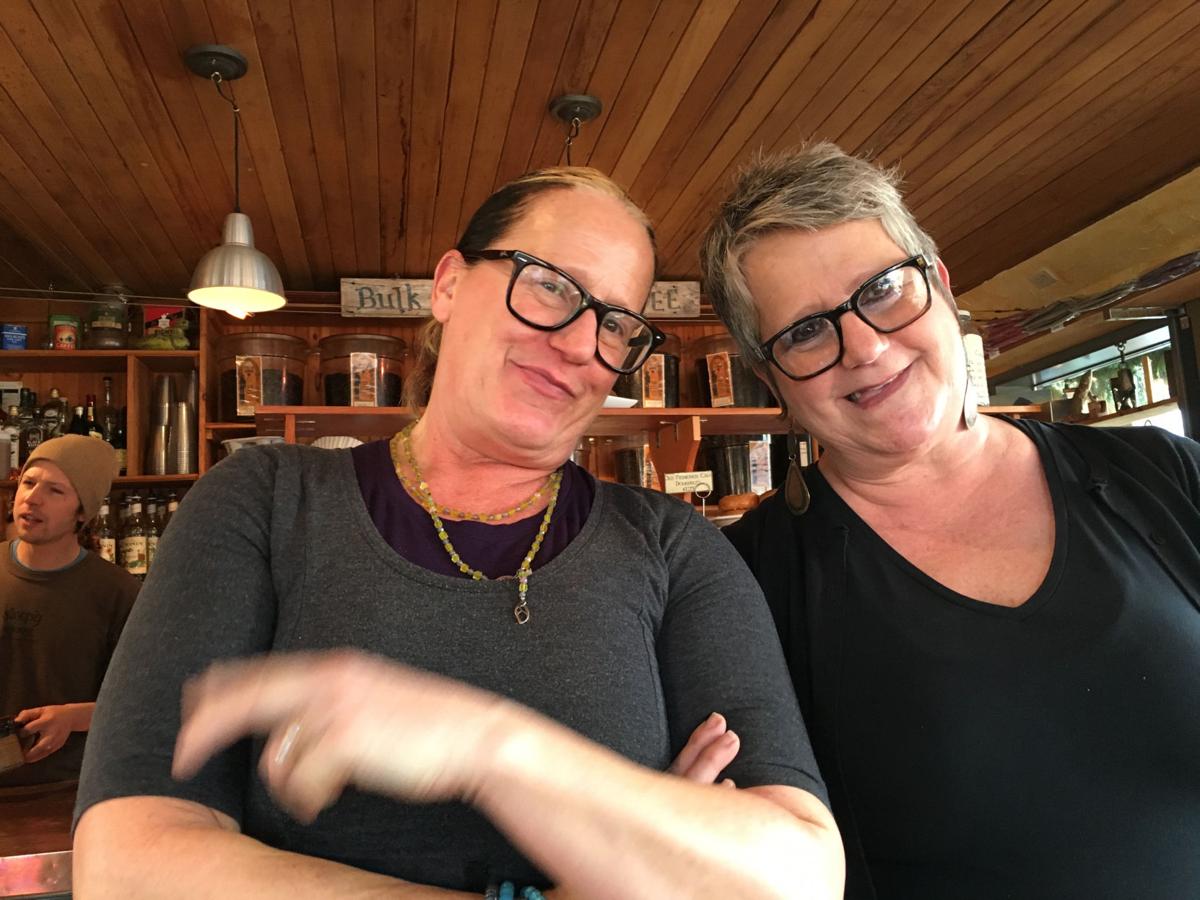 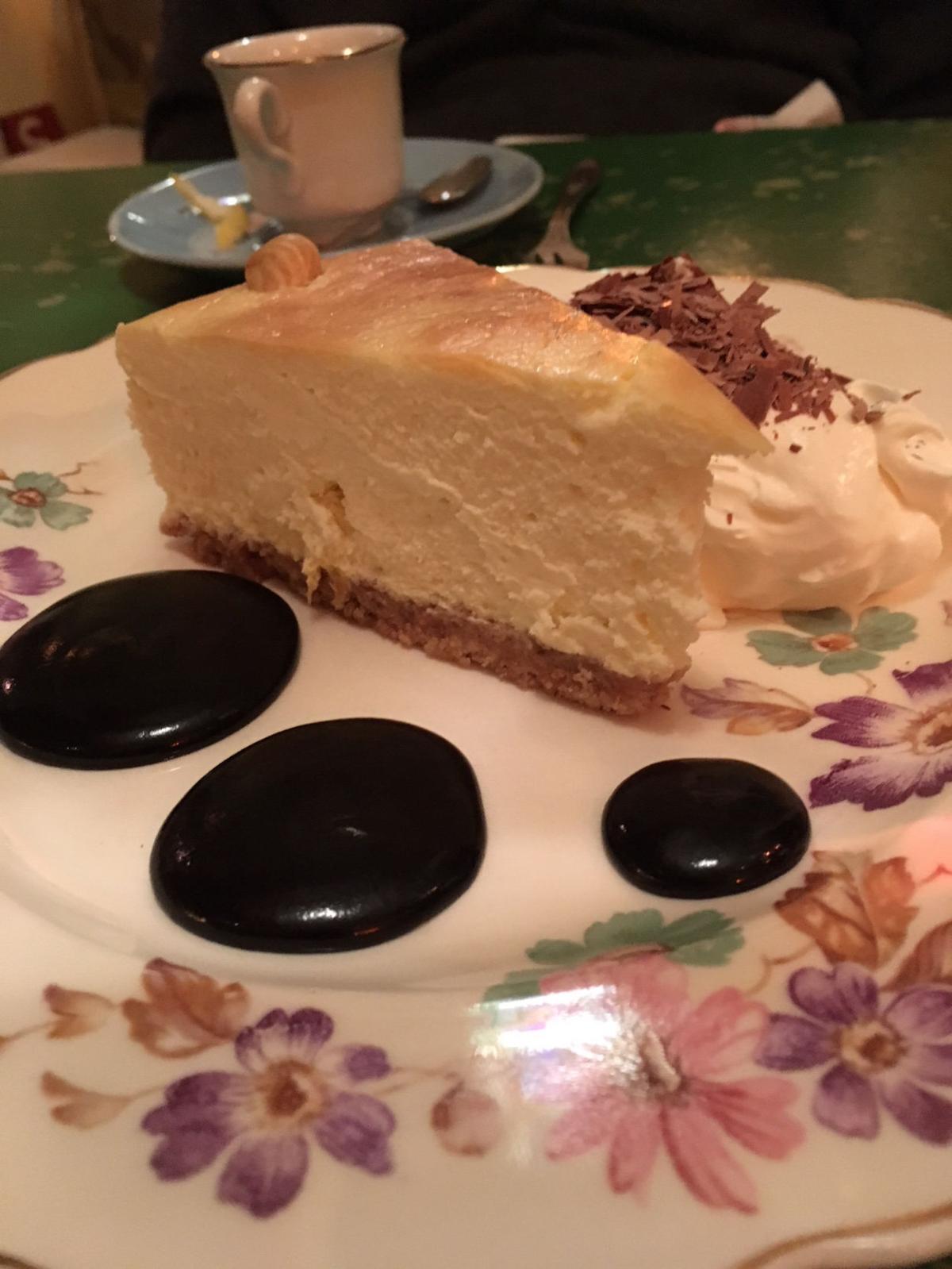 After days of rain and very little to do on weekends save for catching up on sleep, this past weekend was a whirlwind of activity, most of it involving eating and drinking.

It all began Friday at the Community Hall in Cannon Beach at the North Coast Land Conservancy thank-you party for their volunteers. The turnout was terrific and in addition to a Native American blessing of the land and some high quality mingling, there was a lot to eat.

My spouse has a thing about eating at parties, in particular eating while standing up. He claims to have never mastered holding a wine glass and a paper plate. Having no such inhibitions, I assembled myself an open-faced sandwich of prosciutto and Brie and devoured two really good oatmeal raisin cookies when he announced he was ready to leave. On our way out of Cannon Beach we saw an empty space adjacent to Harding Trading Co. on Beaver Street.

I don’t know if you’ve been to Harding Trading Co. They don’t take reservations. I feel lucky to have gotten in three times. For folks of a certain mindset, this might be the most romantic spot in Cannon Beach. We had dinner, despite my land conservancy party snack. I restricted myself to the mushroom tart, which is offered as an appetizer and comes with a scrumptious little green salad piquantly dressed in a mustard vinaigrette. My spouse had the coq au vin. As I said, I don’t know if you’ve been to the Harding Trading Co. It’s a very exciting place. The food is French and authentic. The décor is farm vintage. The restaurant is also a store. You can buy local honey and a lovely skin cream and pretty napkins. Many items in the restaurant are for sale, including some of the light fixtures.

On Saturday evening we went to a party hosted by Cannon Beach celebrities David and Cherilynn Frei. After pouring myself a glass of something alcoholic, I dove into the crowd. Another couple we’re friends with were positioned near the food table. I was encouraged to try the meatballs while my husband ate a lot of crab. Before I was told it was time to leave, I also managed to scarf down a stuffed baked potato skin and a couple of Medjool dates.

Sunday morning bloomed bright and shiny so we decided to take a walk on Arcadia Beach. On the way home, we hit Sleepy Monk where we each had a latte and split a chocolate chip scone.

In Seaside I tried to work off some calories by taking one of our dogs for a walk around the Cove. The waves were modest and the sun was shining, which meant a dozen or more surfers were in the water flaunting their lack of fear of sharks. Around the parked vehicles (including a pair of white Mercedes vans) there were numerous people in various states of undress peeling themselves out of their wetsuits. I’d have to give up eating altogether before I’d even think of getting into one of those things.

I could watch other people surf all day, but we had another party to go to, this one in Gearhart. Oh my word, the food. The hostess, who relocated to the area not long ago from northern California, put out a spread. She had asparagus wrapped in prosciutto; cranberry and walnut baked Brie; prawns with cocktail sauce; and artichoke dip made with fresh artichoke. I ate three raisin-studded pumpernickel crackers heavily loaded with blue cheese and dried apricot. My husband said he ate about 20 prawns but he might have been exaggerating. Much to my dismay, he was ready to leave the party before I’d finished one glass of pinot gris. On the way home I chastised him for making me leave early.

We pulled into McDonald’s.

I ordered a cheeseburger.

Yes, I’m embarrassed. But I ate it anyway.