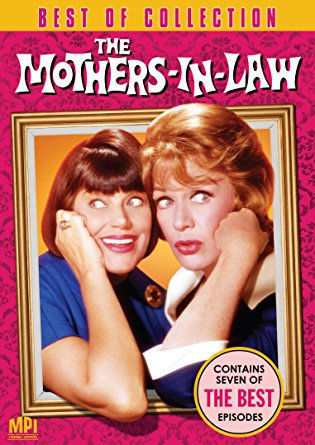 Now these two really knew how to live it up!

Not a lot available in Cannon Beach.

Now these two really knew how to live it up!

Not a lot available in Cannon Beach.

During my high school years, my mother and I lived in an apartment above a dentist office. The apartment was the top floor of a small two-story house. The dentist, who owned the building, used the first floor for his practice. Our apartment had two bedrooms, a bathroom, a living room, and an eat-in kitchen. The apartment had its own entrance; there were two front doors to the house, one leading to the apartment upstairs, the other to the dentist office. These doors were a source of confusion to his patients. It wasn’t unusual for me to come home from school to discover a person or two reading magazines in our living room, mistaking it for the dental reception area.

I often wonder what it would be like today for me to live in an apartment over a commercial business. In Cannon Beach it might be over a store, a restaurant, a gallery, or even a medical office. It appears there is no dentist in Cannon Beach. It couldn’t be an apartment over a pot shop as that isn’t legal according to some ordinance. I remember a brief conversation months ago with one of the gentlemen who moved their home décor business in Cannon Beach to Astoria when the ground-floor retail space became a marijuana shop. The men lived above the store, so not only were they forced to relocate their business, but they also had to move house. That seemed like a dumb reason to force a tenant out. I’m glad the city remedied that last week by changing the ordinance and allowing such arrangements.

Remember that old show, “The Mothers-In-Law” starring Kay Ballard and Eve Arden? When Eve’s daughter married Kay’s son, to save money, the young couple, moved into Kay —or maybe it was Eve’s — garage apartment. If it were legal, a garage apartment in Cannon Beach I think would be charming to live in, especially if it was close to the beach or out of the tsunami zone. A modest two-car garage is approximately 20 feet wide by 20 feet deep or approximately 400 square feet. I lived in apartments in Greenwich Village that weren’t any bigger. Location, as they say, is everything.

Before moving to the Pacific Northwest, my husband and I lived in a New York suburb where accessory housing was a hot potato issue. As taxes skyrocketed, people on fixed or lesser incomes scrambled to make ends meet. Some of them applied to the town planning board, requesting permission to turn portions of their home into accessory housing. Depending on available parking and ceiling height, some, but not many, requests were granted. The homeowners always argued they needed the income, and also that they were helping to grow the tiny but much needed affordable housing market.

I checked real estate websites today for available apartments for rent in Cannon Beach. Only one came up, a 740-square-foot one bedroom one bath unit fully furnished for $1,250 a month. The market, as you might imagine, is very tight. There were no apartments available whatsoever above any commercial business.

It was decades ago, but I still remember loving living over the dentist’s office. It was never boring and we had a key so that in the evenings and on Sundays we could adjust the heat. (The thermostat for the entire house was located in his office.) Sometimes when my mother was in a bad mood, which happened often, I’d slip downstairs and prowl around reading dental files. The eerie room where the dentist did plaster work to make his dental molds was like a weird art studio.

Not everybody gets to live above a dentist’s office but I’m glad I did. Meanwhile finding affordable long-term rental housing in Cannon Beach remains increasingly elusive.