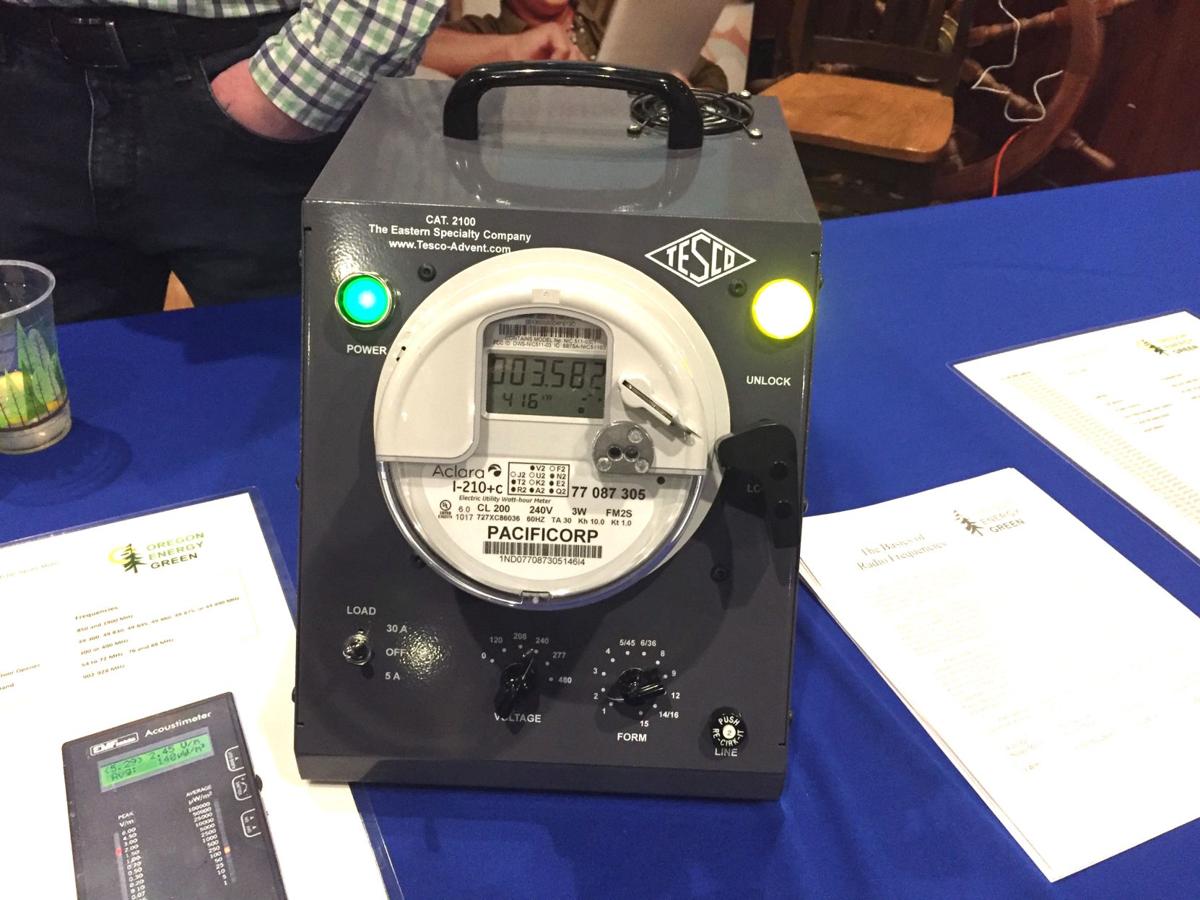 Pacific Power customers in Clatsop County will be able to opt out of smart meters, but it will come with a price. 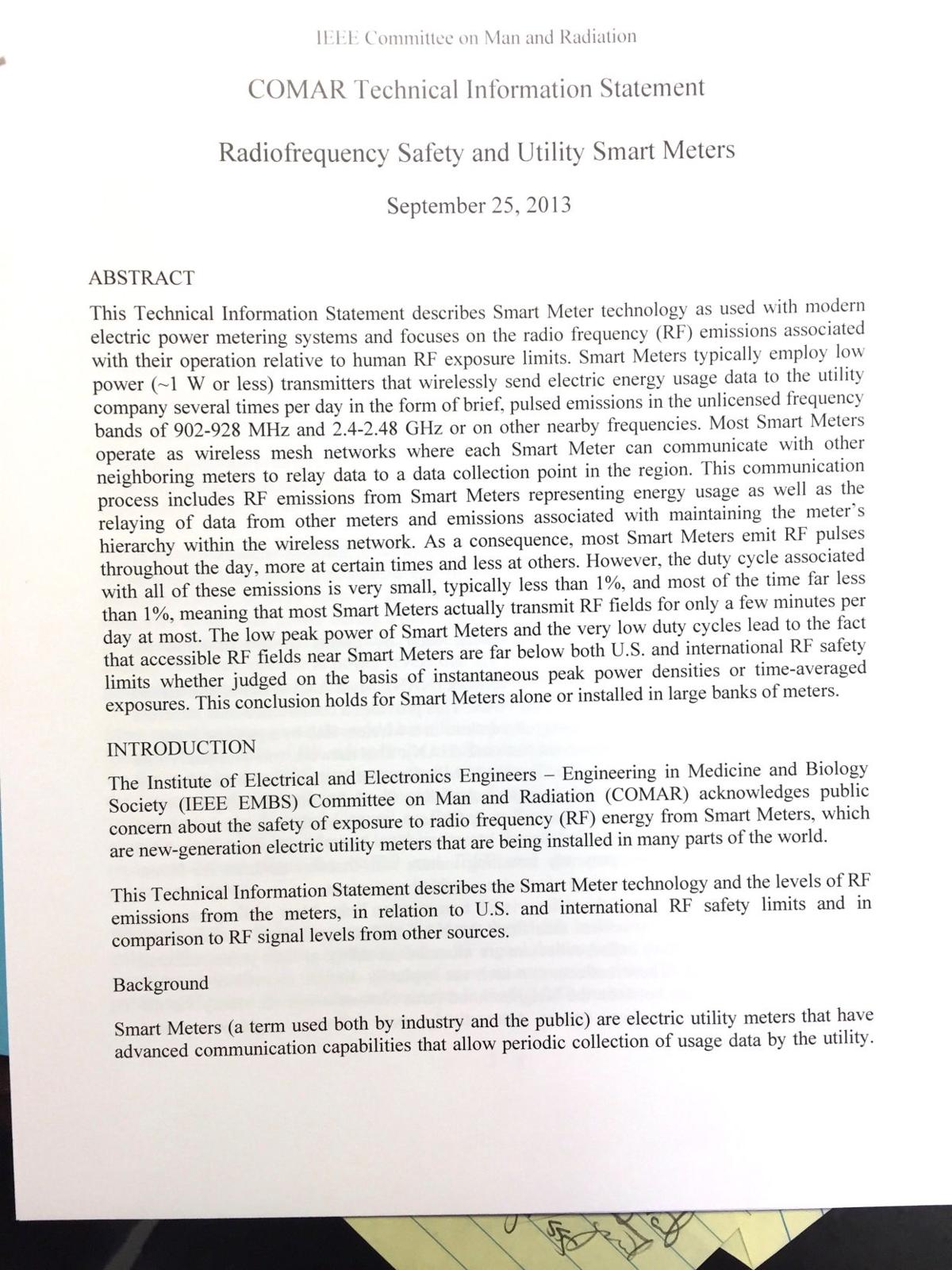 A document presented by Pacific Power in Seaside. 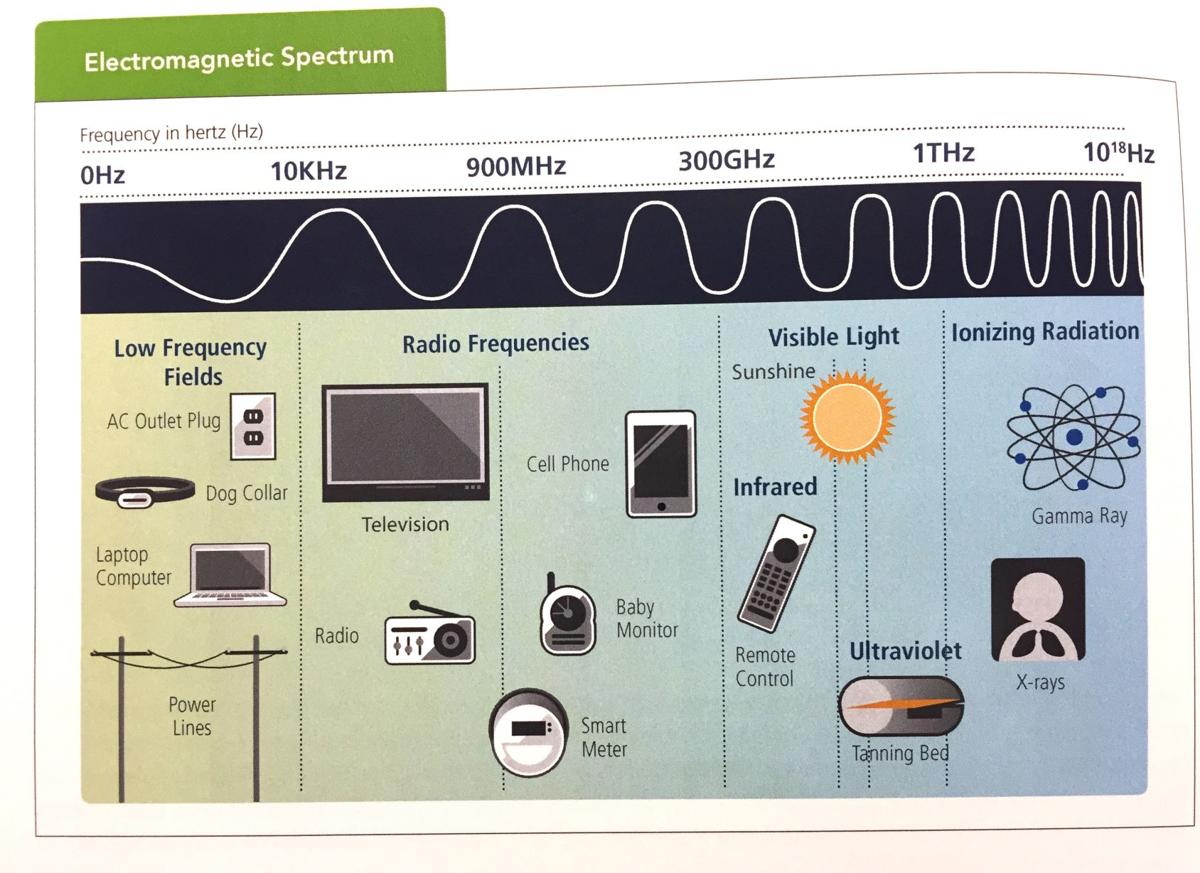 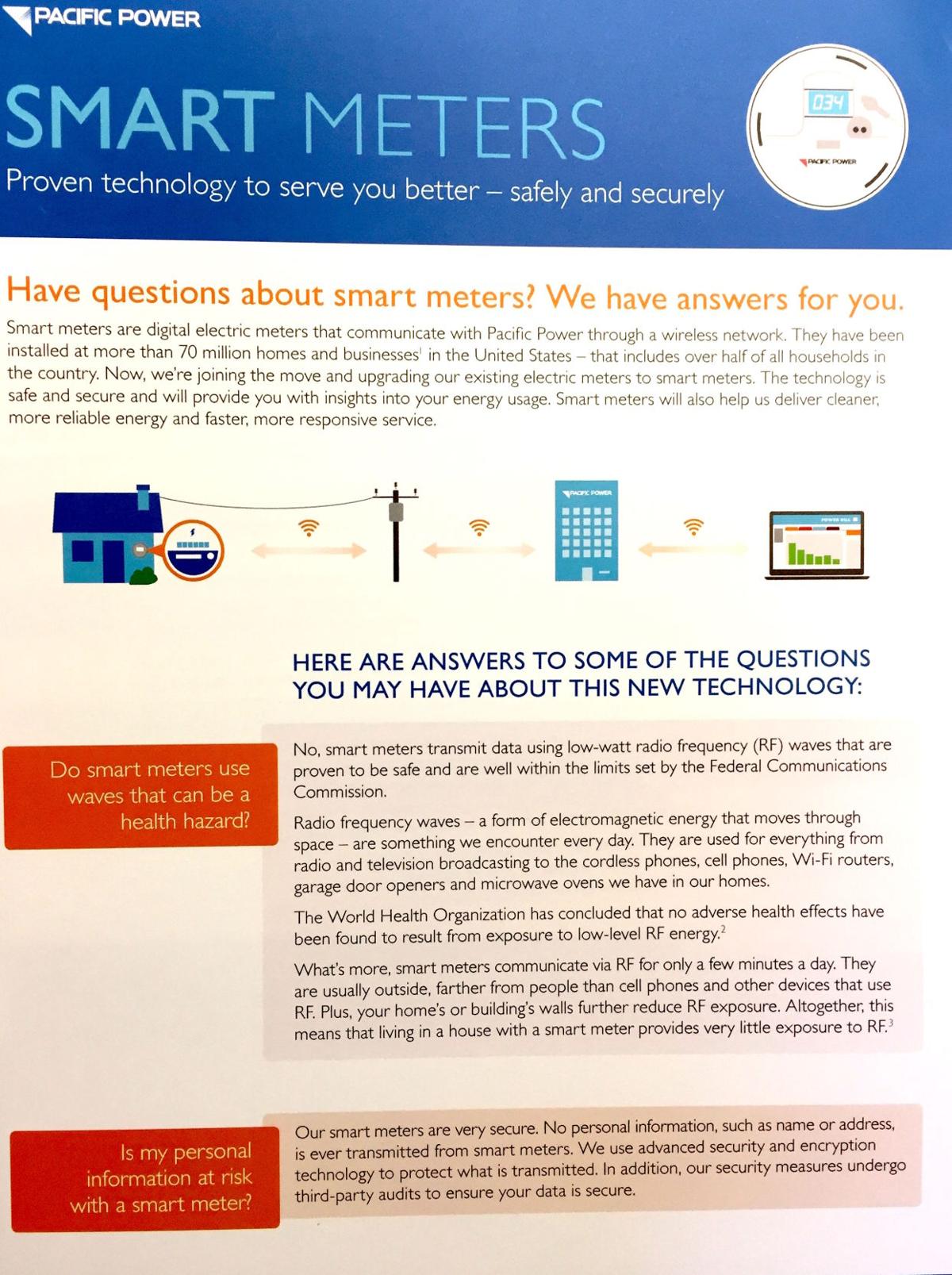 Pacific Power customers in Clatsop County will be able to opt out of smart meters, but it will come with a price.

A document presented by Pacific Power in Seaside.

If you Google “smart meter dangers,” you may soon fear for your mitochondial functions like insomnia, tinnitus, fatigue, nausea, dizziness, irritability, listlessness, heart palpitations, and changes in cognitive behavior.

In the monograph “Smart Meters: Countdown to a National Crisis of Illness and Death,” John P. Thomas suggests millions will experience chronic disability and fatal illness from exposure.

Our cell proteins will become “permanently altered” and we may suffer for decades “with chronic fatigue, unexplained anxiety, and attention deficits until a life-threatening illness makes its ugly appearance.”

Unlikely? Every power company and most scientists would say the levels of radiation are lower than the cellphones pressed against our thighs.

Residents questioned the safety of smart meters, and lamented the lack of public information available.

Resident Bob Thom said smart meters are not “entirely safe.” He was concerned about the lack of information presented by the city and Pacific Power, and the lack of press coverage given to the topic. He asked that the changeover be delayed to educate the public.

“There’s been so little background information put out to the general public that’s not being provided by the corporations that are responsible for the technology,” Johnson said after the Cannon Beach work session. “They didn’t even vote on it, It was just coming. I wasn’t very happy.”

The 5G network may adversely affect humans and wildlife, he said. “You won’t be able to go any place on this planet without being impacted.”

In a similar presentation at Seaside City Hall, Frank Erickson, a retired radiologist with an impressive list of medical credentials, told city councilors he had “seesawed” whether to opt in or opt out for smart meter installation at his own home. “I’m still rethinking,” Erickson said.

No wonder that the first package received at the Pacific Power meet and greet March 5 at Seaside Brewing Co. was a handout from the Utilities Telecom Council, “No Health Threat from Smart Meters.”

Cory Estlund, manager of Pacific Power’s field support based in Portland, is the guy whose job is to shake people like us out of paranoia.

Smart meters are a more efficient way of gathering home energy usage details. “Instead of having a meter reader come out once a month, data is reported on a real-time basis. This is the first time we’ve been able to give you insight into what you’re actually using.”

Smart meters have been in existence for almost 20 years, Estlund said. They’re all manufactured by Aclara Technologies, which bought out the meter business from General Electric.

Today, there are more than 70 million smart meters throughout the country. Estlund has had a smart meter in his own Portland home since he moved in 15 years ago.

After watching Robert Redford and Jane Fonda in “The China Syndrome” almost 50 years ago, I learned never take anything with radioactive material for granted. The movie was released to nuclear industry denials — and the timing couldn’t have been worse, followed 12 days after its opening by a meltdown at the Three Mile Island nuclear plant near Harrisburg, Pennsylvania.

Official denials and industry cover-ups, in not just the nuclear industry but in many aspects of our lives, followed through the decades: Love Canal; the Hanford site; the Flint, Michigan, water crisis; and the Boeing 737 MAX 8.

In the 1990s and early 2000s, I remember covering many meetings on the topic of cell towers. Towers were ugly, for one thing, sprouting up on mountains, hills and then farms and backyards. And maybe unhealthy — but one of the provisions of the 1996 Telecommunications Act was to ban challenges to cell tower sitings based on potential health impacts.

Now smart meters join the great cavalcade of American fears: fluoride, cathode-ray tubes, microwave ovens, pacemakers to our ubiquitous cellphones, all of which have the capacity to poison, radiate, fry or otherwise contaminate us in one way or another.

One of the documents presented at the Seaside Brewing information session Included a white paper analysis of radio frequency associated with “advanced metering devices.”

While I didn’t understand a word of it, I do like the word “advanced” better than “smart” to describe these contraptions.

“Smart” gives it a human quality that you don’t necessarily want in an electronic device, especially when it is monitoring your electric orange-juice squeezer.

It’s a little too close to another famously intrusive device, the HAL 9000 computer in Stanley Kubrick’s “2001: A Space Odyssey.”

“Good morning, Dave … How are you this morning?”