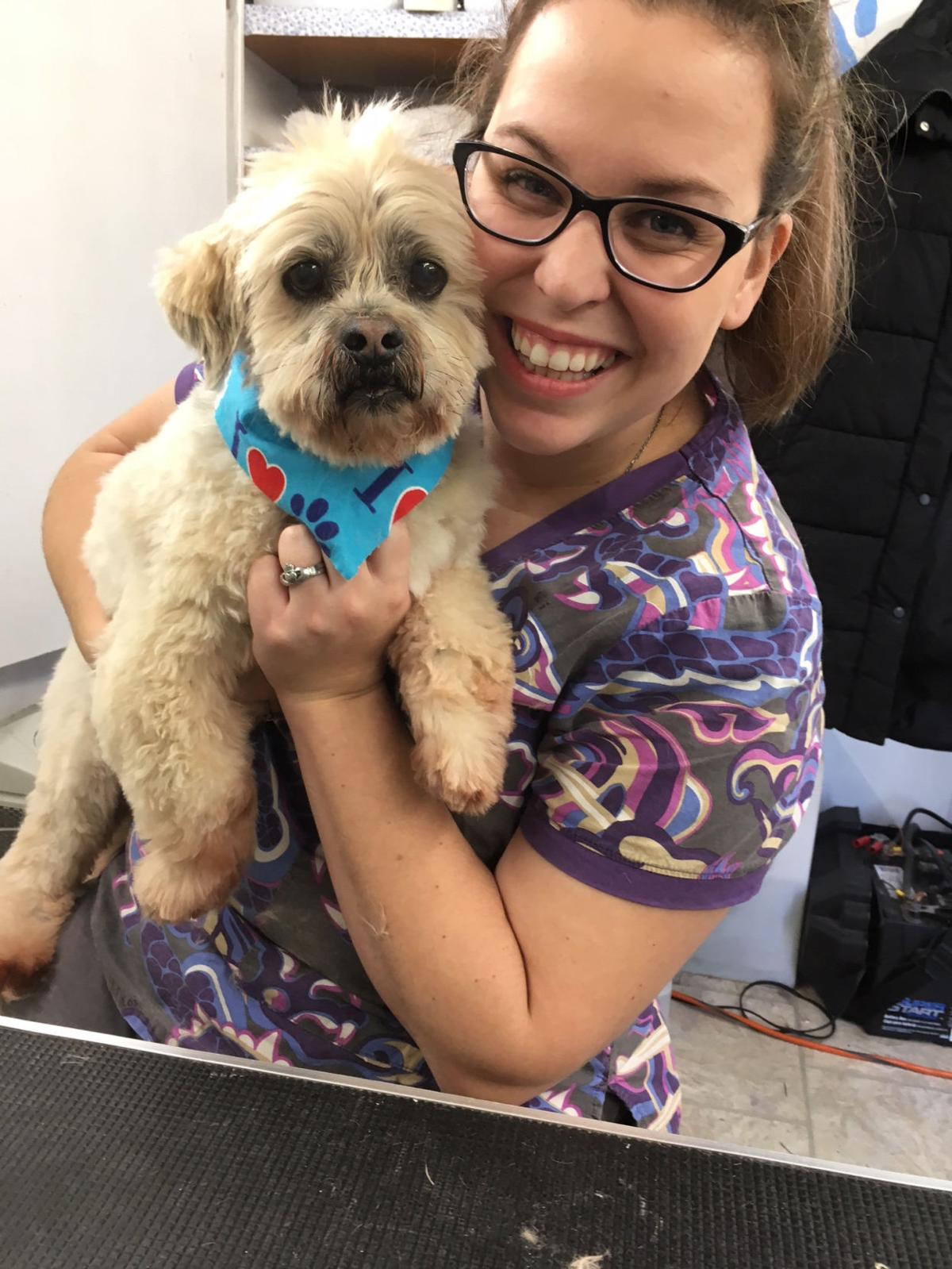 Basil gets a fresh look thanks to Trish Dickerson. 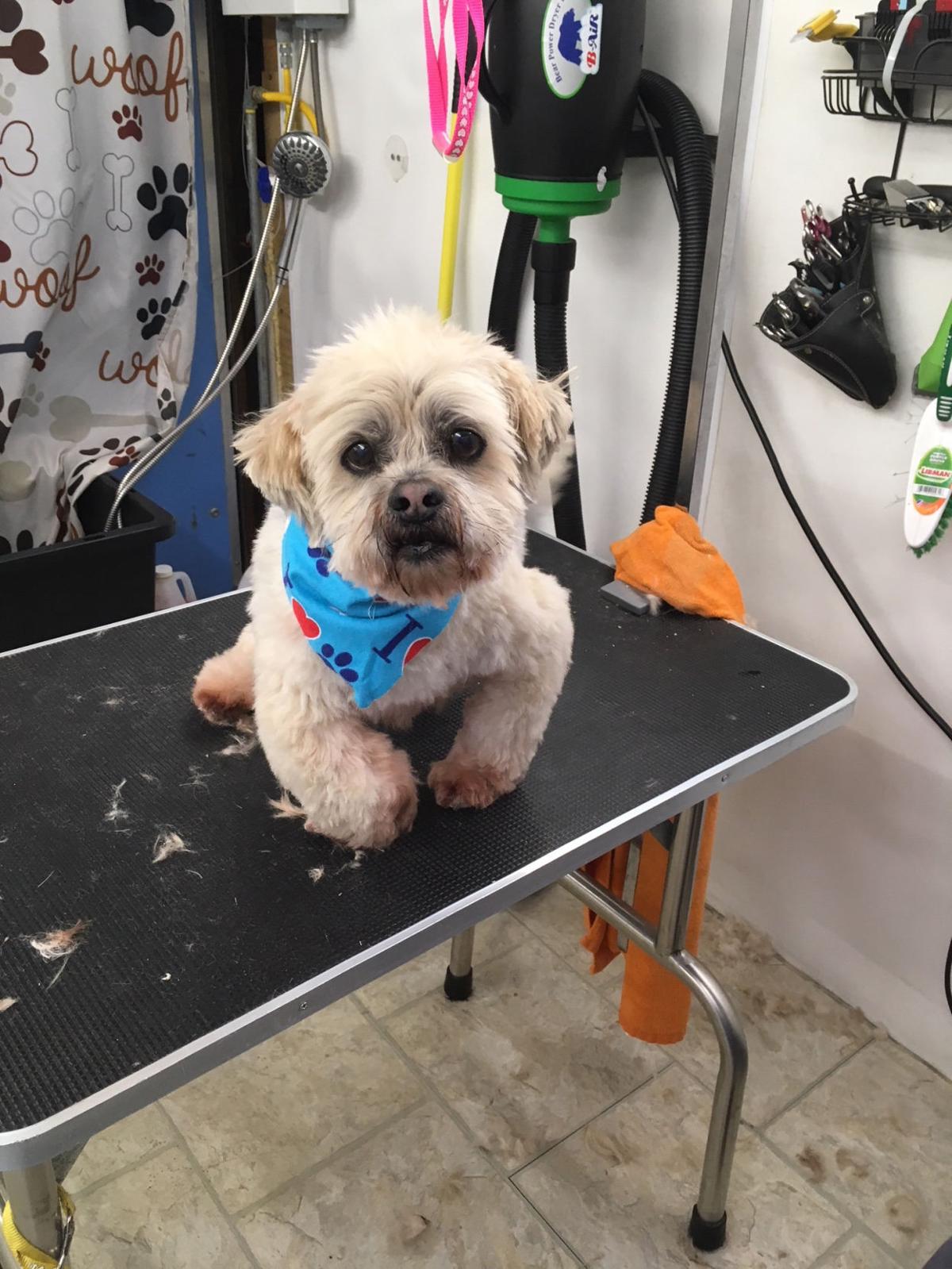 Basil on the grooming table.

Basil gets a fresh look thanks to Trish Dickerson.

Basil on the grooming table.

Our old dog, Basil, who is not our oldest dog (that would be Rinaldo), was in desperate need of professional grooming. I’d been doing him myself (bad idea) for awhile, as he was too much of a basket case for the first groomer I tried when we moved here. A few years ago we relocated from the east coast where Basil was well attended to by Lynda, who worked at a boutique grooming shop in Bedford Hills, New York, called Pawfection.

Lynda was savvy to all of Basil’s quirks, quirks he has because he was born crippled. His two front legs are hopelessly twisted, and his left foot is almost on backwards.

He’s about 13 years old now and he can handle short walks; he can do stairs, but he doesn’t like them. The main thing is he’s in some degree of pain at all times, which makes grooming him a nightmare. He can tolerate clipper work only on his torso, which means the rest of him has to be laboriously hand-scissored. I don’t hold it against his first groomer on the coast at all for subtly rejecting him as a client. She and I remain good friends and I know she admires Basil’s brave attitude, as well as my devotion.

So imagine my joy discovering The Sandy Dog, a mobile groomer out of Seaside. Trish is professionally trained to groom dogs and worked for a national pet services corporation before going out on her own last year.

Because Basil is nervous, I asked permission to stay with him while Trish did her work. Basil takes forever to groom, so we had plenty of time to gab while she combed him out, de-matted the areas he’s reluctant for me to touch, bathing him, blow drying him, applying the clippers for a one-half-inch “‘puppy cut.” I was amazed she was able to get him completely finished, deftly hand scissoring his feet and twisted legs, making his ears and face at my request look, as much as possible, like a teddy bear.

“My husband’s nickname for him is ‘Cubby,’” I said.

Basil is named for my father, who by day was a lawyer, but was also a partner in a record company. He was a composer who played piano; he also owned a couple of movie theaters, but that’s another story. The dog Basil is quite musical. He’s a jazz fan who howls enthusiastically along to my husband’s saxophone. His favorite song is “Sugar” by Stanley Turrentine.

Basil’s been groomed by The Sandy Dog twice, and I’m optimistic the day is coming when Trish will pull up with her trailer and I can just bring Basil out. He trusts her more each time. I’m aware even when they’re not born crippled, Lhasa Apso’s are not the easiest grooming clients. They’re small but they can be snippy. Basil has the face of an angel, but let’s face it, a bite is a bite.

The Sandy Dog (503-440-9279) is owned and operated by Trish Dickerson, a Seaside native. Trish is fun to talk to and she’s a really good groomer. She loves dogs and her work and she is very patient. And she comes to your house. Seriously, what could be better?