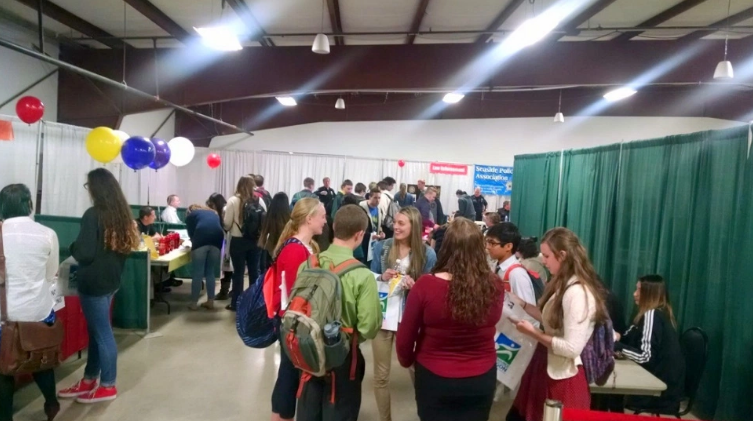 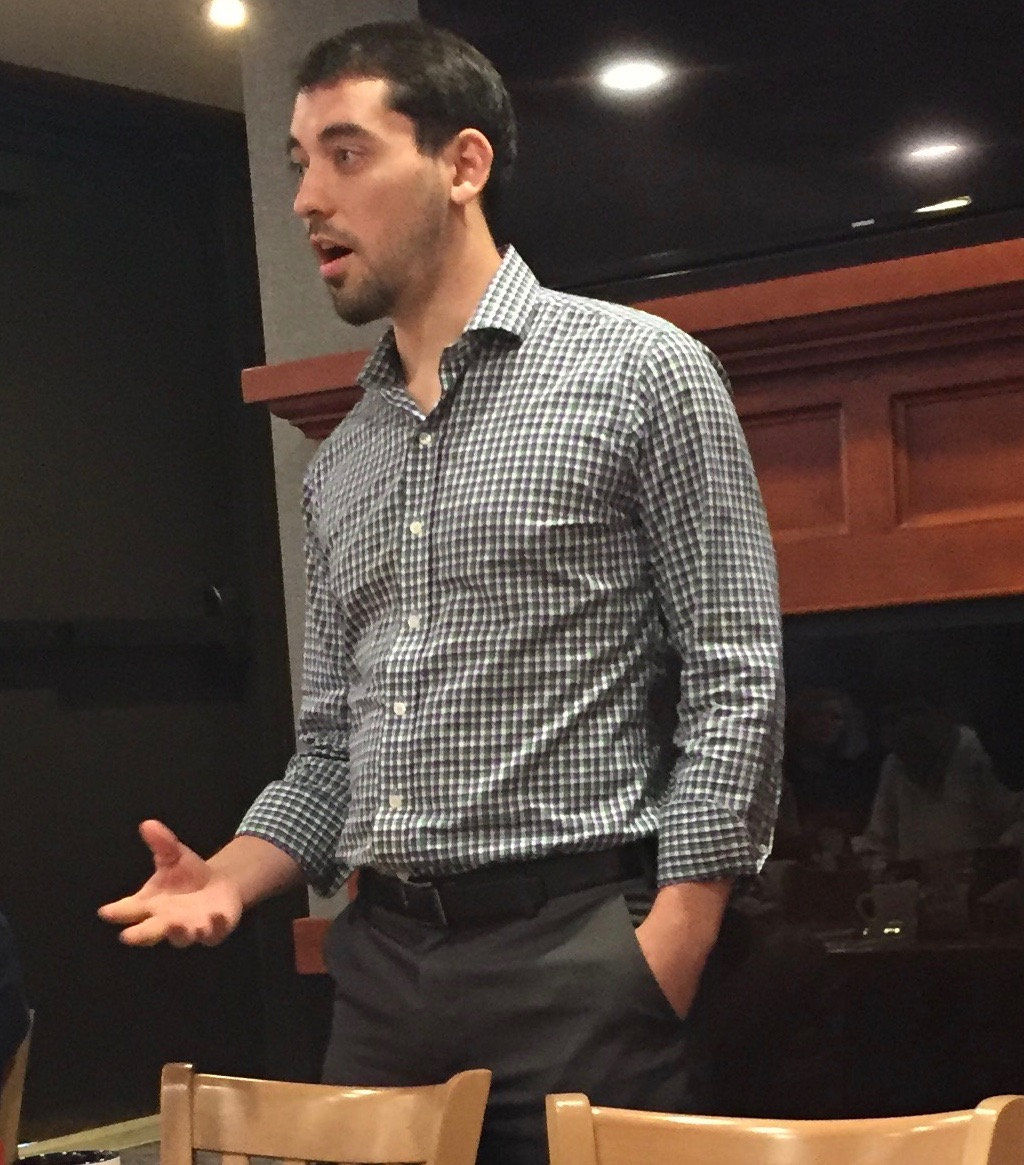 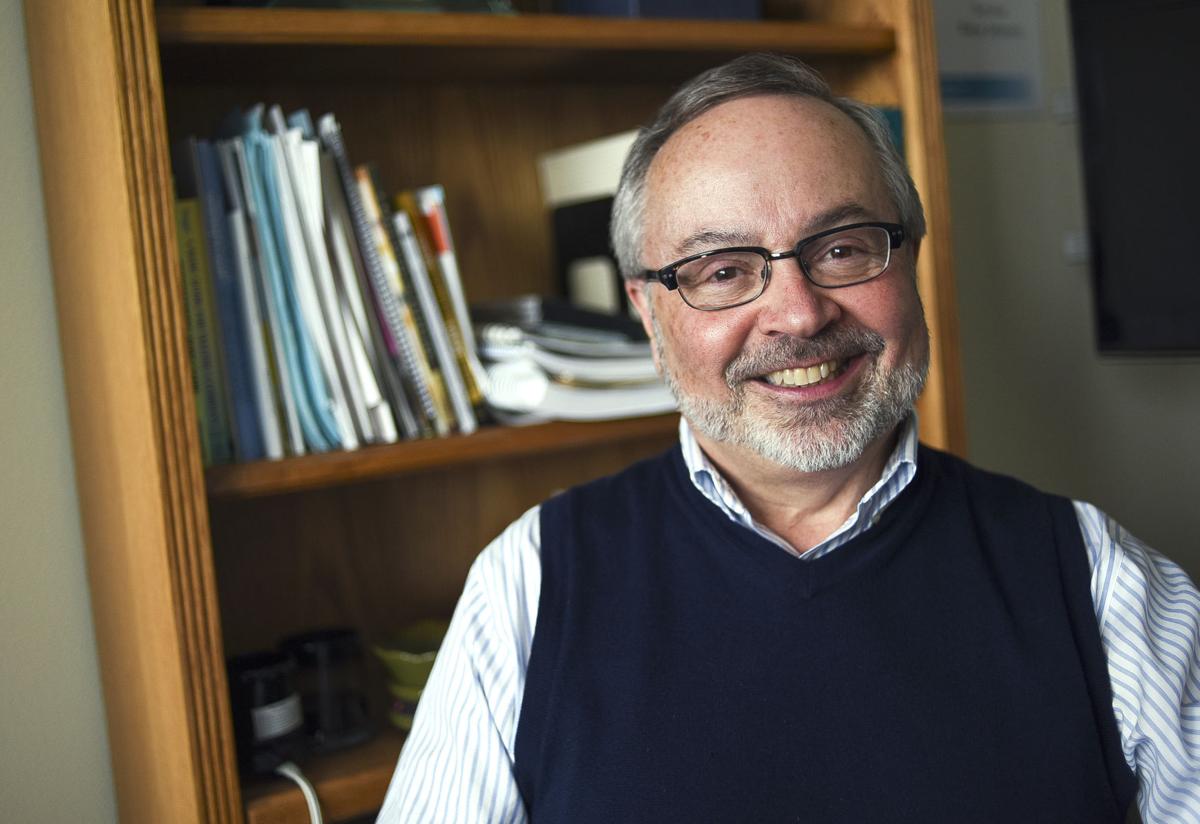 In years past, the role of public works director might have been taken by the guy who drives the front loader. Now, it requires two degrees.

Cannon Beach’s City Manager Brant Kucera has experience around the country. He was recruited from a long-time career in Pennsylvania.

The new fire chief, Matt Benedict, was recruited from across the state.

Other industries in Clatsop County — from hospitality to our hospitals — recruit candidates on national job boards.

The same holds true in the newspaper business. I wouldn’t be here today if it wasn’t for an ad on a national journalism job posting site. The Daily Astorian includes staff with backgrounds from coast to coast. In December, we had an opening in Cannon Beach for a reporter. Our newest hire will be moving here to cover Cannon Beach news in late March from Bellingham, Washington.

When Kucera was asked at the City Council’s January goal-setting retreat at Tolovana Hall if he was going to advertise locally to fill the public works director position, a councilor asked if that would include ads in local outlets. Kucera shook his head, no.

The days of moving through the ranks, apparently, may be over.

Two degrees as Dan Grassick possesses are not necessarily required but would be a plus. “The expectation is you come here with experience,” Kucera said.

The same day as Grassick’s departure was announced, so were Oregon graduation rates.

Although Seaside High School grad rates have climbed more than 5 percent in the last five years, in 2015-16 the percentage dipped a point to 74.4, slightly below the state average of 74.8 percent. The nation’s top states typically graduate more than 90 percent of their students.

Measure 5 was an initiative passed in November 1990 to rein in rising property taxes. Proponents argued the measure wouldn’t harm public schools and could even help struggling rural schools by forcing the state to spread out income tax collected from wealthier parts of Oregon.

According to the October 2006 issue of Oregon Business, the first 16 years of Measure 5 and Measure 50 reduced local revenues by $41 billion.

“If there’s one lesson Oregonians, and the nation, can learn from the passage of Measure 5, it’s this: you can’t improve school funding with a tax cut,” NPR wrote in their 2016 reporting series “School Money.”

According to the October 2006 issue of Oregon Business, the first 16 years of Measure 5 and Measure 50 reduced local revenues by $41 billion.

The results could be interpreted in the state’s graduation rates, as higher education’s share of the state’s general fund declined from 14 to 7 percent by 2001, NPR reported.

Cuts locally as well as statewide impact our talent pool down the road.

Residents recall that the closing of Cannon Beach Elementary School in 2013 was not so much a result of the tsunami fears, but because costs of running the elementary school to its smaller school population were not being met. The tsunami risk was almost an after-thought in the rationale.

A budget shortfall of $1.55 million prompted the closing, as costs for Cannon Beach’s 80 students were higher than other elementary schools. Cannon Beach’s costs stood at $8,900 per student, with costs at Seaside Heights and Gearhart ranging from $6,100 to $6,300.

These are only now coming to fruition, as the Cannon Beach Academy plans to open in the fall for students in kindergarten through second-grade classes.

• How can the county increase its emphasis on post-secondary education as the economy continues to move beyond traditional natural resource and blue collar jobs?

• How can the county increase participation in post-secondary education in some parts of the community, including the Hispanic community?

• What are the prospects for establishing a four-year higher educational institution presence or extension in the county?

Administrators and top officials are well aware of the need to produce home-grown, self-sustaining educational opportunities that can lead to the filling of top jobs.

Among the leaders, Clatsop Economic Development Resources is at the fore. The organization’s director Kevin Leahy is a crusader for kids and education and a co-sponsor of the Feb. 22 Clatsop County Career and Job fair.

The event aims to find and retain good employees from small businesses to the largest employers in the county and region.

The fair focuses on three areas for employers: hiring now for immediate positions or for summer jobs; looking for committee and skilled employees to fill career technical, trades, vocational and apprenticeship positions.

More than 700 students and adult job-seekers are expected to attend the event at the Clatsop County Fairgrounds.

Along with giving young people the opportunity to meet employers, the program offers resume critiquing and mock interviews with real-world questions: “Why should we hire you?” and “Where do you see yourself in five years?”

At the high school level, ASPIRE coordinator Matt Bisek in Seaside is a familiar face on the county’s civic breakfast circuit. Bisek is dedicated to advocating for young people and introducing them to careers and options they might never have considered.

A confessed under-achiever when he was in a large high school in Minnesota, Bisek blossomed at a small college in Joliet, Illinois, where he learned business and leadership degrees.

“I felt like nobody cared in high school, then I went to a really small college and was really motivated by how a personal touch can motivate a person’s life,” Bisek said at a recent meeting of the Seaside Downtown Development Association. “I got sick of where making money was the point of the job, and got my master’s in educational leadership to get a job like this, where I feel like I’m making a difference.”

ASPIRE is a mentoring program that matches trained and supportive adult volunteer mentors with students to develop a plan to meet education goals beyond high school.

The program is director to high school seniors, but “we’re trying to get enough volunteers to start earlier, junior or sophomore,” Bisek said. “You work with a small number of students throughout the year and assist them in the process of whatever they want to do — making dreams come true, to put it in a sunny light.”

At Seaside High School, he said, there are only two counselors for 450 students. “That’s where ASPIRE comes in,” Bisek said.

The program pairs students and volunteers by interest, or have experience in the field they’re interested in. Bisek invited mentors to contact him to volunteer on a weekly, monthly or flexible basis. “Every single mentor we bring in is an incredible asset,” he said.

As we look to develop the next generation of leaders, the good news is that ASPIRE and CEDR are not alone among resources. WorkSource Oregon provides “quality information and informed choices” for local job-seekers. And employers themselves, frustrated by the expense and risk of bringing in candidates from long distances to fill vacancies, are enthusiastically recruiting along the coast.

This isn’t about funneling students into roles they’re not inclined to do — it’s about providing them the confidence to pursue options, whatever their career goals may be.

The Clatsop County Career and Job Fair takes place Wednesday, Feb. 22, from 9 a.m. to 4 p.m. at the Clatsop County Fairgrounds. To register as an employer to participate in the career and job fair, call Linda Wyss at WorkSource Northwest Oregon office at 503-325-4821, ext. 234, or email linda.l.wyss@oregon.gov, or visit clatsopjobfair.com.