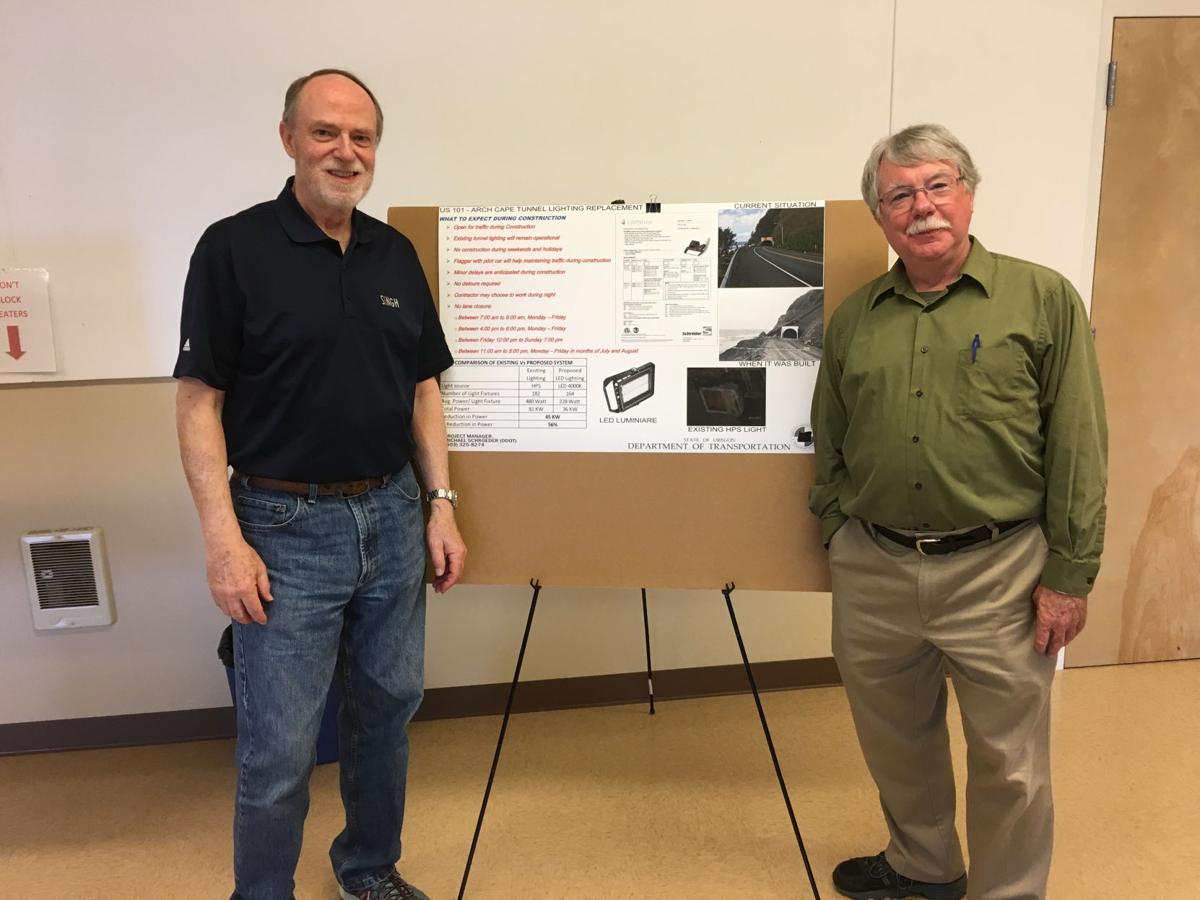 Project manager Walter Bartel and Michael Schroeder of the Oregon Department of Transportation at an open house introducing the new lighting system for the Arch Cape Tunnel. 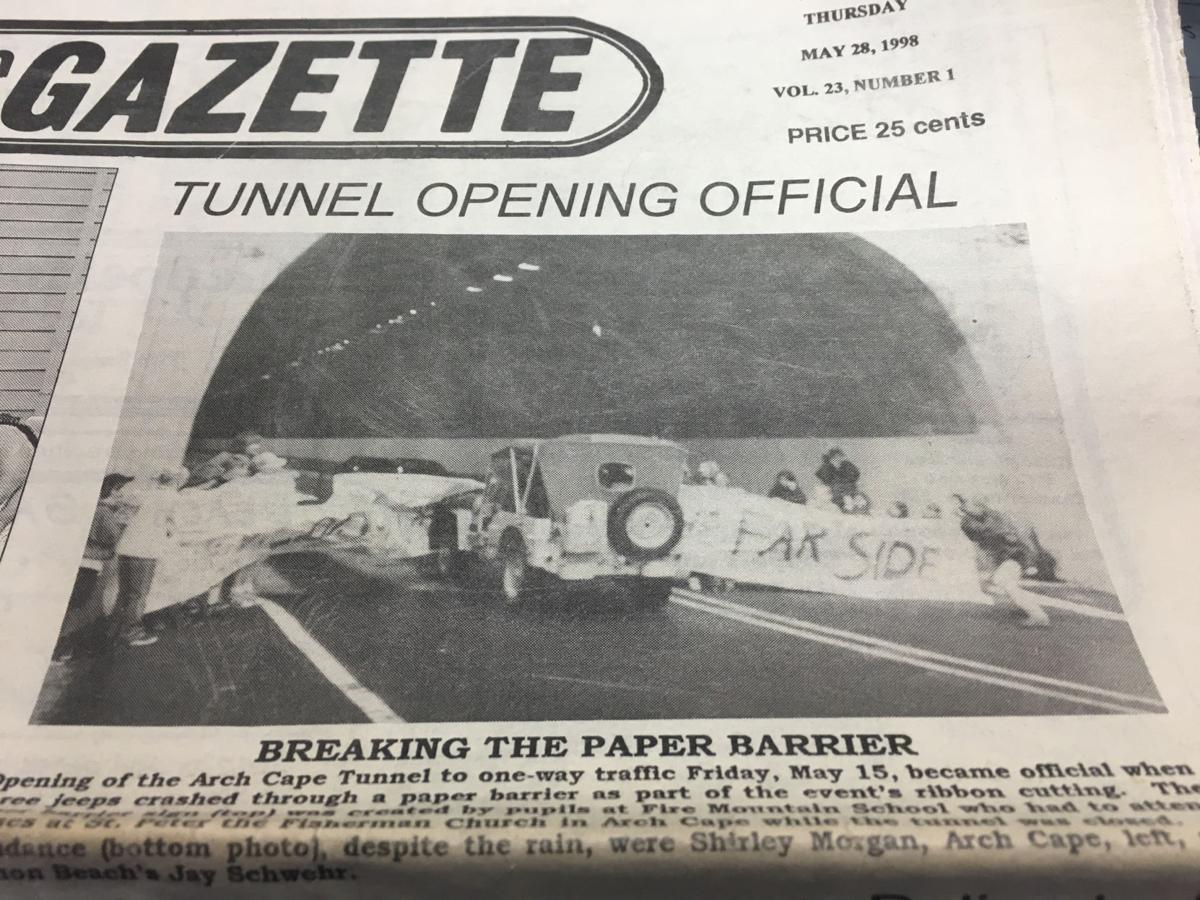 Jeeps “crash” through a paper barrier created by Fire Mountain School students at the Arch Cape Tunnel's reopening in 1998. 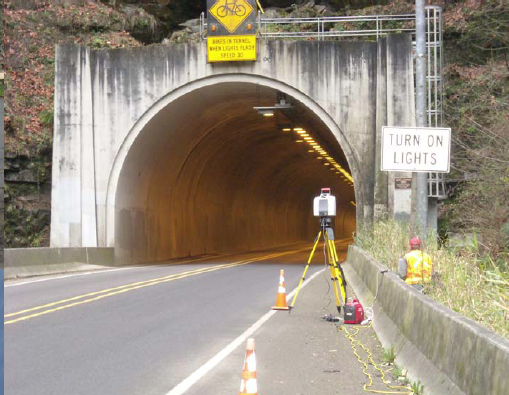 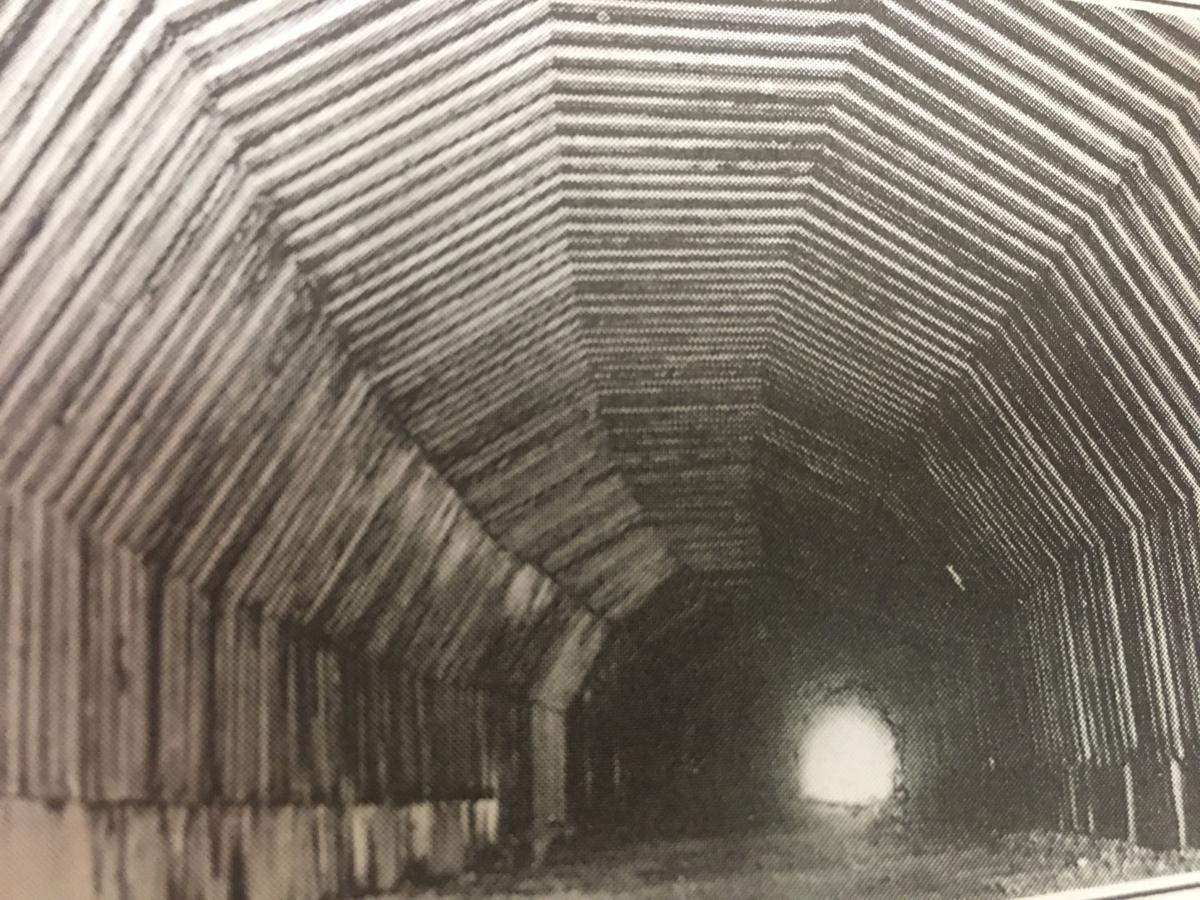 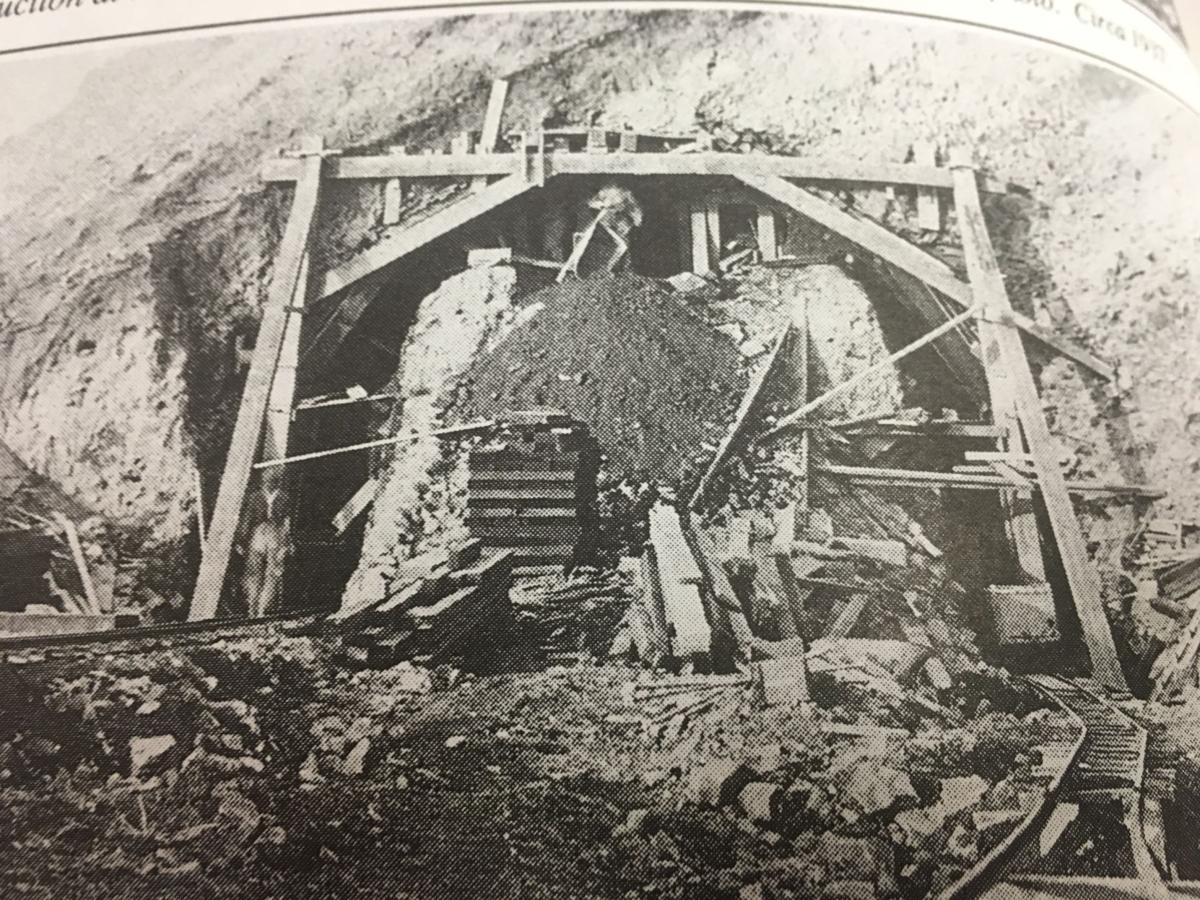 Tunnel construction on the south portal, circa 1937. 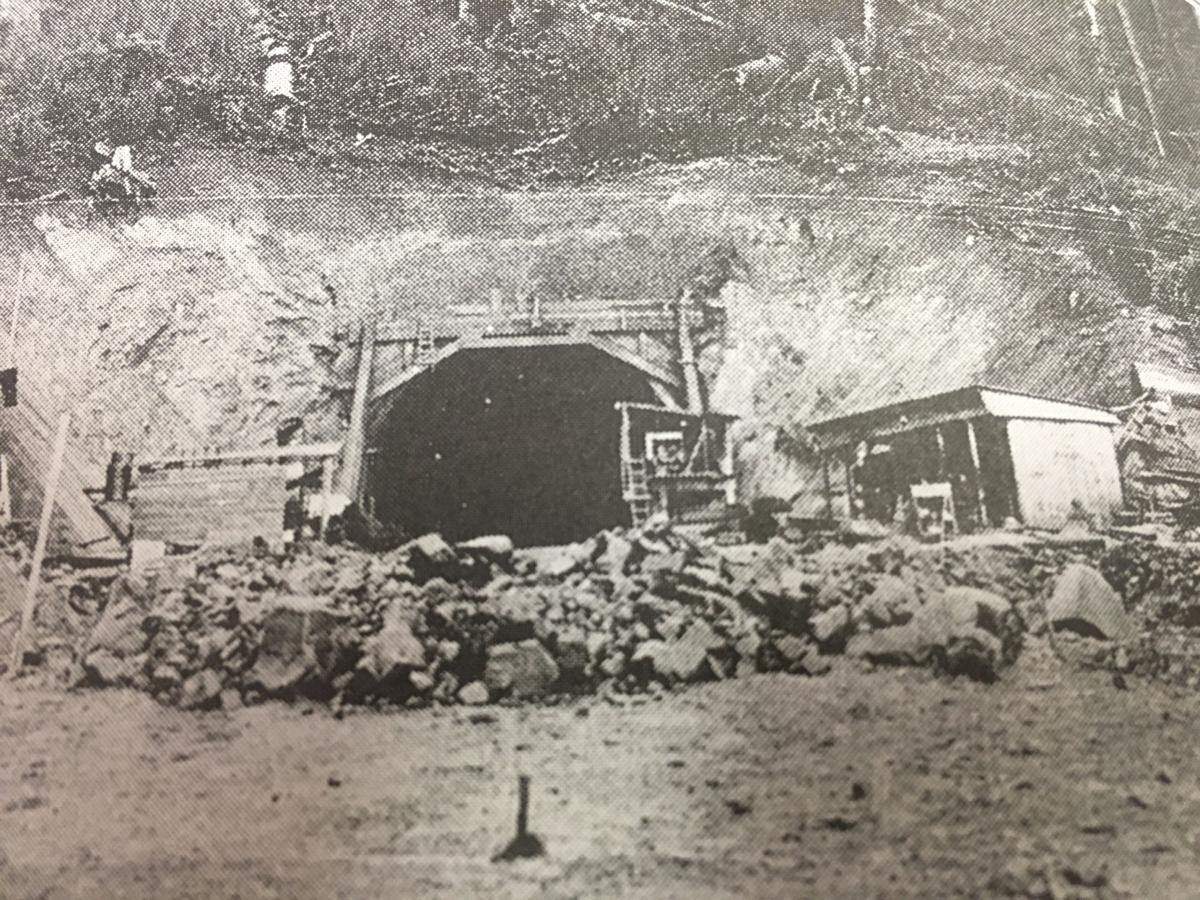 Tunnel construction at the north portal in 1937

Project manager Walter Bartel and Michael Schroeder of the Oregon Department of Transportation at an open house introducing the new lighting system for the Arch Cape Tunnel.

Jeeps “crash” through a paper barrier created by Fire Mountain School students at the Arch Cape Tunnel's reopening in 1998.

Tunnel construction on the south portal, circa 1937.

Tunnel construction at the north portal in 1937

ARCH CAPE — “One of the many projects on the books,” is how Oregon Department of Transportation Northwest Area Project Leader Michael Schroeder described replacement of lights and fixtures at the Arch Cape Tunnel during a September information session at the fire station.

Once upon a time, Arch Cape was at the end of a wagon road from Seaside. The 1,230-yard long tunnel on U.S. Highway 101 connected the North Coast to Manzanita.

The lights were probably the easiest part of the original construction project.

According to “Arch Cape Chronicles: The History of Arch Cape,” some of the rock was sandstone while other rock was a much harder basalt. Sandstone is less stable than basalt and when exposed to air, immediately becomes soft and crumbles like dirt. Timber beams were necessary to prevent a cave-in.

During construction, workers stayed on the ocean side of the north entrance at the Arch Cape Hotel. Carbon monoxide and gas fumes felled the men, who rarely lasted longer than a few months on the job.

Tunnel worker Charles Haddock said in a 1993 interview that while the brakes of his International Harvester truck were good and the cab kept out of the rain, “I can recall no other comforts by today’s standards.”

Winds of up to 70 mph battered workers and lashed unheated cabins in what laborers described as “wild country.”

Construction began in early 1936. Completion was expected by year-end, but weather, inexperience and equipment delays extended the completion date until 1938. It wasn’t until March 1940 that work was completed with the laying of asphalt, gutters and curbs.

Arch Cape was no longer isolated. The Oregon Department of Transportation estimates the tunnel receives about 5,000 vehicles a day.

The original lighting used mercury bulbs and PCB ballasts, Schroeder said, using a chemical banned in 1976 and phased out in years to come due to their toxic effects.

A multimillion-dollar 1998 construction project replaced the tunnel’s rotting timber linings with steel-reinforced concrete. Engineers swapped lighting fixtures with halogen lamps. The reopening was celebrated with the “crashing” of a paper barrier by three jeeps.

The state’s tunnel inspection program selected the Arch Cape Tunnel as one of three (of nine tunnels managed by ODOT) for “in-depth” 10-year inspections.

Two have been performed, in 2000 and 2010, with regular inspections every two years and drainage cleaning twice a year.

Inspections focused on the tunnel’s entrances, liners and lighting.

Since that time, while they’re all working, they require “a lot of power” and frequent repair, Schroeder said.

Galvanized aluminum harnesses have rusted out, and while not in danger of dropping off the ceiling “anytime soon,” in five to 10 years they could become a danger to the motoring public.

About two years ago, ODOT applied for a federal grant to replace the lamps, seeking about $1 million for the project.

The Federal Highway Administration saw the need and approved funds to replace the system. The state will also receive a rebate from the Energy Trust of Oregon.

The lighting project is slated for a 90-day spring construction schedule.

Materials will be stainless steel, except for the lights, which will be ceramic. High-lifts will take the system down and drill the bolts to hang the hangers. Lights will be epoxy-bolted in a concrete liner drilled into solid rock before wiring through a conduit.

Most of the work will be done at night. The new lights will be built next to the existing ones so there will be no interruption of service.

During installation, one lane will be closed and a pilot car will lead a single-lane of traffic.

The lights will be managed by a timer in a controller cabinet.

Bike-warning lights will also be enhanced to protect cyclists heading through the tunnel.

Maybe next on the tunnel modification agenda will be a genuine bike lane. Right now, it’s a daunting proposition for anyone on two wheels.