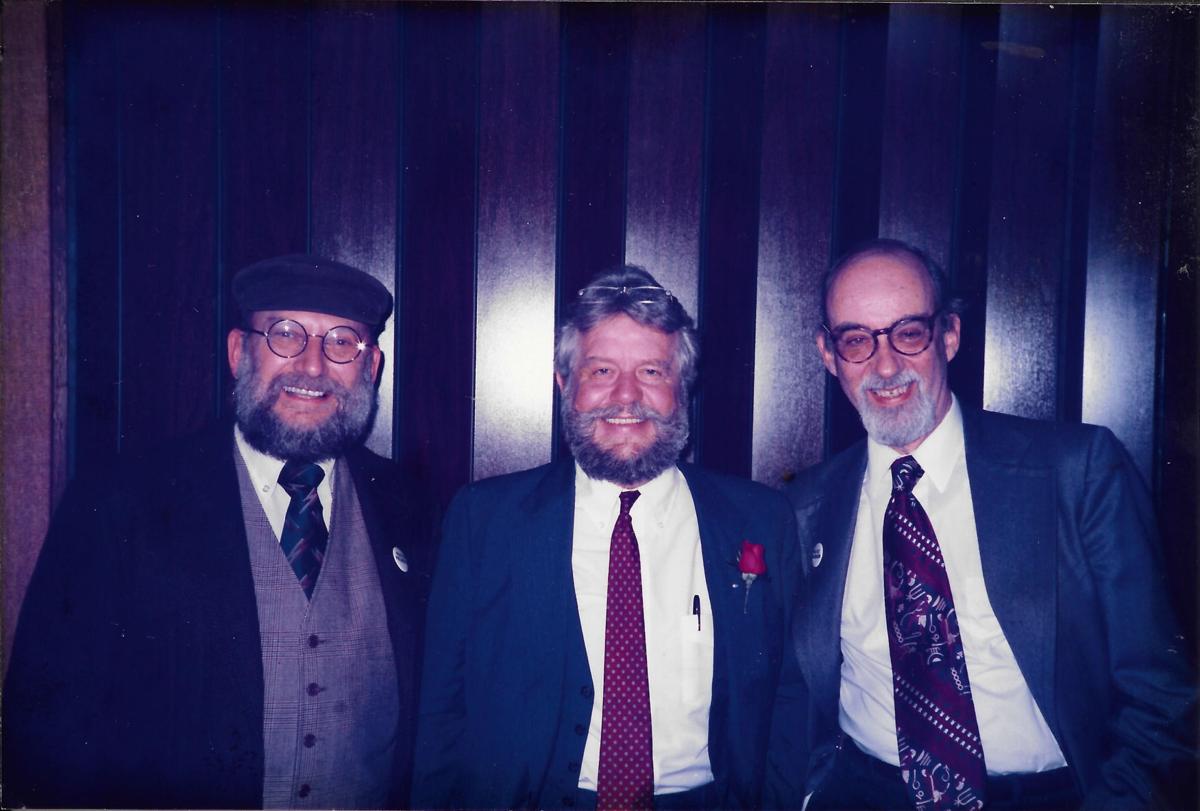 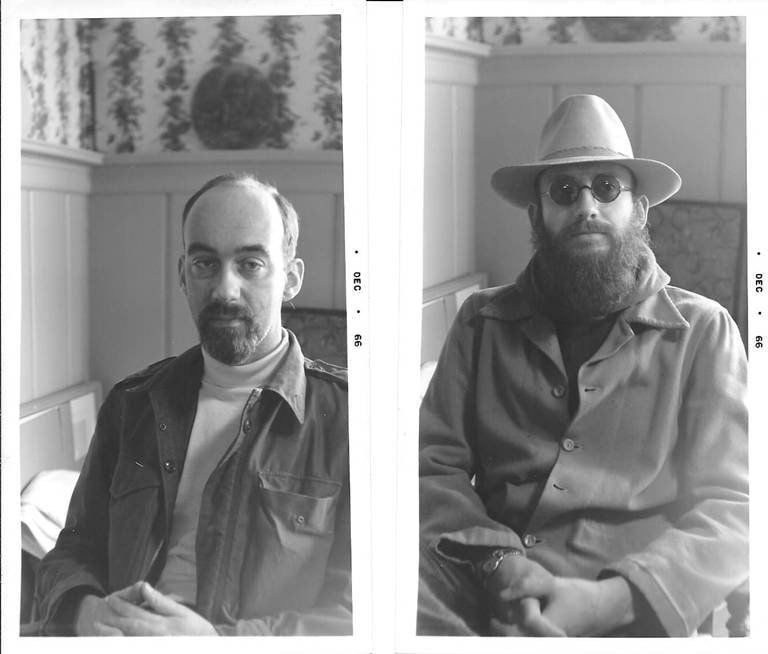 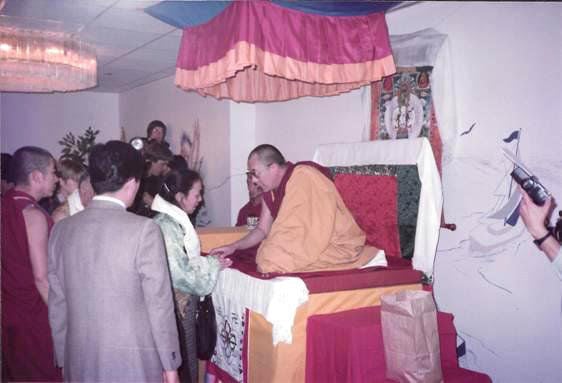 Waiting for a visit with the Dalai Lama at the Shilo Inn in Seaside. 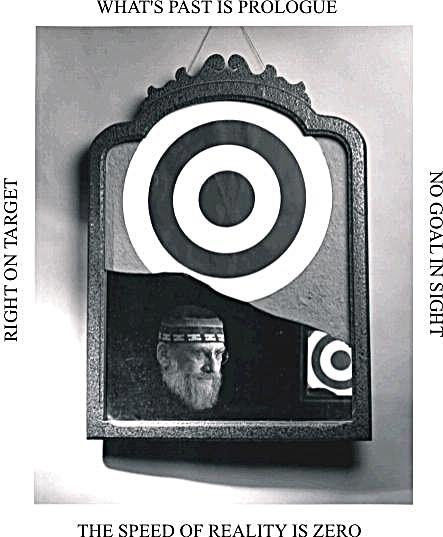 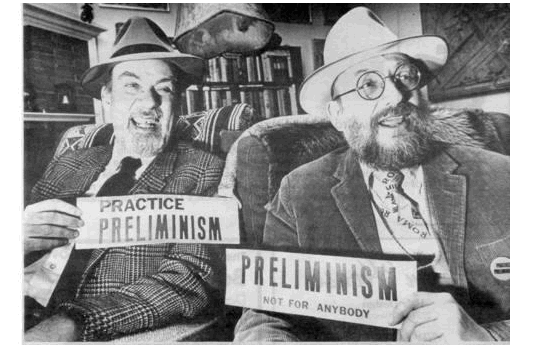 Waiting for a visit with the Dalai Lama at the Shilo Inn in Seaside.

To capture a collagist in words is a real challenge for a writer, much less a newspaper writer.

Rex Amos “cannot pass a scrap of paper on the sidewalk without stooping over to pick it up and examine it for collage possibilities,” reads an introduction to his work. “His friends have been embarrassed repeatedly by his stopping to rip years’ worth of pasted posters from public walls, layers of glutted paper and glue so heavy they wrapped themselves around him as he fought them into submission.”

There’s enough to write about Amos to fill a few storage rooms at a university, and that’s where they keep his memoirs, images and miscellany. (In his case “miscellany” gains wide berth from his imagination.)

When I saw Amos at Cheri’s over the holiday, he told me his colleague Graham Patrick Conroy died on Dec. 21. Amos and Conroy — a fourth-generation Oregonian, war veteran, longtime member of the Baha’i faith and a philosophy professor at Portland State University — co-founded Preliminism, the philosophy they described as “the theory and practice of practice.”

According to a 1985 profile of Amos and Conroy, the initial Preliminist observations were recorded in a small notebook. The notebook was washed with Rex’s shirt. One word remained legible, “Nothing.”

Preliminism’s central truth, wrote Conroy in “Tentative Notes Toward an Archive of Preliminism,” is that everything is preparation for the real thing, but the real thing never comes: “Rehearsing for the stage, but there is no stage, only the rehearsal.”

According to Amos in a remembrance, Conroy lived this philosophy, including sporting “PRELIM” vanity plates on his car, and wearing a “Practice Preliminism” button on his sport coats.

The richness of their friendships crossed cultural and social boundaries, charting a path dotted with characters as diverse as the King of Sweden and the mythically reclusive author Thomas Pynchon.

According to Amos, Conroy spent a night on a Persian carpet in Lake Oswego with Pynchon on the condition that he didn’t write about it. They met up with the Dalai Lama at the Shilo Inn in Seaside in 1984, Amos recalled, where they waited among hundreds of faithful before each received a blessing.

“Conroy also took great pride in being the oldest member of the Jackie Chan Fan Club,” Amos wrote. “He traveled to China and Hong Kong several times to meet with Jackie Chan, including joining the crew during filming of ‘Rush Hour 2.’”

Conroy was recognized upon his retirement with an official city of Portland proclamation of “Practice Preliminism Day” on March 9, 1990. The celebration held at Goose Hollow Inn has been recognized annually ever since. “Mayor Clark’s official city seal with its red ribbon has gone missing but its memory is held in perpetuity,” Amos recalled.

In this day of big and bigger nuclear buttons, bully-bluster and true lies, we need pacific — in the lowercase sense — and quick-witted believers like Conroy and Amos.

“Life is art and it is in the world of art that philosophies of living abound,” Conroy wrote in Preliminist Time. “The purpose of practice is more practice.”

The secret of a lasting philosophy is its ability to reach out to future generations with enduring truisms.

And what more appealing philosophy that always puts us at a new beginning? That is the essence of an optimist.

Add to that a cold beer from the Goose Hollow and you’re in Portland Nirvana.

“We are all practicing for our role in the drama of life,” wrote Conroy. “Preliminism is seeing the tunnel at the end of the light.”