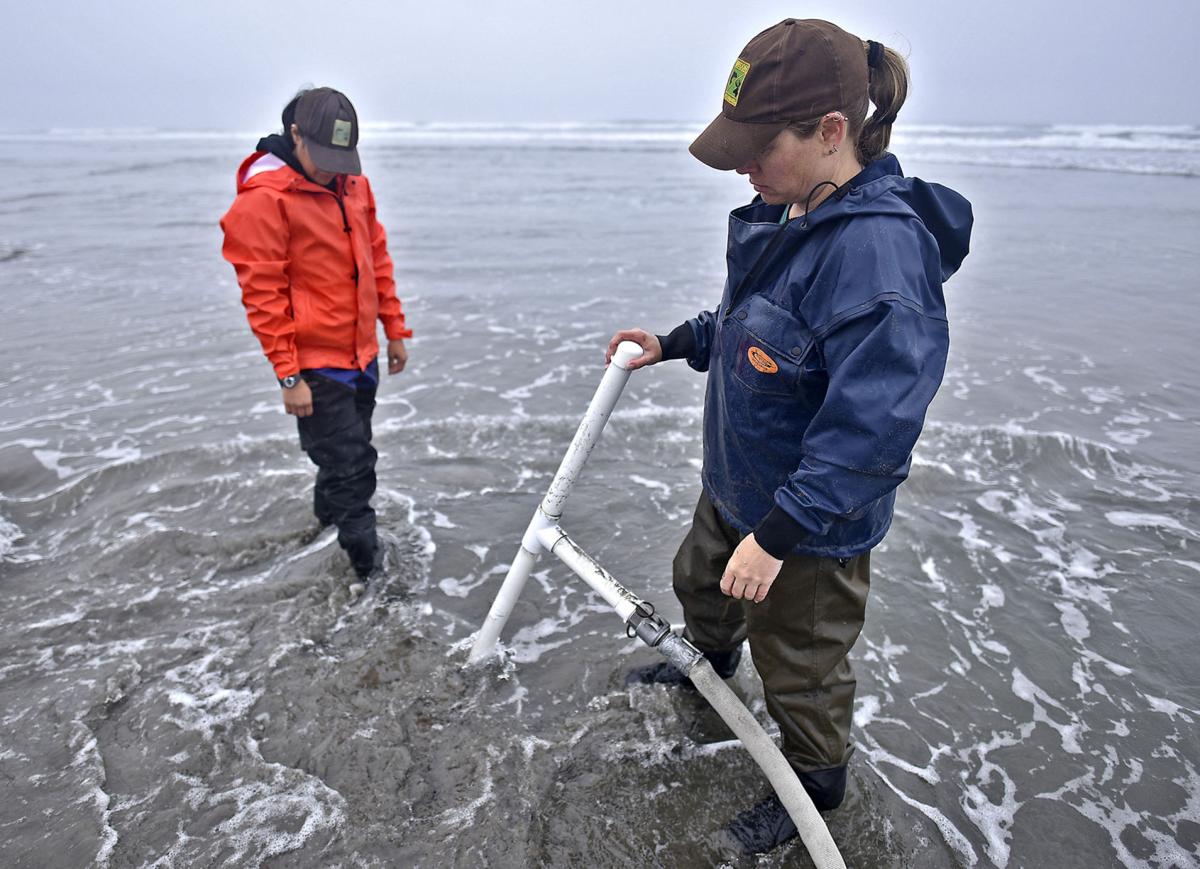 Valerie Miranda and Micah Rodgers with the Oregon Department of Fish and Wildlife search for razor clams on the beaches near Fort Stevens State Park. 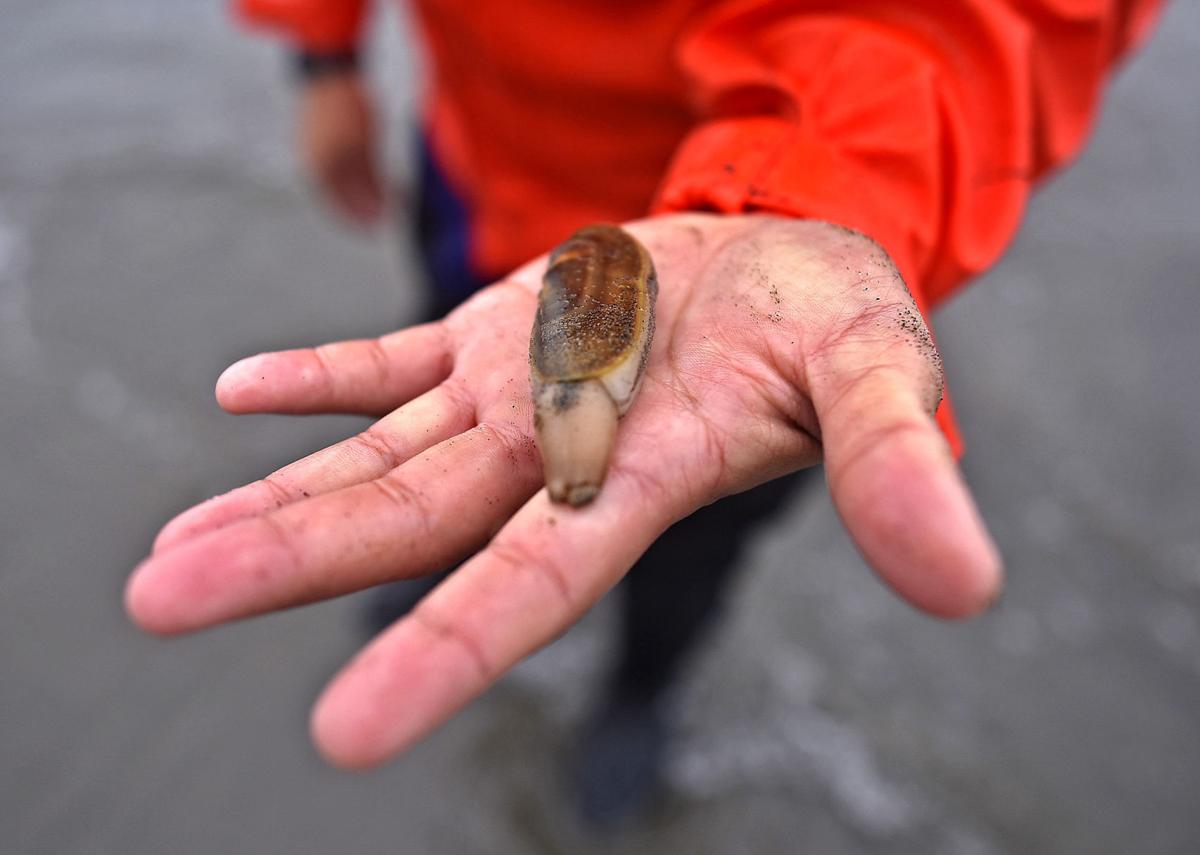 Valerie Miranda holds a razor clam dug up from the sand in order to study the species. 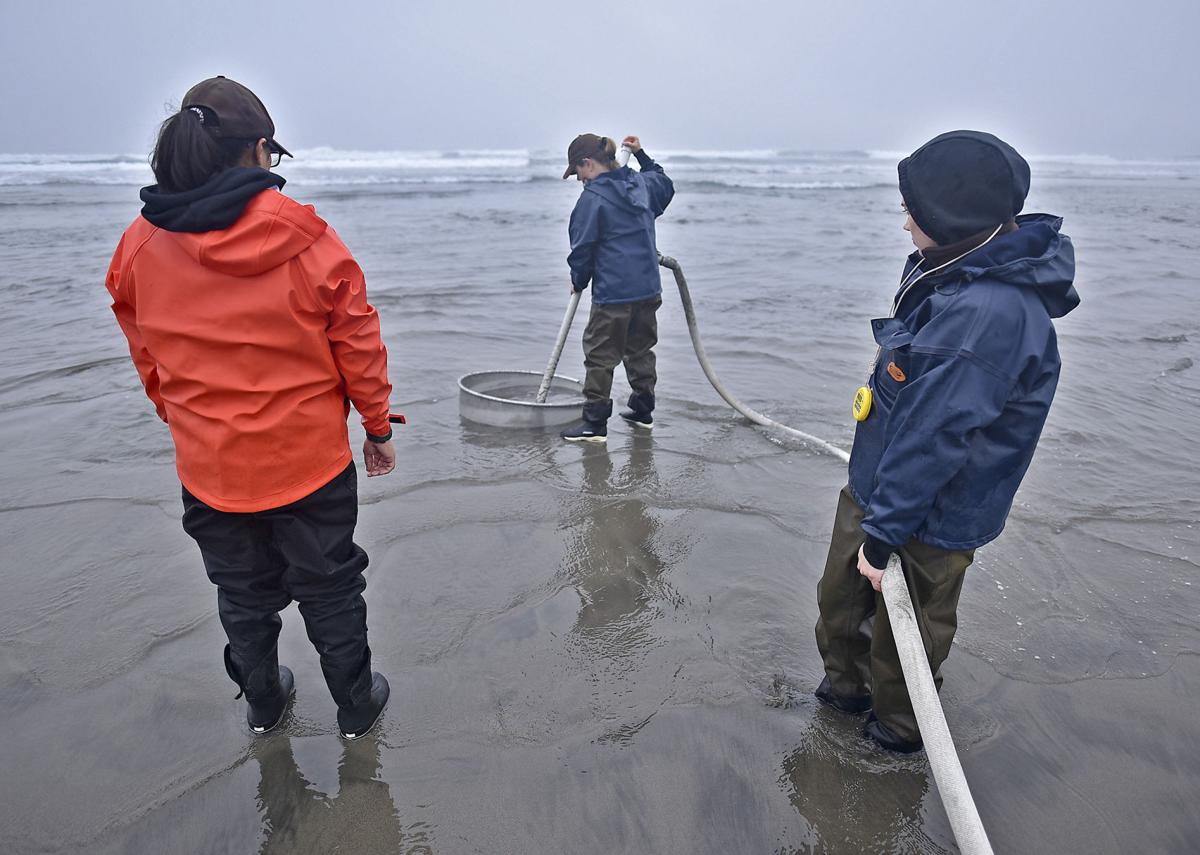 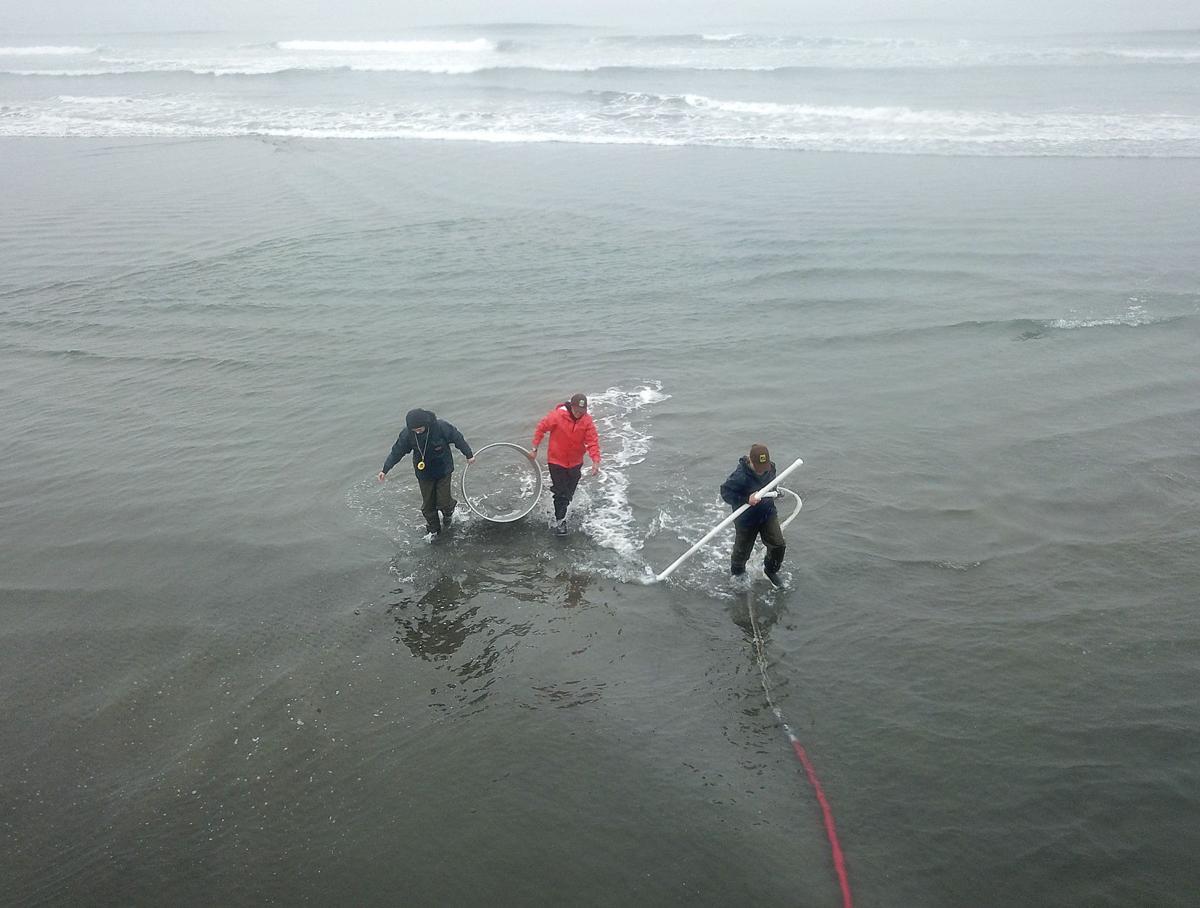 Valerie Miranda and Micah Rodgers with the Oregon Department of Fish and Wildlife search for razor clams on the beaches near Fort Stevens State Park.

Valerie Miranda holds a razor clam dug up from the sand in order to study the species.

It’s a mix of good news and bad news for razor clam populations in Oregon and Washington state this summer.

Fishery managers say after several years of strange ocean conditions and harmful algae blooms, there’s a feeling that the worst is behind them for now.

But Oregon Fish and Wildlife Commissioner Bruce Buckmaster fielded concerns from original members of a shellfish task force earlier this year and will be asking his fellow commissioners to re-examine how the fishery operates in Oregon.

Near the end of June, staff with the Oregon Department of Fish and Wildlife saw numerous small razor clams being dug up and either left behind on purpose or inadvertently discarded as people dug down in pursuit of larger clams. Under state rules, diggers must take the first 15 clams they dig no matter the size. Buckmaster was asked if a seasonal closure on Clatsop beaches could occur earlier, in June rather than in July, to give small clams more time to grow.

While Washington state opens portions of the coast to clam diggers on a case-by-case basis from October through May, Oregon’s beaches are, for the most part, open year-round — barring emergency closures due to the presence of marine toxins like domoic acid. A seasonal closure also occurs on 18 miles of beach north of Tillamook Head in Clatsop County from mid-July through September to give young clams a chance to grow. This area receives the brunt of the state’s digging activity and accounts for 95 percent of the clams harvested in Oregon.

The thinking is “if you have a time period when clams are not being used in the way they should — meaning they’re not being kept — maybe we shift the season to when they’ll be bigger and be kept,” said Matt Hunter, shellfish and phytoplankton leader for the Oregon Department of Fish and Wildlife.

It’s a social issue as well as a biological issue, he added. Clam digging is a major tourist draw and a local tradition.

No matter what goes on in Oregon, digging could be limited in Washington state this winter. Long Beach’s popular digging grounds remain low on harvest-sized clams. Last year, the state saw the lowest number of harvest-sized clams in 25 years. This year, it’s even less.

“There’s not going to be a lot of digging at Long Beach in the coming season,” predicted Dan Ayres, a biologist for the Washington Department of Fish and Wildlife who leads the state’s coastal shellfish unit.

Things could pick up in the spring, though, if the larger of the small clams that are on the beach now grow to a harvestable size. Farther north, razor clam populations appear to be robust.

“Overall, the picture is bright for the future,” Ayres said. “But Long Beach is going to have a little bit of a gap.”

In Oregon, the number of up-and-coming razor clams is significantly over what fishery managers saw last year.

“I can tell you it’s much better than last year already,” Hunter said.

The department just began its annual razor clam stock assessment on Clatsop beaches and Hunter won’t have final population numbers until the end of September. He will present the numbers to the Fish and Wildlife Commission in December and expects to discuss possible season changes with commissioners then.

Both states will continue as usual to test for the presence of marine toxins like domoic acid. Oregon’s southern coast has experienced particularly high levels of domoic acid this year. Cape Arago, near Charleston, to the California border remains closed to razor clam harvest because of domoic acid. However, neither state has seen an increase in the production of the toxin in Clatsop County or Pacific County recently. But, Ayres noted, there are projections of an El Nino event this winter.

The warmer water associated with an El Nino “potentially means more problems with harmful algae,” he said. “But it’s not a sure deal.”