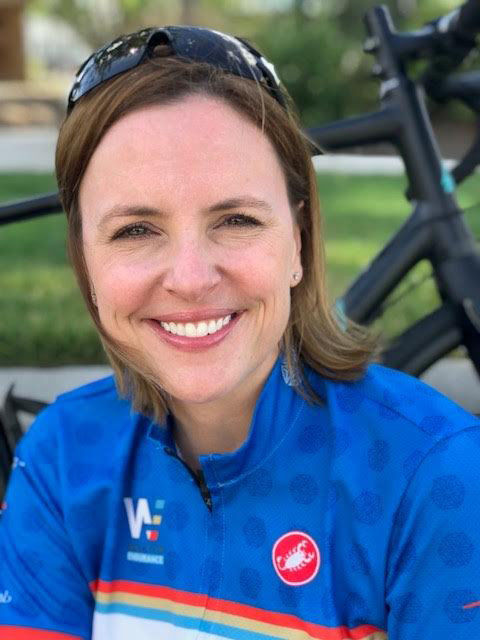 Liz Hardaway will ride from Cannon Beach to Boise to raise money for cancer research. 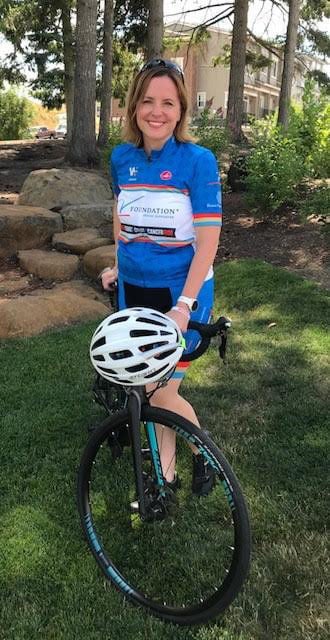 Liz Hardaway, of Wilsonville, lost both of her parents to cancer.

Liz Hardaway will ride from Cannon Beach to Boise to raise money for cancer research.

Liz Hardaway, of Wilsonville, lost both of her parents to cancer.

Jan. 12, 2018 marked 15 years since the death of Liz Hardaway’s father from lung cancer. It also was the start of one of the most remarkable challenges she has ever accepted.

That was the date she signed up to bike from Cannon Beach to Boise, Idaho, to raise money for cancer research. Hardaway, 47, of Wilsonville, also lost her mother to lung cancer 23 years ago.

“For me it was a very personal, ‘Why?’” she said. “I thought this was just a great way to honor my parents.”

Hardaway, an access and reimbursement manager at pharmaceutical company Bristol-Myers Squibb, ceremoniously dipped her toes in the Pacific Ocean on Wednesday near Haystack Rock. Then, Hardaway and a team of co-workers will ride 225 miles east toward Boise.

The team represents the first leg of the fifth annual Coast 2 Coast 4 Cancer Ride. After Boise, six other teams and a total of 109 riders plan to stop in Salt Lake City, Denver, Indianapolis and Kansas City before reaching the Atlantic Ocean in Long Branch, New Jersey, on Sept. 25.

The goal of the ride is to raise $1 million for the V Foundation, a nonprofit that promotes cancer research. More than $466,00 had been raised as of Friday afternoon on the ride’s website.

Hardaway’s team, Mission Possible, had raised more than $61,400, more than $5,000 of which came from her own fundraising through friends, family and neighbors.

“You realize how important what you’re doing is for the patients dealing with cancer,” Hardaway said.

Hardaway had little experience riding bikes, save a few short biking trips on the Oregon Coast. When she started training in the spring, learning how to stay upright was one of her first hurdles.

Hardaway fell probably a dozen times. “While I was at intersections in Wilsonville, I probably was seen numerous times falling over.”

After relying heavily on a stationary bike at the start of training, Hardaway gradually weaned off of them as she improved her balance and endurance. Some weeks she would ride for two to three hours, while others she would train 15 to 18 hours. For the past 2 1/2 months, she has logged 120 to 170 miles during each three-day training session.

Hardaway, whose husband has accompanied her at times during training, called it “a family mission.” Now more seasoned and passionate, she plans to continue with the sport after the cancer ride — and a couple of weeks of rest.

Hardaway was nervous leading up to her lengthy journey, she said. But, “I keep remembering why we do this and it keeps me grounded.”