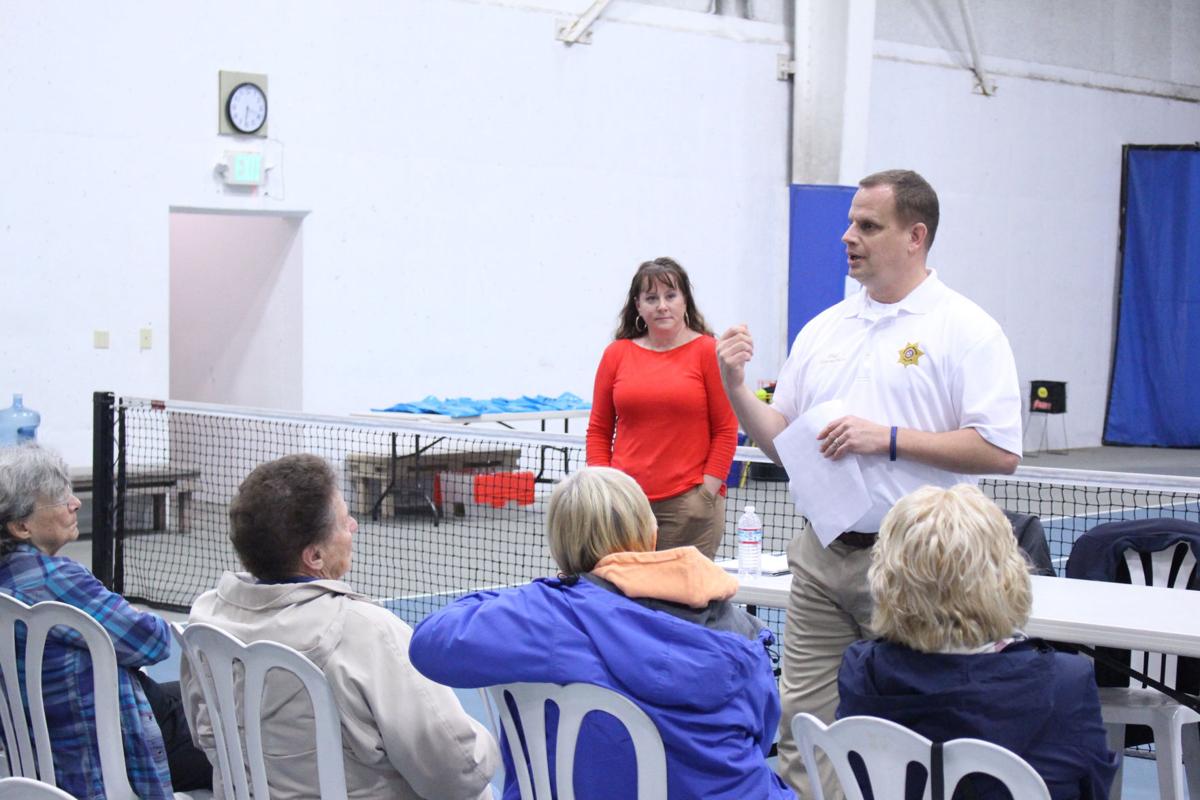 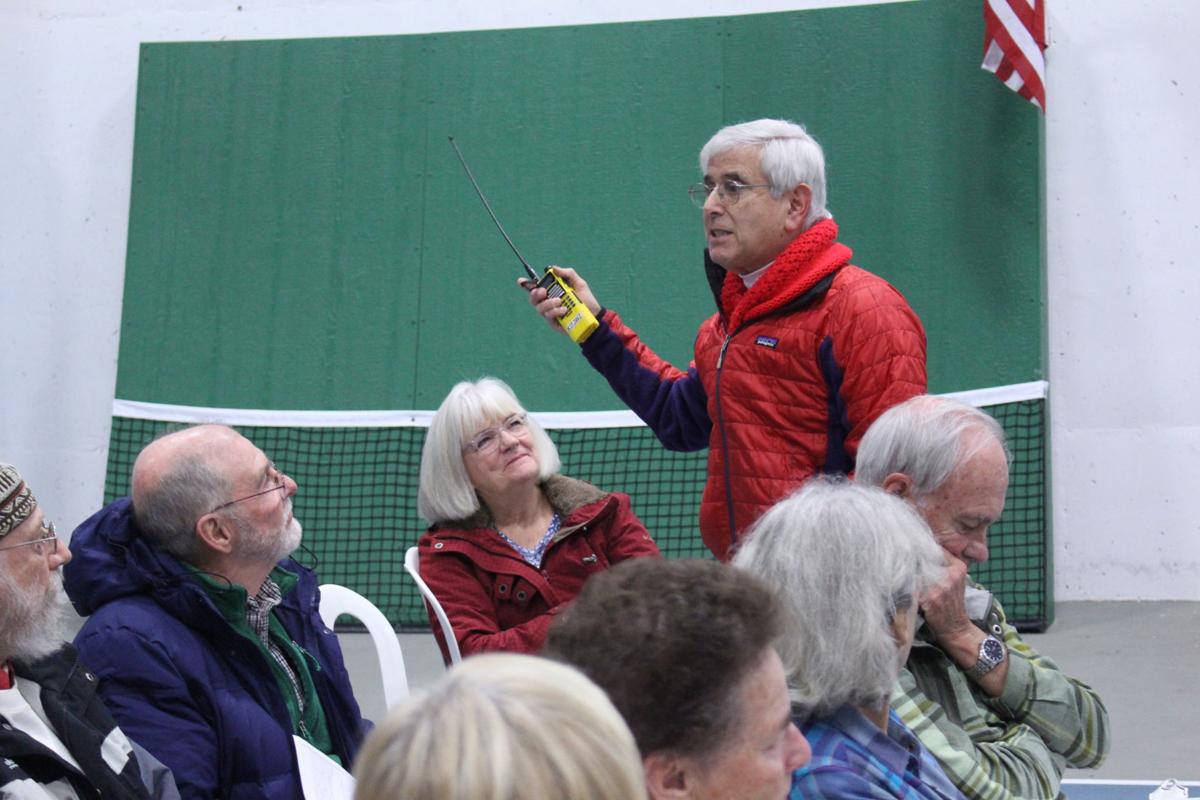 Bob Wayne explains at the neighborhood meeting at Breakers Point how the Medical Reserve Corps in Cannon Beach uses ham radio to communicate in a disaster.

Bob Wayne explains at the neighborhood meeting at Breakers Point how the Medical Reserve Corps in Cannon Beach uses ham radio to communicate in a disaster.

“People tend to get tired of going to big preparedness events, and either the same people attend those events or people just don’t attend the events,” she said. “You don’t get a lot of new outreach.”.

At larger events, she found, residents were more hesitant to ask questions and engage with the training. To combat this issue, Burr and Cannon Beach Police Chief Jason Schermerhorn started to hold individual preparedness meetings in each of the city’s 12 neighborhoods to get the message out. Each month, Burr and Schermerhorn hold seminars tailored specifically to the needs of the neighborhoods, including the nearest escape routes, go-bag protocol, and a variety of other topics. While there are many countywide efforts for emergency preparations, this specific approach is a first for the region.

“Instead of having them come to the city, the city is coming to them,” Burr said.

Rather than being held in a public event space, meetings are held in people’s homes. On Nov. 29, about 30 neighbors on the north end of town convened on the tennis courts of Breakers Point.

While the central focus was education about tsunami and seismic awareness, Burr and Schermerhorn addressed questions about public safety and how to prepare for disaster scenarios like windstorms and flooding.

“Tsunami is the buzz word, but there are lots of different types of storms to prepare for,” Schermerhorn said.

Most people had questions about what should be included in a go-bag, where supplies could be found and how the city planned to communicate with them when phone lines went down and roads were blocked with debris. Some asked detailed questions about how to evacuate with pets and whether or not it was safe to return to their homes after an earthquake.

In the preliminary meetings, Burr has already noticed some gaps in the community’s preparedness knowledge.

“Some people have wondered whether or not you wait for the siren before evacuating,” Burr said. “That’s not the warning — it’s when the ground shakes.”

While small in nature, the detailed meetings play a role in the city’s larger plans to create a mass care site at South Wind, a 55-acre city-owned lot south of town. But part of the success of the site will rely on neighborhoods filled with people who know what to do, said Burr.

Educating neighborhoods one by one funnels into a larger plan to create “hubs” in neighborhoods outside of the inundation zone — which constitutes about 600 people. One of the specific challenges for neighborhoods on the north end of town is the fact they are the farthest from the proposed mass care site.

These hubs would improve resiliency by requiring a central location in those neighborhoods to have medical, food, radios and other supplies, as well as a certain number of trained emergency response team members.

“We really want you to get to know your neighbors and be able to work with them, because that’s what it will take to be resilient,” Burr said.

For Luanne Barrett, the meeting Nov. 29 was the first time she met some of her neighbors at Breakers Point since moving to Cannon Beach six months ago. While she had a vague idea of what to do in case of a tsunami, Barrett said she had a better understanding of the geography of the region and where she could get resources than she did before.

“Up to this point, all I knew was the evacuation map and my own preparedness knowledge from working in search and rescue,” Barrett said. “It’s enlightening to know how much has already been done in this town that I wouldn’t have known otherwise.”