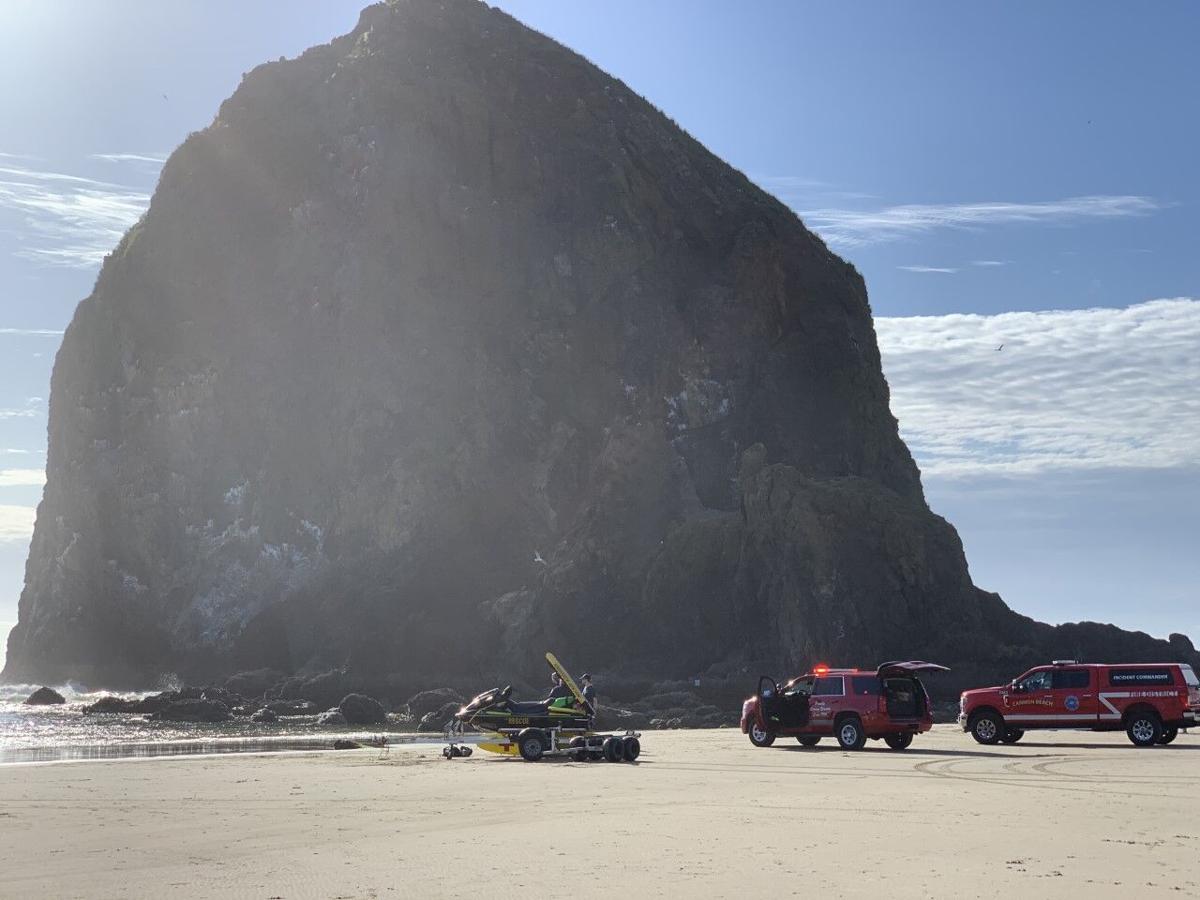 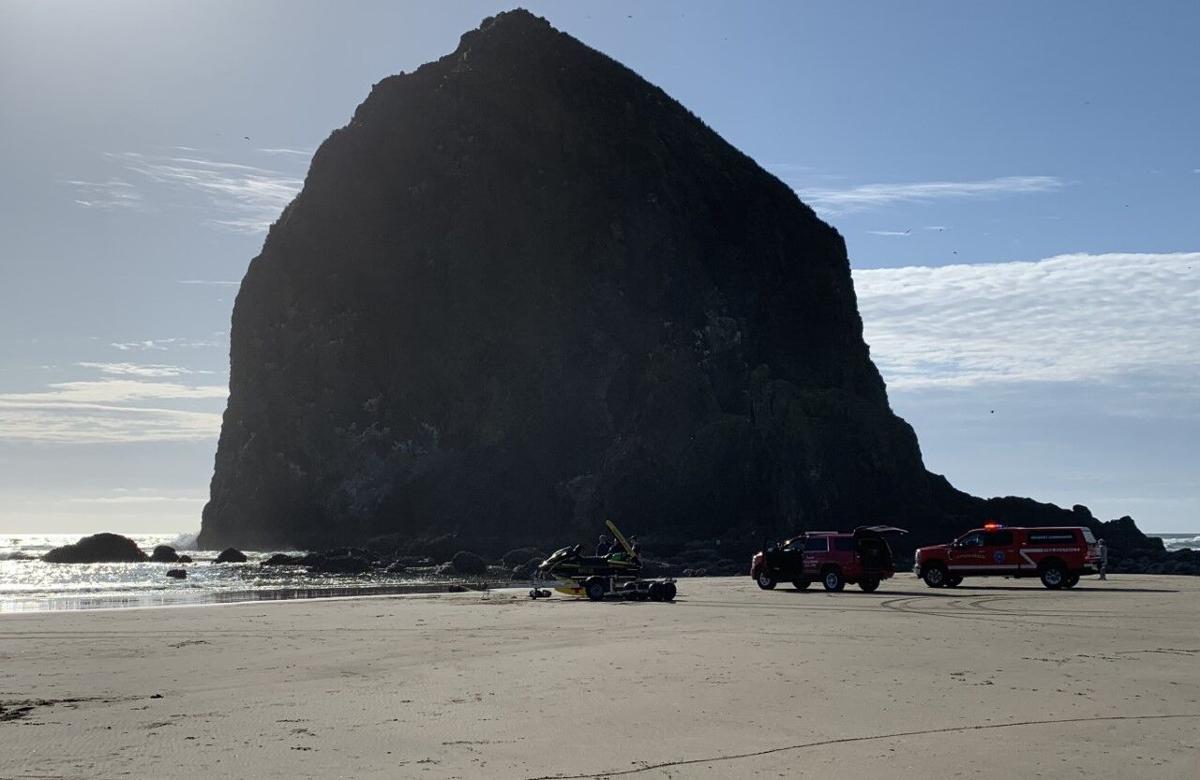 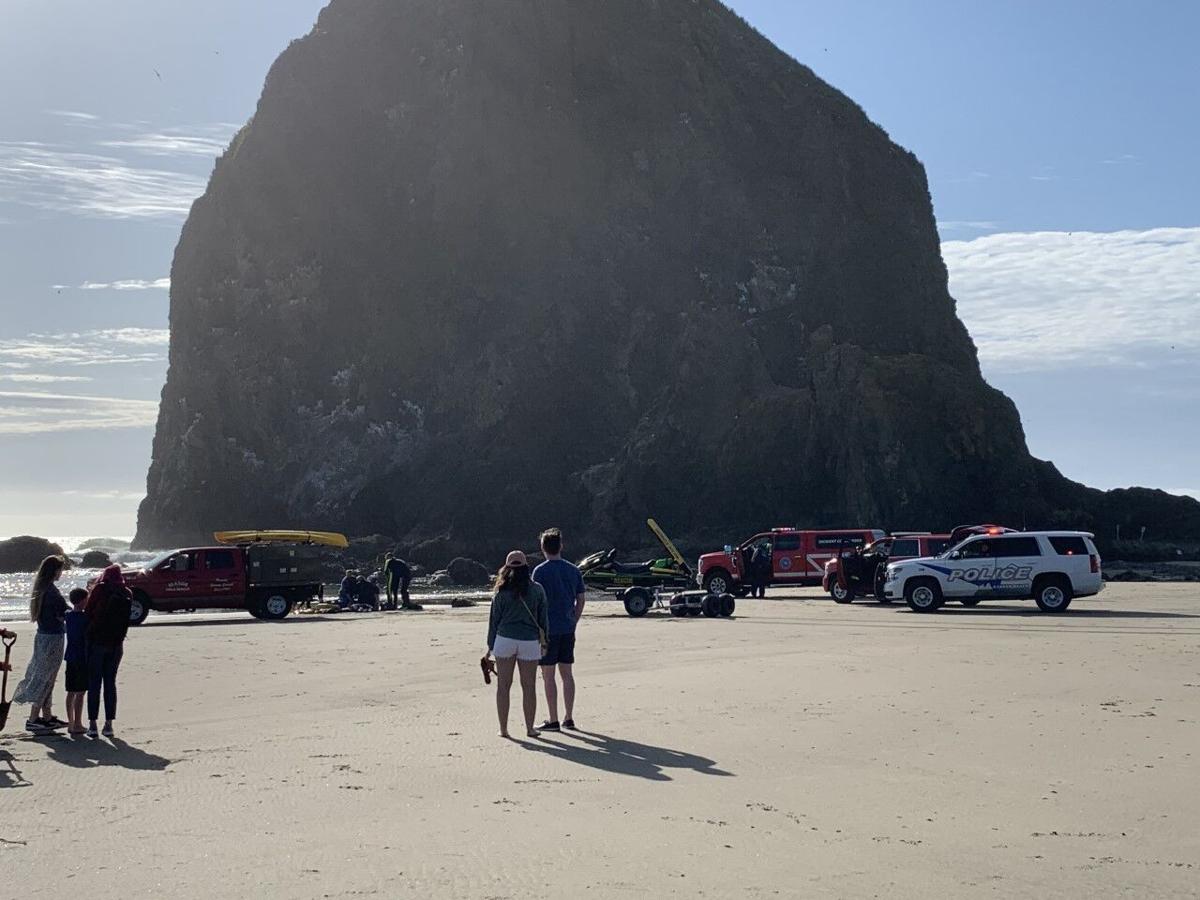 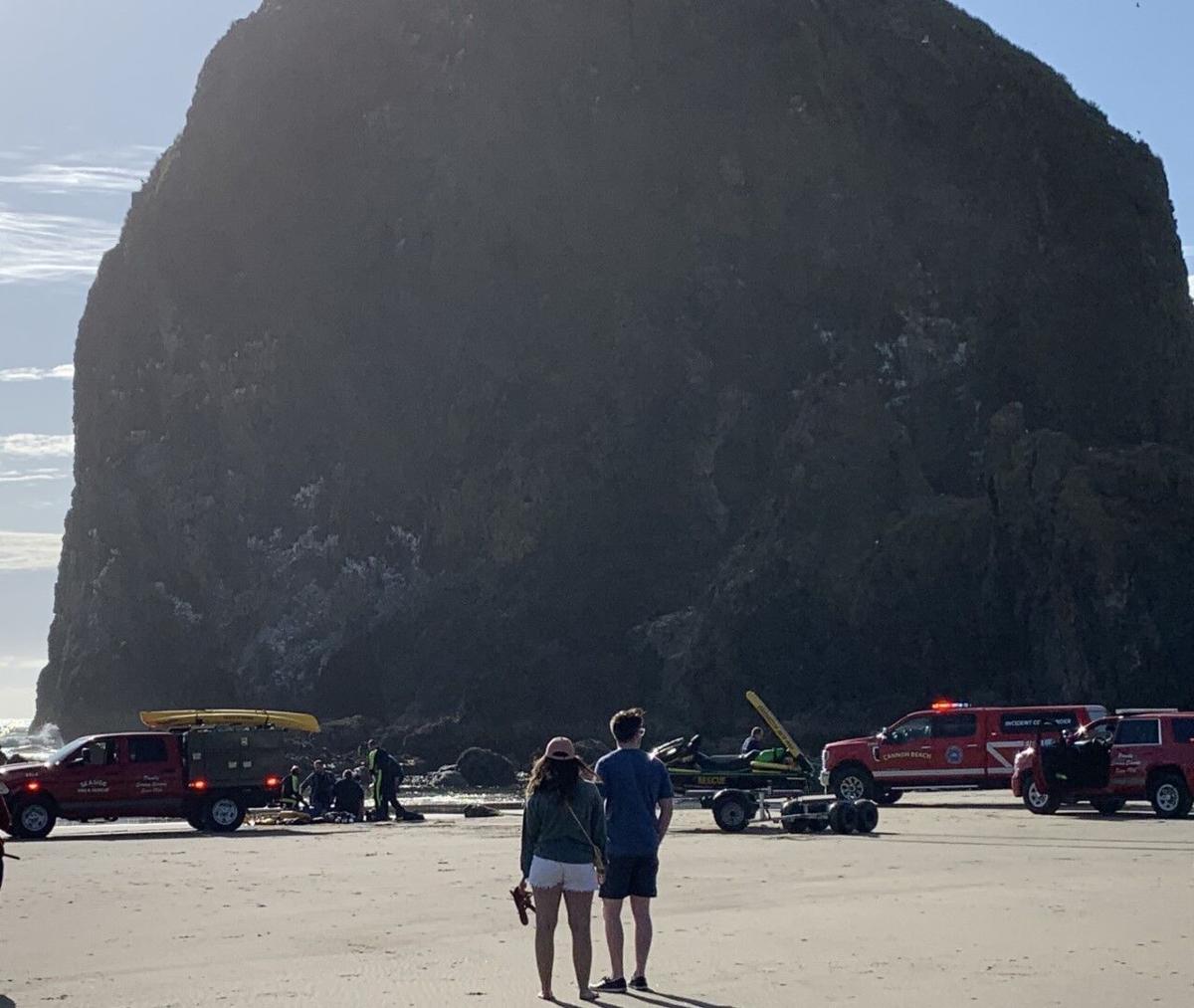 Cannon Beach Rural Fire Protection District (RFPD) responded to a call at 5:45 p.m. Wednesday, June 3, about two girls being sucked out by the tide near Haystack Rock. Arriving first, police made contact with one of the girls out of the water and was trying to locate the second.

Together, fire and police were able to visually locate the juvenile on the northwest corner of Haystack Rock, but soon lost sight of her. She was then spotted by other rescue personnel on the south side of the rock.

Seaside Fire & Rescue was dispatched to assist Cannon Beach Fire with the water rescue. With the combined efforts of police and fire, the swimmer was located on the south side of Haystack Rock and transported to Providence Seaside Hospital for further care. At this time, her condition is unknown.

Cannon Beach RFPD Fire Chief Marc Reckmann said the girls had originally been out in the water when they were pulled too far out in the wave.

“My guys did an amazing job keeping eyes on them,” Reckmann said.

Reckmann said Cannon Beach RFPD does not currently have a surf team but are working towards establishing one again. Cannon Beach’s lifeguards start on Friday, June 5.

Cannon Beach RFPD and Seaside Fire & Rescue would like to remind everyone the current in the Pacific Ocean can be unpredictable. The rip currents can take a person out in a matter of seconds. If you see a person struggling in the water, call 911 early. Cannon Beach Fire District and Seaside Fire & Rescue are primarily volunteer departments and it takes time to assemble personnel for a rescue.