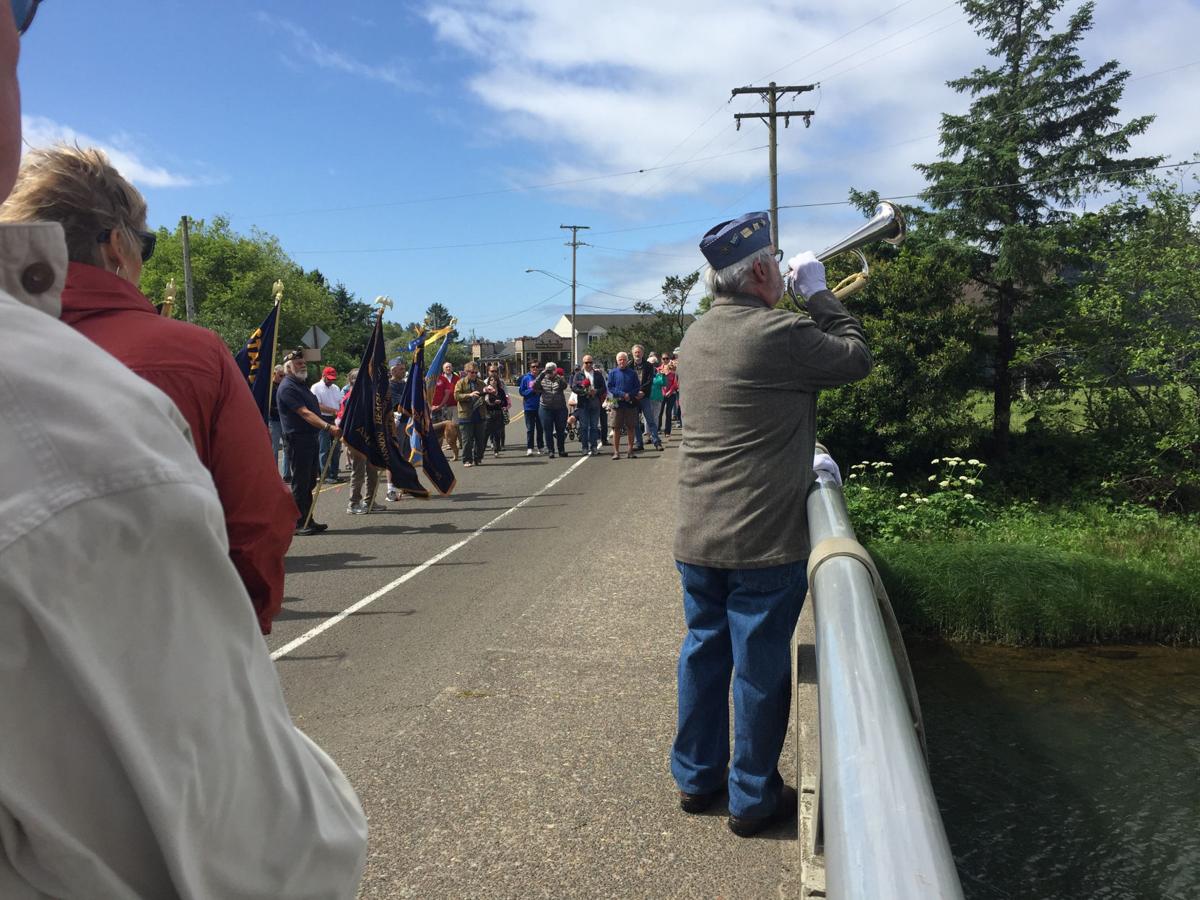 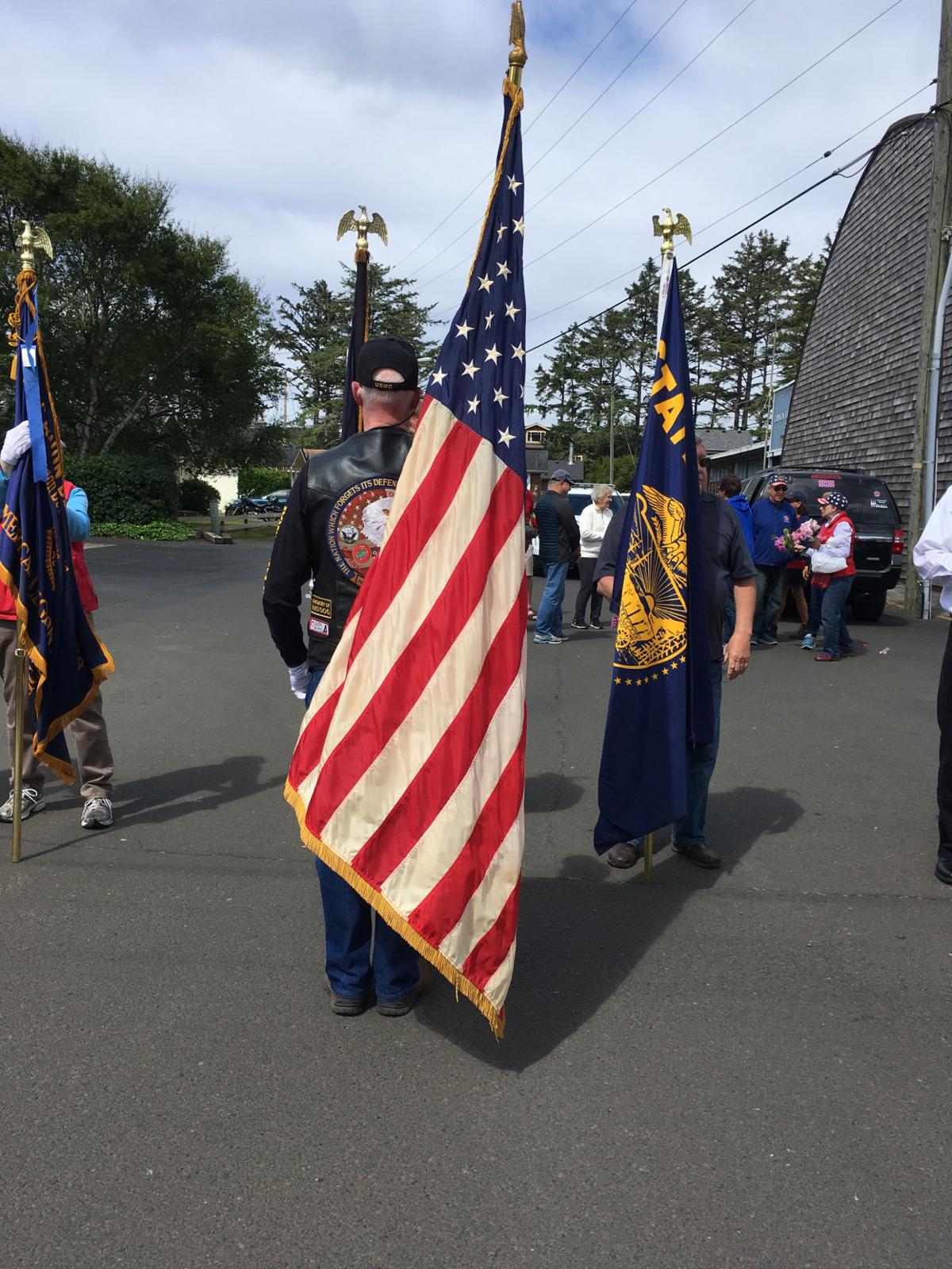 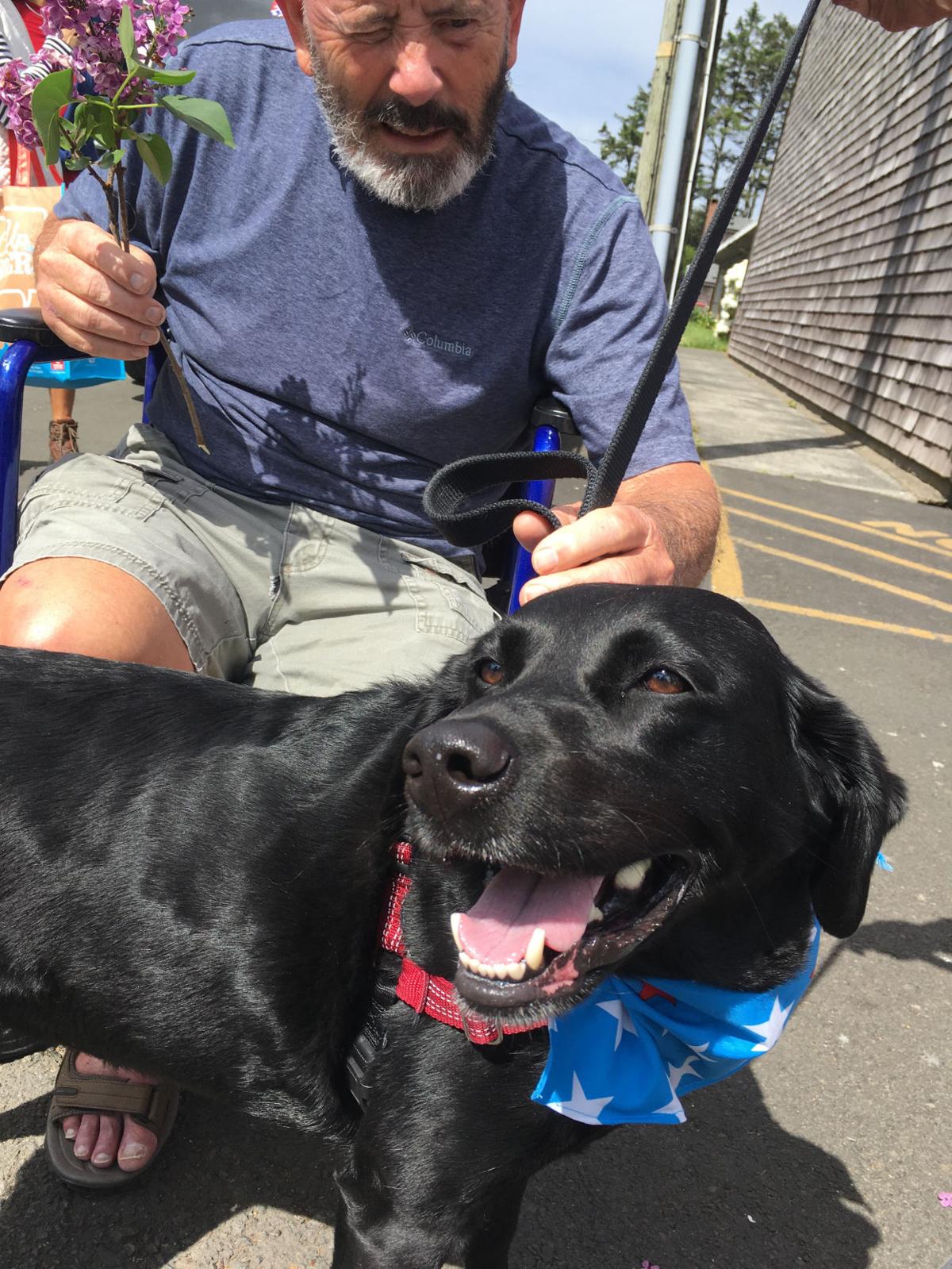 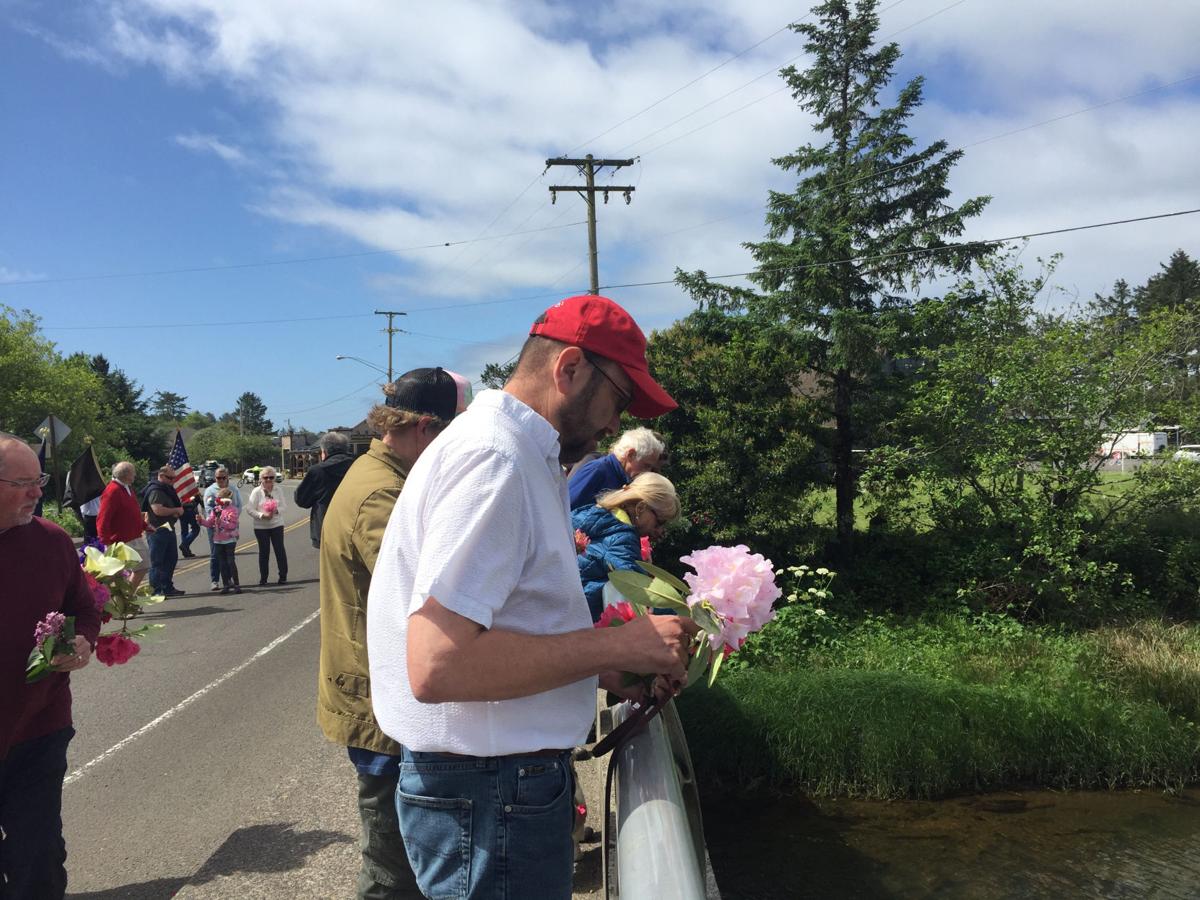 Flowers thrown into the creek in honor of the men and women fallen in war. 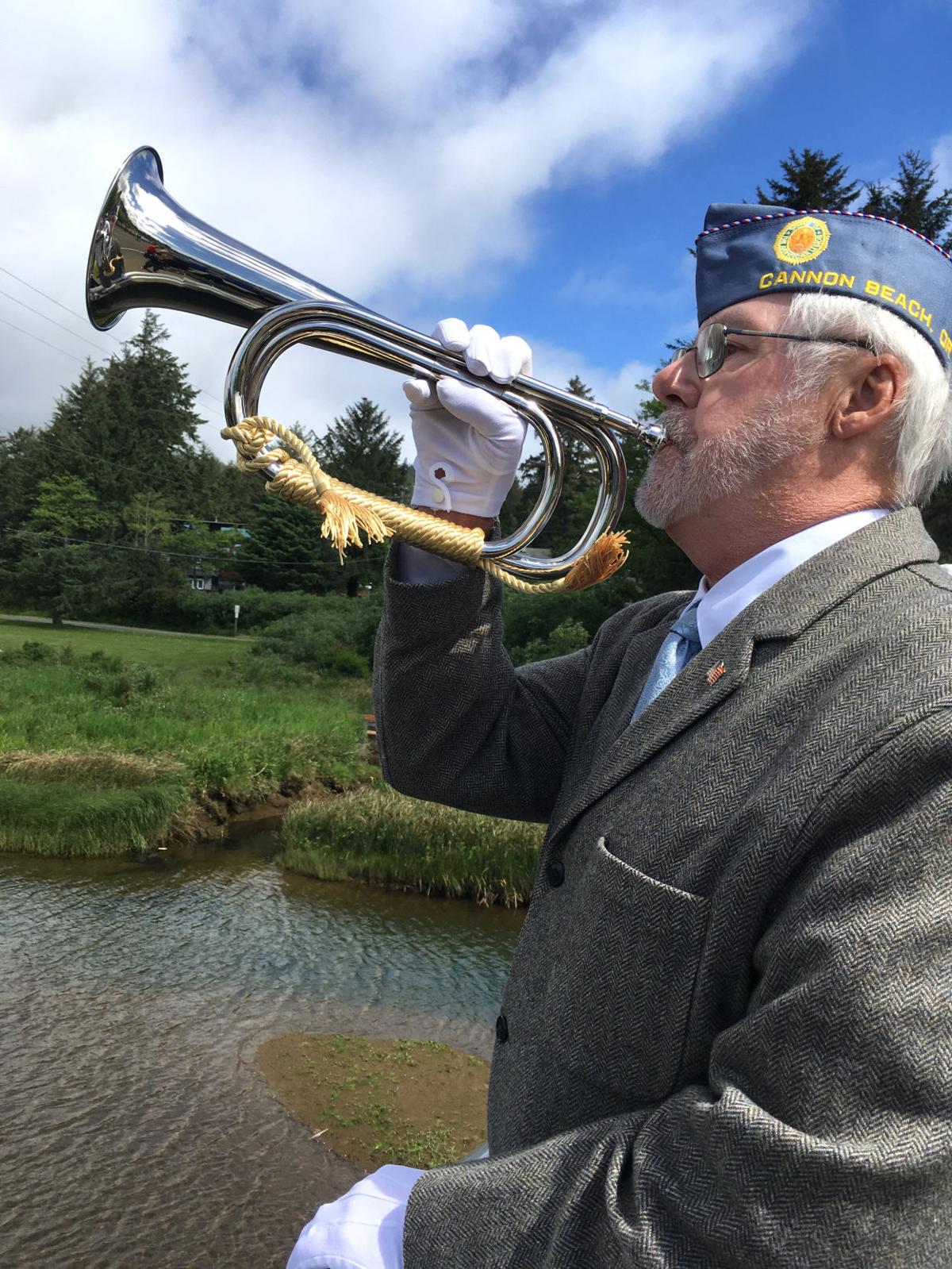 Flowers thrown into the creek in honor of the men and women fallen in war.

Veterans, their families and visitors stood in silence shortly after 11 a.m. Monday to remember men and women of the armed forces who served at home and abroad.

Post member Jack Kerwin served in the U.S. Marine Corps 1966 to 1969. He urged a remembrance not only of those who gave their lives, but all who suffered in the line of duty. “We have so much to be grateful for, because of people who were in the service, especially those who gave their life. But there were so many wounded, and we tend to forget about those,” Kerwin said.

American Legion Commander Dan Boehm has been attending the ceremony on the Fir Street bridge since 1979. “Over the years it keeps getting bigger and bigger,” he said, as the color guard headed from Cannon Beach Elementary School across the road to the Fir Street Bridge.

A presentation and moment of silence was followed by the playing of taps, as participants cast their flowers into the water below to honor their loved ones. “It is a remembrance worth making, a tribute to those who uphold all that America stands for,” Boehm said.