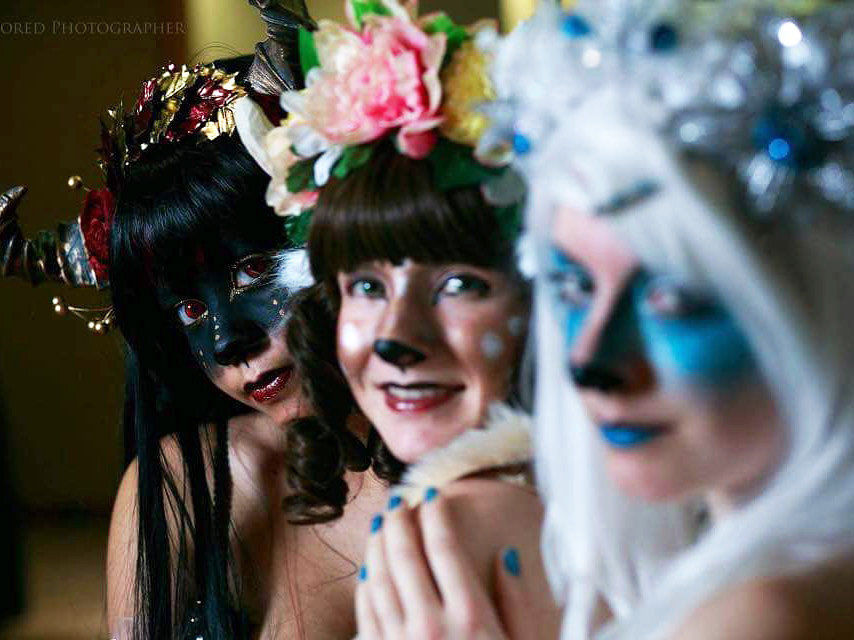 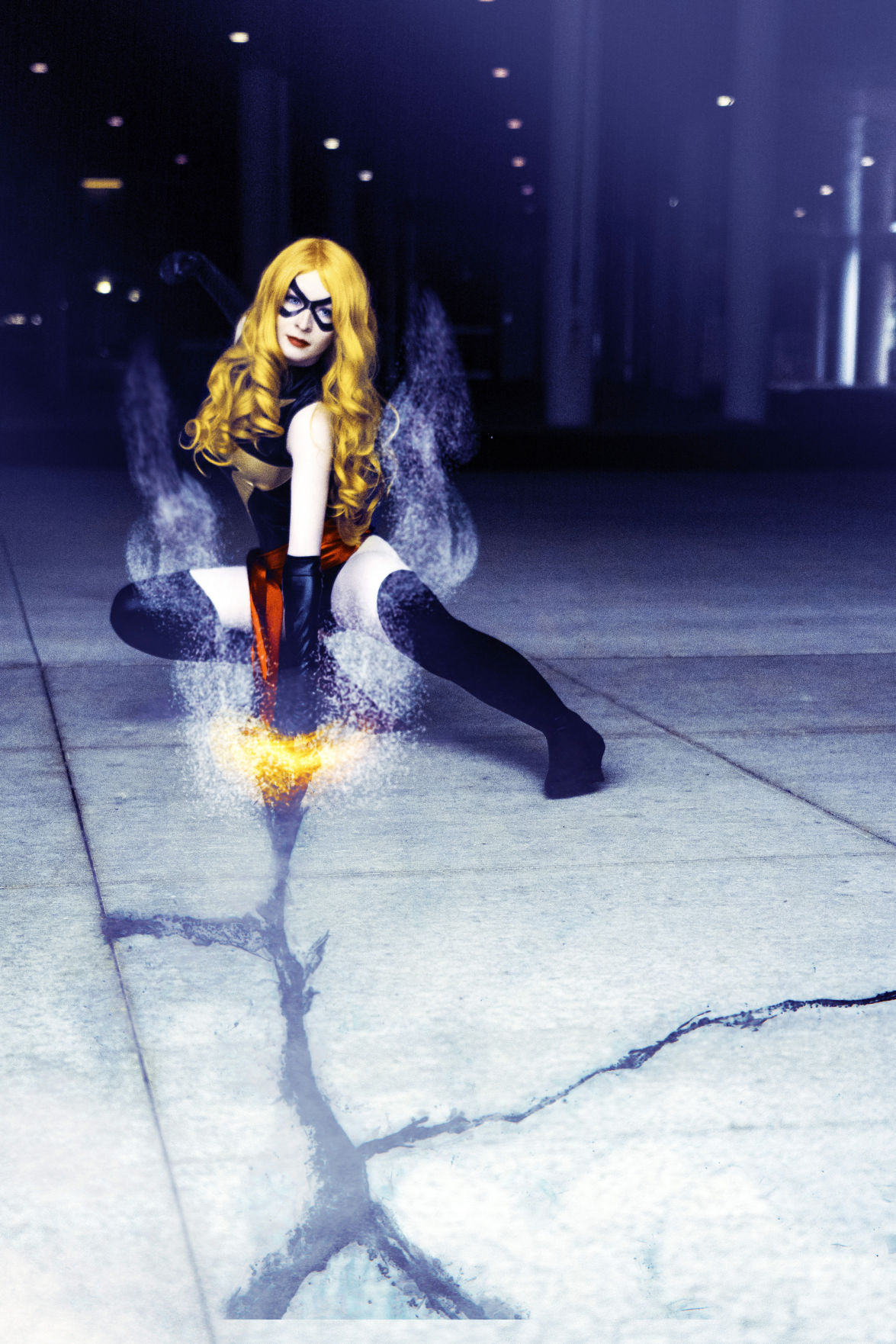 Loratail as Ms. Marvel at the Lilac City Comicon in Spokane, Wash. 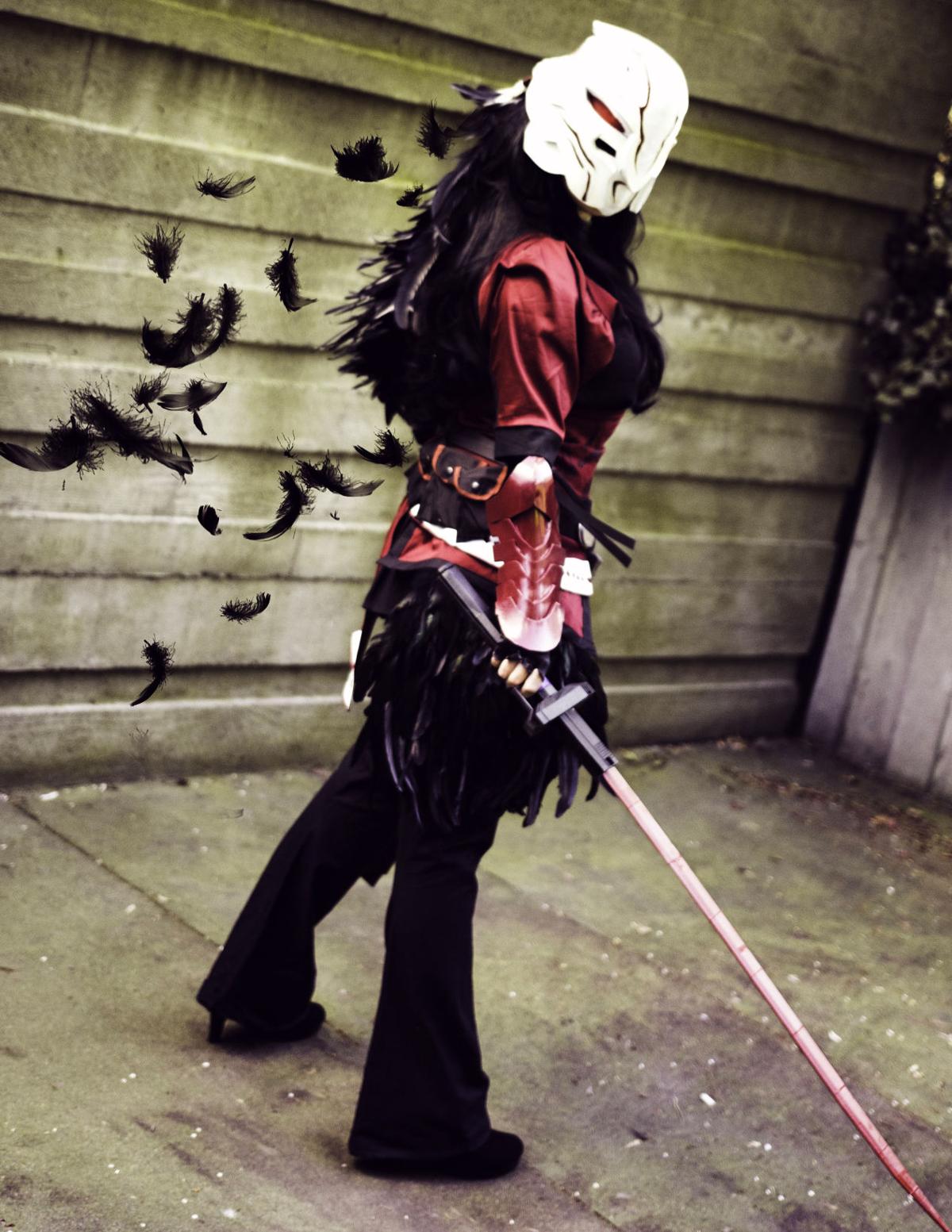 Ita-Dere in Raven Branwen cosplay from the animated show ‘RWBY.' 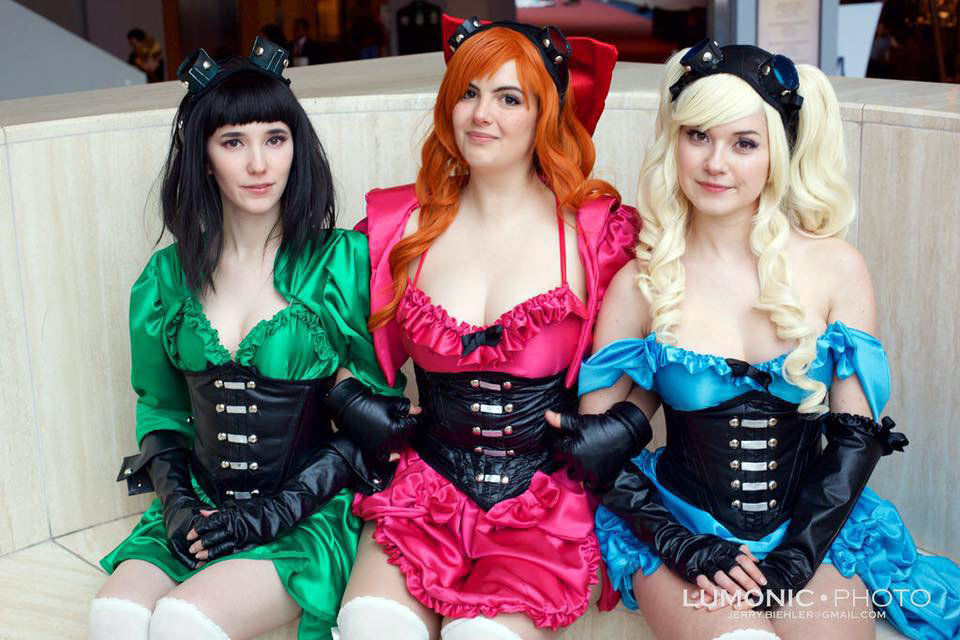 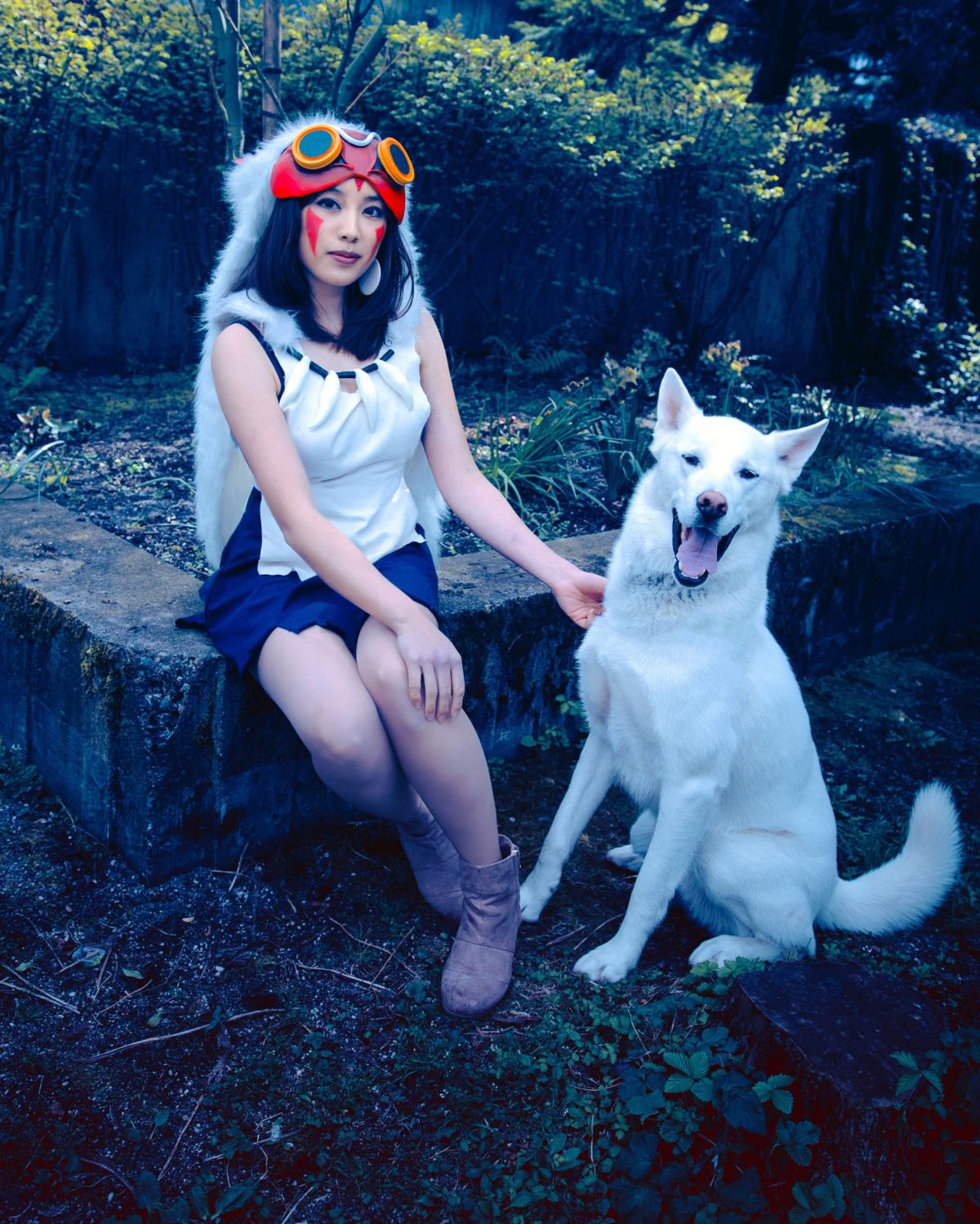 Cosplayer Véraquin Art with dog at Sakura-Con in Seattle, Wash. 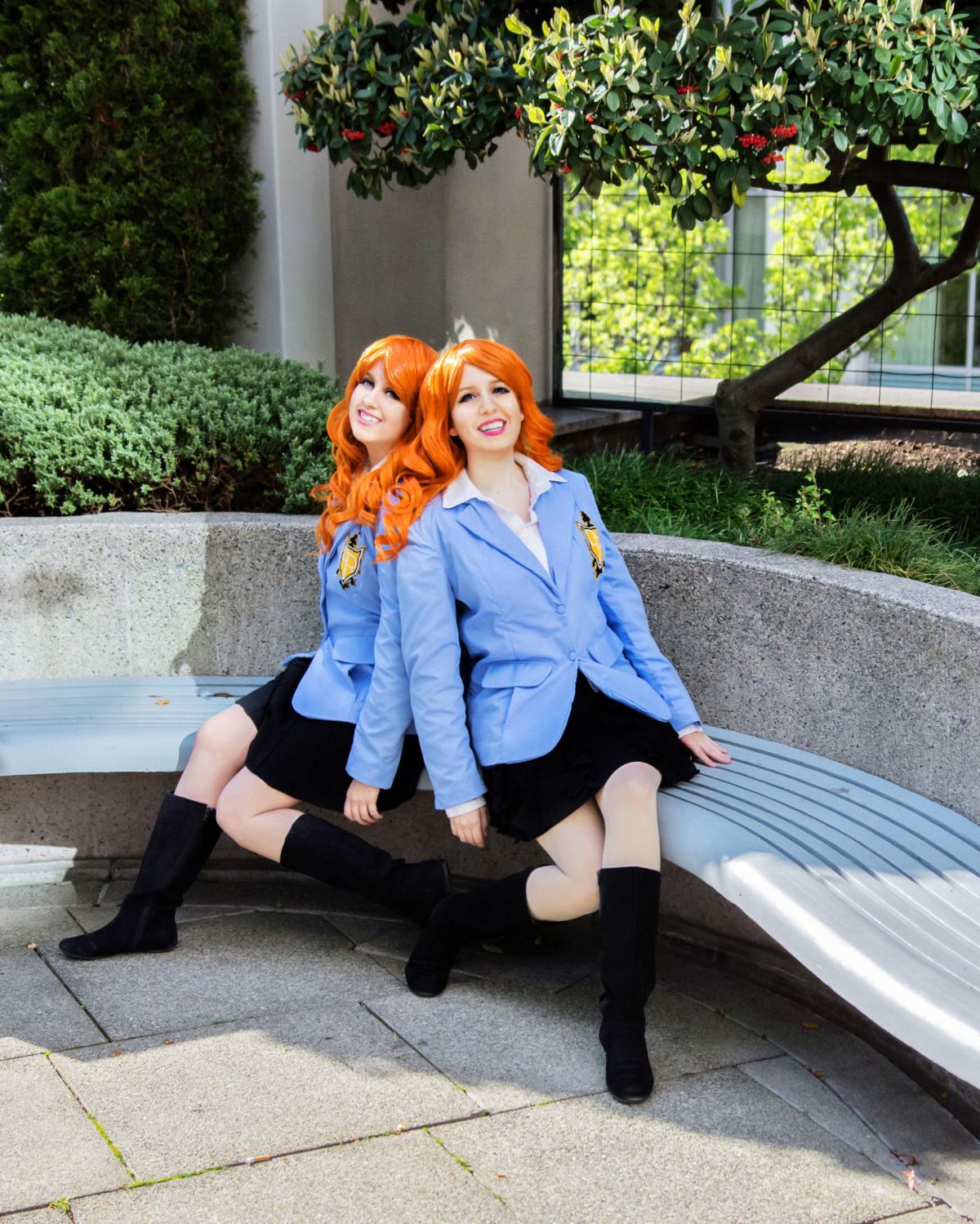 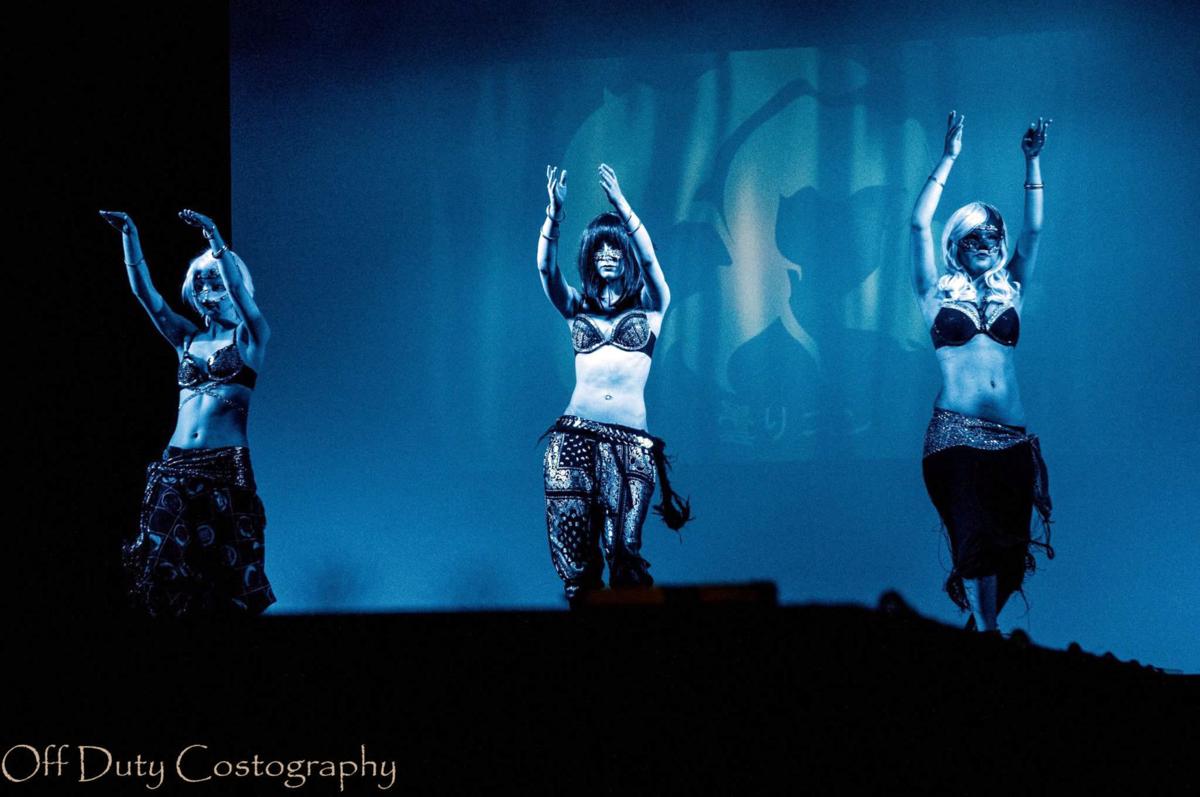 Fantasm performs their belly-dancing act. The group will perform on the VSCC's main stage at 4:30 pm Sunday, July 22. 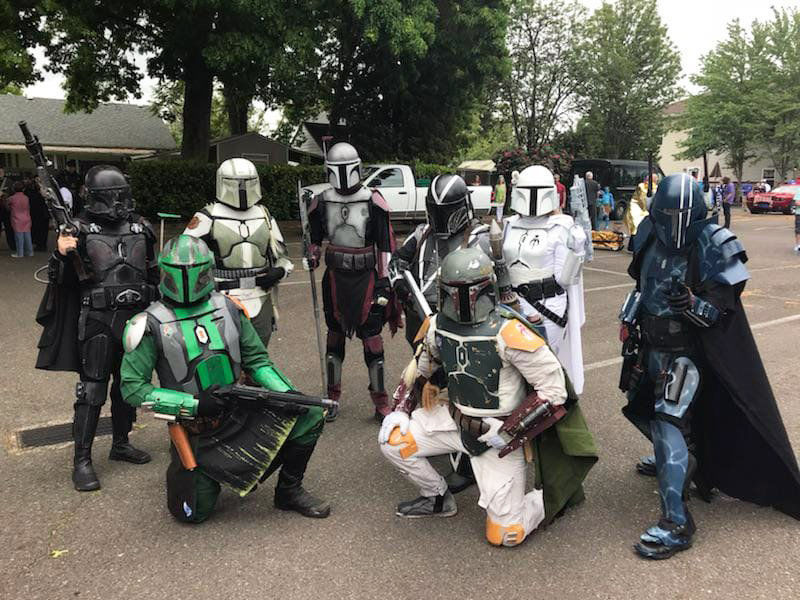 Concordia Clan says ‘May the Fourth be with you!' 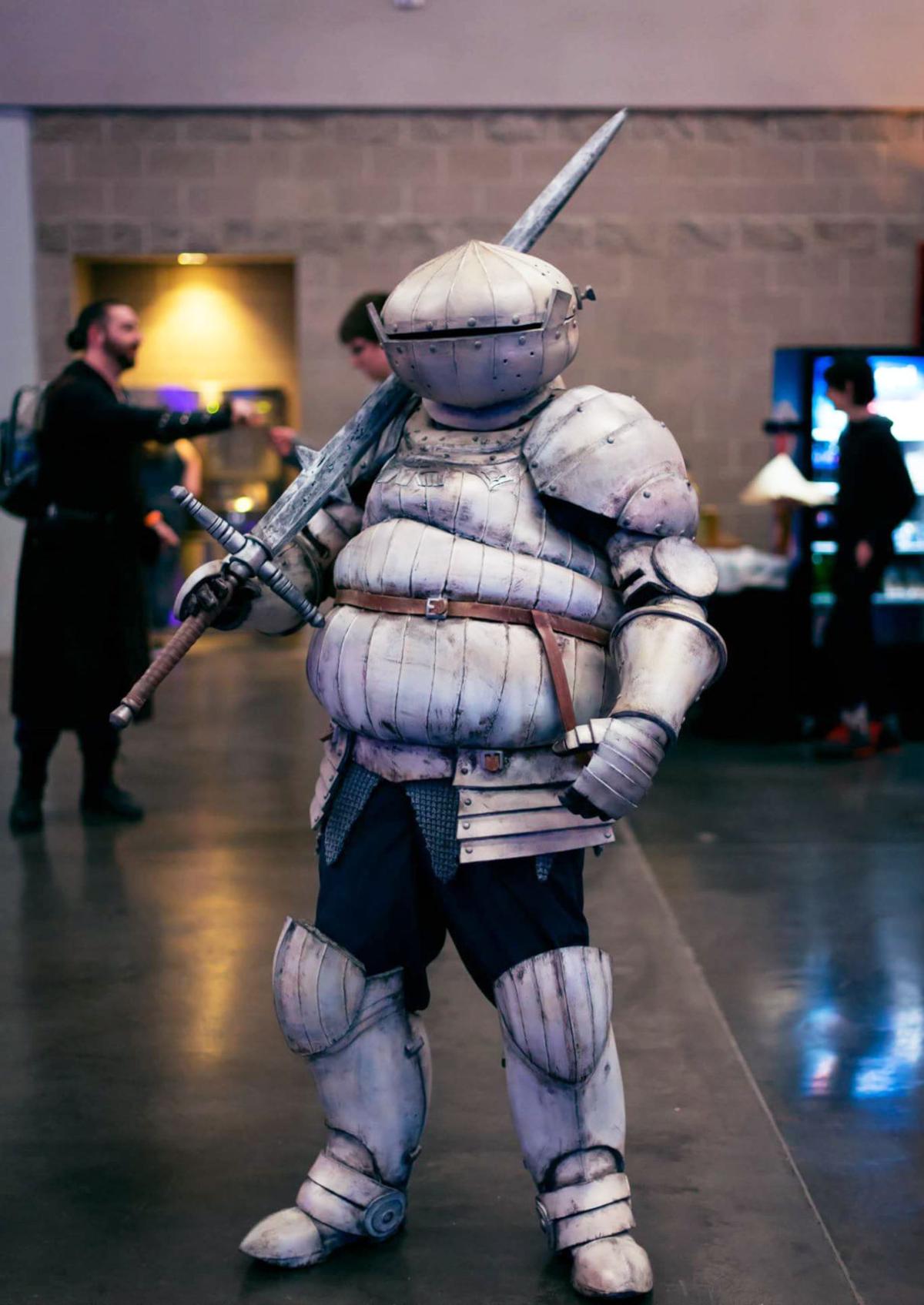 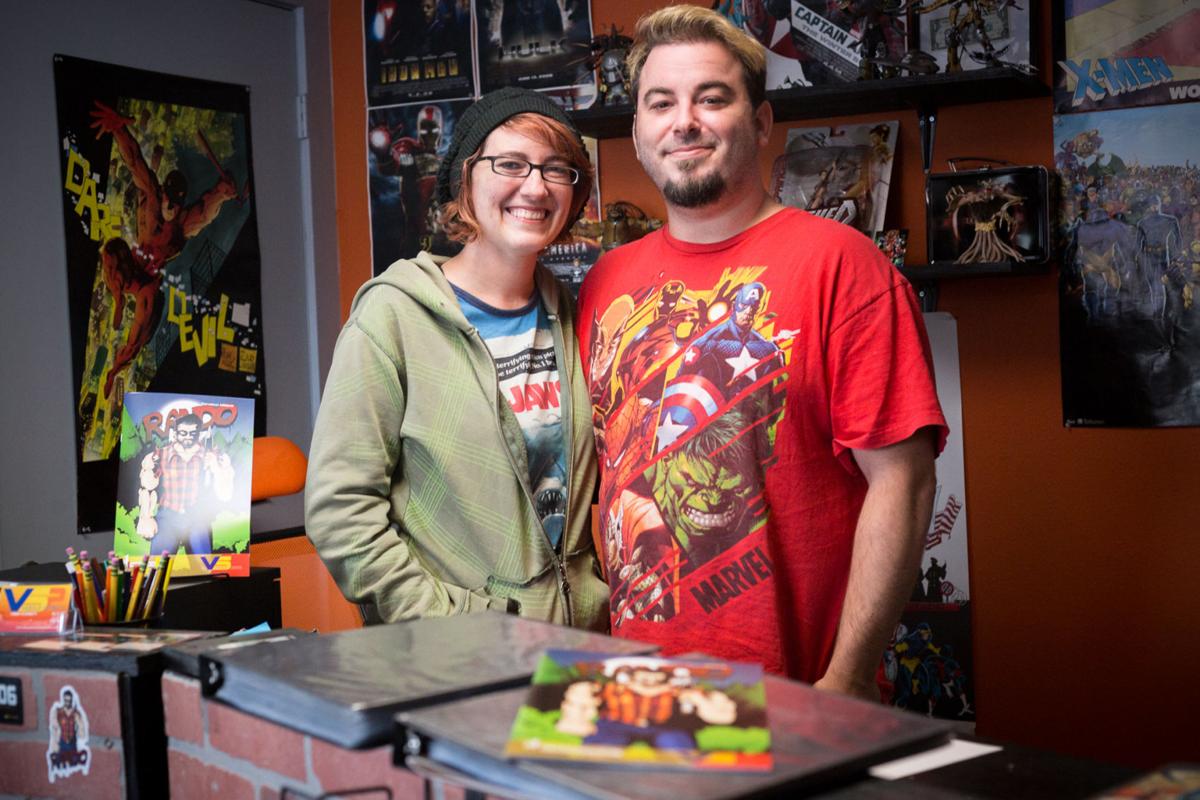 Luna and Corveaux Millions, co-owners of Versus Comics 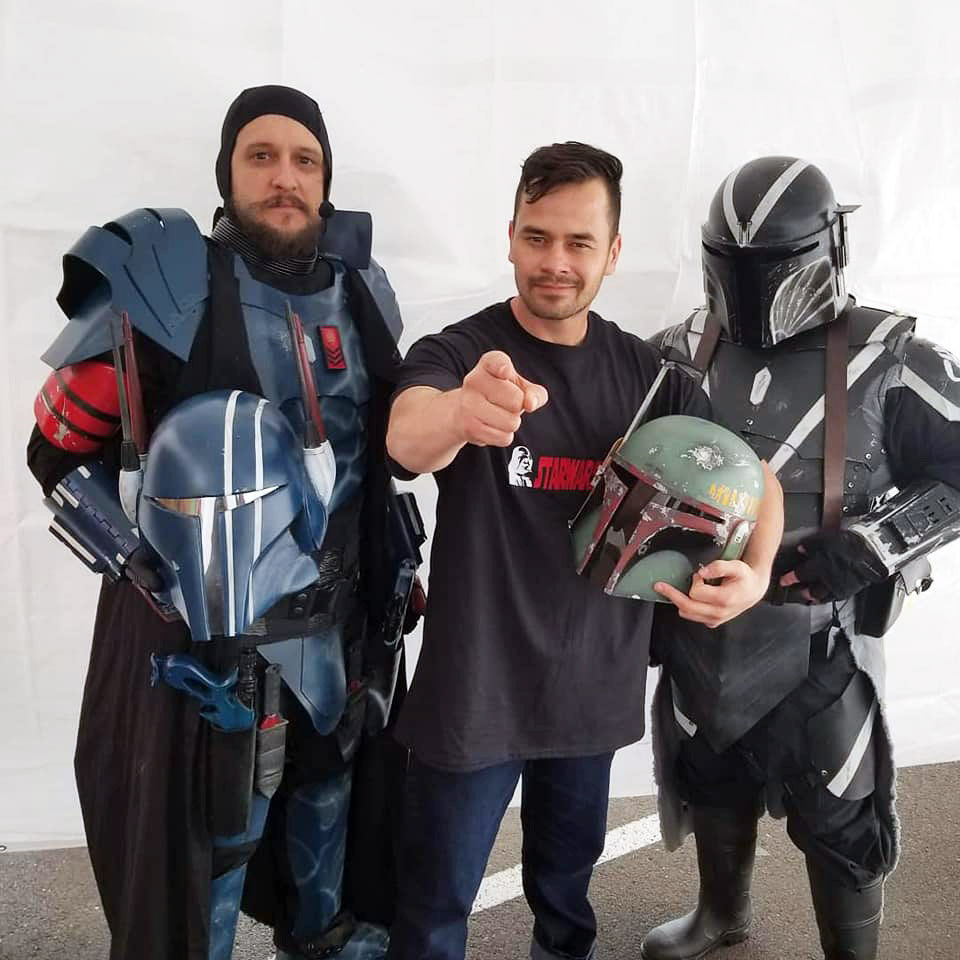 Pete Rivera front and center at the May 4 celebration at the Star Wars store in Clackamas County. 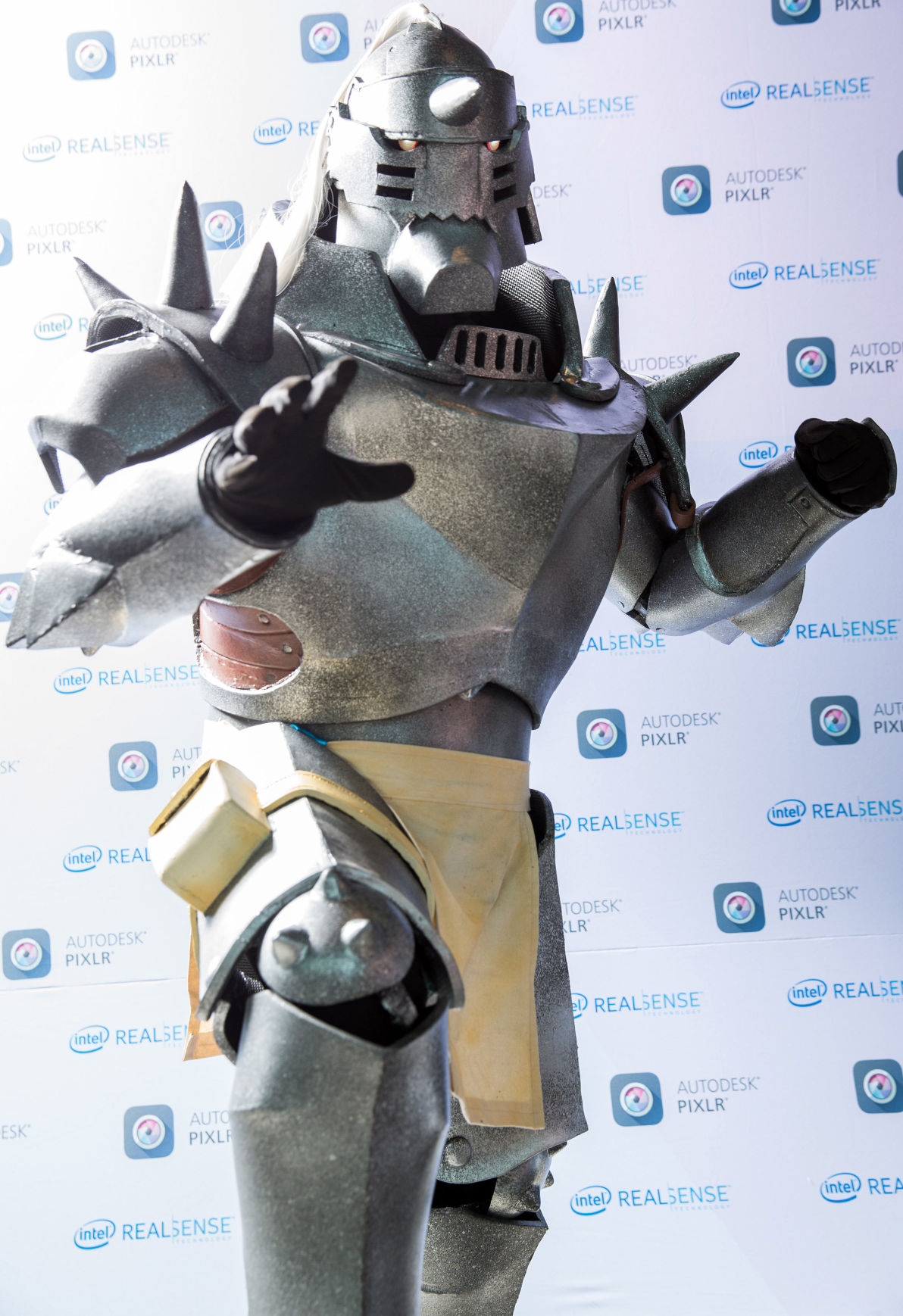 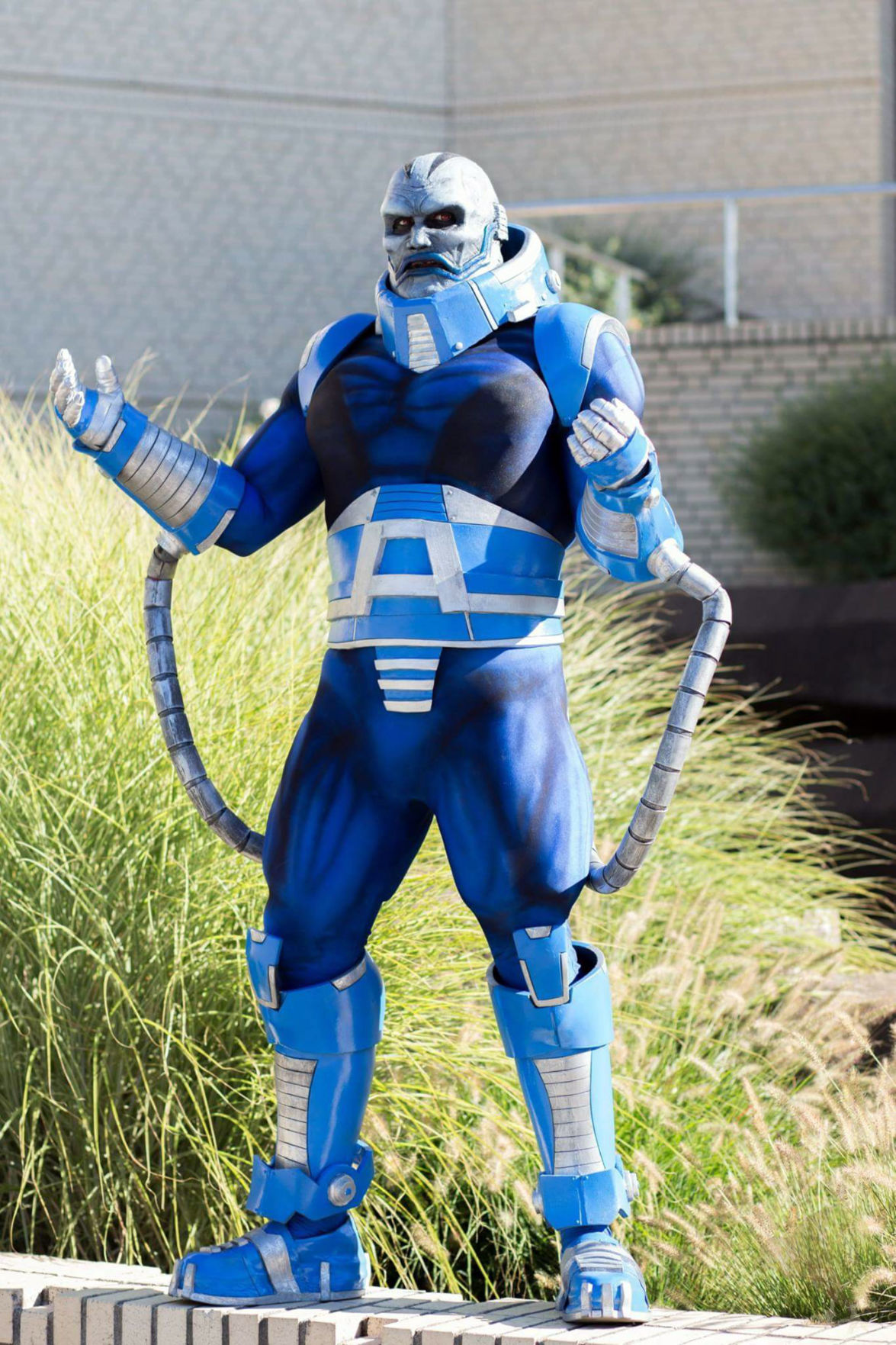 Loratail as Ms. Marvel at the Lilac City Comicon in Spokane, Wash.

Ita-Dere in Raven Branwen cosplay from the animated show ‘RWBY.'

Cosplayer Véraquin Art with dog at Sakura-Con in Seattle, Wash.

Fantasm performs their belly-dancing act. The group will perform on the VSCC's main stage at 4:30 pm Sunday, July 22.

Concordia Clan says ‘May the Fourth be with you!'

Luna and Corveaux Millions, co-owners of Versus Comics

Pete Rivera front and center at the May 4 celebration at the Star Wars store in Clackamas County.

It’s time to batsuit up! Versus Comic Con is coming to the Seaside Civic & Convention Center on Saturday and Sunday, July 21 and 22.

Fandom will descend upon the North Coast with special appearances by actors from “Mighty Morphin Power Rangers,” “Ultimate Spider-Man,” “The Walking Dead” and so much more.

The panels, appearances and performances at VSCC range from entertaining to educational — there’s sure to be something for everyone, no matter what genre floats your boat: anime, horror, sci-fi.

There’s a filmmaking presentation by Hellbender Media, a talk with “RWBY” voice actors Jen Brown and Samantha Ireland, and a behind-the-scenes animation discussion with Emmy award-winning artist Keith Tucker, who worked on “Animaniacs.”

Johnny Yong Bosch, who donned the black armor in 1995’s “Mighty Morphin Power Rangers: The Movie” before turning to voice work, will also be on deck.

And if you’ve never been to a Comic Con before, you’re not alone. This will also be Oscar-nominated screenwriter Tab Murphy’s first go. “I’ve been invited to San Diego Comic Con in the past, but for whatever reason was always unable to attend. So I’m stoked to finally have a Comic Con experience.”

Hailing from Olympia, Wash., Murphy was nominated for his work on 1988’s “Gorillas in the Mist” and also penned Disney classics like 1996’s “The Hunchback of Notre Dame” and 1999’s “Tarzan.”

“I’ve traveled throughout Oregon but never made it to Seaside or Cannon Beach!” Murphy said. “So that makes this Comic Con extra special. Plus I’ll have family and friends dropping by, just to add to the fun.”

Ask him about “The Haunted Swordsman” during his Saturday Q-and-A. Murphy describes his new project as a samurai epic done with puppets.

“I’m not sure if people will be excited to meet a screenwriter,” Murphy mused. “But I guess we’ll find out!”

Cosplay, slang for “costume play,” is one of the main draws for fans. Unleash your inner geek and witness a crossover universe that movie studios could never put on the screen. Is that Wonder Woman talking to Thor while Boba Fett looks on?

The Portland Superheroes Coalition will be on hand, as will the Concordia Clan, a Northwest chapter of the Mandalorian Mercs (an international club that builds Star Wars bounty hunter armor), so there’s bound to be more character integration than the last Avengers movie.

Pete Rivera, an engineering tech for Intel in Hillsboro, of the Concordia Clan, is excited to interact with a new group of fellow fans in Seaside.

“I have been to some of the larger ones — San Diego Comic Con, Emerald City and Wizard World to name a few. I would have to say I love the smaller conventions because being able to interact with people and sit and chat makes the event that much more special.”

Rivera, who traces his interest in cosplay back to running around in his Spider-Man pajamas as a child, added, “If you have never cosplayed and you’re thinking of doing it, just do it. If you are debating about going to a Comic-Con, just do it. You might realize there’s a little geek living in you waiting to jump out and hop in a Millennium Falcon and punch it!”

The two first bonded over video games and Japanese anime soon after starting college. “At the time, I was fervently practicing belly dance, so I dragged (Hecht) into a class on campus and she took to it with determination,” Taylor said. “Within a year, we considered performing on stage at a convention. We made up some original character costumes — pretty broken doll girls — and went for it.”

Fantasm has since performed at numerous Japanese media and cultural conventions around the Northwest, but the Seaside event will be their first Comic Con.

Cosplay can even turn lucrative. Following a lifelong love of video games, Hannah Kraus, of Bellingham, Wash., did her first cosplay in 2013. As it goes, Kraus said, “once you’ve been sucked into the black hole of Nerdom, there is no escaping.”

Kraus, building upon her interest, is now a costume designer and cosplay model. For Versus, Kraus plans on wearing two different costumes as a featured cosplayer. “I really want to take advantage of the beach for photo shoots!”

The cosplay fun will go on all weekend with a two-day, three-round Cosplay Contest consisting of costume design, karaoke and a dance-off.

This con will boast about 100 vendors, ranging from independent comic book publishers to handmade handbags. The exposure offered by Comic Cons is huge for like-minded small businesses and services.

Zachary Weitzel, of Pretzelbot Props out of Vancouver, Wash., began attending conventions in 2014. Weitzel, who is also a TSA agent at the Portland International Airport, builds lavish, custom-built cosplay gear and costumes.

“Comic conventions are probably one of the most important things for a business like mine,” he said. “I may not sell anything while there, but just to have people see you and get pictures of and with you helps out a ton.”

Lacy Hayes, the owner of Prism Visions Photography in Spokane, Wash., also understands the value of a picture.

“Our favorite part is always meeting and working with cosplayers,” she said. “Cosplay is an art, and we absolutely love being able to be creative and interact with other artists.”

With her daughter, Baily Hayes, a full-time student, as her assistant, Lacy runs a traveling side business, CosplayPNW, offering professional photography services at conventions around the Northwest.

CosplayPNW will be attending Versus and appointments can be made by Facebook. Their most popular Con-only offer is a mini-session, which starts at $65 for 20 to 30 minutes, and includes editing, high-res images and prints.

Illustrator Kevin McCoy, whose work will be featured in the Versus Artist Alley, knows firsthand that Comic Cons can be life-changing.

“I have been doing this for five years now,” he said. “I started this as a side gig with my day job as a graphic designer. I left my cushy job this past January after landing gigs worth pursuing. Now I illustrate full time and work from home. Hard work pays off.”

Event coordinator Luna Millions and her husband, Corveaux Millions, co-owners of Versus Comics, a publisher out of Rockaway Beach, dipped their toes into conventions last year with the Northwest Comic Con in Tillamook.

“We actually kind of accidentally got into the con business,” Luna said. This was after a customer convinced Corveaux to plan last year’s event in Tillamook.

The Millions (both pseudonyms) are happy to see their convention move north up U.S. Highway 101.

“Seaside is a happening little city and a nexus point on the coast,” Luna said. “The max capacity on the building is 3,000 per day. We’re hoping to hit at least that for the weekend. Our first year in Tillamook we had more than 1,000 attendees.”

Superheroes prowl the graveyard shift, so why should Versus be any different?

After the Convention Center is locked up Saturday night, there will be a cosplay pub crawl through Seaside. For the closing event on Sunday, Luna Millions promises “music, sand, cosplay.”

When a con comes to an end, the return to the real world can sometimes taste a bit sour, something Hannah Kraus said cosplayers refer to as “Post-con depression.”

But memories have been made, and there’s always next year.

“The best moments are when kids’ eyes light up seeing their favorite characters walking among them,” McCoy said. “Even more so with adults — the idea that you are welcomed to geek out, nerd out, dress up or just hang out and be yourself.”