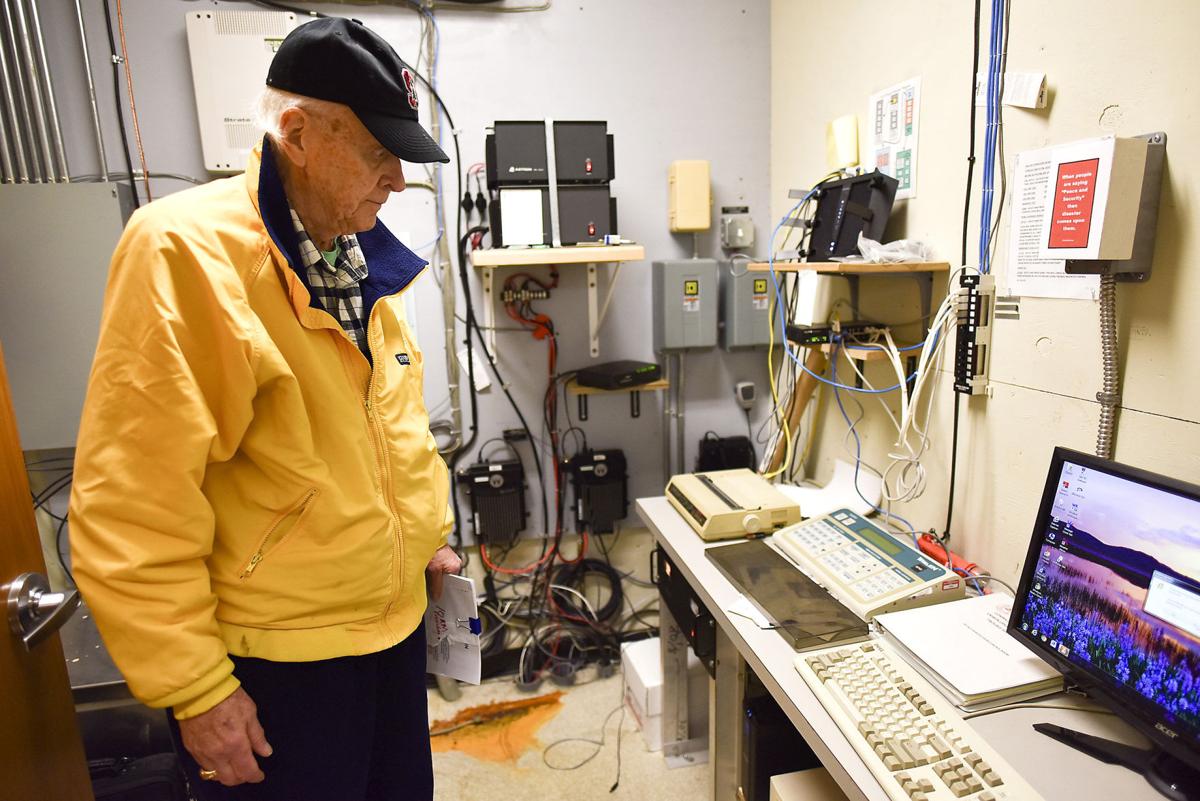 Al Aya looks over equipment in a room on Monday at the Cannon Beach Fire-Rescue Main Station that controls the tsunami warning system. 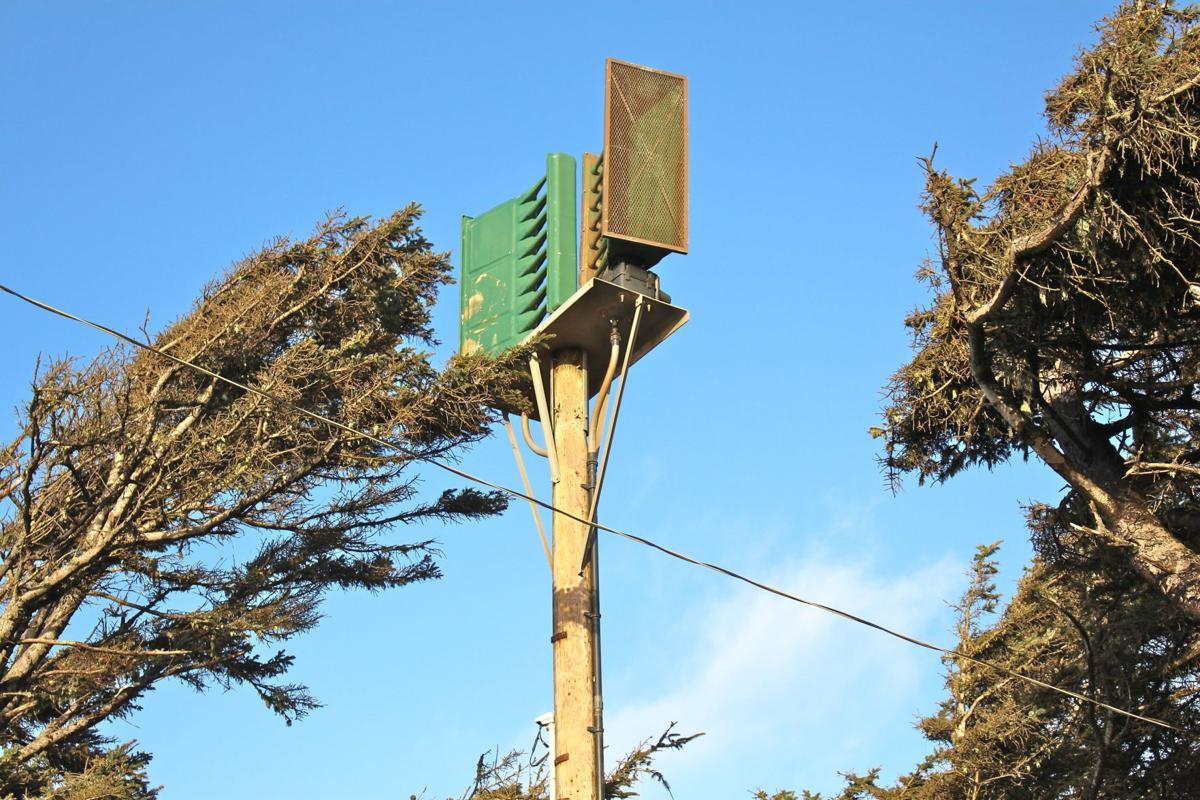 A siren tower sits near the intersection of Washington Street and Ocean Avenue in Cannon Beach. 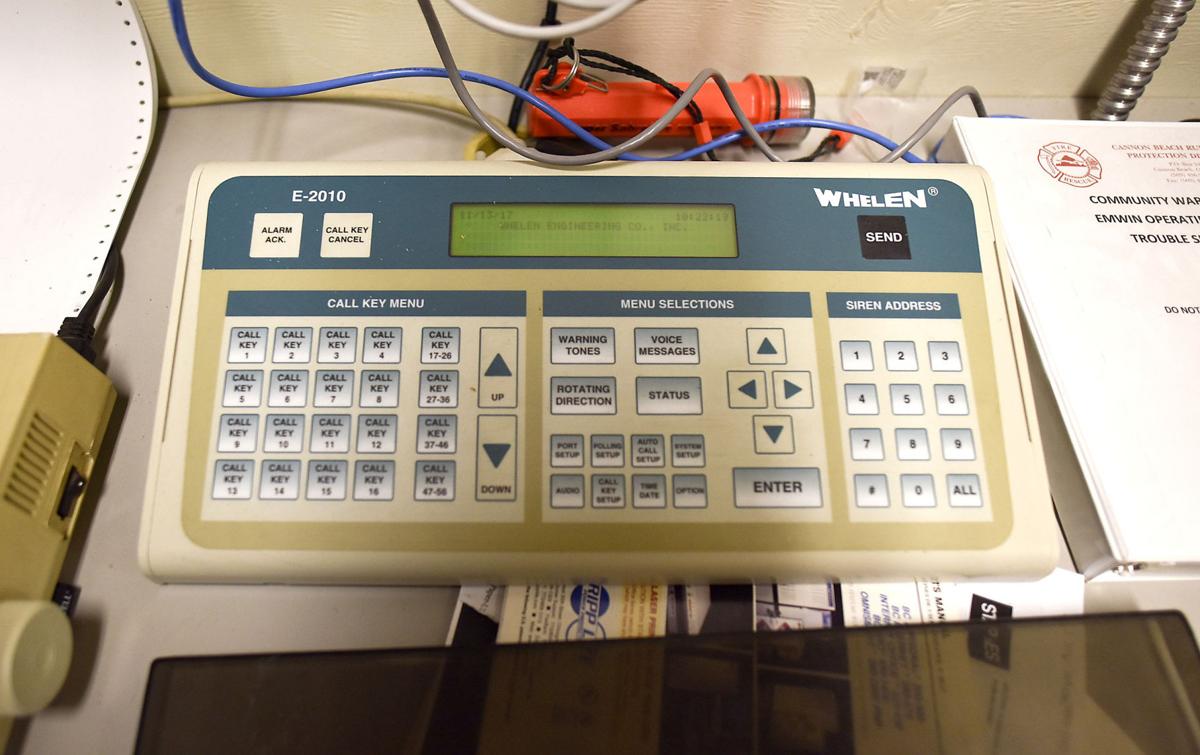 Equipment that controls the tsunami warning system in Cannon Beach occupies a room at the main fire station. 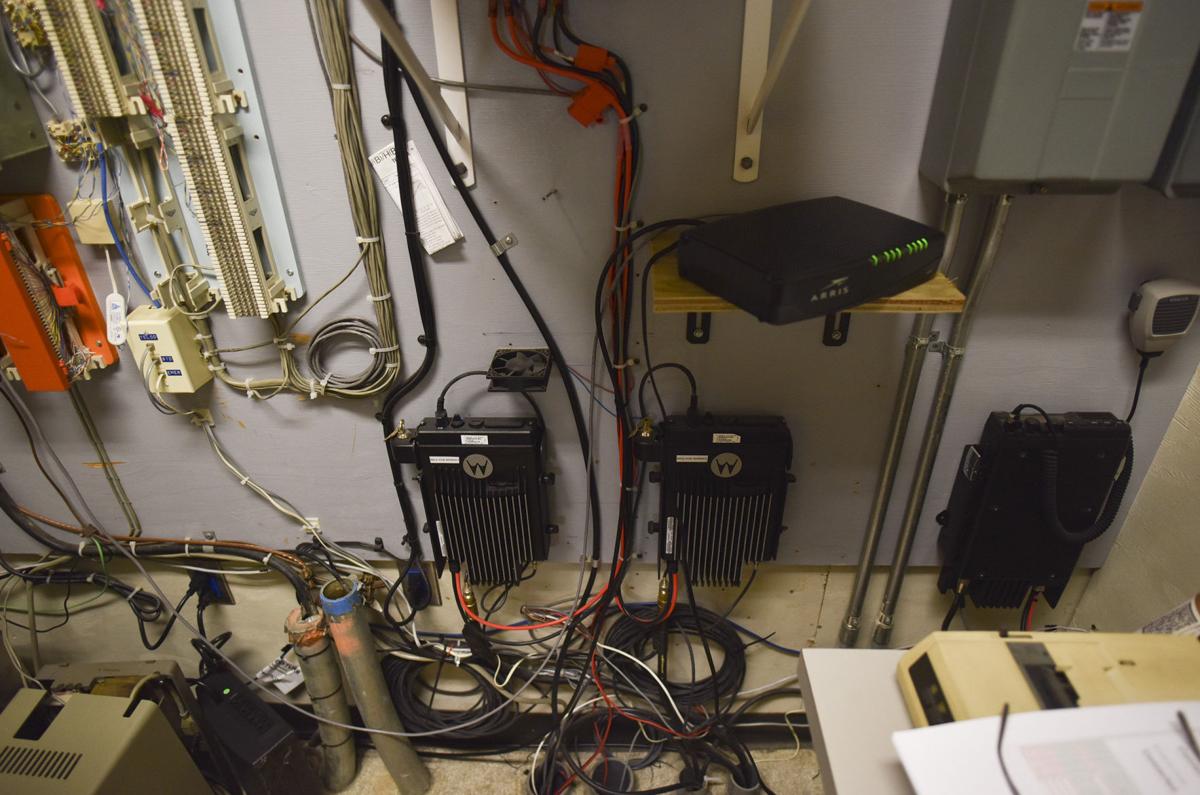 The equipment that controls the tsunami warning system in Cannon Beach has been upgraded over the years to include digital components.

Al Aya looks over equipment in a room on Monday at the Cannon Beach Fire-Rescue Main Station that controls the tsunami warning system.

A siren tower sits near the intersection of Washington Street and Ocean Avenue in Cannon Beach.

Equipment that controls the tsunami warning system in Cannon Beach occupies a room at the main fire station.

The equipment that controls the tsunami warning system in Cannon Beach has been upgraded over the years to include digital components.

There was a time when the man behind Cannon Beach’s iconic “mooing” sirens was skeptical about the need for a tsunami warning system.

The system that alerts residents of an impending tsunami threat is about to turn 30 years old. But in 1985, whether those sirens should exist was up for debate at a Cannon Beach Fire District board meeting.

Al Aya had just retired and moved to Cannon Beach, where an old high school friend convinced him to apply for an opening on the board.

At his first meeting, he voted to redirect funding for the sirens to more “immediately pressing needs.”

“It’d been 21 years since the last tsunami in 1964, and at the time it seemed like a waste of money to invest in alarms when these events were so rare,” Aya said.

But Aya remembers walking down the beach two days after the vote and watching a group of children building a sandcastle at the edge of the surf. With no adults watching them, he wondered how these kids would know about a tsunami warning and how to get to safety.

“All of this caused me to worry whether we’d done the right thing,” Aya said.

So Aya did research and discovered the threat of a tsunami hitting the Pacific Northwest was much more likely than he assumed. Before he knew it, he was in charge of establishing the town’s tsunami alarm system.

Before moving to Cannon Beach, Aya worked as a statistician for a phone company, gathering data about customer service.

“I’ve always been pretty mechanical, but no, I suppose I didn’t have experience with this type of stuff before,” Aya said.

To figure out what equipment was needed, Aya reached out to nuclear power plants, which for years had relied on sirens to warn surrounding communities in case of a radioactive accident. At $30,000 a pop, the fire district began installing the 40-foot tall sirens strategically around Cannon Beach and Arch Cape.

But issues started to arise when it came time to test the sirens. Aya worried about how the public would react after hearing the loud alarms over and over for multiple days. He was concerned the town’s irritation could politically hinder the project.

“I was emailing with an author friend of mine, who is an arch-conservative guy, about the problem. As a joke, I thought because the acronym for our system was COWS —– for Community Warning System — that maybe we could broadcast a mooing sound,” Aya said. “He thought it was hilarious, and I figured if someone serious like him thought mooing was funny, maybe less serious people would, too.”

While part of the value is definitely for comedic effect, Aya said, having an unusual sound also serves as a built-in education tool.

“When the monthly COWS test is run, residents take it in stride but often are amused by how startled some visitors are over the loud mooing,” Aya said. “So they inquire in shops and restaurants, where they learn that the testing is to warn of an impending tsunami.”

Cannon Beach’s system was one of the first of its kind by 1988, and places like the Hanford Nuclear Reservation, Depoe Bay and Port Alberni, British Columbia, all modeled similar community warning systems after Cannon Beach.

Aya is no longer involved with maintaining the warning system. But over the decades he served on the fire district’s board, the changes he witnessed in tsunami and earthquake safety technology have been substantial.

What has made the largest difference has been improved seismic detection systems. In the mid-1980s, it was board policy to evacuate local hazard areas if any kind of ground disturbance was felt. According to Aya’s records, evacuations of this kind have happened four times since 1989.

Today, the National Tsunami Warning Center can alert communities within a few minutes of a dangerous oceanic event. The data is detailed enough to inform communities if a tsunami is on its way. But when Aya first started, it could have taken up to 45 minutes to get an advisory faxed, which is an issue when on average it only takes about 20 minutes after an earthquake for a tsunami to arrive.

Since Aya’s tenure, board member Garry Smith said the fire district has updated sirens to use digital technology, and is looking to install two more COWS by Hug Point and Arcadia Beach when funds allow. But much of how the system runs today is thanks to Aya’s work.

“If it hadn’t been for Al, we wouldn’t have this system,” Smith said. “Before this, we had to evacuate the old-fashioned way, driving the town warning people. This is much safer.”

Typically, warning systems are managed by county governments rather than local fire districts, Smith said. But Cannon Beach fights to keep the system they built on their own.

“If we have a major event, and we directly get a notification from the National Weather Service, we want to get out the message as fast as possible,” Smith said. “Sometimes the county waits longer to make a decision than we would.”

Ultimately, Aya said, tsunami preparedness is built household by household through education and planning, no matter how many sirens are “mooing.”

“But overall,” Aya said, “I would say people on the coast are now far safer than they were three decades ago.”