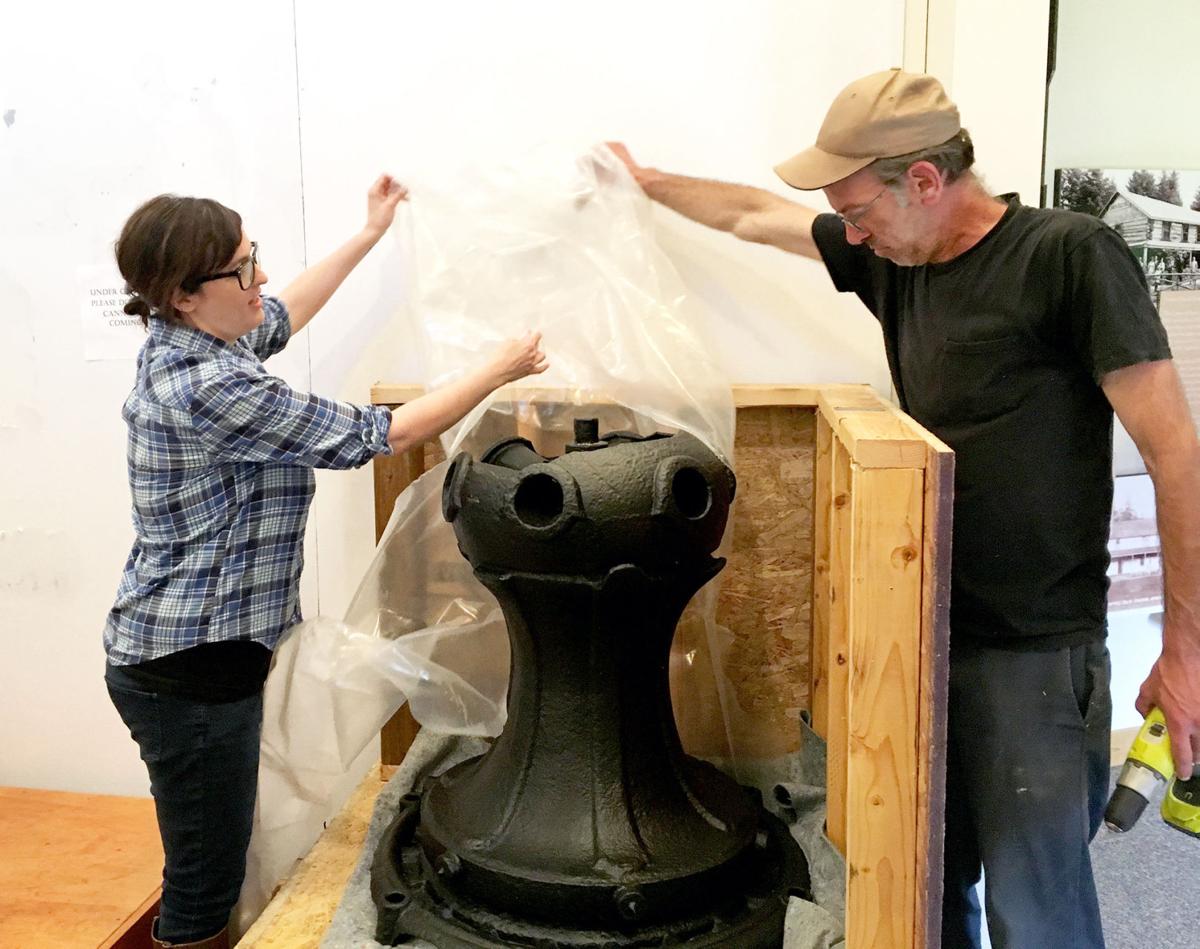 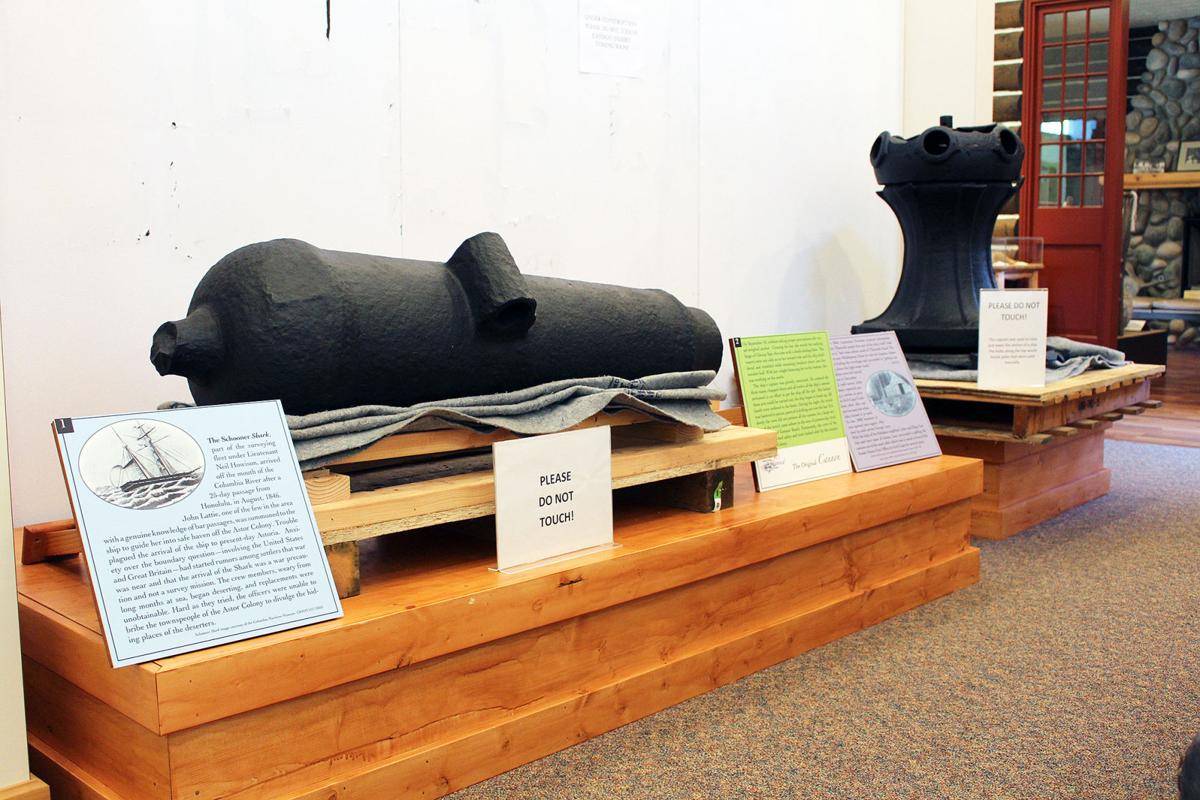 The iron carronade and capstan, thought to be from a naval schooner that went down in the Columbia River in 1846, have returned to the Cannon Beach History Center and Museum. An exhibit will be ready mid-summer. 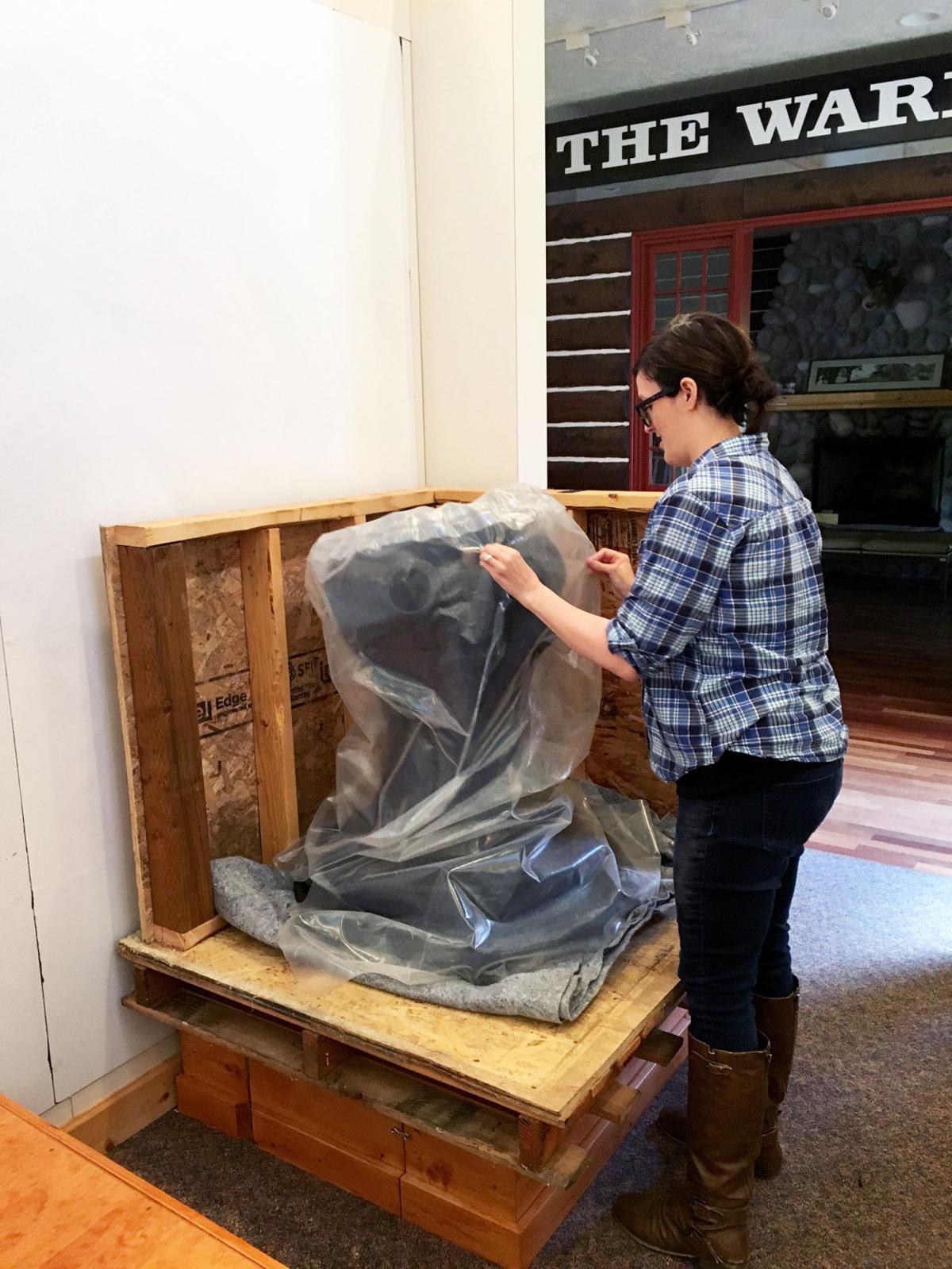 After years of planning, Elaine Trucke unveils the cannon that has returned to the Cannon Beach History Center and Museum after years of being restored in Texas and stored in Astoria.

The iron carronade and capstan, thought to be from a naval schooner that went down in the Columbia River in 1846, have returned to the Cannon Beach History Center and Museum. An exhibit will be ready mid-summer.

After years of planning, Elaine Trucke unveils the cannon that has returned to the Cannon Beach History Center and Museum after years of being restored in Texas and stored in Astoria.

Cannon Beach’s namesake artifact is back.

In coming weeks, the Cannon Beach History Center and Museum will swivel the cannon, which weighs about 2,000 pounds, and have a permanent exhibit up in time for a mid-summer opening.

For Elaine Trucke, the museum’s executive director, the cannon’s return has been a long time coming. The cannon spent about four years being restored in Texas and then was stored at the Columbia River Maritime Museum

“I’ve been working on this project for so long,” she said. “When we got all the cases here, we cried a little bit.”

The task proved more difficult than expected, and they called Coaster Construction for assistance.

The iron cannon, technically called a carronade, and the capstan used to lift the ship’s anchor are thought to be from the decking of the USS Shark, a U.S. naval schooner that went down in the Columbia River in 1846. The cannon was found, lost, then discovered again in1898, when it came ashore in Arch Cape.

It has had a long journey since, sitting outside in Arch Cape for years until it was vandalized in the 1980s, Trucke said. The Clatsop County Historical Society moved the cannon to the Clatsop County Heritage Museum, before it found a home at the Cannon Beach history museum in 2005.

Researchers at Texas A&M University wanted to do a comparative study of the cannon with the other two cannons thought to be from the same ship that were found in 2008, but it was too oxidized.

In 2012, the museum shipped the cannon and capstan to the university for extensive restoration. The cannon was rusting, with pieces falling off, when they shipped it to Texas.

When it returned in 2014, the museum did not have the proper space or environment for the preserved artifacts, and they were stored at the Maritime Museum.

The museum worked with engineers, contractors, architects and others to plan the exhibit, Trucke said. Although she faced challenges, like the difficulties in transporting the cannon, she remained determined to get the cannon back in the museum.

“I went to school specifically to work in a museum, so to me this was a really important thing. It became my baby project,” Trucke said. “I just kept banging my head against a lot of walls. But we finally got it in here, and we’ve got a great board right now.”

The exhibit will include a carriage, a model of the USS Shark, a diagram used to build model ships, a sketch of the USS Shark, photos displayed on a TV screen, and information that connects the carronade to the other two cannons found in 2008 , which are now at the Columbia River Maritime Museum.

Trucke raised more than $30,000 to send the cannon to Texas. She also raised funds for the exhibit, which will cost about $45,000.

“This cannon is actually what the area was named for,” Trucke said.

Cannon Beach was named Ecola before 1922, when the town adopted the name Cannon Beach after a vote.

“I remember this when I was a kid, people come in who remember it when they were a kid,” Trucke said, recalling when she would see it at the Heritage Museum. “I’d like the future generations to enjoy it.”