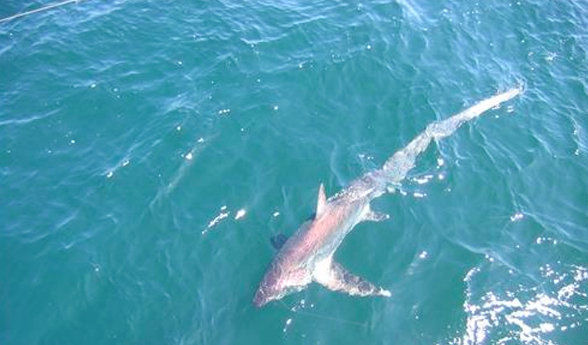 Thresher sharks were among the species associated with warmer waters that turned up in research surveys in the Gulf of Alaska this summer. 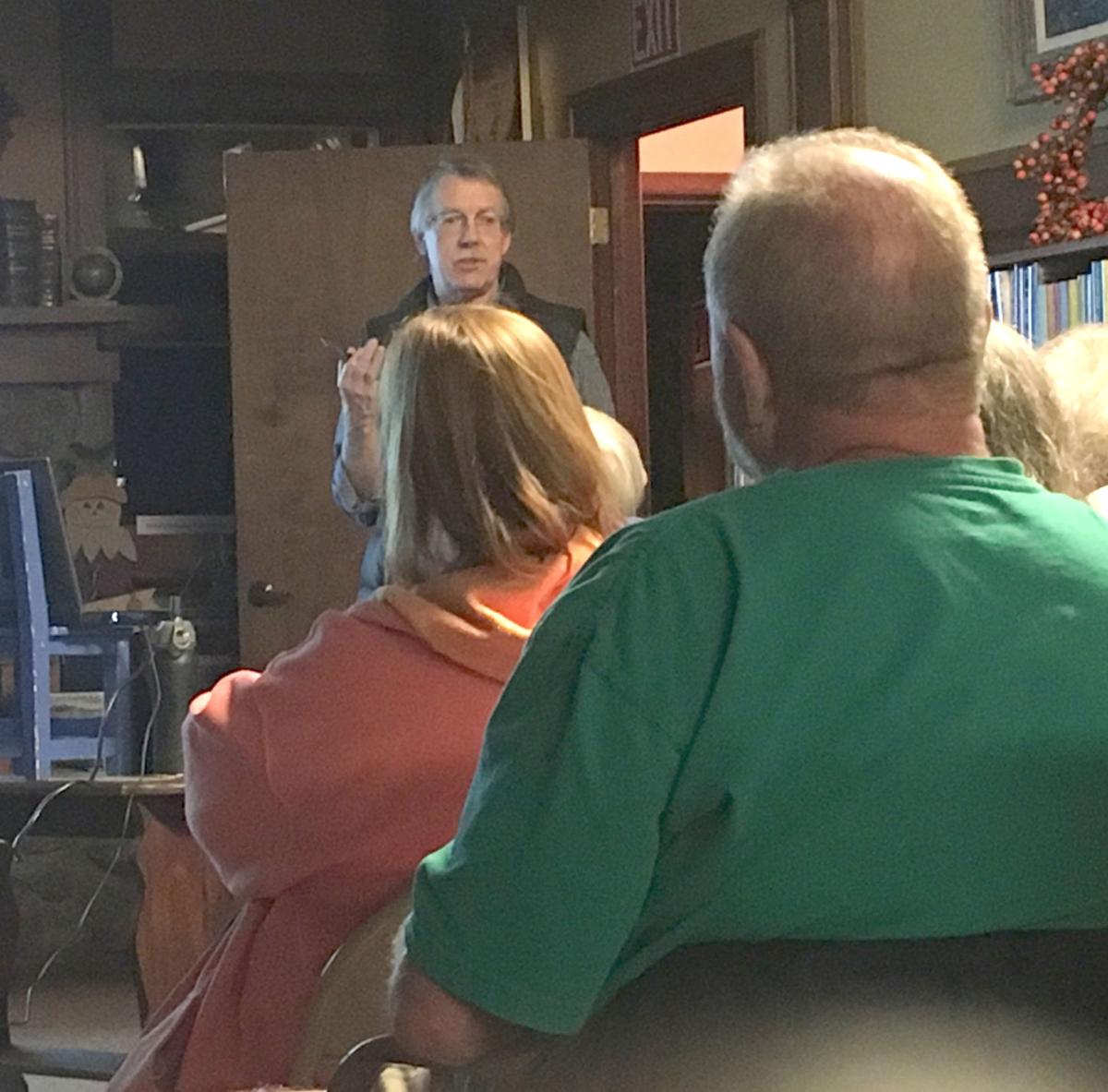 Bill Peterson speaks on the topic of warming ocean waters at the Cannon Beach Library.

Thresher sharks were among the species associated with warmer waters that turned up in research surveys in the Gulf of Alaska this summer.

Bill Peterson speaks on the topic of warming ocean waters at the Cannon Beach Library.

This year’s fishing and clamming seasons have been poor or nonexistent with anomalies striking the Pacific Ocean.

Bill Peterson, a senior scientist for the National Oceanic and Atmospheric Admistration Fisheries, spoke to a group of roughly 25 about the impact “the Blob” and a record setting algae bloom have had on the salmon and crab fisheries, along with other animals, during a Haystack Rock Awareness Program talk at the Cannon Beach Library on Nov. 18. The Blob is a large mass of warm water sitting off the coast of our continent, with potential long-term consequences to marine life.

Peterson has been live sampling off the coast of Newport every two weeks for the last 20 years and has learned that events far from the Oregon Coast, such as El Niño from the equator and currents traveling from Alaska and California, have the most impact.

A good or bad fishing season depends on the current. Cold currents produce fat copepods — small crustaceans — that have hibernated to survive while warm currents produce skinner ones that are not as nutritious for salmon.

In 2013, the Aleutian Low, a low pressure center located near the Aleutian Islands in Alaska, failed to develop and the upwelling season that helps replace warmer waters was among the shortest on record, Peterson said. There were no winter storms, so the water didn’t mix, resulting in warmer temperatures and what scientists call the Blob.

In January 2014, the water was 3 degrees Celsius higher than usual. The Blob was 1.5 degrees warmer than anything recorded before.

“The Blob is an anomaly,” Peterson said.

In September 2014, he recorded a 7-degree change in six hours off the coast of Newport. It was the Blob “coming onto the beach.”

With El Niño, scientists normally see more species along the coast. But the Blob produced twice the typical number, with 11 unusual offshore species identified in northwest waters. Sunfish were seen in Cannon Beach and the Gulf of Alaska, a swordfish was found near Depoe Bay and a sea snake was discovered off the California coast.

The number of species from areas such as Fiji and Japan was the “most ever seen,” Peterson said.

Scientists suspect that the Blob played a huge role in the seabird die-off in late 2014, at which time tens of thousands of Cassin’s auklets were found dead along the Pacific coast. Beginning in August of this year, murres started dying off.

“We have had very high dead bird counts on the North Coast these past three or four months,” said Haystack Rock Awareness Program Coordinator Melissa Keyser.

She noted they counted 129 deceased birds on the mile of beach in front of Haystack Rock from August through October.

The Coastal Observation and Seabird Survey Team has reported 3,985 dead murres along the west coast so far this year, compared to 1,880 last year.

With warmer waters, prey have dived deeper and the birds can’t get to them, Peterson said.

Humpback whales came into the Columbia River and closer to Haystack Rock looking for food because of the changes, as well.

The Blob has been around for two years and could continue, potenitally meaning more poor salmon returns and bird deaths.

“It could be a nightmare,” Peterson said. “I’m a little concerned about it, but I can’t do much about it except tell people to be aware of it.”

Warming waters aren’t actually anything new, he added. They have been happening since 1998, so instead of ignoring it, people should “worry about it right now.”

There is yet another player in the environmental headaches: the toxic algae bloom.

Toxic algae blooms can cause paralytic shellfish poisoning. The shellfish don’t get sick, but the mammals that eat them, including sea lions and humans, can. Death is rare but can occur.

This year produced the widest toxic bloom on record, possibly due to the warmer waters, prompting razor clam closures on the West Coast. It is affecting dungeness crabs now for the first time, Peterson said. The Oregon Department of Fish and Wildlife delayed the opening of crab season on Friday because of higher toxin levels in Southern Oregon.

It could have a huge economic impact on the fishing industry.

Scientists are searching for answers to the anomalies, but Peterson questions what surprises wait next.

In the meantime, El Niño is set to hit this winter, expected to bring warmer than average conditions and below average precipitation to Oregon, according to the Seasonal Climate Forecast.

Have you started your Christmas shopping yet?