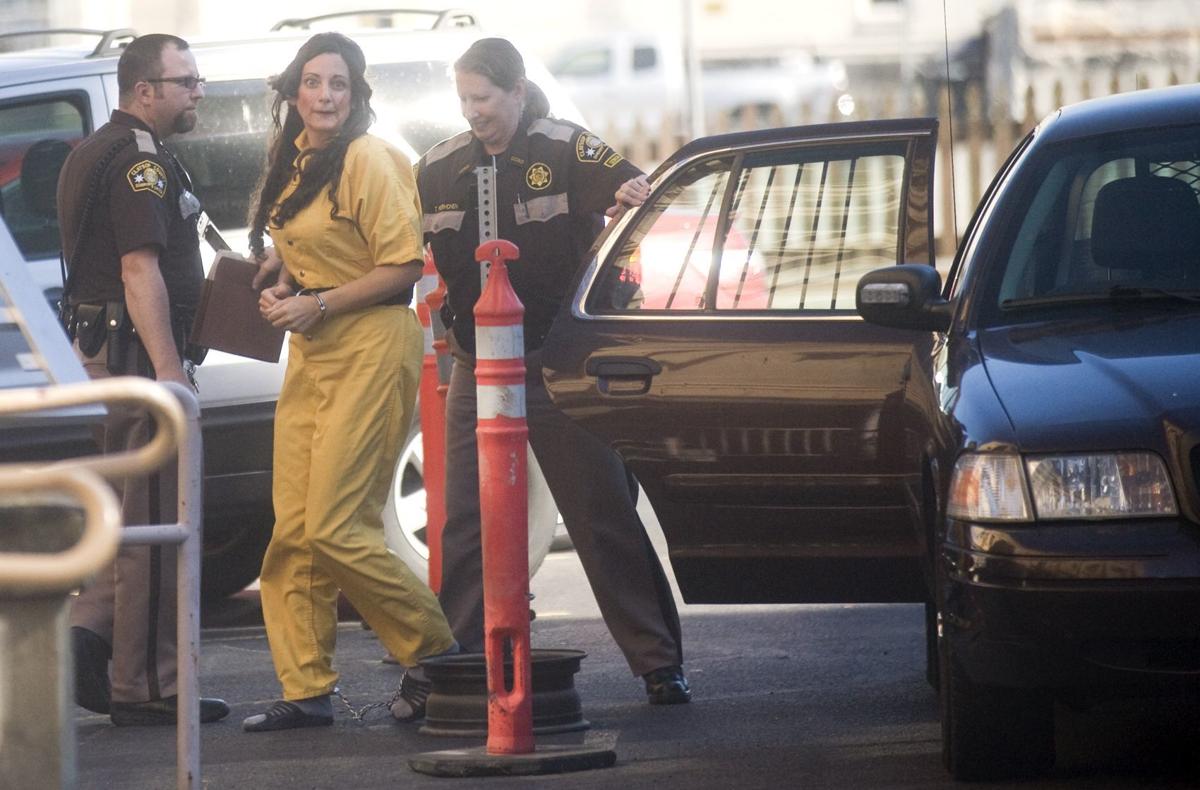 Jessica Smith, the Goldendale, Wash. mother accused of murdering her 2-year-old daughter and attempting to kill her 13-year-old daughter in a Cannon Beach hotel July 31, arrives at the Clatsop County Courthouse Tuesday for her status hearing before Judge Cindee Matyas. 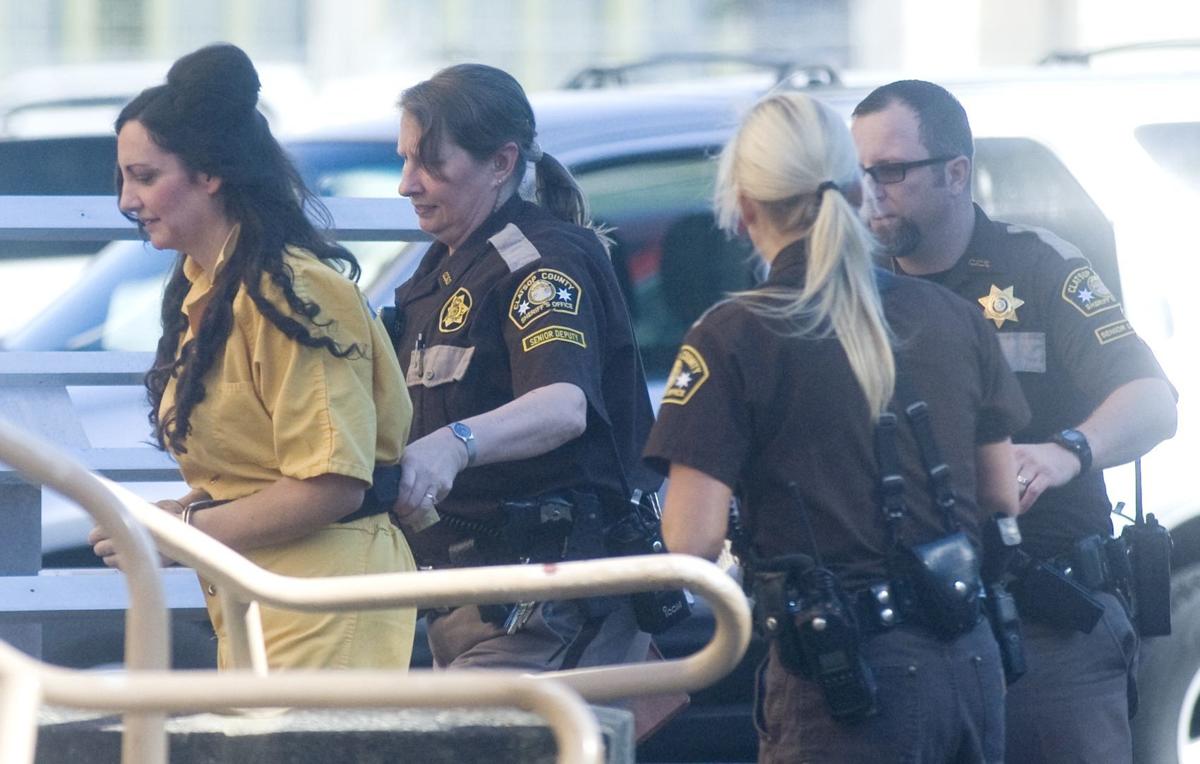 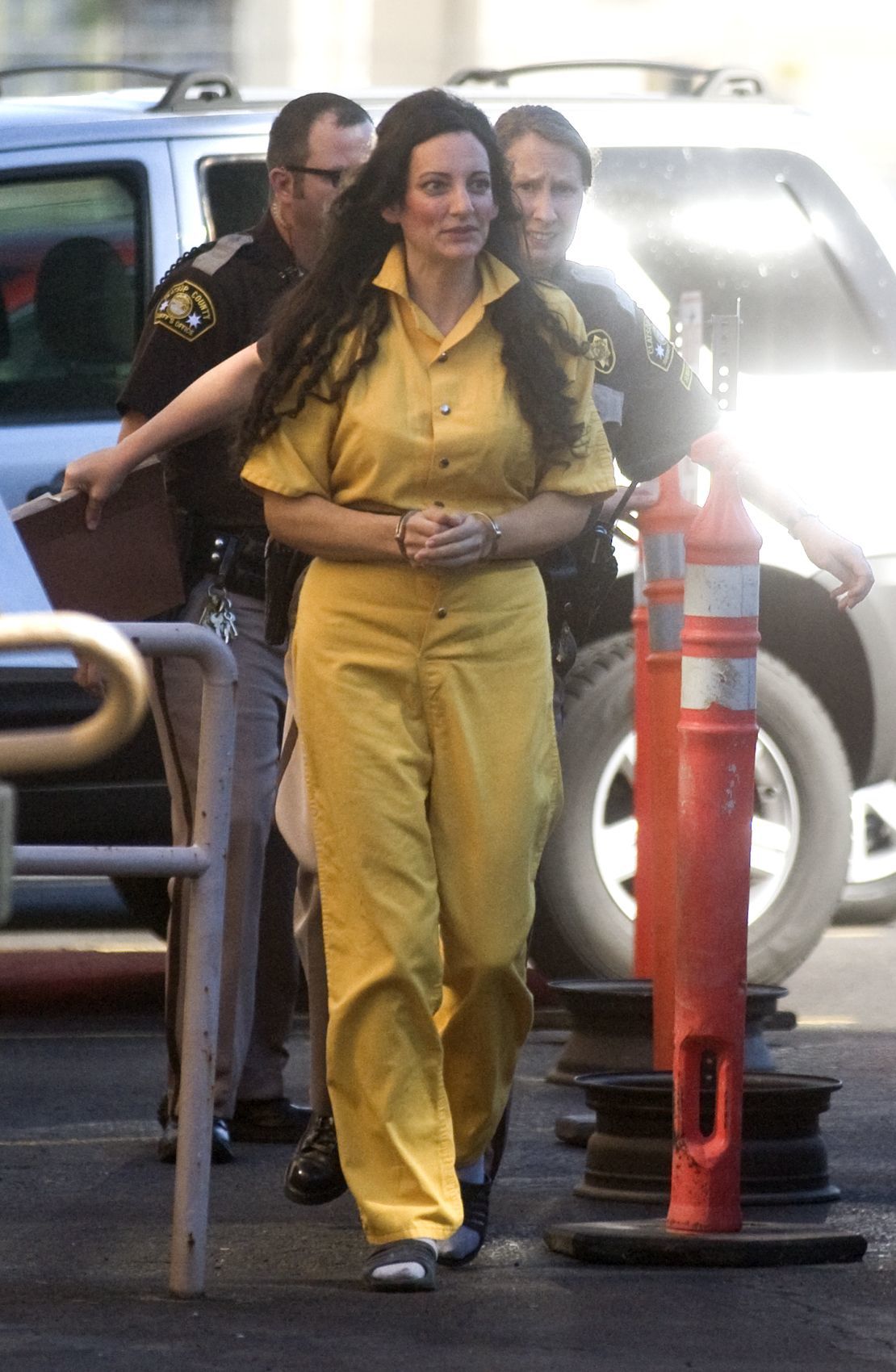 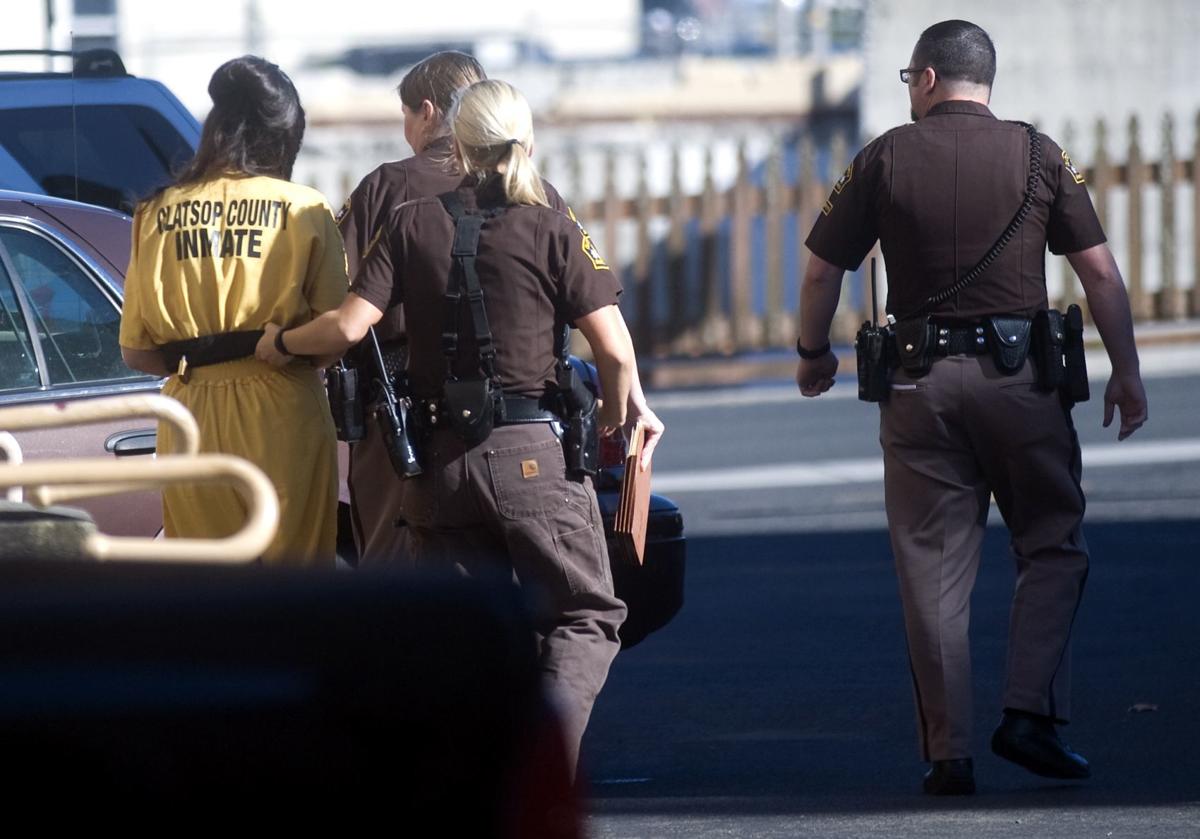 Clatsop County Sheriff's deputies lead Jessica Smith back to an unmarked Ford Crown Victoria at the conclusion of her status hearing Tuesday.

Jessica Smith, the Goldendale, Wash. mother accused of murdering her 2-year-old daughter and attempting to kill her 13-year-old daughter in a Cannon Beach hotel July 31, arrives at the Clatsop County Courthouse Tuesday for her status hearing before Judge Cindee Matyas.

Clatsop County Sheriff's deputies lead Jessica Smith back to an unmarked Ford Crown Victoria at the conclusion of her status hearing Tuesday.

Smith’s defense attorney William Falls requested the trial be pushed to the late spring or early summer of 2016 during a status hearing in Clatsop County Circuit Court Tuesday afternoon.

Falls and his co-counsel Lynne Morgan said they will both be busy in another aggravated murder case in Multnomah County and will not have time for the Smith trial until 2016.

In addition, Falls said, he needs time to prepare a possible defense around Smith’s mental health.

“I don’t see any way I can be prepared for this case before late spring of 2016 or the summer,” Falls, of Portland, said in court. “This is an aggravated murder case, and it takes substantial time to prepare this case.”

Judge Cindee Matyas set the trial date for next summer, but allowed Falls continuance, or the ability to postpone, if requested at a later hearing.

Smith, 40, — dressed in a yellow Clatsop County inmate jumpsuit with her hair styled in a “bump” — appeared in-person in court Tuesday for the first time.

Isabella Smith died of asphyxiation by drowning, according to the state medical examiner. High level over-the-counter antihistamine sedatives were found in the toddler’s system.

Because the case involves a surviving juvenile victim, Clatsop County District Attorney Josh Marquis said, the trial should not be delayed any longer than possible.

“Two years out is just not appropriate. We don’t just have a dead 2-year-old child. We also have a 13-year-old girl,” Marquis said in court. “For this child to have this case hanging over her head for two years while her mother is the alleged killer is frankly grotesque.”

At the hearing Tuesday, Marquis wheeled in seven binders full of nearly 3,000 pages of discovery, or evidence, which included 1,117 pages of police reports, 816 pages of medical records, 680 pages of phone records, about 300 photographs and 34 compact disks with audio recordings.

Marquis plans to have all discovery collected and turned over by this Thanksgiving.

Both prosecution and defense have until Jan. 30, 2015 to file all motions and turn over all discovery, Matyas ruled Tuesday.

Alana Smith, who will be a primary witness during trial, previously told investigators that her mother allegedly assisted her with cutting her throat and drowned her 2-year-old sister because the girls did not want to live with their father and were afraid he “was going to do something to them,” according to court documents.

Her mother used a numbing agent on the girl’s neck and gave her a double dose of a sleeping agent before assisting her in cutting herself, Alana Smith told investigators.

Alana Smith made statements using “we” when describing to investigators her mother’s alleged drowning of her sister. She is not a suspect, Marquis said, and remains a victim in the case.

She is currently living with family and recovering well.

Marquis plans to interview her at a later date.

When asked Tuesday if the District Attorney’s Office will seek the death penalty, Marquis said it is still too soon to make that decision.

All 12 jurors would have to agree on the following questions after finding Smith guilty:

Was the murder deliberate? Did the victim do anything to provoke the murder? Is the defendant likely to commit serious acts in the future? Should the defendant receive a death sentence?

“I don’t know enough about Jessica Smith yet,” Marquis said.

Notes left by Jessica Smith, a resident of Goldendale, Wash., indicated she planned to kill herself but didn’t have the “time or strength after assisting Alana,” according to an arrest warrant affidavit.

She also wrote the “baby didn’t suffer as she fell asleep in the water.”

Clark County court documents revealed an ongoing separation and divorce between Jessica and Gregory Smith in recent months. The girls’ father sought a custody evaluation less than two weeks before they were discovered at the hotel room in Cannon Beach.