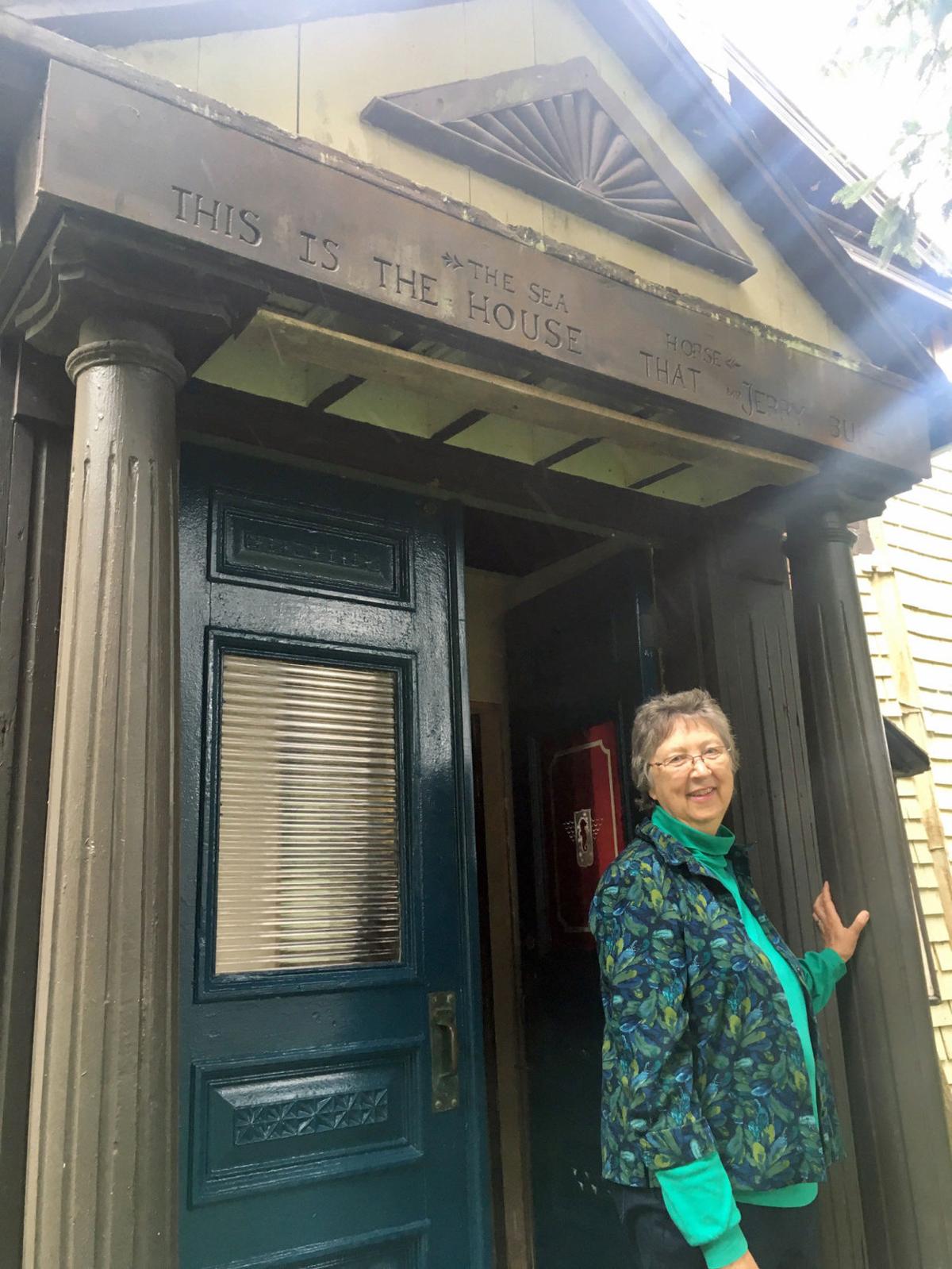 Bonnie Schein stands outside the cottage her late brother, Jerry Bosco, built. The words on the home state “This is the house that Jerry built.” 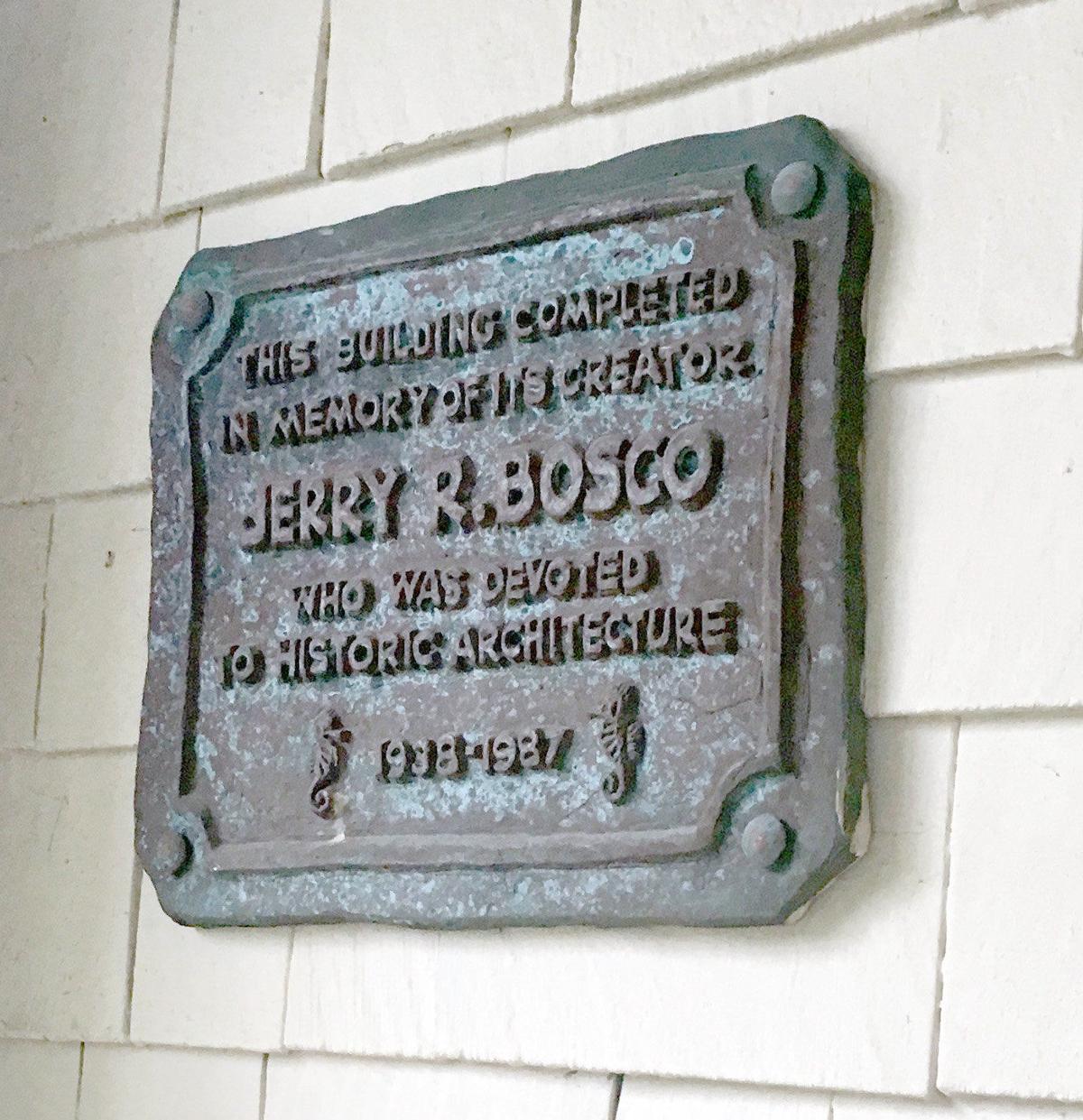 A plaque outside commemorates the home Jerry Bosco originally built. 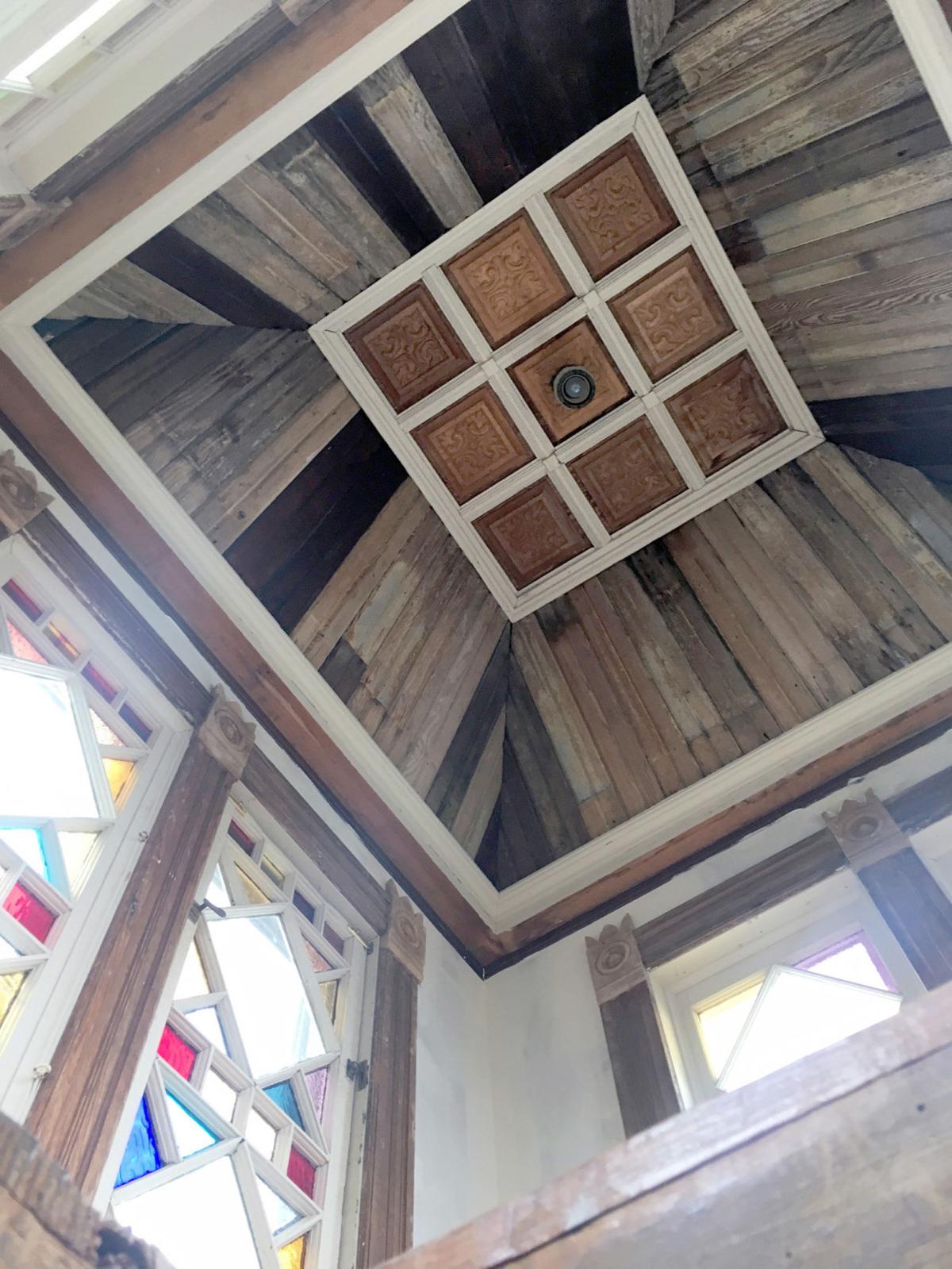 A tower with stained-glass windows is accessible from fold-down stairs on the second floor. 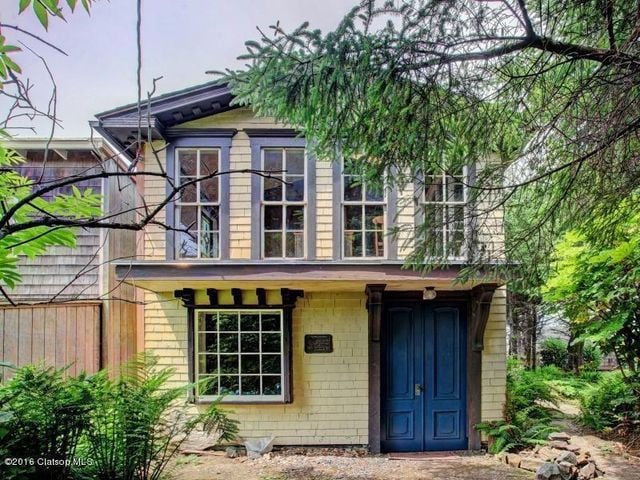 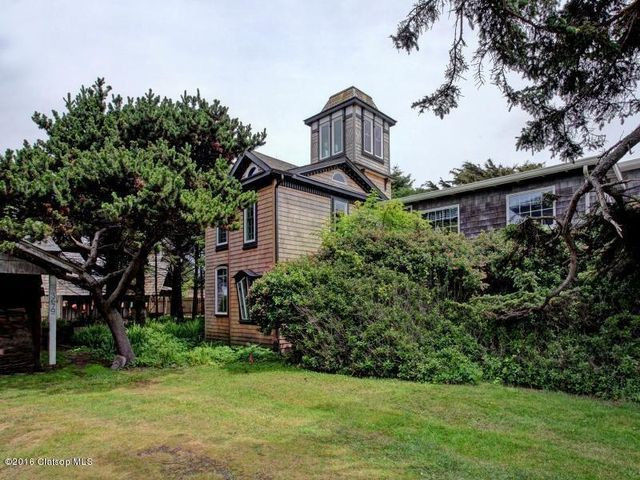 Bonnie Schein stands outside the cottage her late brother, Jerry Bosco, built. The words on the home state “This is the house that Jerry built.”

A plaque outside commemorates the home Jerry Bosco originally built.

A tower with stained-glass windows is accessible from fold-down stairs on the second floor.

“He used to bring home door frames and windows on his bicycle,” said Bonnie Schein, remembering her late brother as a child.

The Tolovana Park cottage Bosco built, which started as one room in the 1950s and expanded throughout the years, demonstrates his lifelong dedication to historic preservation, as co-founder of the Architectural Heritage Center in Portland.

The historic house, located at 3678 Pacific, will be open for the public to view from 1 to 3 p.m. Saturday.

Schein and Bosco’s family grew up spending summers in a cabin next door to the cottage.

Created using parts of old Victorian houses torn down in the Portland area to make room for developments like the Lloyd Center, the house has a unique collection of details, including marble floors, cast-iron pieces, quirky stencils of seahorses and a window that curves outside to resemble a captain’s window on a ship.

Bathroom floor tiles include address numbers from former Portland houses, some arranged in the “pi” numerical sequence, and a tower with stained-glass windows can be reached from attic-like stairs that fold down.

Since Bosco’s death in 1987, Schein and her husband, Ed, have taken care of the home. But the upkeep and distance became too difficult for the Seattle-based couple, and they put the updated home on the market with local real estate agent Robin Risley of Cascade Sotheby’s.

The home may be featured in the upcoming Cannon Beach Cottage and Garden Tour in September.

Bosco and the Architectural Heritage Center’s other founder, Ben Milligan, salvaged architectural pieces from demolished historic buildings in the Northwest. They collected a significant amount of architectural artifacts that are still on display and were advocates for historic preservation.

Besides conserving architectural history, Bosco taught arts and ceramics classes in Portland. The home showcases his sculpture work, including one blown-glass creation resembling a sea anemone.

“Each person has a different feeling about what’s really special here,” Schein said about the sculpture collection.

Who would be the ideal buyer for the home?

“Somebody who appreciates the unusual, unique and artistic qualities — and the historic qualities,” Schein said. “All these pieces were from historic houses, even the shingles. I don’t want it torn down.”