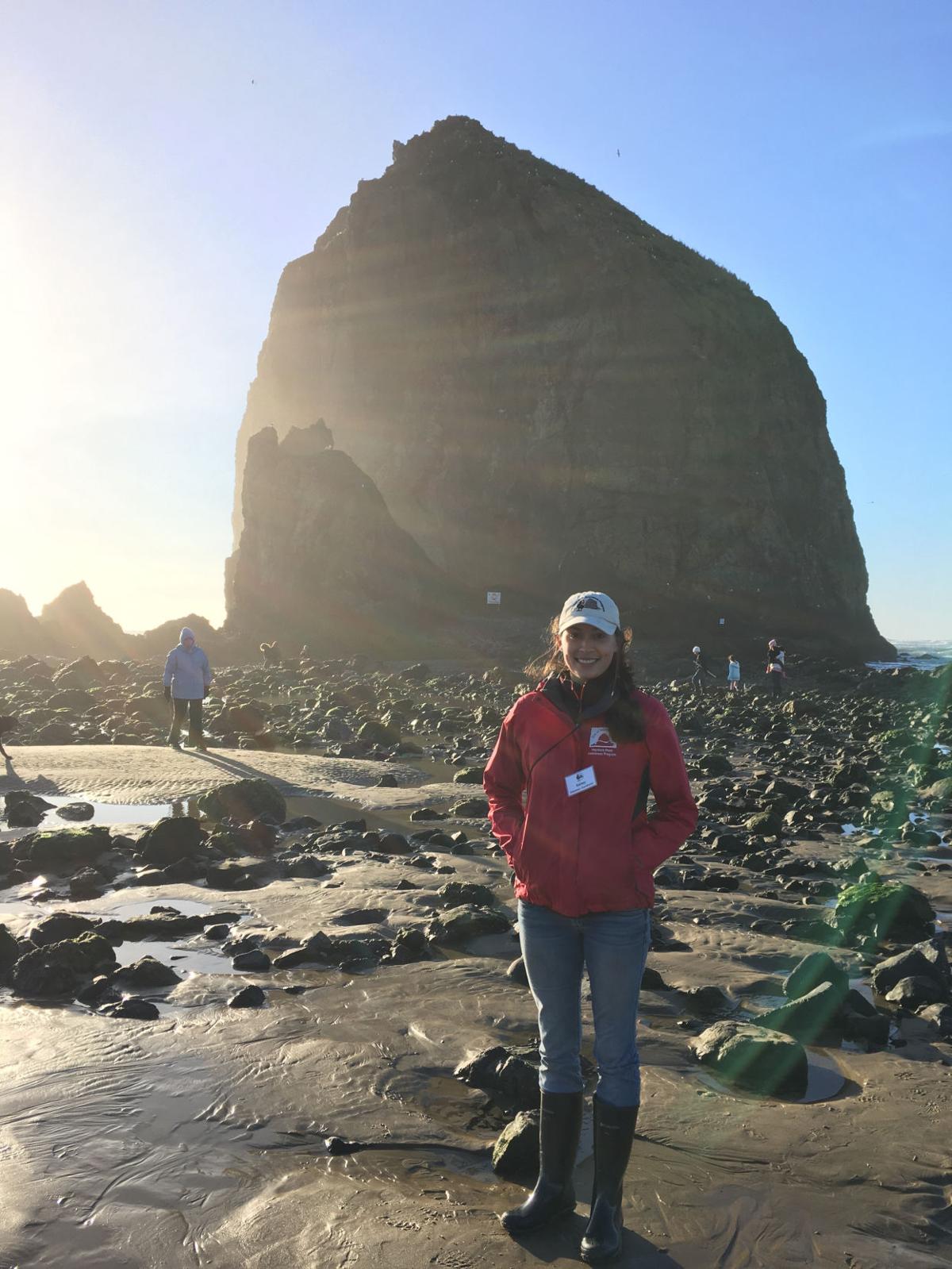 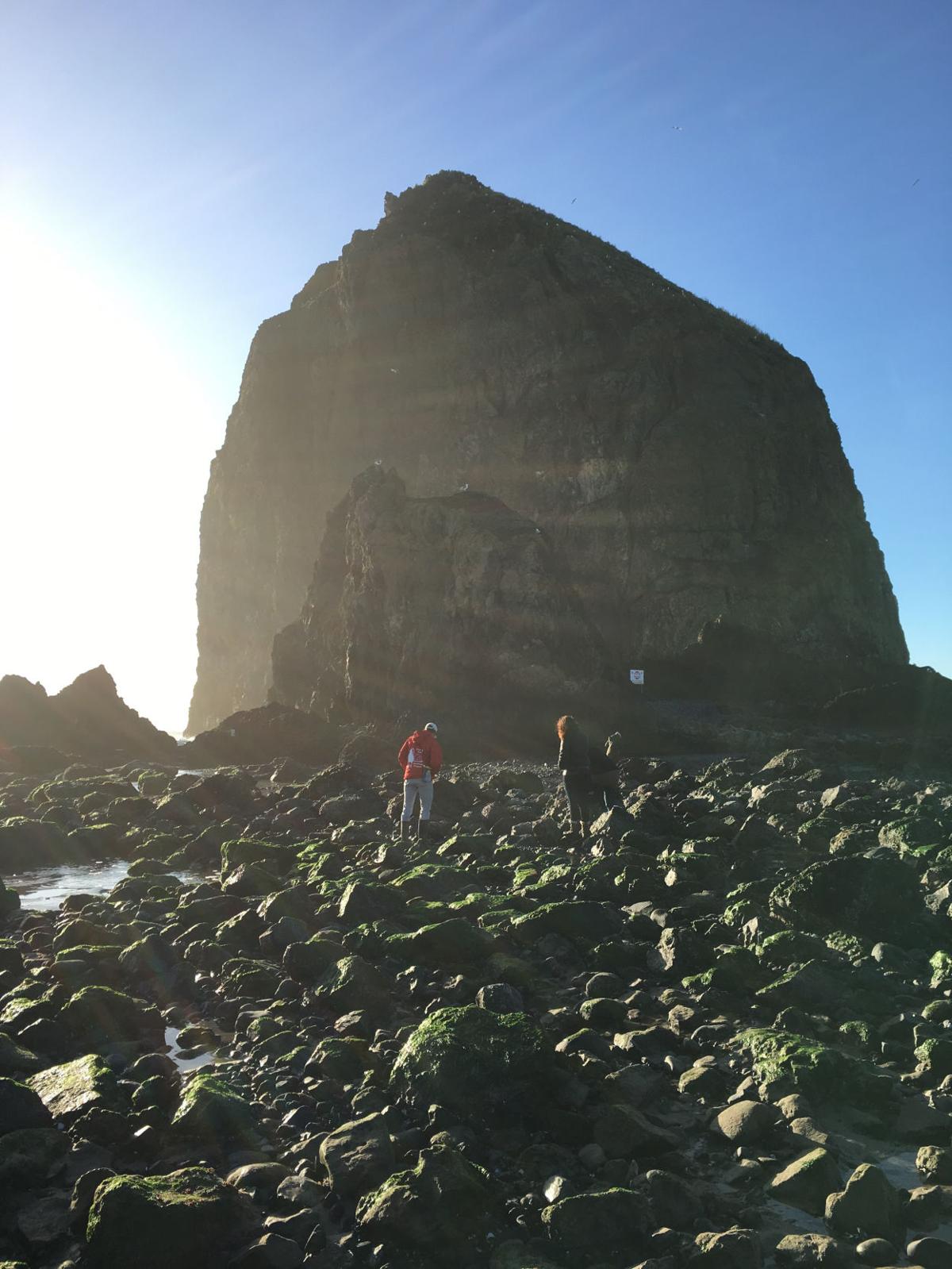 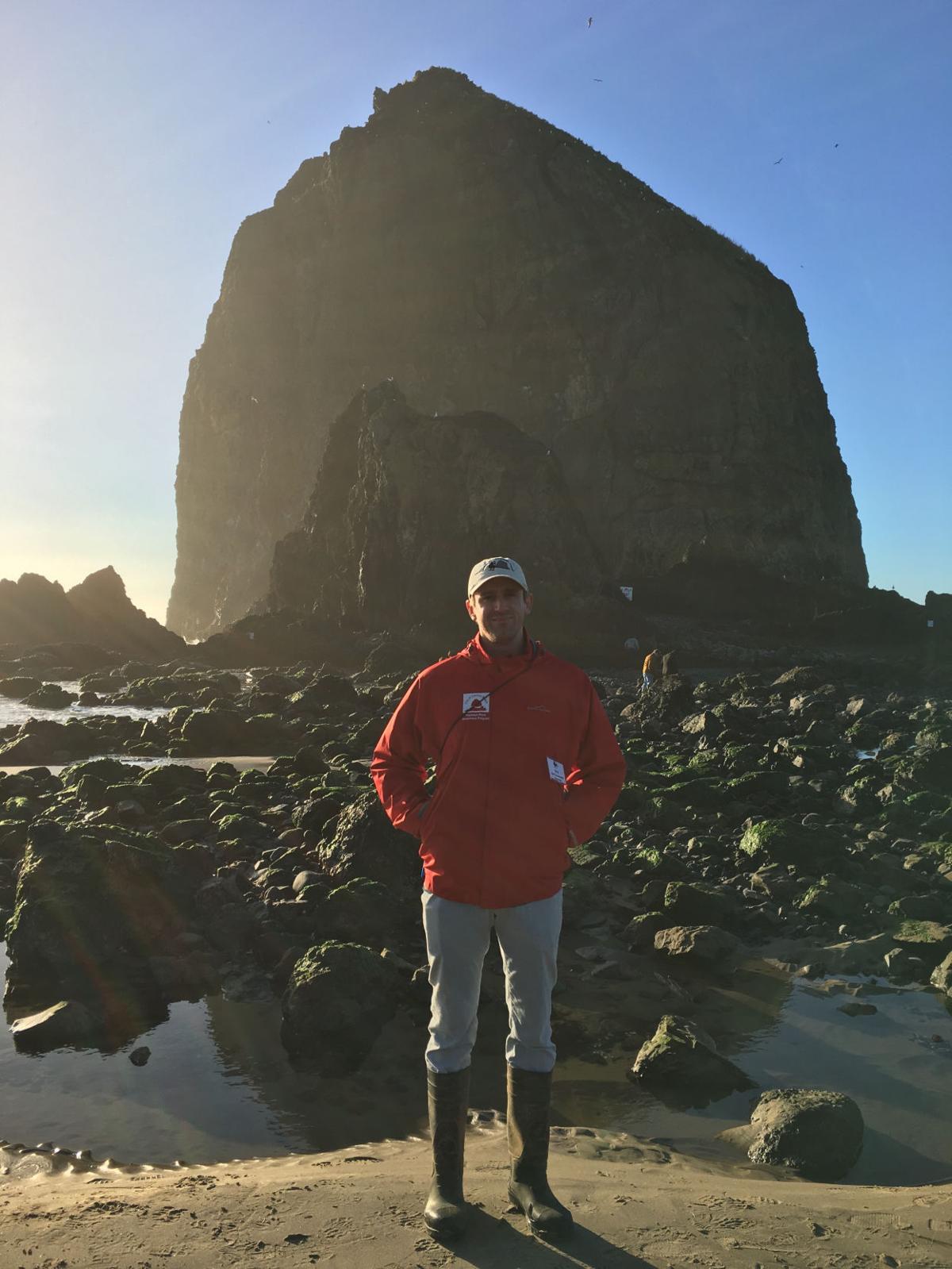 It’s just his third shift, but Eric Owen is confident when he educates visitors about the marine life on algae-covered rocks leading up to Haystack Rock.

“I love being in natural habitats, so it was a good fit for me,” he said, stopping to point out a fish. “I’m looking forward to spending a lot more time out here.”

The new staff environmental interpreter for the Haystack Rock Awareness Program, which started its season earlier this month, has worked as a land steward for the North Coast Land Conservancy and holds a degree in environmental science.

“I wanted to get outside,” she said. “My favorite part is showing kids cool things they haven’t seen.”

Brown hopes to garner more volunteers for this extended season.

The Haystack Rock Awareness Program is seeking volunteer Rocky Shore Interpreters. Those interested in learning about the marine areas of Haystack Rock and sharing wildlife facts and trivia with visitors are encouraged to volunteer, even if they have no prior experience with marine life.

“They can have no previous knowledge, and they will learn so much,” program coordinator Melissa Keyser said. “I always tell new volunteers that even educators and interpreters who been here for 15 or 20 years still learn something new every time we go on the beach.”

Volunteer duties include sharing marine life information, answering visitor questions, supporting conservation and stewardship of the area, data collection and recording, and educating visitors to prevent prohibited activities, such as collecting and climbing.

The program normally has about 100 to 200 volunteers, and hopes to have close to 200 this season. Since people can volunteer just several days out of the year, people come from all over the North coast, Oregon and even from Washington. Many volunteers come to Cannon Beach from Portland for several days, specifically to volunteer.

This year, the program will also provide two tablet computers for volunteers to reference and identification cards with pictures and information on birds, intertidal animals, plants and geology that volunteers can take to the rock.

Volunteers can RSVP for a training session at the Cannon Beach City Hall on April 9 or June 11. These sessions include training on plants and geology, bird ecology, intertidal animals and emergency preparedness. Volunteers may also train on the beach with experienced staff and volunteers.

The HRAP season, which ends in October, was extended about three months this year, Keyser said.

“We’ll have more time to spend educating and on the beach with visitors,” Keyser said.

Haystack Rock has attracted more visitors than usual this February, she noted. The team has consistently counted 40 to 50 people on the beach every hour.

This year, HRAP will introduce a summer speaker series on the beach, with monthly events from May to September.

The Haystack Rock area has lost a majority of its sea star population, which is still recovering. Large numbers of starfish have died along the Pacific Coast in recent years from a wasting syndrome, possibly caused by “densovirus.” Recently, the sea star wasting system has been linked to warmer temperatures, according to scientists in a paper published in Philosophical Transactions of the Royal Society.

“I’m optimistic that the starfish population is going to rebound,” Owen said.

However, Haystack Rock has a large, healthy seabird population, and its intertidal species are doing well, Keyser said.

Earlier in February, the program noticed a huge population of common murre birds at the rock, a rare find before breeding season.