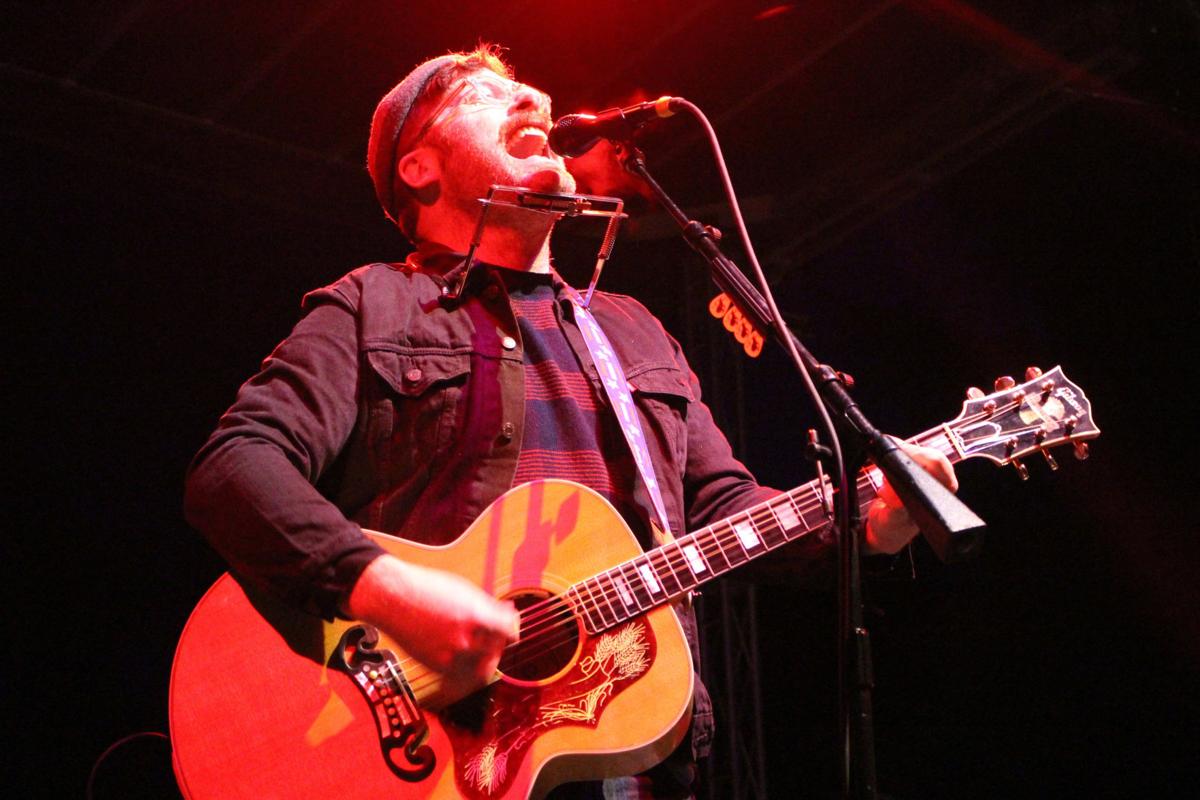 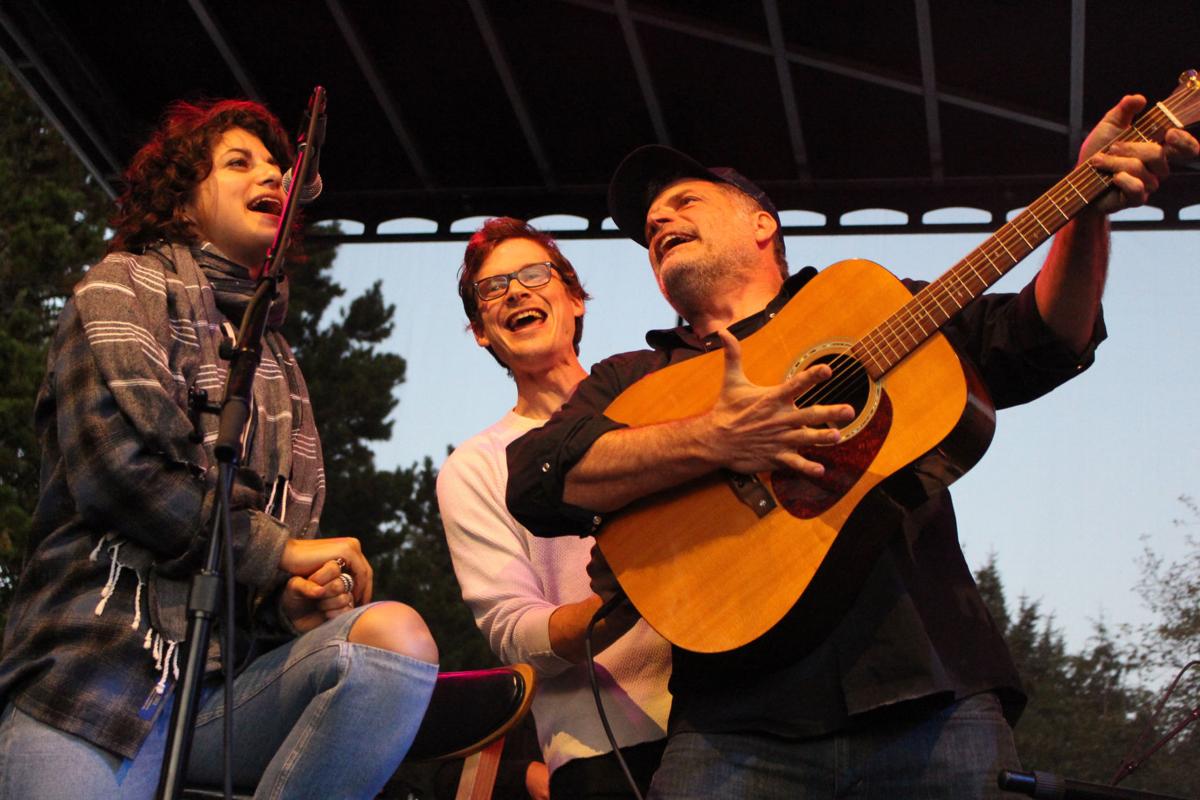 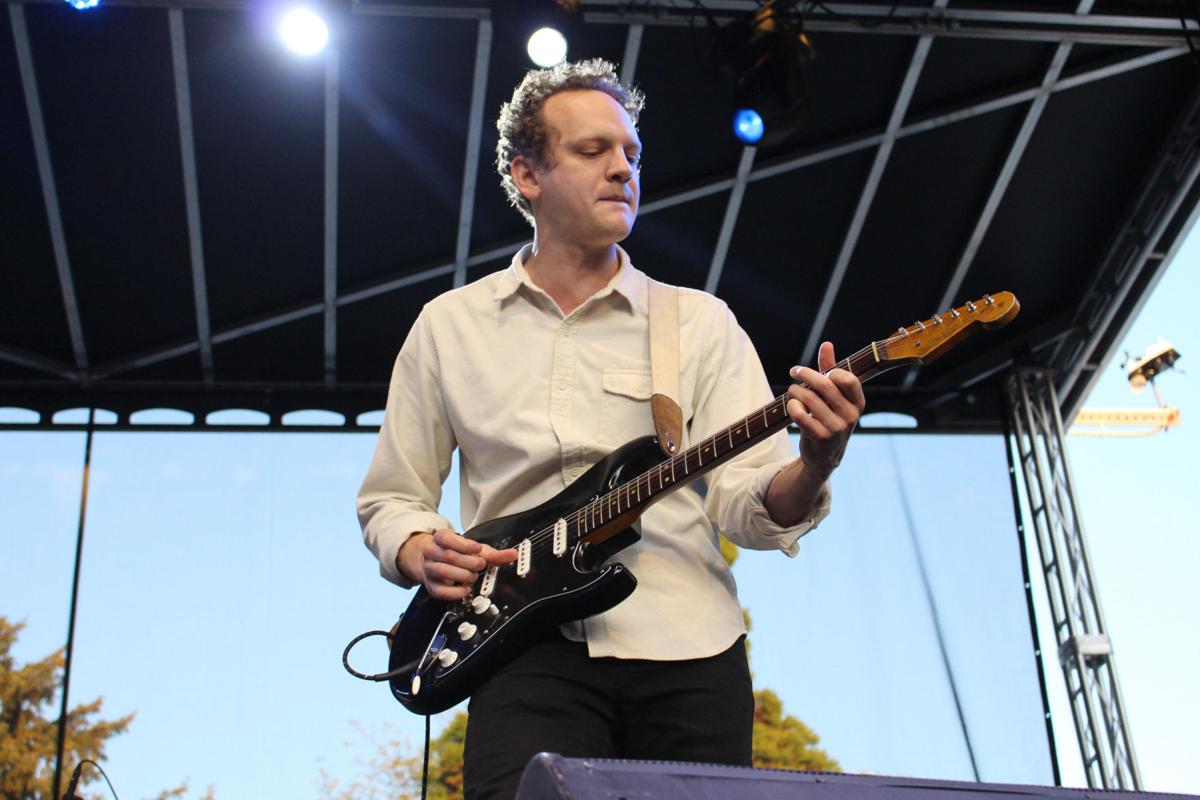 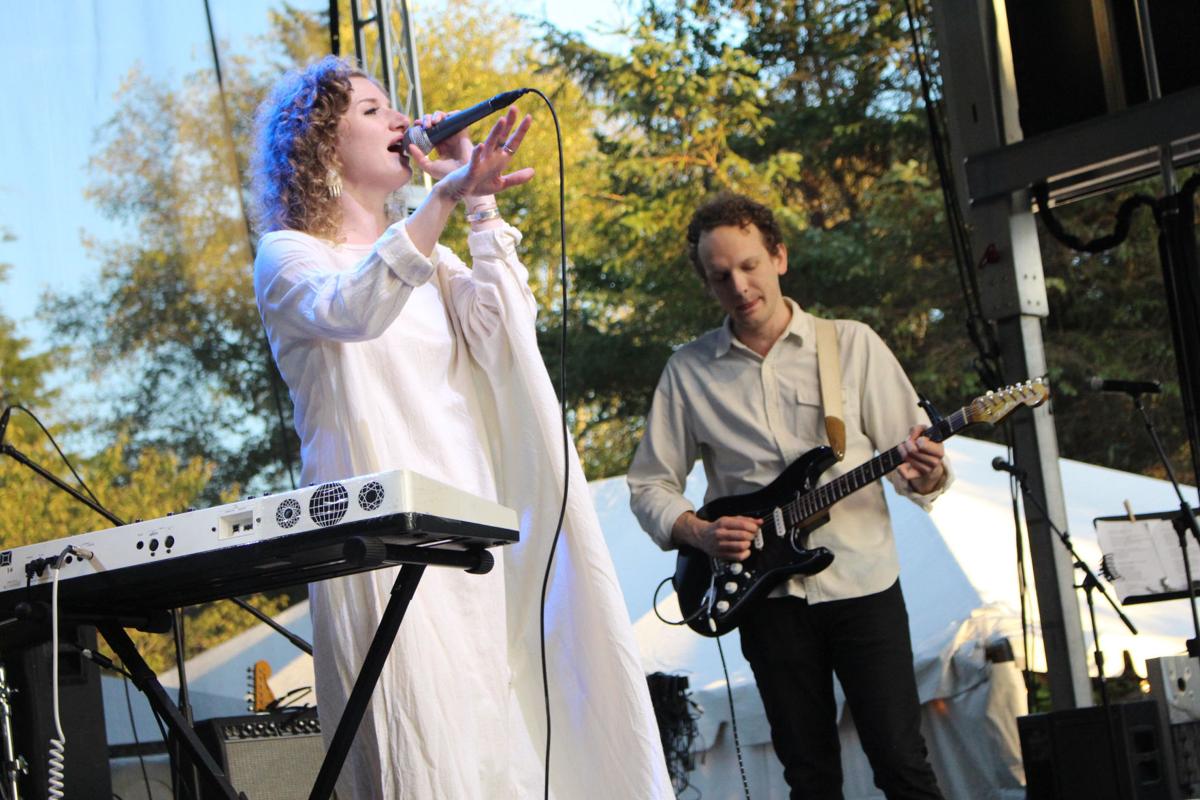 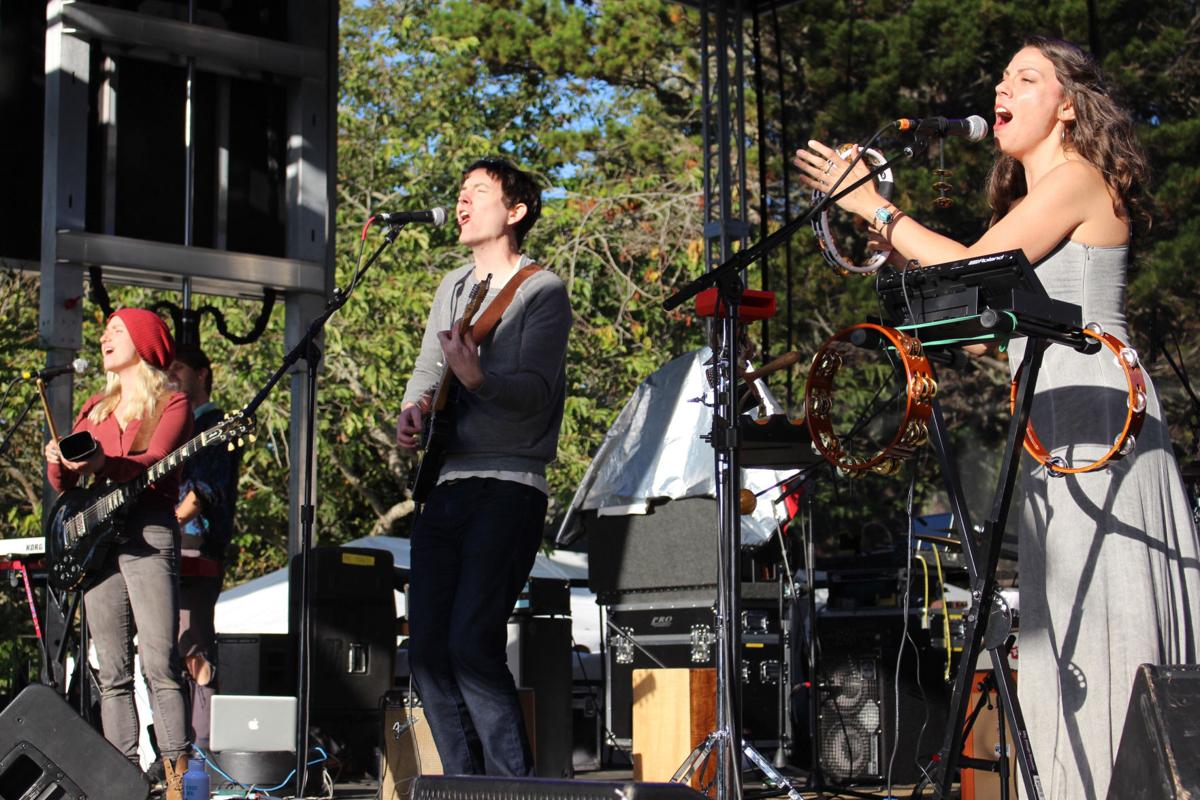 Ages and Ages performs at ‘Stackstock. 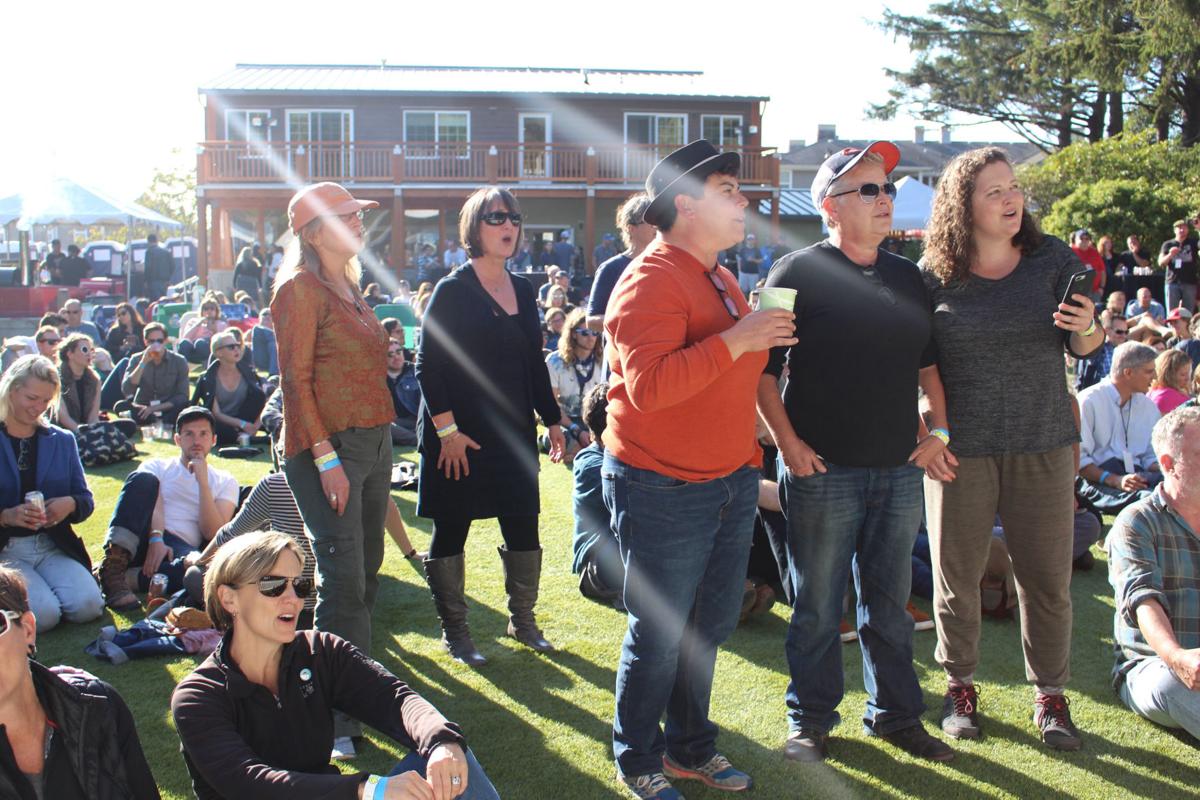 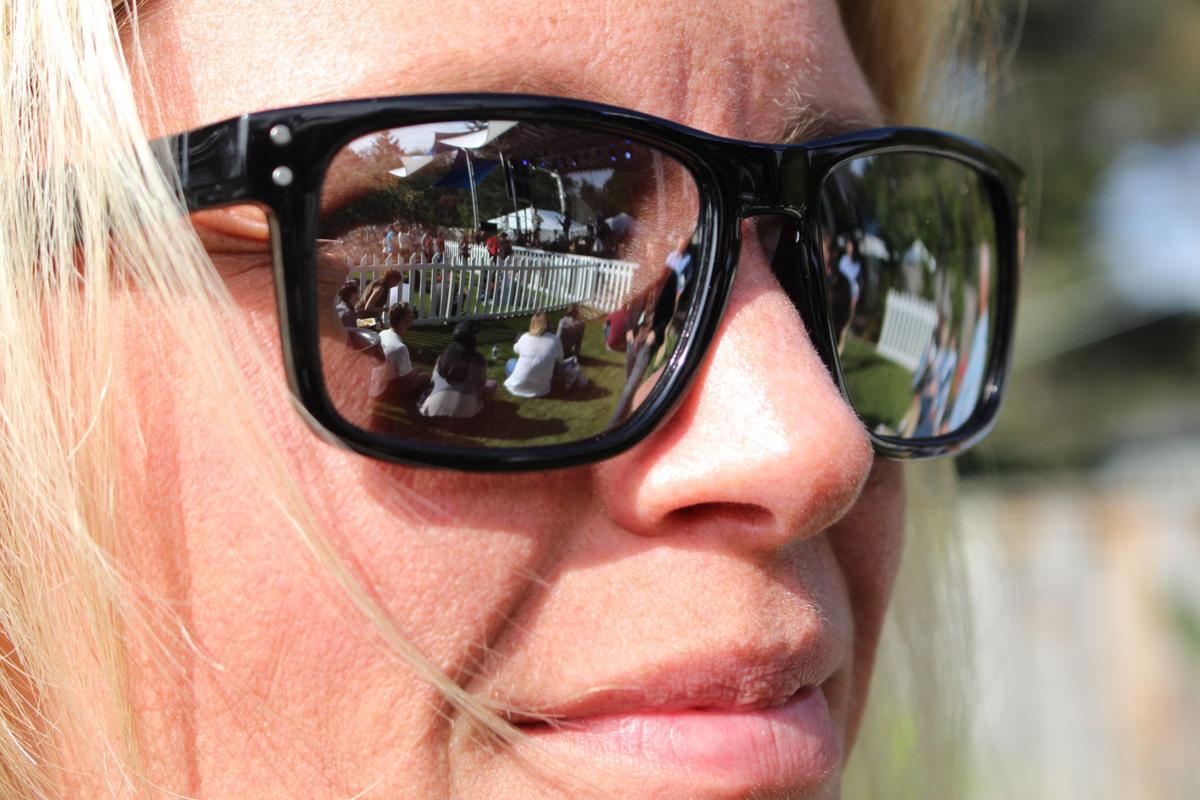 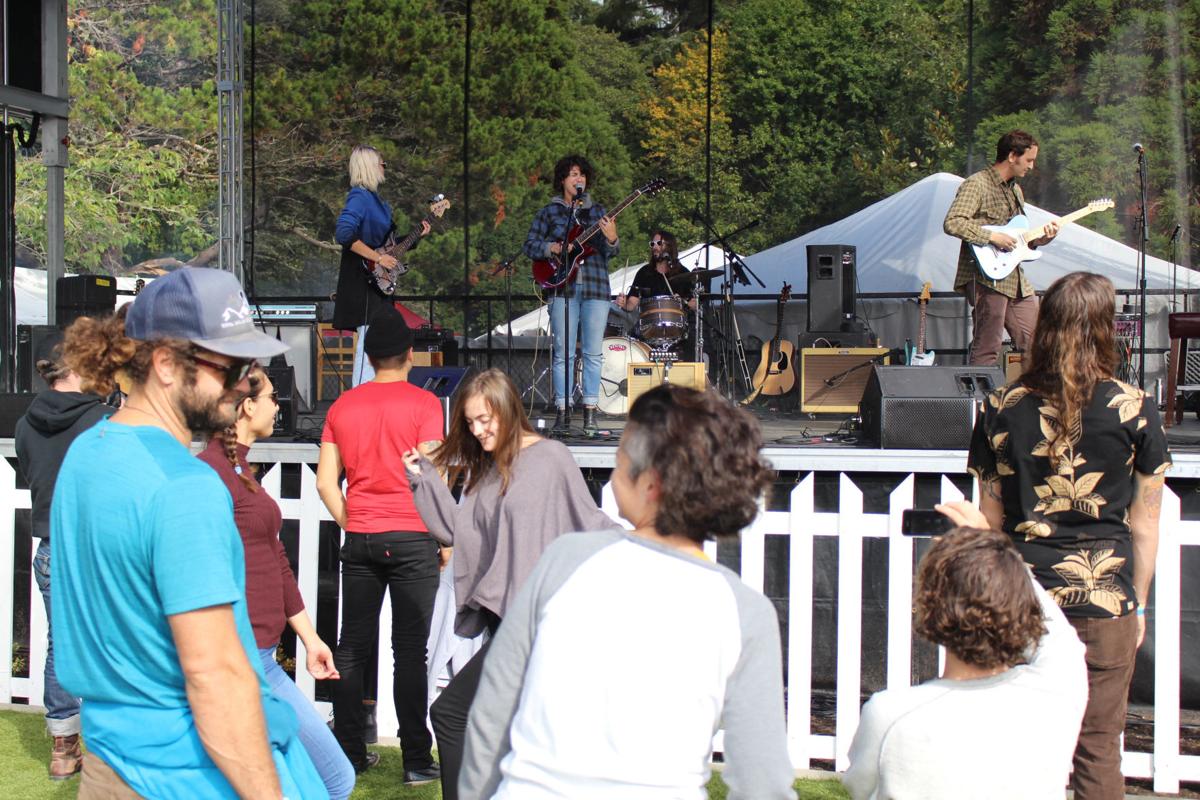 The dancing at ‘Stackstock began when Cardioid took the stage. 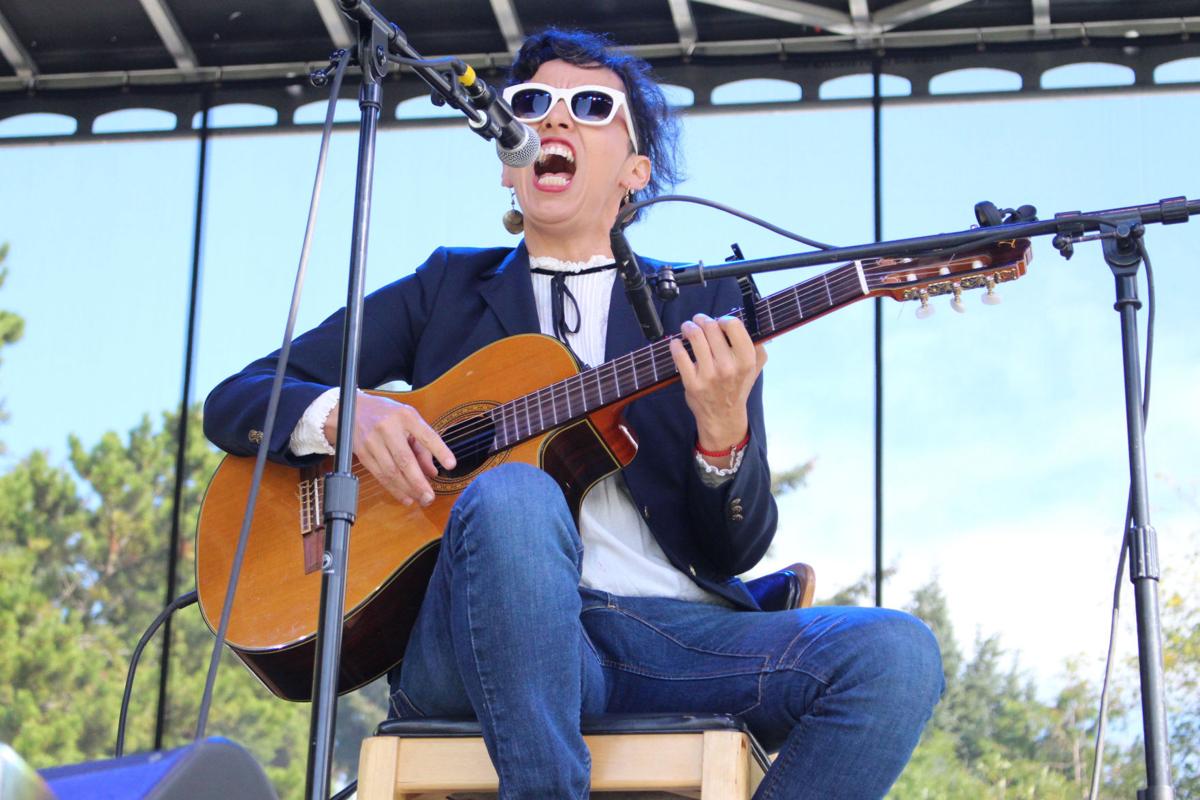 Ages and Ages performs at ‘Stackstock.

The dancing at ‘Stackstock began when Cardioid took the stage.

Facing a rapt audience at his feet and a bright crescent moon over the Pacific, Colin Meloy, the frontman of The Decemberists, took the stage at the first-ever ’Stackstock Music Fest, offering up a solo set tailored to the coast.

At the Sept. 23 show, held at Martin North’s Haystack Gardens in Cannon Beach, the songwriter of the Portland indie folk-rock band performed classics such as “Oceanside” and “Down By The Water,” plus songs from an upcoming album.

“But that’s sort of what you get when you invite me to play your festival on the idyllic coast of Oregon,” he reminded the crowd.

Organized by Ryan Snyder, president of Martin North hospitality company, ’Stackstock drew roughly 600 people total — some locals, many Portlanders — who flowed in an out of the outdoor venue throughout the day, Snyder estimated.

Attendees consumed food and drinks — some in VIP quarters — brought lawn chairs and reveled in a music event they described as “relaxed,” “intimate,” “breezy and amicable.” There was space enough on the synthetic lawn to dance, mingle and share an aesthetic experience with plenty of elbow room.

Some band members joined the audience after their sets.

Hanging out with her father and stepmother, Adrien Young, who plays bass in Cardioid, said the band agreed to perform at ’Stackstock “because the lineup was already so good.”

Ages and Ages’ Sarah Riddle, a vocalist who also plays percussion and keyboard, was there — on her birthday — with her favorite people: her boyfriend, stepmother and bandmates. Riddle said the ’Stackstock organizers “made a smart move keeping it small the first time around. Intimate is always good for your first run.”

Jim Kingwell, co-owner of Icefire Glassworks across the street from Haystack Gardens, said, “I’m loving this. It’s a kind of energy we haven’t felt here.”

Calling the festival “low-key posh,” Kingwell said ’Stackstock “doesn’t have the affectations of more sophisticated venues,” he said. “You can be comfortable and absolutely yourself in this scale of an event.”

“The energy that the Britt Fest creates — this is Cannon Beach’s version of it, nailed,” Giguiere said.

Jen Emerson, a DJ with the Portland Radio Project who has interviewed Cardioid’s lead singer, Lizzy Ellison, came to support her.

Sean Edgar, a Portland journalist, came to cover it for Paste Magazine.

“Portland’s been through a lot recently, I think, with the fires,” he said, “and I think having this nice little seaside gathering with a bunch of Portland bands took some of the pressure off.”

Though Meloy has been featured on the cover of Paste, Edgar had never seen him play live. The idea of seeing the man who composed “The Mariner’s Revenge Song” perform in a maritime setting was “too much for me not to do.”

Mark Evans, of 94.9 The Bridge morning show, said he and his wife, Mickie, came to see Ages and Ages — a band the Seaside-based station plays often — as well as Meloy.

Noting that “it’s great to have the indie acts perform here locally,” he added: “It’s just a start; it’s the very first one, so I think there’s more to come after this.”

After the show, Snyder said he “could not be any more elated about today.” But he doesn’t yet know if there will be a ’Stackstock II.

“Do I do it again? Maybe, maybe not. I’m not sure,” he said. He has tried not to think beyond the inaugural show “because this moment is so special to me.”

Snyder said he’s had many sleepless nights in recent weeks. “It’s been very intense because of my desire not to disappoint,” he said.

Snyder, who once co-founded an independent record label, said he can’t name anyone more fortunate than himself these days; he’s been able to concentrate on his passions: food, beverages, hospitality — and now music.

The company’s goal, he said, is to create experiences that will make people want to return to town, that will make them tell their friends: “You’re not going to believe what we just did in Cannon Beach.”

During Meloy’s performance, Snyder quickly realized the gift he had brought.

The crowd, which peaked late afternoon, had dwindled somewhat by the time Meloy appeared at nightfall. While the balladist played, his breath fogging in the air of a chill autumn night, his devotees edged closer to the stage.

Some people were silent and emotional and, as he sang, mouthed Meloy’s literary lyrics along with him. The stage lights bathed the front rows in bright rotating colors, while, against the warm glow of Haystack Gardens’ interior, spectators swayed in silhouette.

At one point, a man in the audience shouted, “I love you, Colin!” Then another guy admonished the first: “I already said that!”

A woman yelled out at Meloy: “They’re fighting over you!”