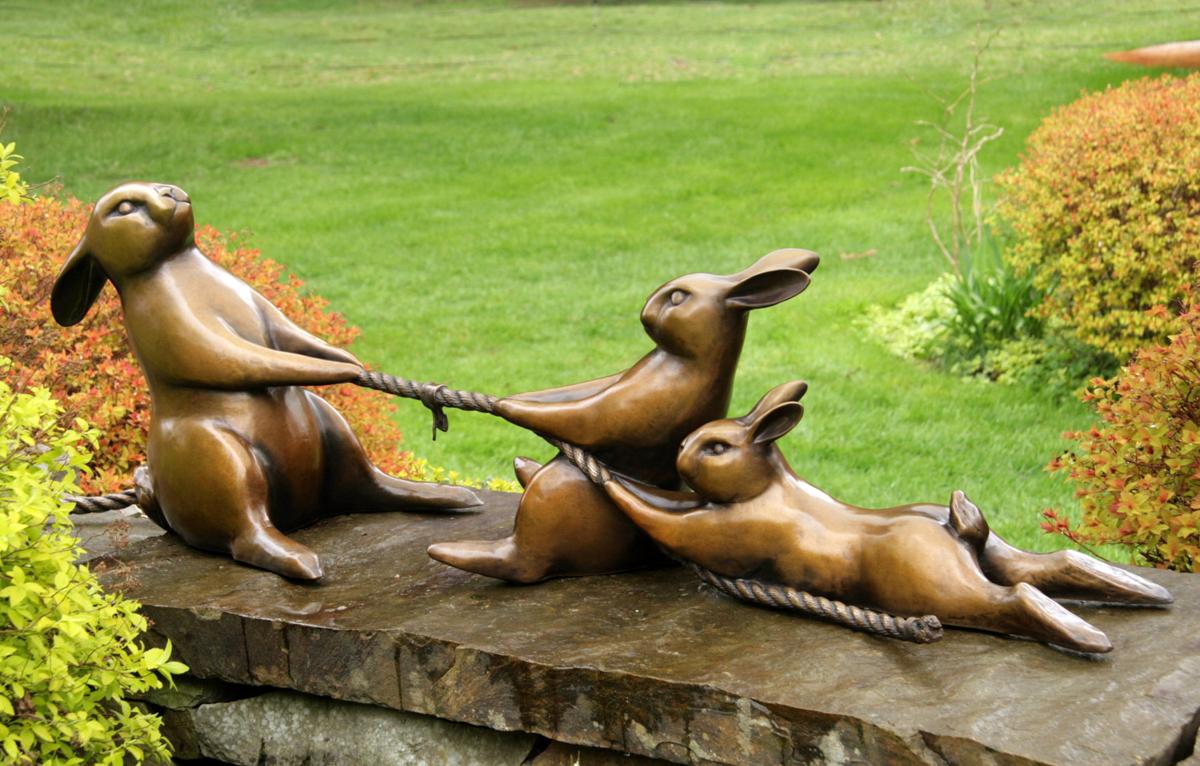 Georgia Gerber's sculptures are on display at Northwest By Northwest Gallery in Cannon Beach. 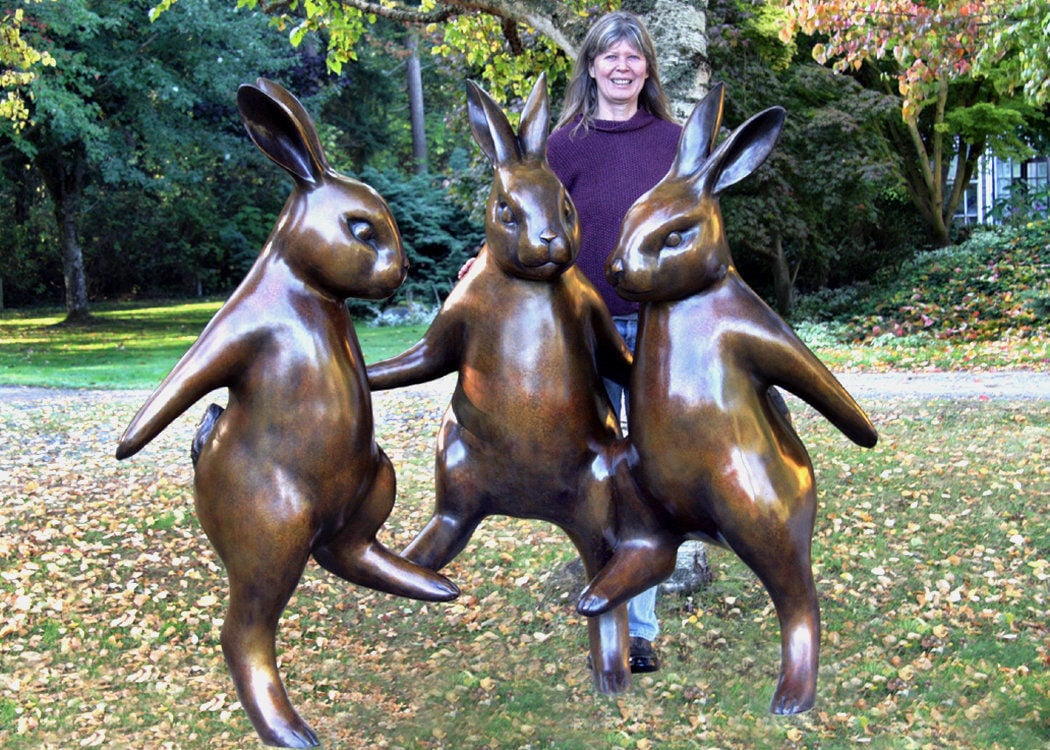 A new collection of work by noted bronze sculptor and public artist Georgia Gerber is on display at Northwest By Northwest Gallery.

Georgia Gerber's sculptures are on display at Northwest By Northwest Gallery in Cannon Beach.

A new collection of work by noted bronze sculptor and public artist Georgia Gerber is on display at Northwest By Northwest Gallery.

Northwest By Northwest Gallery shined a spotlight on sculptures created by noted regional public artists, including Georgia Gerber and Ivan McLean, as part of its May Spring Unveiling festivities.

A new bronze collection by Gerber was unveiled at the gallery’s event.

“I wanted to create a piece with the feeling of whimsy and emotion and tells a story and memories of our childhood to evoke a positive reaction,” Gerber said about the process behind “Tug of War,” one of the three new pieces she created specifically for Northwest By Northwest’s Spring Unveiling weekend.

Gerber, who created the Cannon Beach public display “Tufted Puffins,” said she tries to “capture an emotion and life” inside the figures of her sculptures.

Among the sculptor’s numerous works of public art is another recognizable figure: the iconic Rachel the Pike Place Pig in Seattle.

“It was at beginning of career and it was an open competition I applied for,” Gerber said. “I just felt like I was the person for it because I love creating large-scale animal forms and trying to capture an essence within it to draw people to it.”

Portland-based contemporary sculptor Ivan McLean — whose sculptures appear in Portland and California — unveiled work and did a demonstration in the gallery’s sculpture garden.

“It’s a lot of fun but it’s like putting on an opera,” gallery owner Joyce Lincoln said of organizing the event. “It’s a really big show. We really want our clients to have an experience.”

Gerber’s sculptures remain on display at Northwest by Northwest Gallery, and her catalogue is available online for viewing. The gallery is located at 232 N. Spruce St.; 800-494-0741 or nwbynwgallery.com.