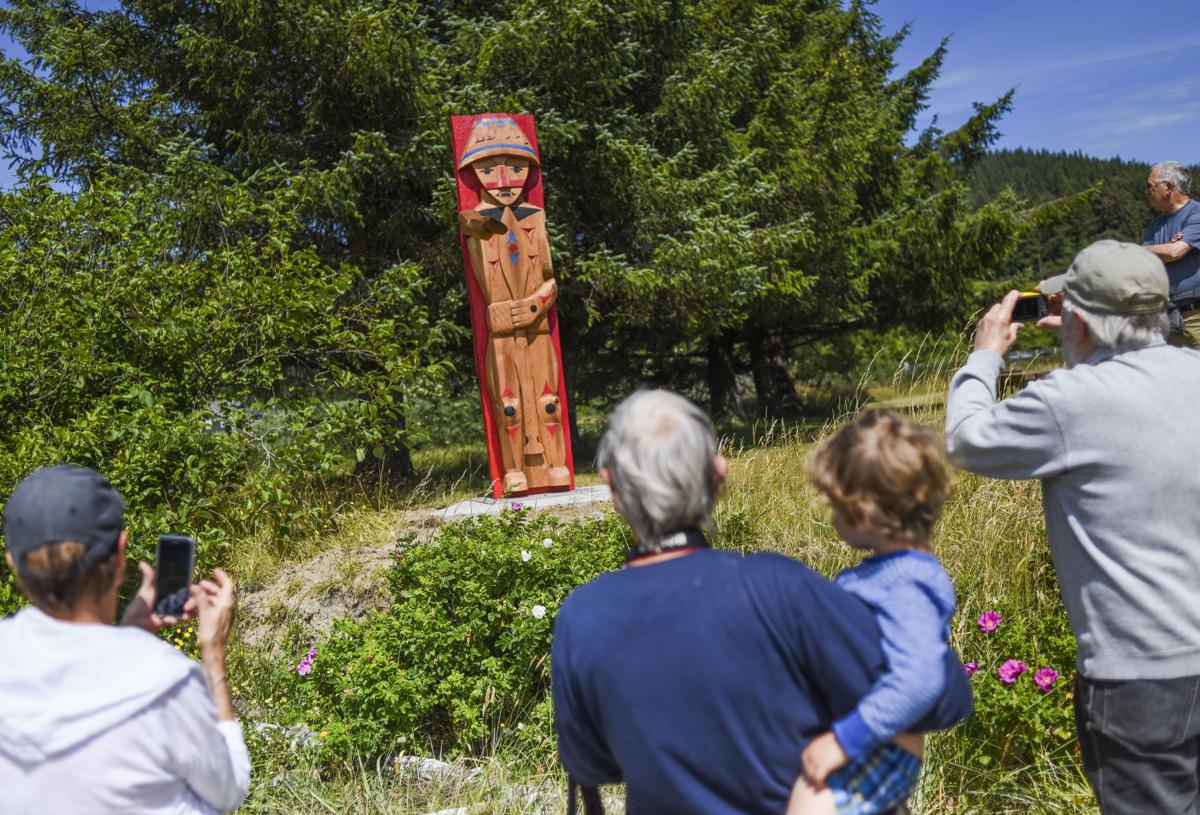 Danny Miller/EO Media Group People take a look at the new welcome pole carved by artist Guy Capoeman created in partnership by the Clatsop-Nehalem tribe and the city of Cannon Beach during a dedication Friday at NeCus' Park. 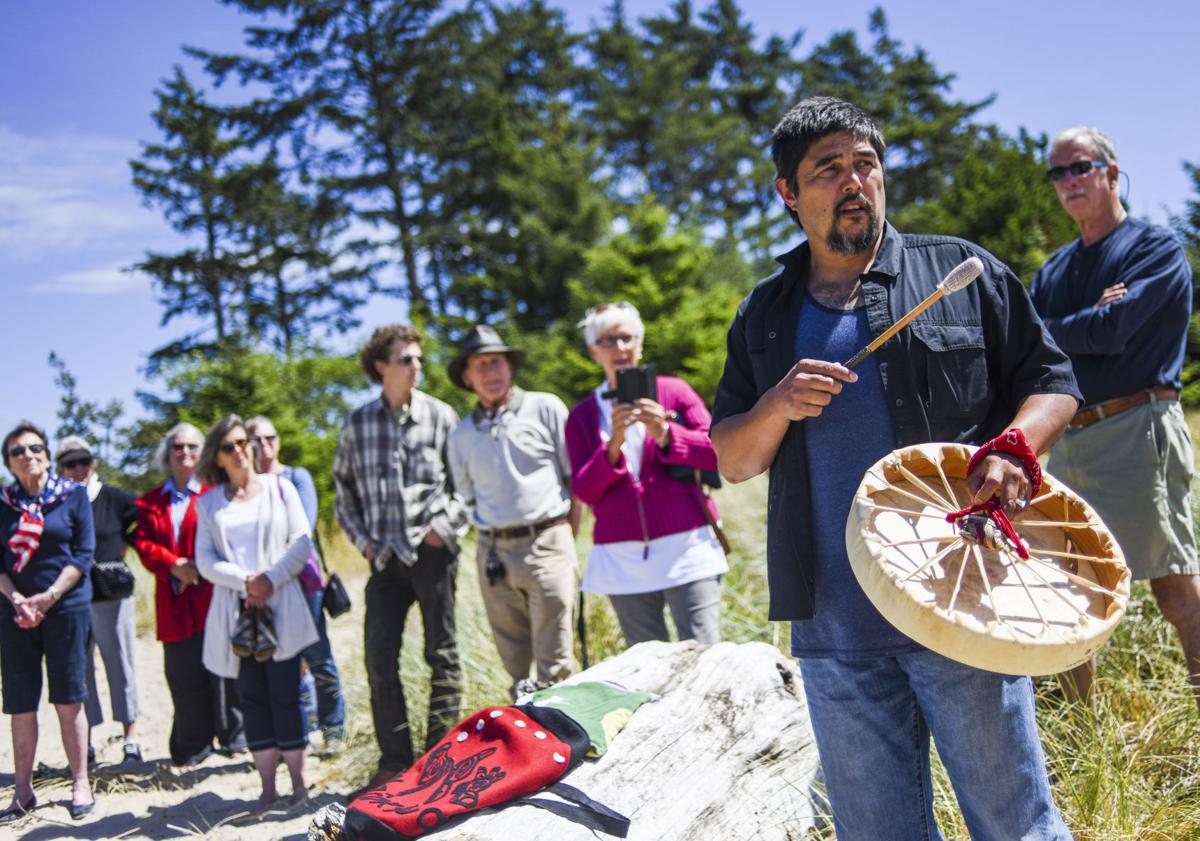 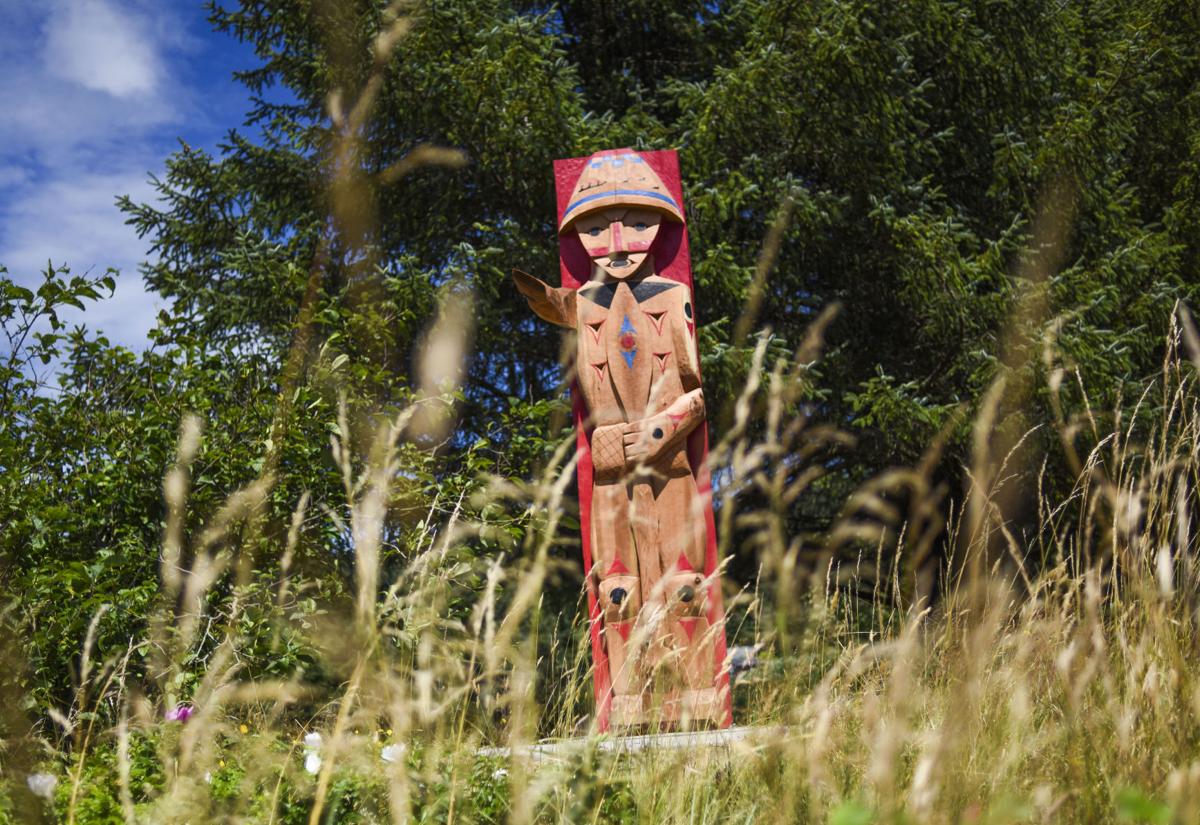 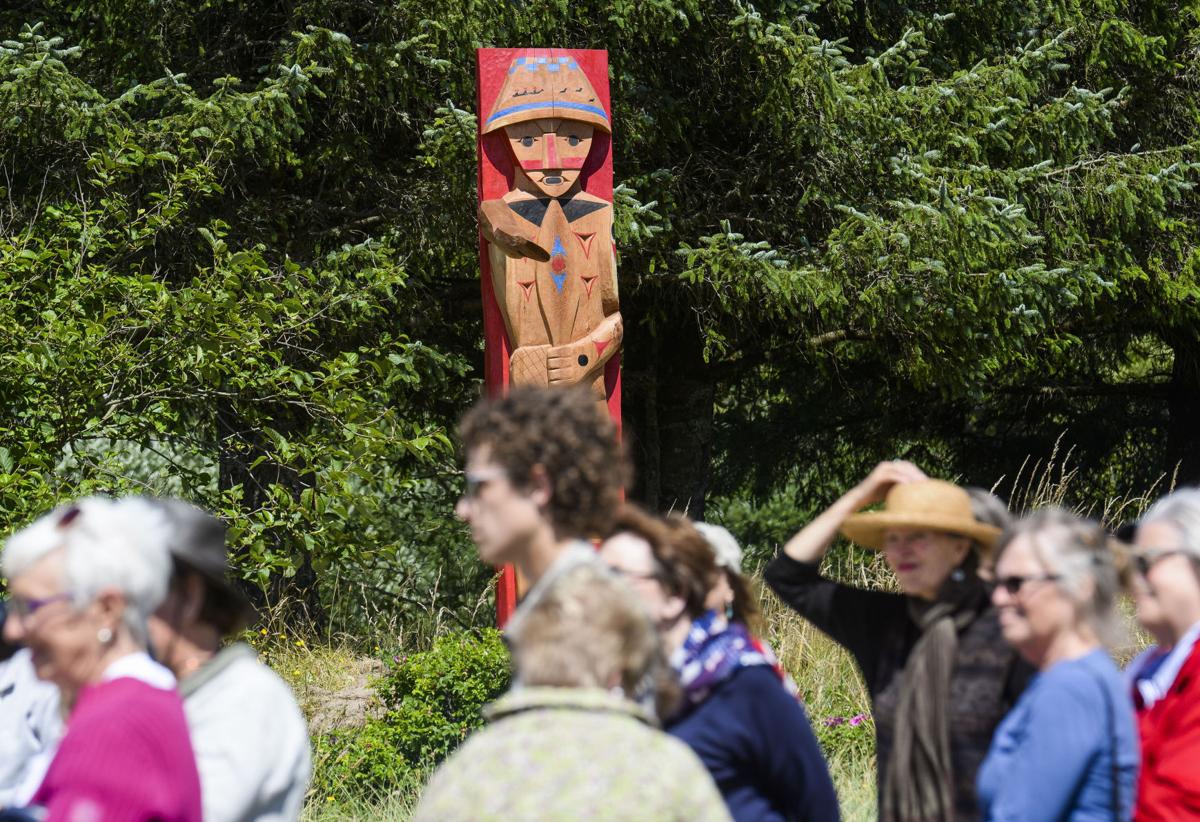 Danny Miller/EO Media Group Community members gather for a dedication of a new welcome pole created in partnership by the Clatsop-Nehalem tribe and the city of Cannon Beach.

Danny Miller/EO Media Group People take a look at the new welcome pole carved by artist Guy Capoeman created in partnership by the Clatsop-Nehalem tribe and the city of Cannon Beach during a dedication Friday at NeCus' Park.

Danny Miller/EO Media Group Community members gather for a dedication of a new welcome pole created in partnership by the Clatsop-Nehalem tribe and the city of Cannon Beach.

NeCus’ Park witnessed a revival of a vanishing culture with the arrival of a welcoming pole designed by sculpture artist Guy Capoeman.

“The spirits of the old ones are in the trees, waiting for the old ones to start singing,” Richard Basch, the vice chairman of the Clatsop-Nehalem tribe, said at the ceremony Friday. “I am sure they are here today.”

As the sun draped over the scene by a tucked-in cove in Cannon Beach and visitors formed a circle around a campfire, it wasn’t difficult to imagine the Native Americans who gathered at this site hundreds and even thousands of years ago. The area, bordering Ecola Creek, once was the location of a Clatsop-Nehalem village known as NeCus’. The sculpture was a collaboration between the Clatsop-Nehalem tribe and the city.

“There were permanent residents, but it was always a place of welcoming strangers and travelers,” Basch said. “So this welcoming pole is here to welcome everyone now.”

A little over a year ago, the Palette Group, a subcommittee of the city parks committee, submitted a proposal to the city’s public arts committee for a 10-foot tall cedar welcoming pole to be erected along the bank of Ecola Creek at the edge of NeCus’ park. Working with the parks committee, the sculpture was designed by master carver Capoeman. The statue, which can be seen from the Fir Street Bridge, faces the ocean, as tribal members once did when they greeted their guests.

Friday’s dedication and prayer was meant to be “fun and light-hearted,” according to Basch.

But the message of the welcoming pole also recalls a different time, when tribes heading to the Columbia River or Nehalem Bay would gather for visits, celebrations and potlatches — gift-giving feasts to celebrate friendship between members.

Capoeman, whose family members extend to the Clatsop, Nehalem and Tillamook tribes, carved the colorful pole. The cedar used comes from an old-growth preserve in Quinault, Washington.

Barb Linnett, who serves on the parks committee, credited the Cannon Beach Public Works Department for the base on which it stands.

Around the campfire, Cannon Beach officials and tribal representatives gathered in the mid-afternoon sun. Capoeman sang a traditional Quinault melody while beating a drum to herald the installation. He described how travelers would arrive in their canoes singing, voices identifying their people to the residents of NeCus’ village.

The Quinault Indian Nation, which consists of the Quinault and Queets tribes and descendants of five other coastal tribes, were among those visitors, according to author and research professor Doug Deur.

“People would stop here as they were going on canoes along the coast,” Deur said. “It’s a place that is not easy to get in and out of by canoe, but it’s also an important place.”

Deur described the waters past Tillamook Head as unforgiving. Paddlers “would build up the energy and get prepared for going around that big headland of rock, and come in here,” he said. “We had travelers going up and along the coast and stopping at this place. People paddling here from all over, to gather, to rest, harvest resources together — often not even speaking the same language but able to find common interests, common ground and common vision. We know this place continued to be important through time. I’d like to think that provides inspiration for what we’re doing right now.”