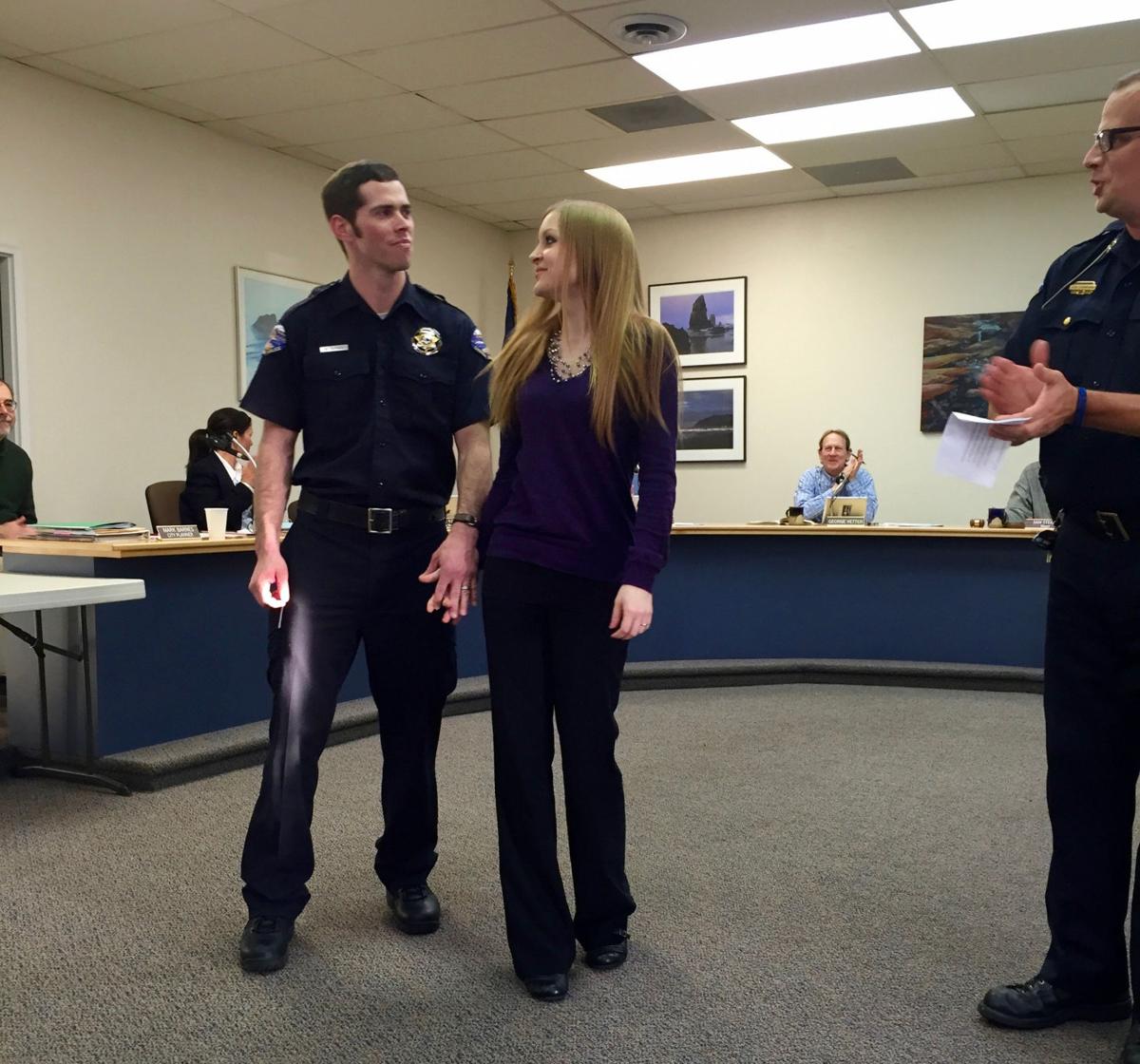 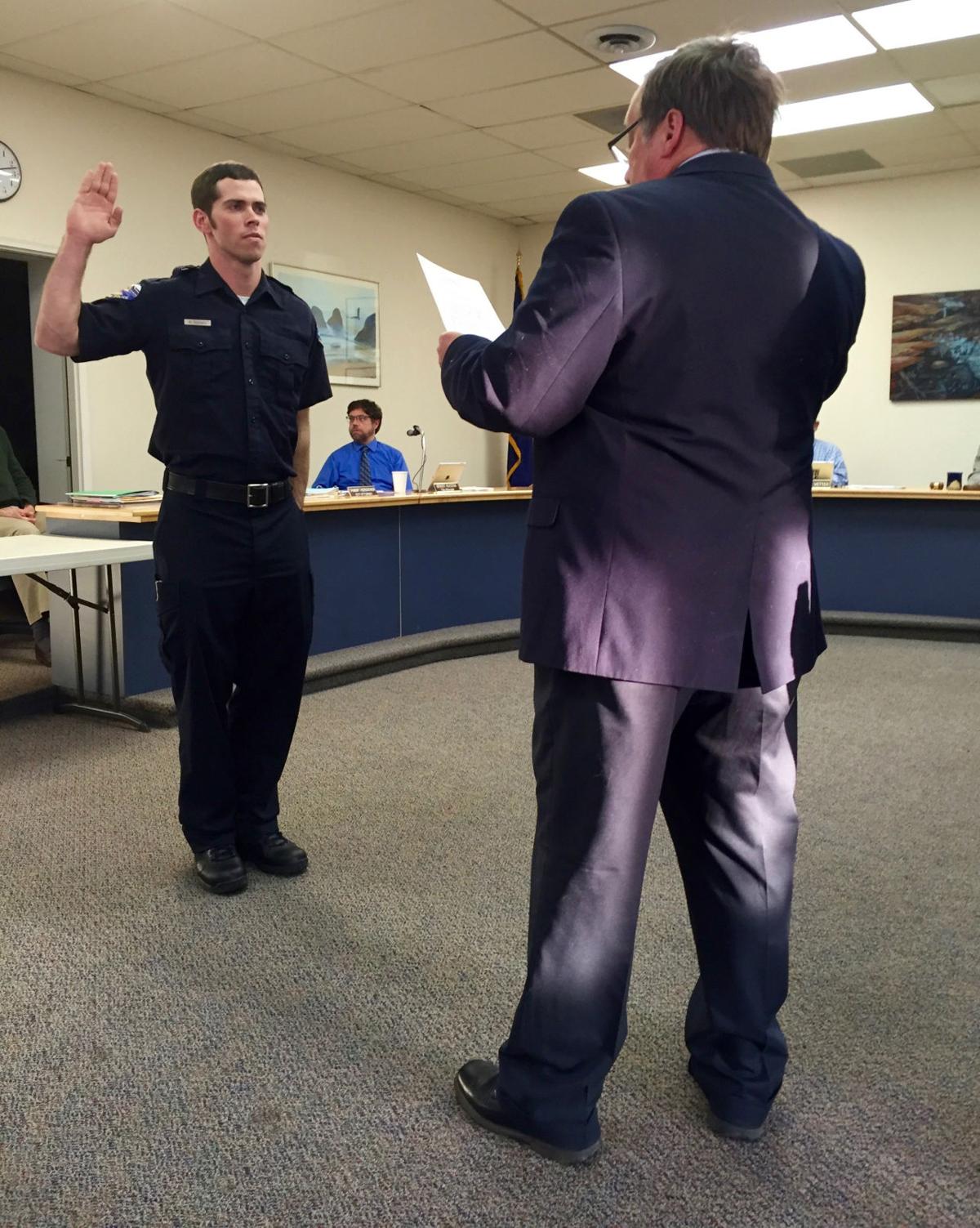 CANNON BEACH — Matthew Nunnally recently returned to the Oregon Coast after a decade serving in the U.S. Marine Corps and attending college in California.

He is now four weeks into his job as Cannon Beach’s newest police officer.

“I’m very grateful for this opportunity and humbled to be here,” he said. “I love this community, always have. I’m just excited to make my career here and my family’s really excited.”

Nunnally, 27, served in the Marine Corps for four active years and eight years total, conducting military operations in eight countries, including Afghanistan. During his time as a Marine, he also went to countries like Singapore, Germany, Ireland, Bahrain, Kuwait and Djibouti.

Growing up, the Astoria High School graduate had the goal of joining the military and then becoming a police officer. He has also worked with the Astoria Fire Department.

“I’ve always stood for justice and standing up for others,” he said. “I grew up wanting to serve the country and then the community.”

At his new job, he is learning “a whole new set of skills,” including various legal aspects, violations and policies, and a different radio alphabet, since the codes used on the police department’s radio differs from those he used in the military.

“Out of everything I’ve done, police training is the most pressure I’ve felt to do it right and succeed,” he said.

While military training was separate from operations and more extensive, with an emphasis on “mind over matter,” Nunnally said law enforcement training must be picked up quickly and on the job. “There’s a lot more pressure to make sure you’re actually doing it right a lot sooner than you were in the military, because of the immediacy and reality of the situation,” Nunnally said. “You’re basically on deployment every time you go to work, versus in the military you do a bunch of training and then you go deploy and do the real thing.”

Police officers not only search and assess threats but also evaluate code violations and ordinances, he said.

“There’s so much multitasking. I love it,” he said. “It’s a really neat experience.”

Nunnally is no stranger to multitasking. While going to college in California, he ran a small fugitive recovery business with five employees, contracting through various bail bondsmen to find people who skipped bail.

“That was my first time tangibly working with civilian law enforcement,” he said.

He received an associate’s degree from Saddleback College and a bachelor’s degree in psychology from Azusa Pacific University. While juggling academics and a small business, he played football, track and field and rugby.

“All of my previous experiences are absolutely helping me,” he said, “everything from education to my real-world experience.”

In California, Nunnally felt a pull to move back to his hometown.

“I missed the coast so much,” he said. “I was grateful and excited to move back home.”

“My son just loves sword fights and battles all day. I call him my little Viking,” he said. “My daughter is a sweetheart. She’s into mermaids and unicorns right now. It’s a lot of fun. We do everything from hiking and going up in the woods to going to the arcade and the beach.”

After coming back to Clatsop County after years of living elsewhere, Nunnally noticed an increase in drug problems, one issue he wants to hone in on during his time as officer.

“I absolutely want to get drugs off the street and enforce that because that’s something that is very impactful on the community and families,” he said. The problem is personal for him.

“It seems like a lot of people I went to school with are really struggling (with drugs) and that is really unfortunate. I’ve noticed that it’s impacted a lot of really good families.”

Fittingly, Nunnally has begun field training with Officer Josh Gregory who, along with K-9 dog Gunner, is involved in drug enforcement.

“It’s been awesome getting to work with him and Gunner,” Nunnally said.

In between his five weeks with Officer Gregory and training with other officers, Nunnally will go to the police academy later this month for 16 weeks, where he will receive his certificate.

“I’m excited to be working for Jason (Schermerhorn),” he said of the department’s police chief. “He’s really done a lot of amazing things, not just for the department here but the whole community and is very involved.” Though he hopes to eventually obtain a master’s degree in marriage and family therapy, Nunnally said he is committed to having a long career at the department. “This is the department I thought I was going to have to work somewhere else for five to 10 years, get experience and then make a lateral move over here,” he said. “Now I get to actually start where I wanted to end up.”