Lynne Morgan, right, an attorney for Jessica Smith, sits during a hearing at the Clatsop County Courthouse on Wednesday. 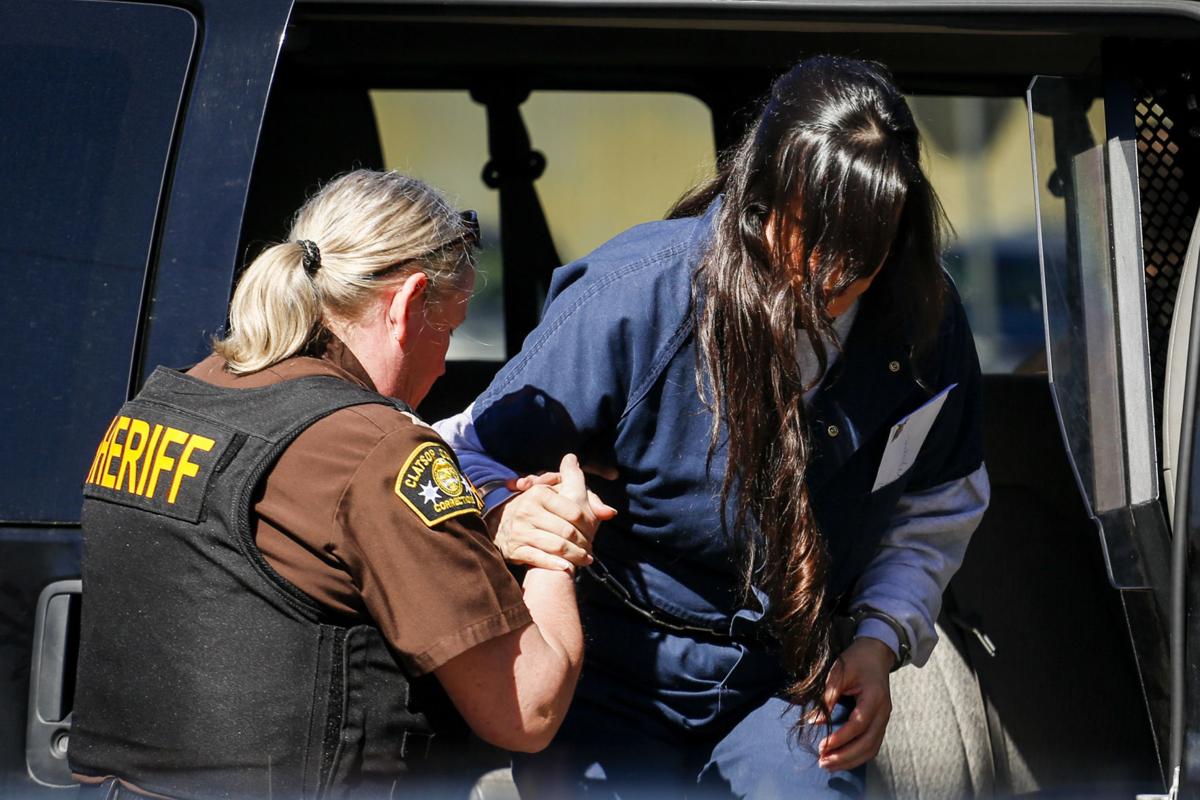 Joshua Bessex/The Daily Astorian Jessica Smith is led into the Clatsop County County Courthouse for a status hearing on Wednesday. 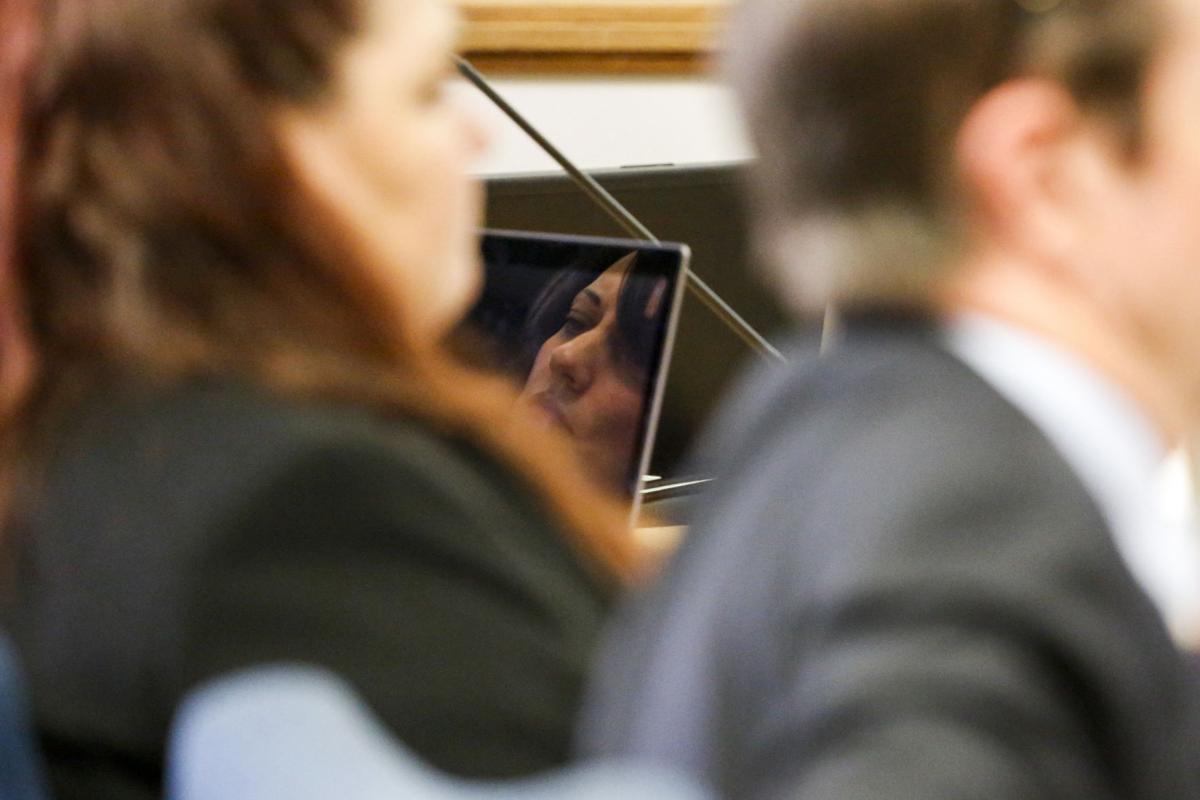 Jessica Smith sits during a status hearing on Wednesday. 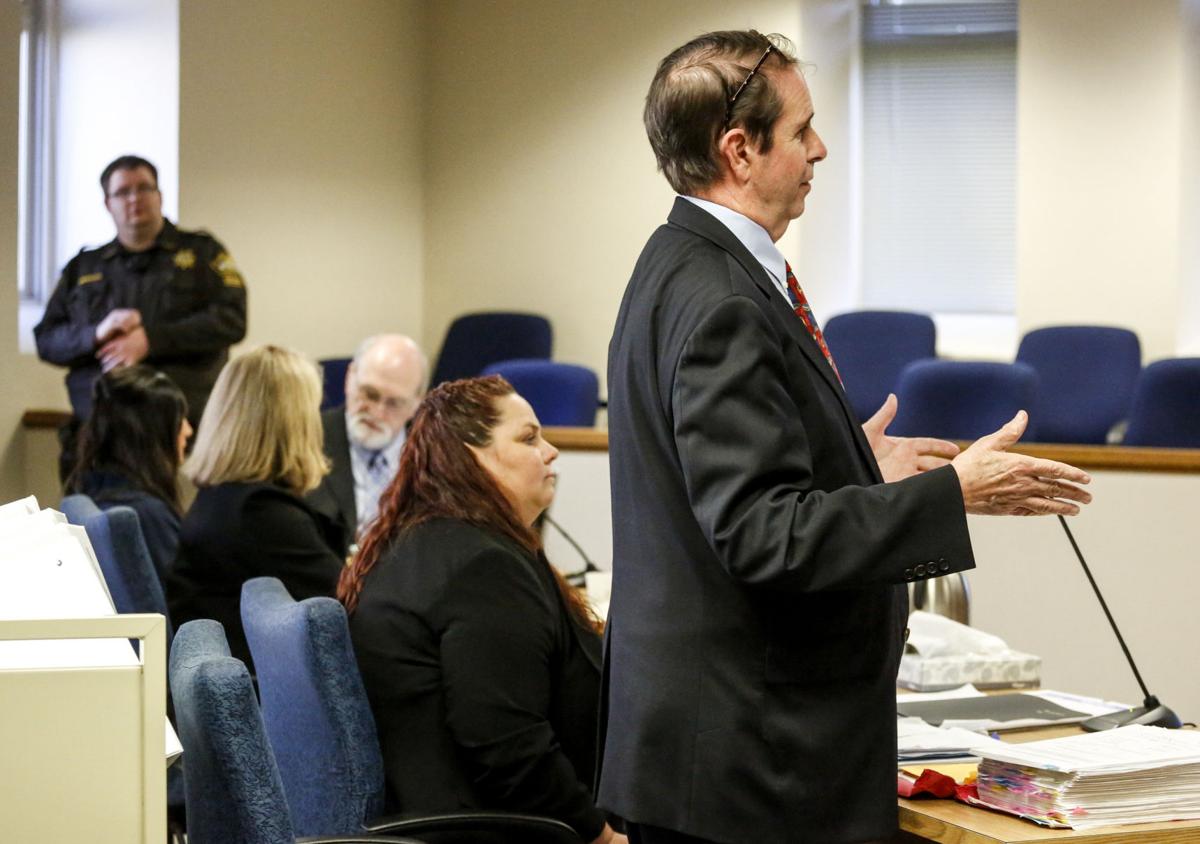 Prosecuting attorney Josh Marquis speaks during a hearing for Jessica Smith at the Clatsop County Courthouse on Wednesday.

Lynne Morgan, right, an attorney for Jessica Smith, sits during a hearing at the Clatsop County Courthouse on Wednesday.

Joshua Bessex/The Daily Astorian Jessica Smith is led into the Clatsop County County Courthouse for a status hearing on Wednesday.

Jessica Smith sits during a status hearing on Wednesday.

Prosecuting attorney Josh Marquis speaks during a hearing for Jessica Smith at the Clatsop County Courthouse on Wednesday.

A court-appointed psychologist found accused murderer Jessica Smith suffers from post-traumatic stress disorder, but could not determine if she is mentally unfit to stand trial.

Judge Cindee Matyas agreed Wednesday, March 30, to delay Smith’s trial, which was scheduled for this summer, until June 2017, as defense lawyers and prosecutors continue to argue over her mental state.

Psychologist Brooke Howard was hired to independently evaluate Smith based on her lawyers’ claims that she is unable to aid and assist in her own defense.

The defense believes Smith suffers from a mental disease, while prosecutors think she is faking. A contested aid and assist hearing is set for April.

Marquis described the psychologist’s report as a “giant shrug” since there were no clear findings.

The report could not conclude whether Smith is unable or unwilling to aid and assist, he said.

In addition, the report suggests postpartum post-traumatic stress disorder. Marquis said he is unaware of any treatment for that disorder.

William Falls and Lynne Morgan, Smith’s defense lawyers, requested the trial be delayed since they claim the case cannot move forward until the issue of her ability to aid and assist is settled.

Matyas agreed and pushed the trial to June 2017, nearly three years after the alleged crimes. Smith, 42, is accused of drugging and drowning her toddler and attempting to kill her teenager in a Cannon Beach resort on July 31, 2014.

Before the contested competency hearing next month, Smith will undergo a Minnesota Multiphasic Personality Inventory test. The test will not determine her ability to aid and assist, but Marquis requested the test because it is meant to show if Smith is faking her mental disease.

In her report, Howard suggested Smith be sent to the Oregon State Hospital for further evaluation. The defense supports the recommendation and believes there is no need for a hearing next month.

“Let’s err on the side of caution,” Morgan said. “Let’s send this woman to the hospital to be observed, to be treated, to be made competent.”

Marquis warned against an indefinite stay at the state hospital. The clock starts ticking, he said, and after three years the defense can move to dismiss the entire case.

Ultimately, Howard’s report says it is up to the “trier of fact,” or the judge, to decide if Smith is fit to proceed based off of expert findings.

Judge Matyas previously stated she has not observed any unusual behavior from Smith in court, but ordered the independent evaluation after considering a defense expert’s claims that Smith has severe mood changes, abstract thinking and reasoning and untreated mental health issues.