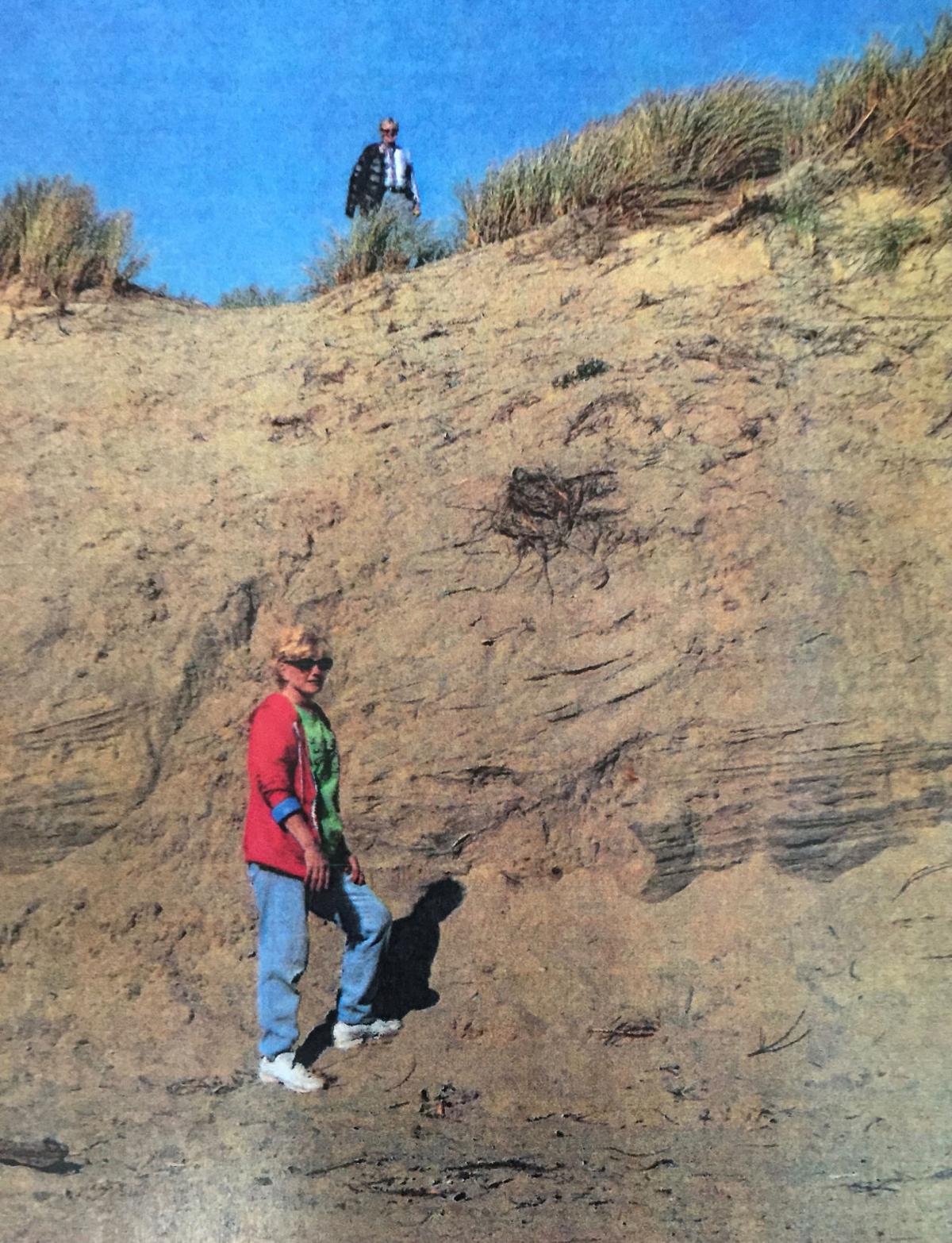 Janet Patrick stands in the dunes near Breakers Point. 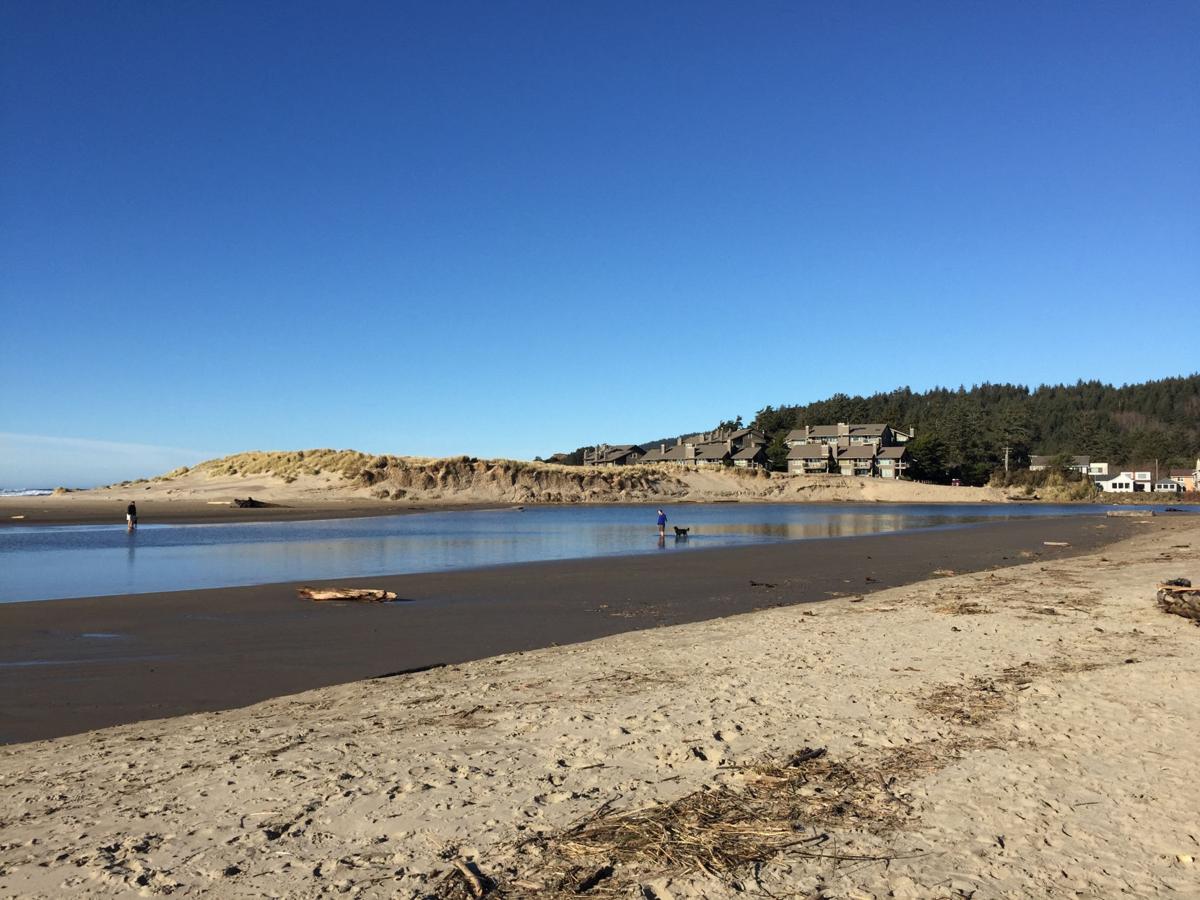 Janet Patrick stands in the dunes near Breakers Point.

CANNON BEACH — The dunes are too high and need to be graded, representatives from Breakers Point condominiums have told the Cannon Beach City Council.

“We had a great view of the beach up until about 15 months ago,” Breakers Point property owner Frank Patrick said. “You can’t even see the water anymore. It’s about 45 to 50 feet high.”

Sand has continued to build in the past few years and Breakers Point is unable to maintain four beach access points now covered in sand, Patrick said.

The City Council approved the association’s modification of its conditional use permit. The association’s permit allows for grading 1.42 acres of about 13,700 cubic yards of sand from dunes west of the condominiums. Before grading starts, the permit must be approved by the Oregon Parks and Recreation Department.

The City Council and Planning Commission approved the association’s conditional use permit last year. However, the state denied the association’s permit request in May, partly due to its unique revegetation plan using native dune prairie plants. The native planting plan was “experimental,” according to the state, and might not minimize potential ocean erosion and flooding.

Representatives of the Breakers Point Homeowners Association said they accepted the state’s decision and sought approval to move forward with a European beach grass revegetation plan, though the grass has contributed to dune growth.

Breakers Point planning consultant Mike Morgan had the idea to use native plants.

“Breakers Point is happy to go along with whatever recommendations come out of the sand management study when it is completed,” Morgan said. “But we recognize that implementing policy changes for the sand management program could take a couple of years. Since we got our initial use application prior to the moratorium, we feel it is appropriate for us to go ahead.”

“We’re seeking to do what’s right for the public,” Patrick said. “For some reason, these have become holy dunes.”

“The problem is, the longer you wait to move the sand, the more sand that has to be moved and the more aggressive you have to be,” he said. “We don’t want to be removing large amounts but we have not shifted any sand since 2010.”

While the appeal’s proponents discussed the dunes’ size and safety hazards, opponents asked the association to wait to grade until the city’s new sand management plan is in place.

“We continue to believe that there can be compromise here, if the Breakers Point Homeowners Association will recognize other points of view and be willing to collaborate with groups like Friends of the Dunes and Oregon Coast Alliance to create a solution we can all live with,” Harrison said. “Please consider the greater good of all Cannon Beach citizens and Oregonians here and don’t allow a few condo owners with a view problem to dictate how our state-owned land is managed and enjoyed.”

In 2014, the city denied the association’s request to grade about 74,000 cubic yards of sand, in phases, from dunes in front of the complex.

Letters to the city from Friends of the Dunes and Oregon Coast Alliance emphasized that the dunes are state-owned public lands, and denounced the size of the request and the association’s failure to provide post-grading reports.

Resident Jan Siebert-Wahrmund also asked that the association wait until after the sand management plan is finished.

The scientific component of the sand management study is in its final phases and could be ready by the end of the year, though the study’s policy component is still getting started.

“We’re still six or eight months out before you have that plan in front of you,” City Planner Mark Barnes said.