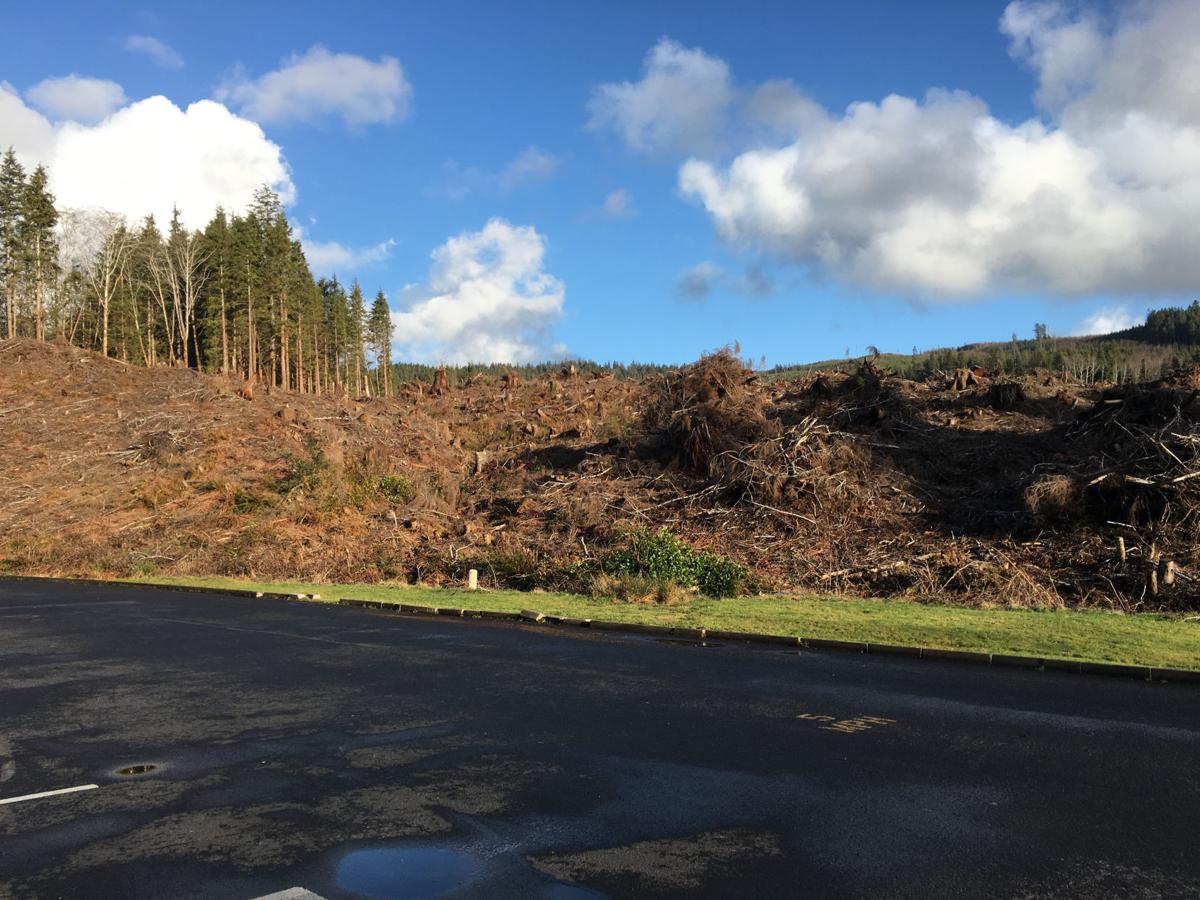 Land cleared at the site of the new district campus. 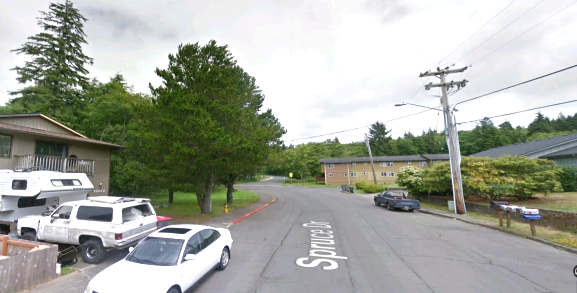 Spruce Street, providing access to the new campus, as shown in a district planning document. 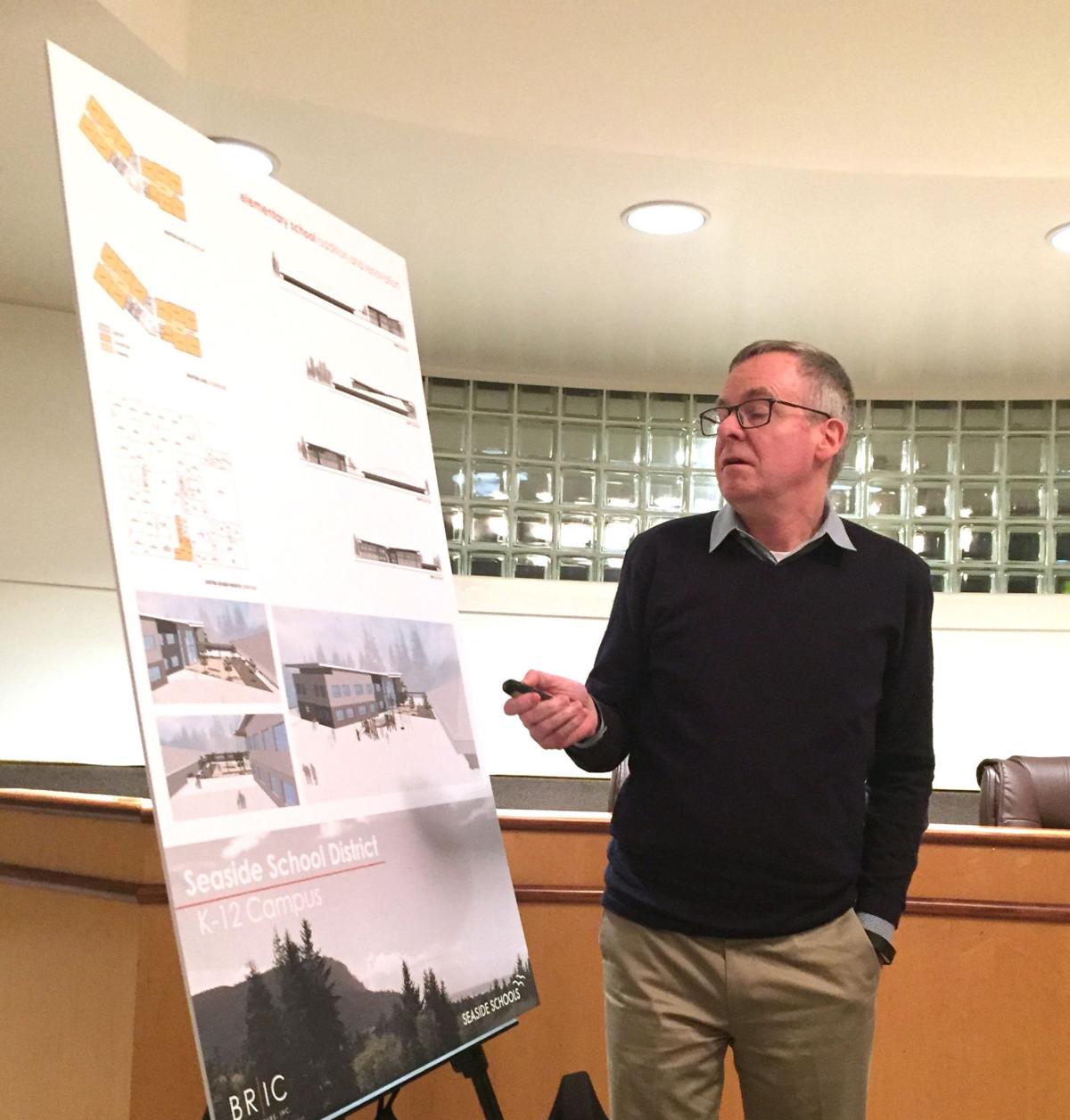 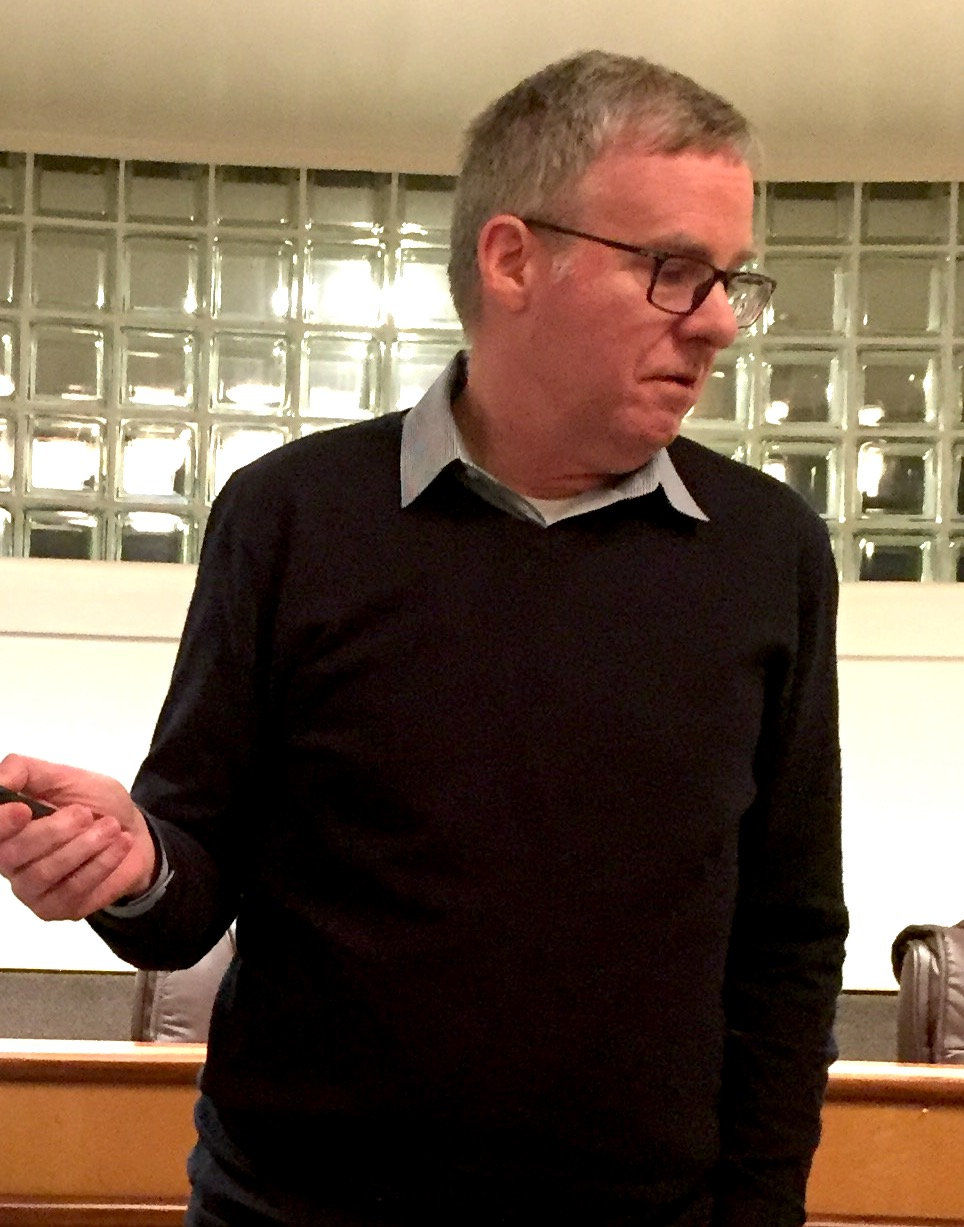 Land cleared at the site of the new district campus.

Spruce Street, providing access to the new campus, as shown in a district planning document.

SEASIDE — School district consultants walked planning commissioners through designs for the new school campus in the in the Southeast Hills.

One thing is certain: the school will have a magnificent view.

Some of the plans are dictated by the site itself, located on land south and east of the current Heights Elementary School. “It’s a difficult site, but it’s not impossible,” Public Works Director Dale McDowell said.

The shape of the location — including lane width and parking — is mandated by the fire department,

“When they pull a truck in, they’ve got to be able to pull their hose 175 feet,” McDowell said. “They’ve got to be able to get to both sides of the school. We’re working with the school district and the fire department to make sure we get that right.” Remodeling and additions to the Heights Elementary School will house the district’s elementary school population of 730 students, architect Dan Hess told commissioners.

A track and football field with striping for soccer, road links for two sites, parking and a stormwater detention basin were also presented.

Because of slope, the west side of the campus will stand three stories and the east two stories. The upper floor will house classrooms, the cafeteria and the music program. The cafeteria will be divided to separate high school and middle school students. The space could be also transformed into a performing arts space, he added.

A sports field would be the only athletic outdoor playing area, intended for practice and physical education.

Varsity teams will continue to compete at Broadway Field.

The site would also be a collection area for residents in case of an emergency, including an earthquake or tsunami.

The new school will be hooked to a generator in case of outages, McDowell said.

Added emergency access comes from a former logging road behind the campus.

A “closed campus” may not please students, Roley said, but it will help keep traffic down on roads to school. “This is not an appropriate site for them to be leaving midday,” she said.

At the current site, there are 17 exits and many ways to access area roadways. At the new campus, there will be only one.

Families of two or three kids will be able to travel to the same school, reducing traffic to the campus, he said.

The district will have about 330 parking spaces in the new campus, including spaces already designated at the Heights. Overflow parallel parking will be available along roadways for special events.

The site is “being built for growth,” Roley said, who said the district expects steady, modest growth in years to come. The campus, currently at 1,500 students from K-12, will be built to accommodate 1,700.

“Our consultants felt the meeting went very well,” Roley said Wednesday. “We thought it was worthwhile for us and the city as well. We continue to have ongoing partnership with the city staff and it was nice to bring that all to the table have the commissioners looped in so they don’t get all this information in a notebook and looking at it for the first time.”

School district consultants and officials will share plans with the public Jan. 24 at 6:30 p.m. in Cannon Beach at the Cannon Beach Chamber of Commerce, 207 N. Spruce. A Spanish presentation takes place Feb. 6 at 6:30 p.m. at Broadway Middle School, 1120 Broadway.