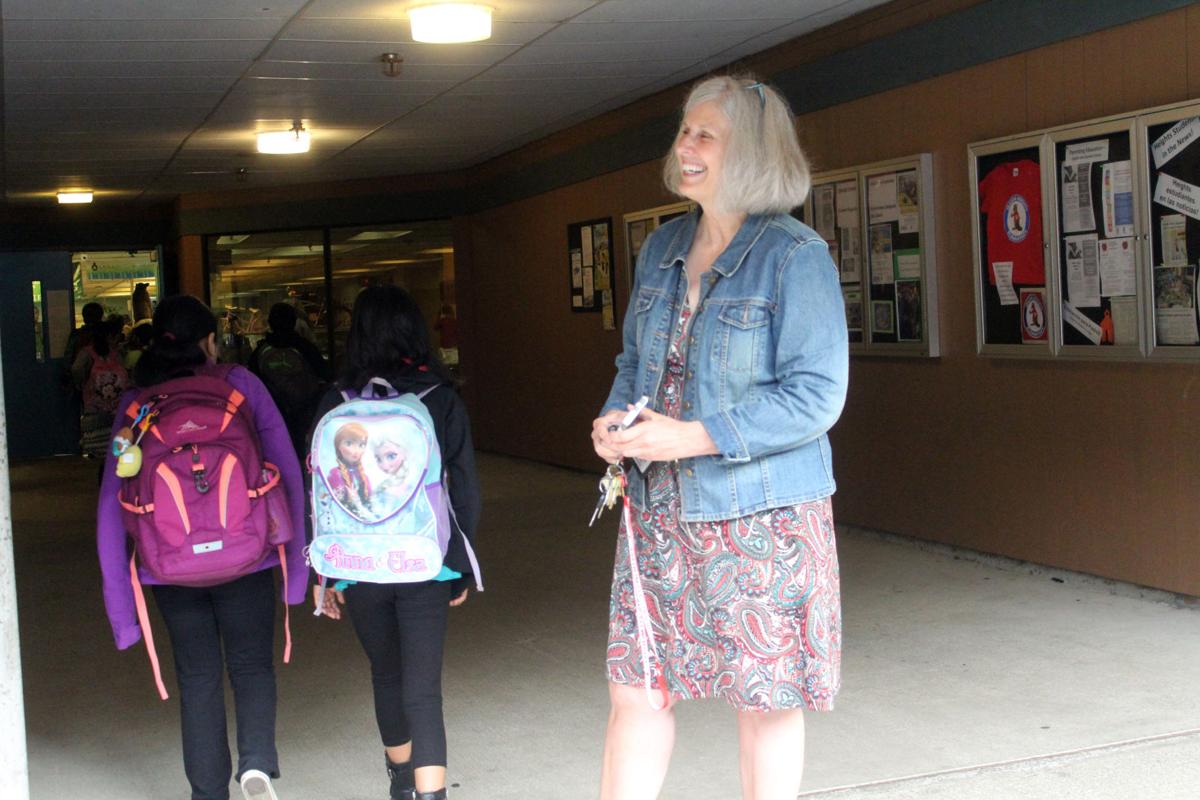 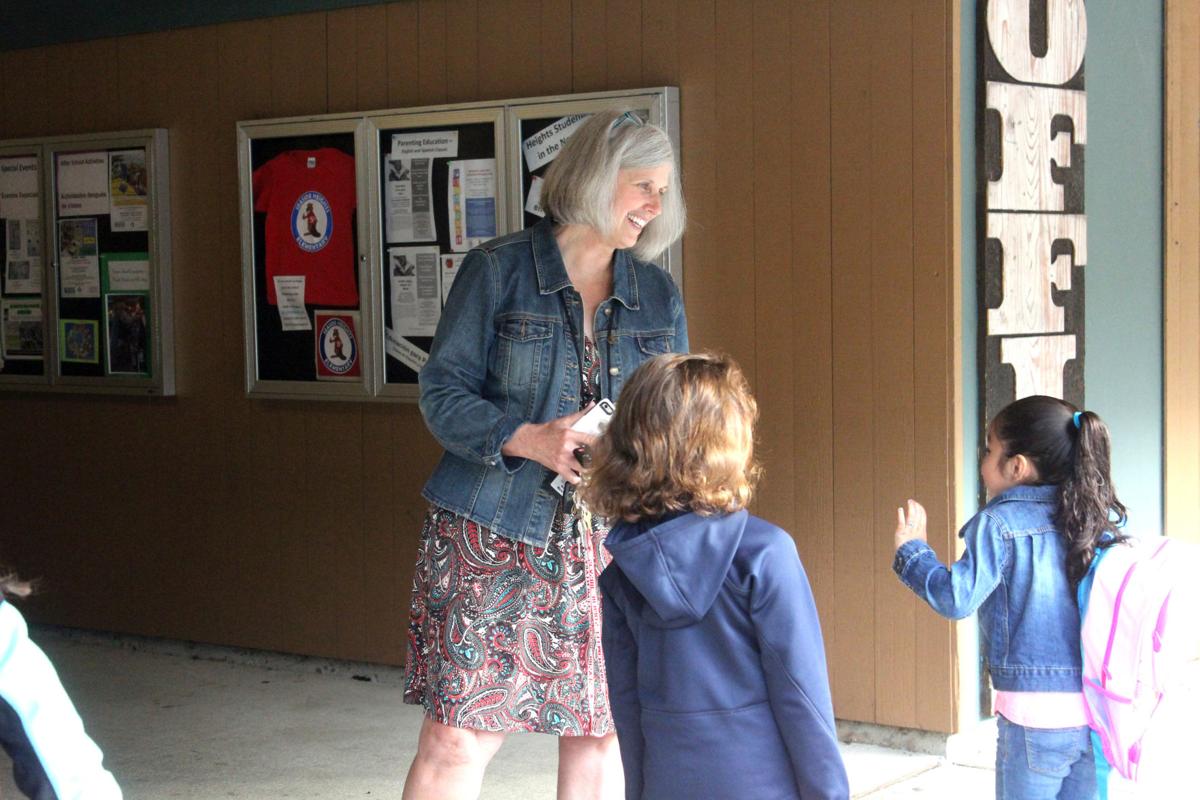 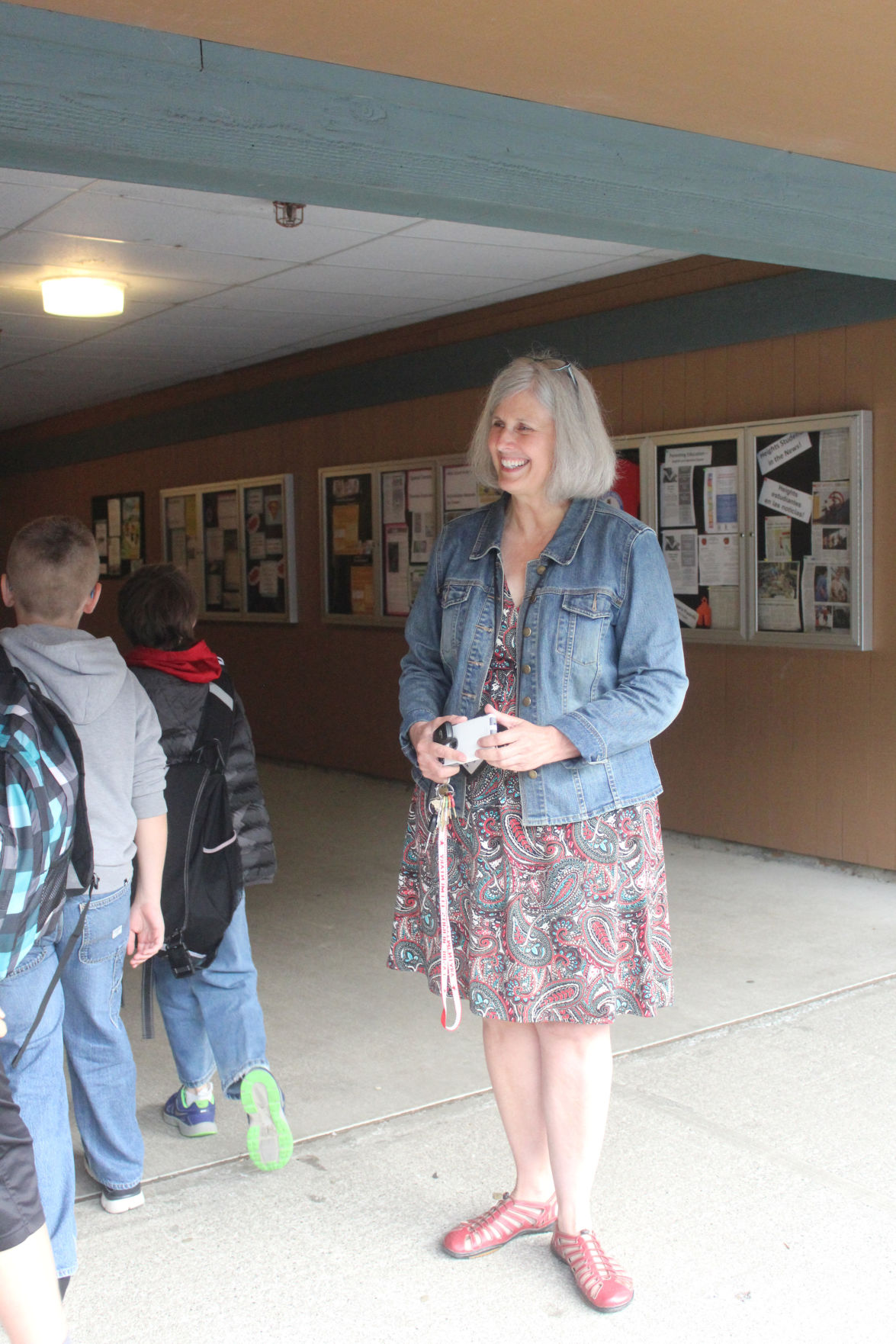 It is a typical midweek morning, and Seaside Heights Elementary School Principal Sande Brown is stationed at her habitual post outside the main entrance to smile, wave and converse with students as they disembark from buses and cars and trek into the building.

“The best part of the day is greeting kids as they come to school,” she says.

During the past two and half decades, her place — the place she worked, loved, invested her time and developed professionally and personally – has been in the halls of Seaside School District schools. After the 2015-16 school year, the curtains will close on that stage of her life when she retires.

Reflecting back on her career, Brown said, “I think the thing I’ve enjoyed the most is working with children and families to make their lives better, and that could be in a variety of ways.”

With emotion, she explained her role of guiding students and working alongside families as they wrestle with various issues and challenges and successfully come out the other side.

It is evident the time has come for retirement, she laughed, “When you get sentimental about things like that.”

According to Superintendent Doug Dougherty, “Through her inspiring leadership and advocacy for students, a culture of learning and growth has been established throughout Sande’s career.”

“She works with her teachers, parents and support staff to make sure students’ needs are met and each student has a safe, caring and effective learning environment,” he added.

As for Brown, she looks forward to having additional time for her recreational pastimes, such as kayaking, hiking and skiing. However, she also imagines both she and her husband, Mike Brown, who also is retiring from Seaside High School this year, will want to continue working part-time or investing some hours into education.

“I don’t think we’re done contributing to that field,” she said.

Education was not Brown’s original career choice. She first received a degree in parks and recreation from Central Washington University. She planned to settle down in central Washington.

Brown attributes her original employment goals and ideals to growing up in the 1960s and 1970s, when career options for women were limited. In the following era, with its expanding horizon of gender equality, Brown wanted to grasp new, burgeoning possibilities. She spent time as a forest firefighter and a Washington State Parks employee, among other jobs. She was uncertain about teaching as a profession because it seemed too “clichéed.”

“I didn’t want to be teaching, because that’s what women typically had done,” she said.

When her husband took a job at the high school, the couple moved to Seaside and Brown worked at the Sunset Empire Park & Recreation District for a few years. While there, she soon discovered she favored the aspects of her job that related to education, such as teaching classes.

She started taking courses at Clatsop Community College and then finished her teaching degree through Pacific University and by doing a student teaching segment at Banks High School.

In 2002, Brown was hired as the assistant principal at Broadway Middle School. The following year, she maintained a portion of that role while also serving as principal of Gearhart Elementary School.

Brown was the principal of both Gearhart Elementary and the Cannon Beach Elementary School in 2005, before serving solely as the Gearhart principal starting in 2007.

She finished making her rounds of the Seaside schools when she became the principal at the Heights in 2014. In fact, she said, her one “claim to fame” is having worked at every school in the district.

As to which teaching gig was her favorite, Brown said, “I’ve enjoyed them all, and I think that’s the sign of a true educator” — the ability to be comfortable and content teaching any age group.

In 2014 former Cannon Beach students were assimilated into Seaside Heights Elementary School. Having served as the Cannon Beach principal and knowing many of the students and their families, Brown felt poised to lead the two schools’ merging.

“I wanted to be here to help bring everybody together,” she said.

About five years after moving to Seaside, the Browns had the opportunity to move to central Washington when Mike Brown was offered a teaching position there. They chose to stay in Seaside.

Brown can point to several features she values about the Seaside School District: the location, the students, the hugely supportive community, her fellow educators and the good balance between veteran staff and administrators and new faces who bring with them fresh ideas.

“I think that has benefited our district greatly,” she said.

She also has found a variety of opportunities in the district to keep her interested and excited, she said. She is currently director of the district’s English Language Development programs. She also served on the district’s Language Arts Team, which selects and implements new reading and writing courses aligned to the Common Core State Standards, Dougherty said.

Brown is the lone administrator of the largest staff in the Seaside School District. Over the past two years, Dougherty said, she has “successfully brought together employees from three schools to create a cohesive instructional team and strong school identity.”

Educators are becoming increasingly responsible for ensuring students have access to food, clothing and mental and physical health care — all the things that ultimately would affect their learning and well-being. Brown said she believes “it’s definitely gotten to be more stressful for educators.”

She appreciates the support she receives from community members and organizations who run programs that provide children with supplemental clothes and food. She also consistently finds way to collaborate and encourage parents to play active roles in their children’s education, Dougherty said.

From Brown’s perspective, the interactions she shares with fellow educators, students and their families are rewarding for herself, as well.

“I learn every day from my kids and their parents and my staff,” she said.