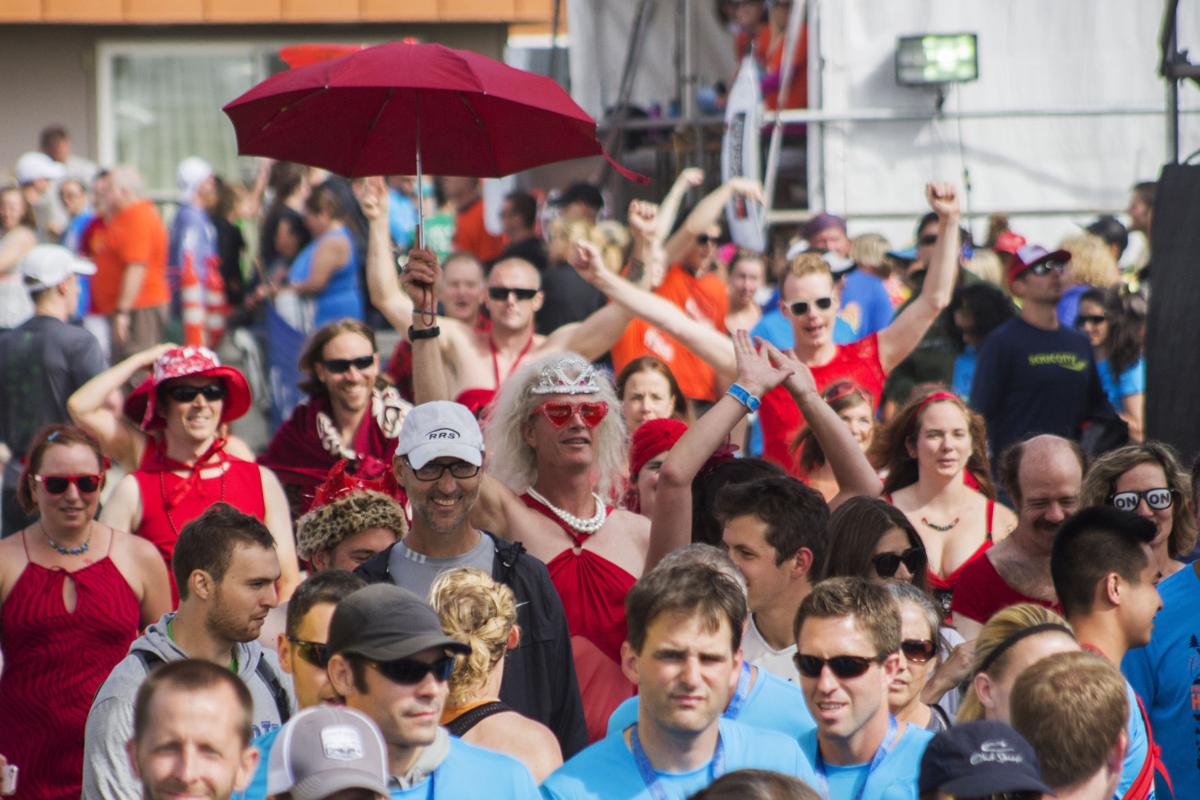 Some Hood to Coast Relay teams got into their costumes more than others. 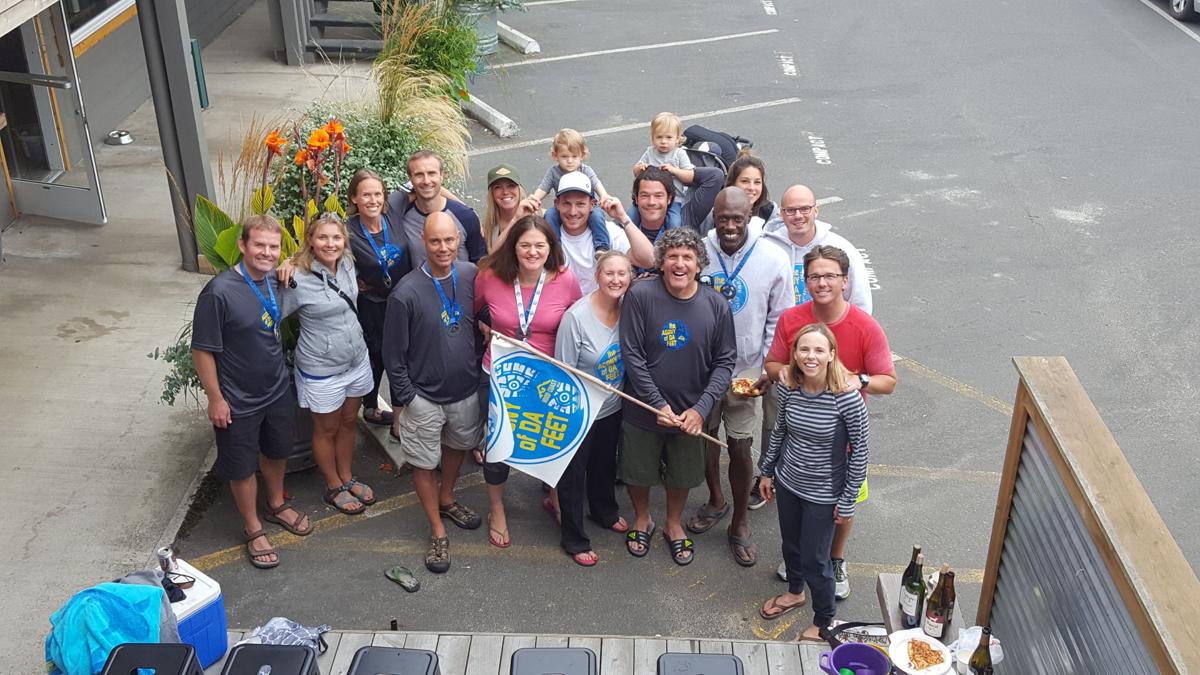 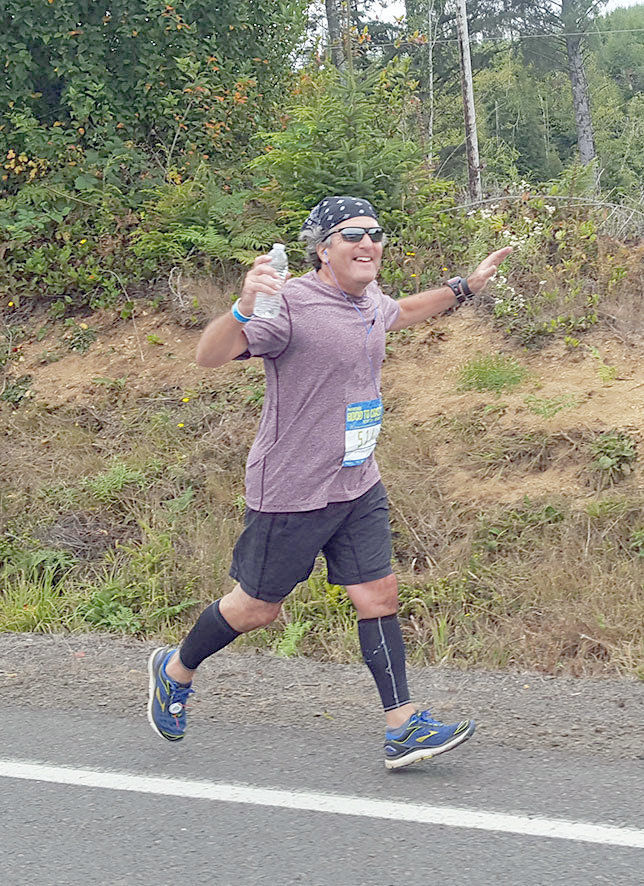 Marc B. Spiegel has participated in the Hood To Coast Relay three times (2014 to 2016), and is planning a book of memories about the event. 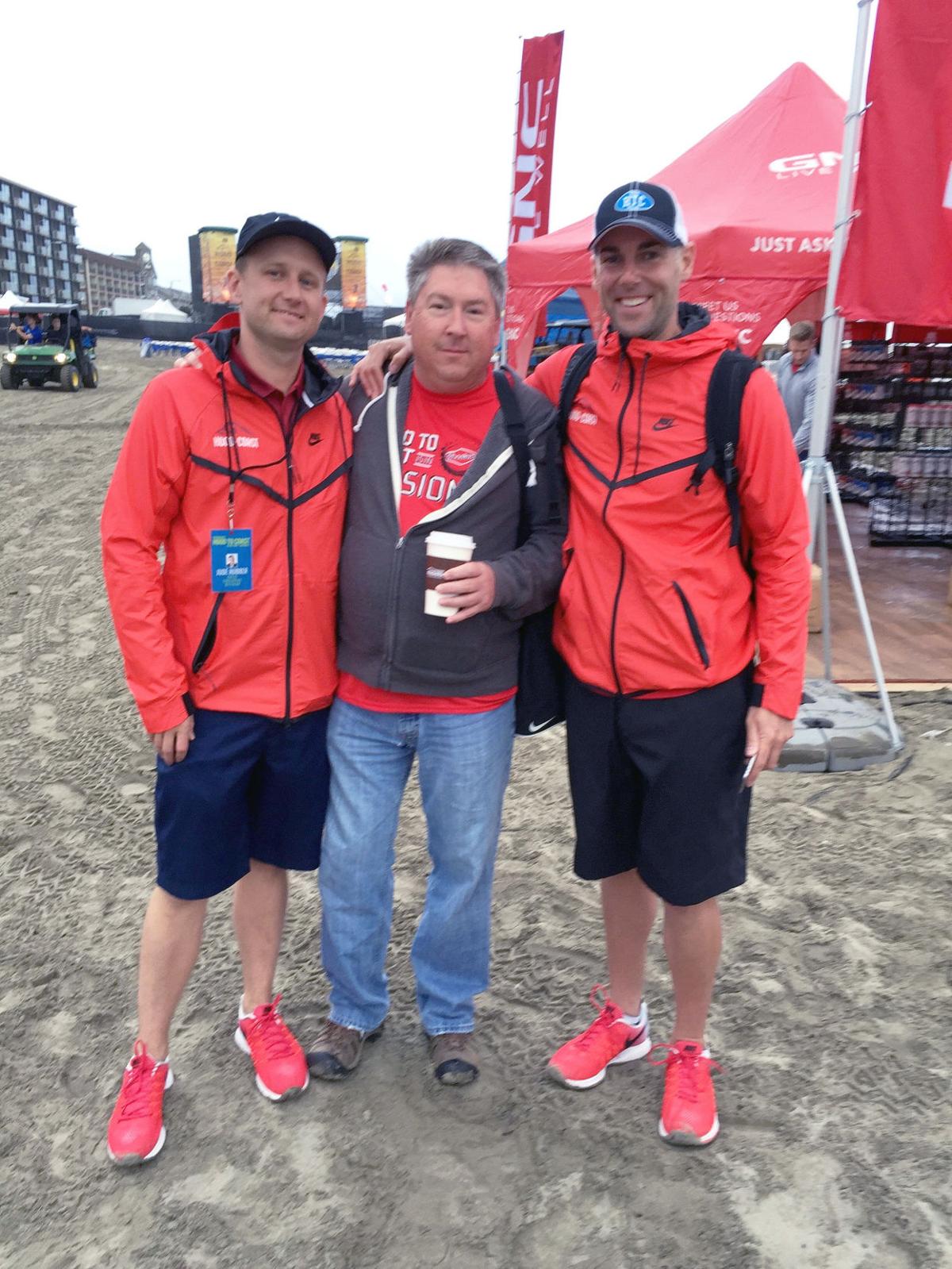 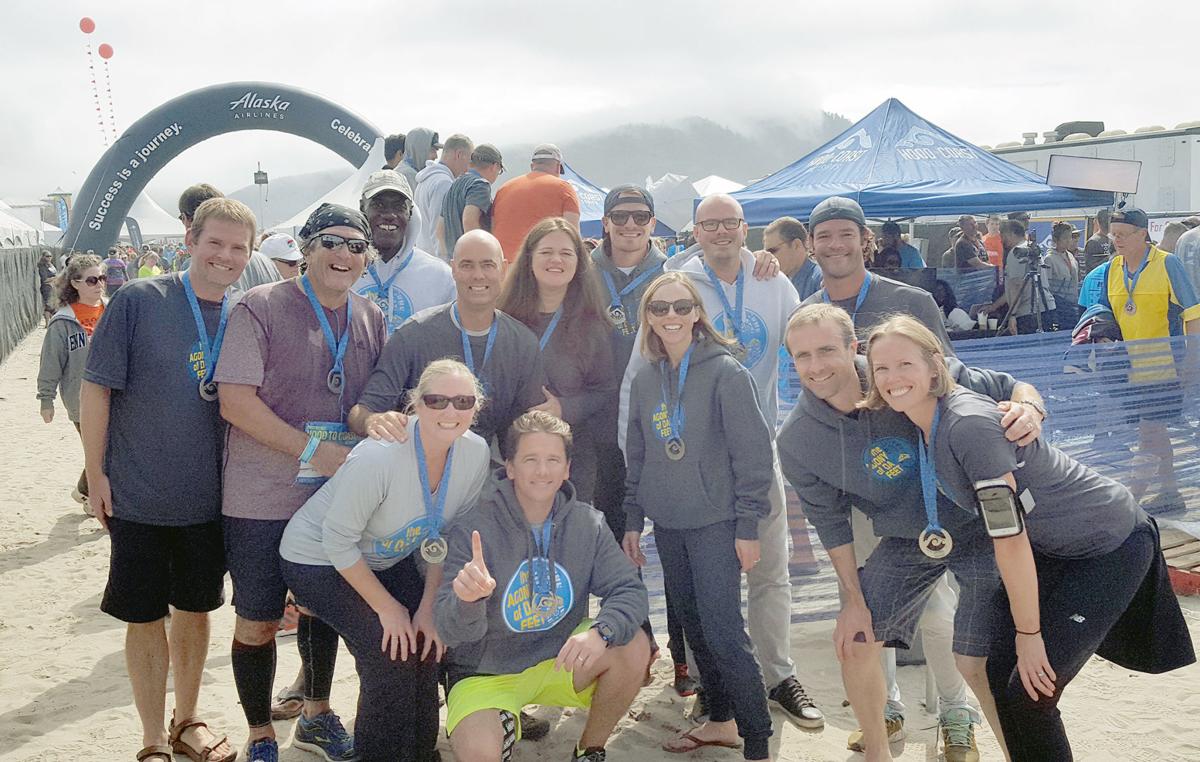 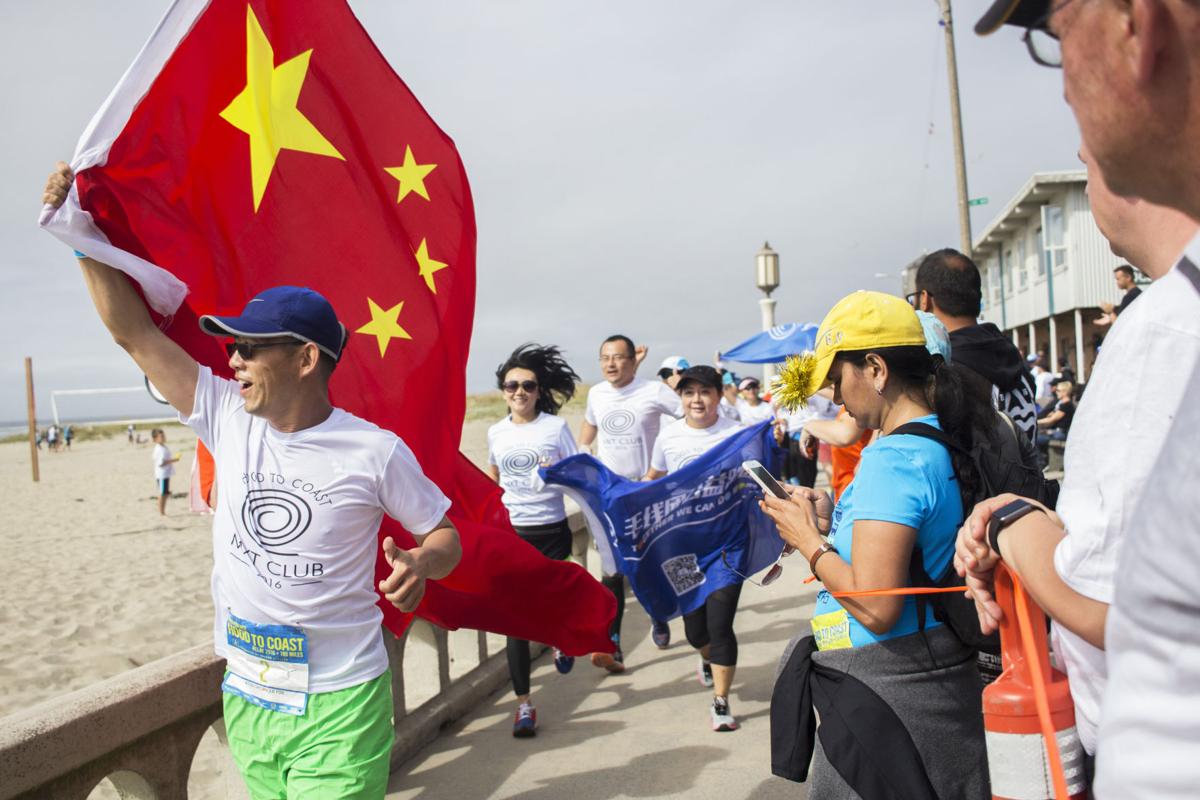 Teams came from all around the world for the Hood to Coast Relay in 2016. The countries represented include China, where Hood to Coast organizers started a sister relay this year.

Some Hood to Coast Relay teams got into their costumes more than others.

Marc B. Spiegel has participated in the Hood To Coast Relay three times (2014 to 2016), and is planning a book of memories about the event.

Teams came from all around the world for the Hood to Coast Relay in 2016. The countries represented include China, where Hood to Coast organizers started a sister relay this year.

SEASIDE — For 35 years, thousands of runners from all over the world came to make memories at the Hood to Coast Relay from Timberline Lodge to the sands of Seaside.

This year, two people, one of whom is a participant himself, is looking to document those memories for a historical book about the event by 2018.

In an effort to capture the character, appeal and personality of the relay that begins at Mount Hood and travels to Seaside, authors Marc B. Spiegel and Art Garner will be at the finish of this year’s event on Saturday to collect personal memories.

“We absolutely are wanting a local feel,” said Dan Floyd, chief operating officer for Hood to Coast. “We’re very excited to have local memories, especially from the coastal area. You don’t have to be a participant to be in the book.”

This will be the fourth year the Providence Cancer Center will be the primary beneficiary of the fundraiser. Floyd said this year’s goal will be to raise $650,000, which would bring the total amount donated to the center since 2013 up to $2.4 million.

The book project started when Spiegel and his team came to compete three years ago from North Carolina. The intention was for the group to try it once to “check it off their bucket list,” Floyd said. But Spiegel fell in love, and after the third year told Floyd about his experience writing “Indy 500 Memories, An Oral History of ‘The Greatest Spectacle in Racing’,” and pitched writing a similar book about Hood to Coast.

This is the second book for Garner and Spiegel, who both have had a longtime passion for racing and writing about it, Floyd said. Their first book sold well on Amazon.

“I thought if he could do something like that for Hood to Coast that would be incredible,” Floyd said.

“It should be an awesome opportunity for us to hear from participants, volunteers, spectators and others about what it means to be a part of this incredible relay race across Oregon,” Spiegel said in a statement. “Being in Seaside at the finish will allow us to collect interesting, unique and fun stories about the event.”

The authors will be on the beach at Seaside all day on Saturday and on Sunday during the awards ceremony. People can submit memories to hoodtocoast.com, Floyd said.

Founder and organizer Bob Foote said he was working with the authors to compile and preserve the many memories made at the event.

“From talking to participants, volunteers, spectators and others every year, I know there’s an incredible sense of camaraderie among those involved in the event, and that many special experiences and lasting memories have been created at Hood to Coast,” Foote said.