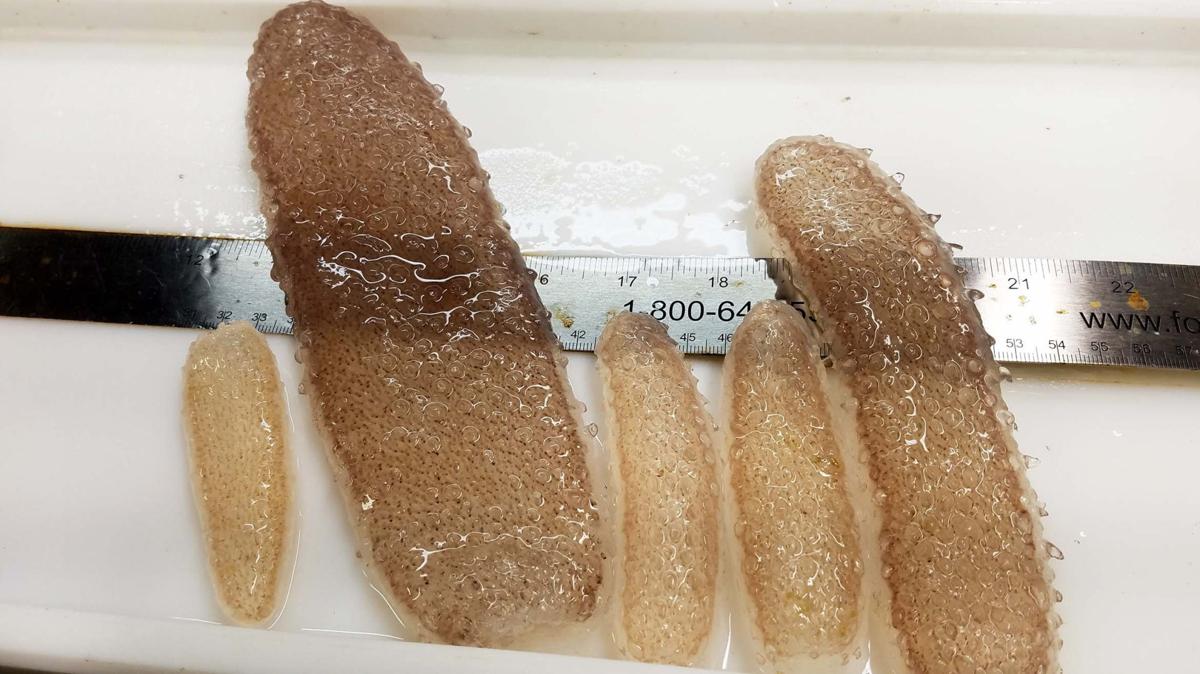 Pyrosomes are made up of individual clones. 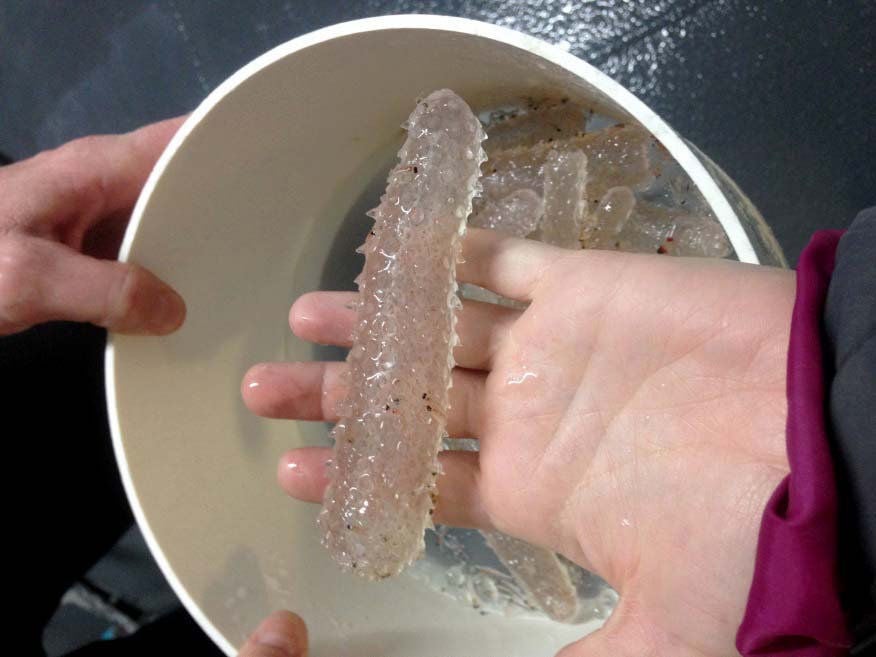 Pyrosomes can be massive. Some can glow. 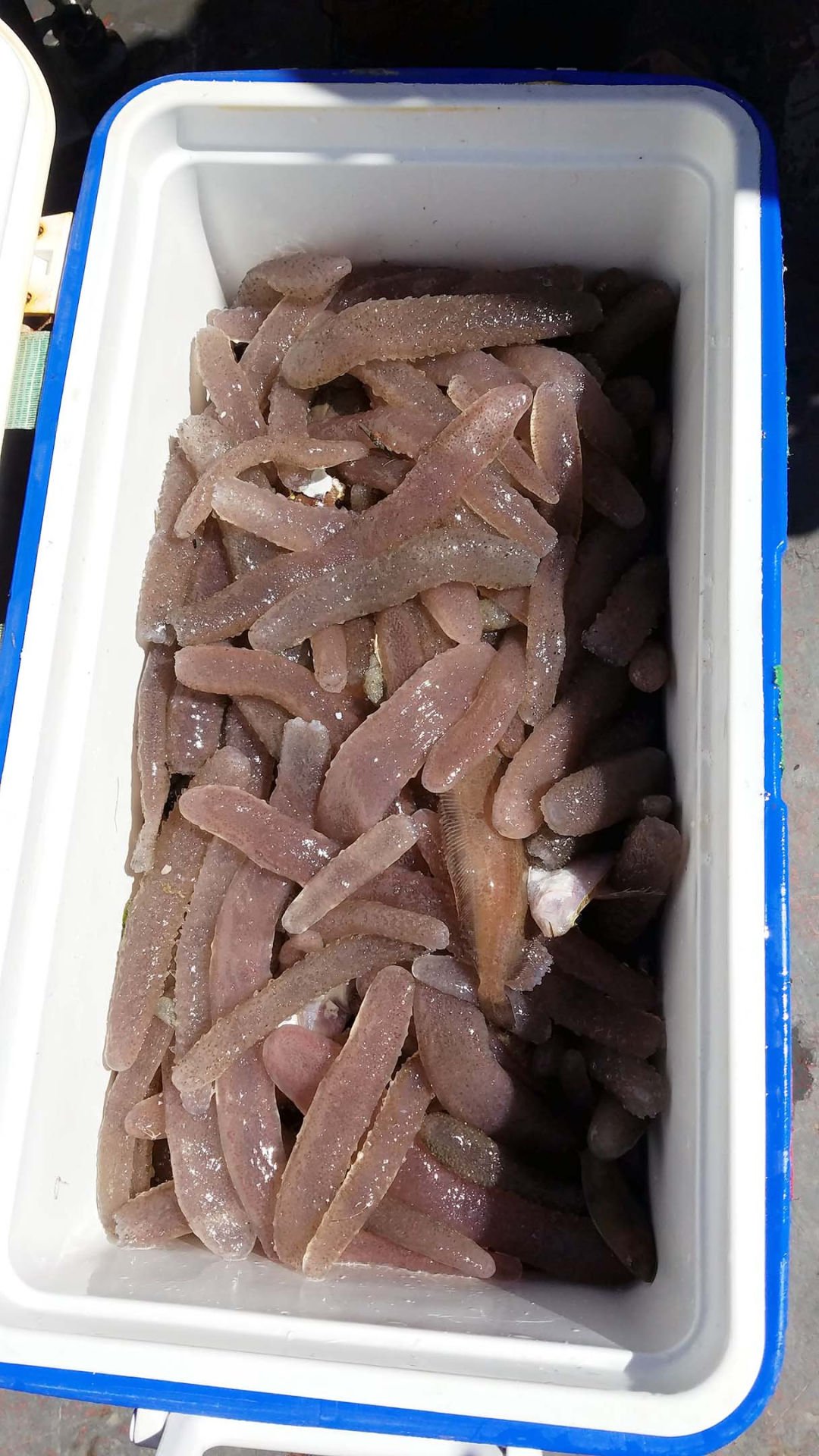 The ocean critters are a pain for fishermen. 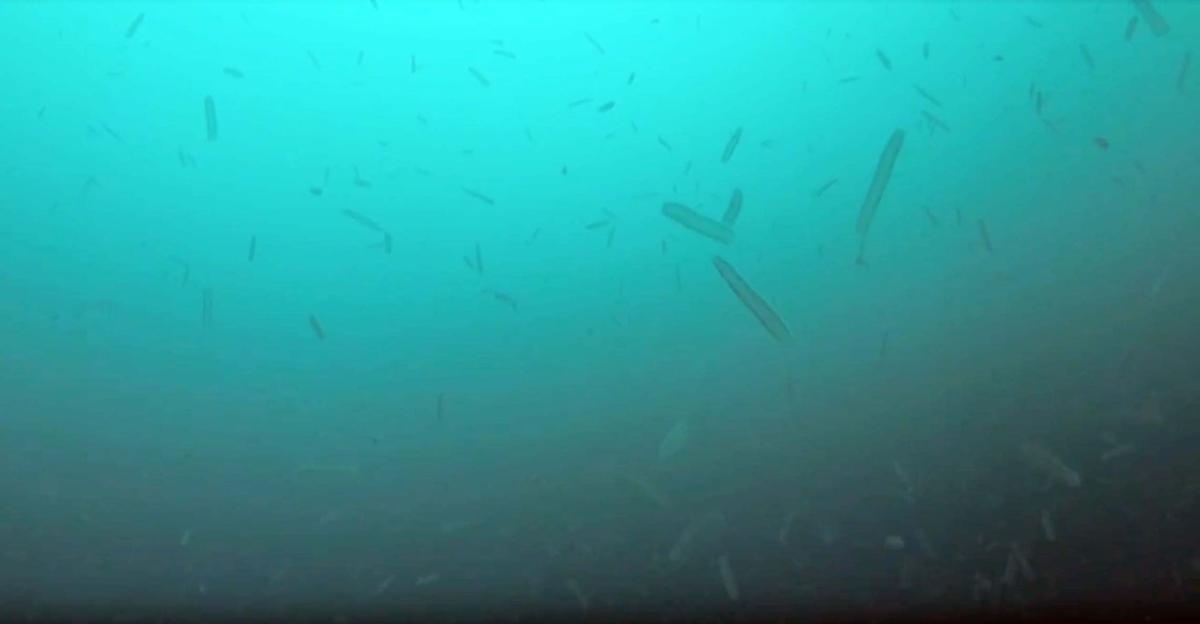 Pyrosomes are made up of individual clones.

Pyrosomes can be massive. Some can glow.

The ocean critters are a pain for fishermen.

A strange organism has taken over the ocean waters off Oregon this spring, clogging fishing and research gear and confounding beachcombers and biologists.

Fishermen compare them to pickles, gummy bears and sea cucumbers. They are the Borg of the ocean, one researcher suggested, referencing characters from the “Star Trek” TV show. They look like “Star Wars” creatures, a biologist said.

They are called pyrosomes, and they are everywhere.

In all his decades doing survey and research work off the coast, Richard Brodeur, research fishery biologist with the National Oceanic and Atmospheric Administration, has never encountered pyrosomes in these kinds of numbers, or really at all. He knew about them, had seen them down in California, but never off the Oregon Coast.

“This year,” Brodeur said, “we must be setting all sorts of records.”

One researcher fixed a GoPro camera to a net and dropped it over the side. It was a glimpse into a familiar world that had become very odd. They saw pyrosomes down to a depth of 100 meters, as far as their equipment could go.

“Watching that footage was eerie,” said Jennifer Fisher, a research assistant with Oregon State’s Cooperative Institute for Marine Resources Studies that work closely with the National Oceanic and Atmospheric Administration, who was on a survey cruise in May. There’s blue water in all directions, shaded turquoise to dark cerulean, “and all you see is pyrosomes.” They seem to hang in the water, like an army. At night, they drifted near the water’s surface. Fisher is pretty sure cockroaches will survive the apocalypse. After this most recent cruise, she added pyrosomes to the list.

“It’s very eerie,” Zeman said. “There’s nothing else. It’s just them, and it kind of never stops.”

“They could just keep going,” Brodeur said. “We have no idea where they end offshore.”

Though it looks like a single creature, a pyrosome is made up of individual clones. Hence the Borg reference, though in the case of the pyrosome, the organism is physically linked unlike the TV characters who are mentally connected. A single pyrosome might contain hundreds, if not thousands of individual animals, said Caren Braby, marine resources program manager with the Oregon Department of Fish and Wildlife. They don’t sting and they can’t bite. They are essentially hollow tubes, filter feeders, and very little is known about them.

They are chordates, Braby said, lacking actual vertebrae — bones that form the backbone — but with the beginning of a spinal chord, Braby said. If you were to compare an octopus or a pyrosome to people, “we’d be more closely related to a pyrosome.”

Elsewhere, pyrosomes can be massive and even display bioluminescence. They glow. This is likely how they got the name “pyrosome,” a combination of the Greek words “pyro” and “soma”: fire body. The organisms off Oregon aren’t quite so magical, possibly because they aren’t consuming the right bacteria, one researcher theorized.

Salmon trollers from Newport to Alaska reported pyrosomes ending up on the end of their hooks. In fisheries, like the pink shrimp fishery where the gear itself is designed to exclude other fish, pyrosomes are the right size and shape to jam up the works.

Shrimper Steve Davis, who runs several boats out of Warrenton, said the pyrosomes can be so thick on the gear that nothing else can get past them. At the very least, they make it so he’s catching less than he should be.

“There’s just so many of them, it’s hard to pick them out,” he said. They range from the size of a pinkie finger to almost a foot long, and they seem to float in packs. If a boat is unlucky enough to hit a patch of them, “you go somewhere else and hope that they’re not that thick,” Davis said.

It can be frustrating, he said, “especially when you know people are catching shrimp around you.”

But the pyrosomes are hard to avoid right now.

For trawlers like Warrenton-based Paul Kujala, the organisms are more of a nuisance than a hindrance to fishing. They’ll clog nets a bit, and when they’re pulled up with the rest of the haul, invariably some will end up in the fish hold.

“And that’s one more thing you don’t want,” Kujala said.

At night, he and his crew have hit patches of water where all they can see, in any direction, are pyrosomes.

“You always see one or two, but never in the numbers that we’re seeing now,” Davis said.

The question right now is, “Why?” Why are they here? What changed? The ocean has been unusually warm for the past two years with weak upwelling winds this year, both factors that could have brought pyrosomes, which seem to favor warmer water, closer to shore. Researchers noted that the change in temperature coincided with an apparent increase in pyrosomes here. But now the Oregon Coast is seeing strong upwelling winds again, and the water is cooling.

“Will they stick around?” Fisher said. She thinks it’s a window of time, a sort of natural experiment that will end soon. The pyrosomes’ absence could almost be more revealing than their presence, said Fisher. This makes the data collected on the survey cruises this spring even more important. Combined with data from previous years, researchers might be able to tell a story. “At least a short story,” Fisher said.

Brodeur, Zeman and other researchers don’t know if the pyrosomes are affecting other animals in the ecosystem. These are organisms that filter very small particles; it’s hard to know if they are competing with other animals for food. But, having them in such high numbers could have important ecological consequences.

“How important are these to the ecosystem?” Brodeur wondered. “How much food are they eating and are they a trophic dead end?” In other words: Where are they on the food chain? His lab is in the middle of analyzing samples collected on survey cruises, looking at links between current environmental conditions and their population boom here as well as their role in the food chain.

At the same time researchers are seeing masses of pyrosomes, they are not seeing other creatures.

“If there’s a positive side to this, the normal jellies that we get, that tend to be a nuisance, we don’t know if they will be here this year,” Brodeur said.

And there are no velella velella, or by-the-wind-sailors, drifting jellyfish-like creatures that sail over the surface of the water. They often wash up in piles on Oregon’s and Washington’s beaches, crisping and turning white in the sun. In recent years, velella velella were so dense out on the ocean that passing boats several times mistook them for sheens of oil and radioed the U.S. Coast Guard thinking a boat had sunk nearby. This year, they are nowhere. A wave of them showed up in February, but since then they haven’t really been seen. Velella velella is a species with ebbs and flows, but in hindsight, Fisher said, their absence is a little odd. “Everything else seems like it’s getting back to normal,” she said. “We have cold, nutrient-rich water, we have upwelling, we’re starting to see krill again. All of these things that have been absent over the last few years, but now we have pyrosomes.”

To learn more about pyrosomes and watch a video of them in the water visit: