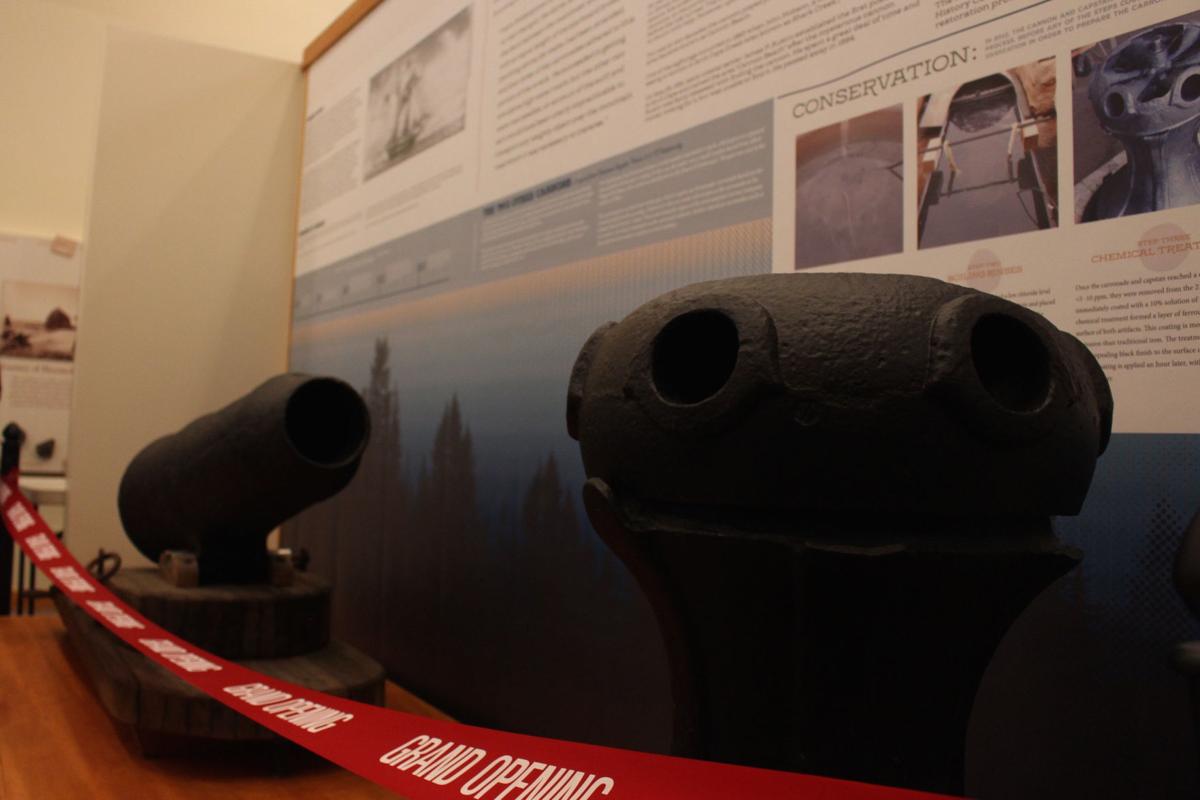 The new exhibit for the Cannon Beach cannon and capstan opened May 20. 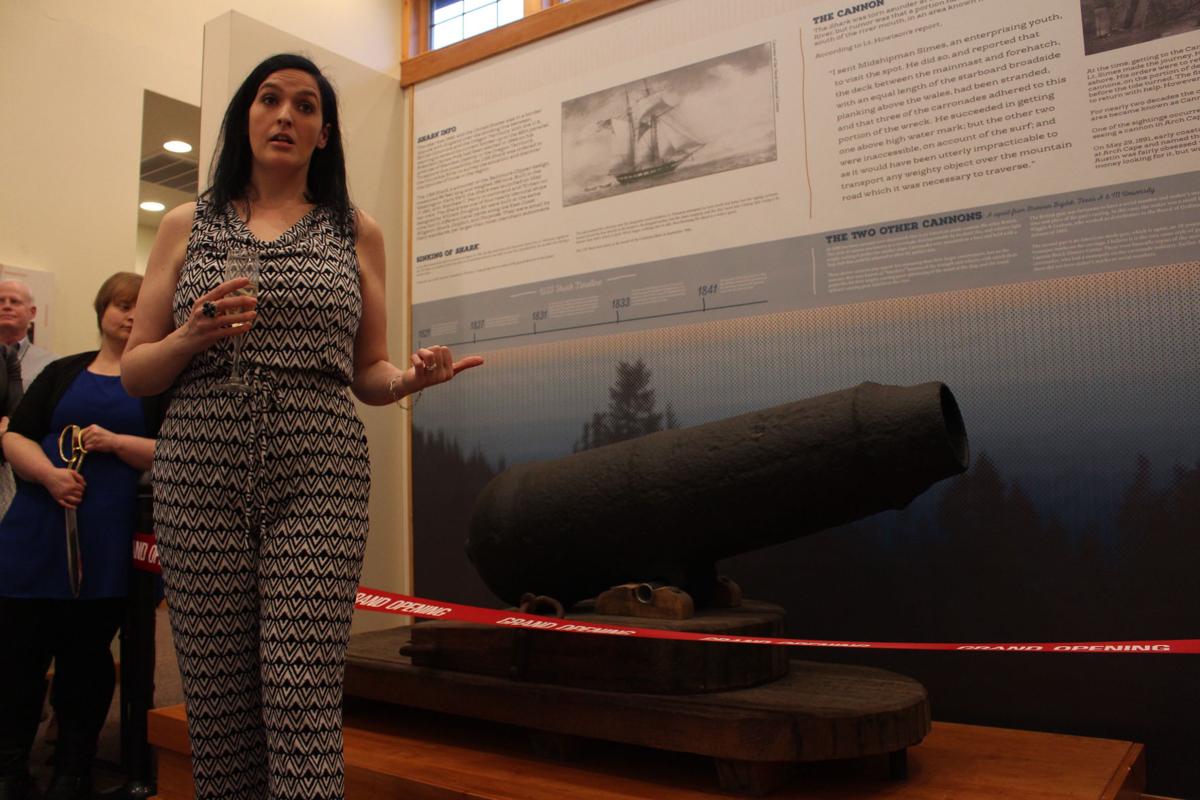 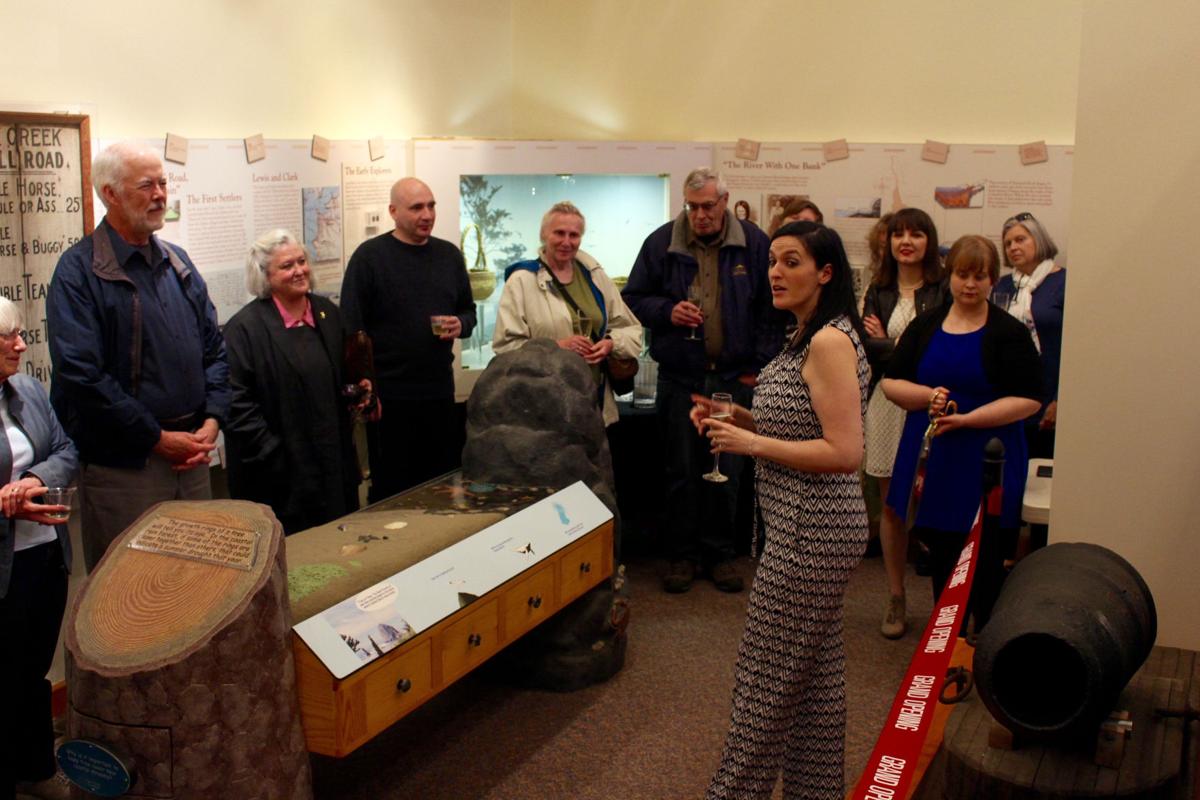 The new exhibit for the Cannon Beach cannon and capstan opened May 20.

After a long winding journey from the shores of Arch Cape and to the labs of Texas A&M University, Cannon Beach finally has reclaimed its cannon — for good this time.

About 30 people came to the Cannon Beach History Center and Museum reception Saturday, May 20, to celebrate the cannon that inspired the town’s name change from Ecola in 1922. In 2012, the historic cannon and capstan were sent to Texas A&M to be refinished and returned to Cannon Beach in 2016.

Since then, the museum has spent the last year on final touches, such as installing a climate control system that keeps humidity at 40 percent to prevent degradation and exhibit displays, to ensure the cannon be shared with multiple generations, museum Executive Director Elaine Trucke said.

The iron cannon, technically called a carronade, and the capstan used to lift the ship’s anchor are from the decking of the USS Shark, a U.S. naval schooner that went down in the Columbia River in 1846. The cannon was found, lost, then discovered again in 1898, when it came ashore in Arch Cape.

So when Trucke started with the museum in 2010, historical preservation of these artifacts became No. 1 on the agenda.

“This cannon has been my entire career here,” Trucke said.

When it returned in 2014 from restoration, the museum did not have the proper space or environment for the preserved artifacts, so the museum worked with engineers, contractors, architects and others to plan the exhibit, Trucke said. Other challenges, such as figuring out how to transport a 2,000 pound cannon and building something strong enough to support it, also slowed the project down.

From start to finish, Trucke said the project to keep the cannon in perpetuity totaled about $90,000 and countless volunteer hours from museum supporters since 2011. With all of the structural and restoration changes that were required, Trucke said it is unusual for a museum of this size to take on this kind of project.

“Throughout this I received a lot of doubt from people about our ability to do this. There was a rural bias,” Trucke said. “Yeah, we might be small, but we do a lot of good stuff.”

Vice president of the museum board and curator at Clatsop County Historical Society Amber Glen echoed this sentiment, and said in her experience it’s unusual for a town this size to tackle this kind of feat.

“It’s unusual for a small, rural place to have such large artifacts, and the fact that most of it was fundraised is unusual,” Glen said. “We don’t have a budget like Columbia River Maritime Museum.”

Liz Johnson, the outreach coordinator for the museum, started supporting Trucke on this project in 2012 and said this moment was one of relief as much as celebration.

“At times it just seemed daunting, like it would never finish,” Johnson said. “It’s an overwhelming sense of accomplishment. It’s been our baby for so long.”

Trucke said while there still a few little details to wrap up, overall she is happy that what she feels is the identity of Cannon Beach is back.

“In a way it’s like the liberty bell,” Trucke said. “It’s not nearly as old or of national importance, but it’s our identity, and until now it felt stolen from our community.”