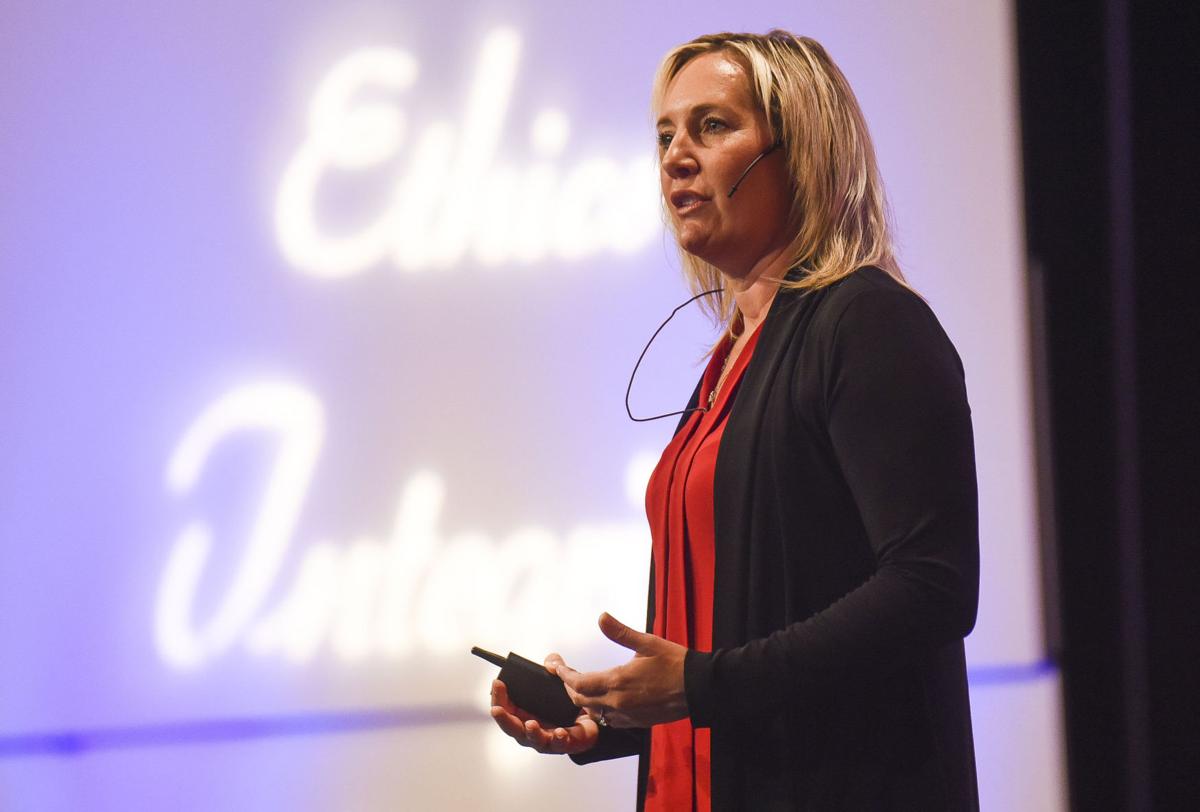 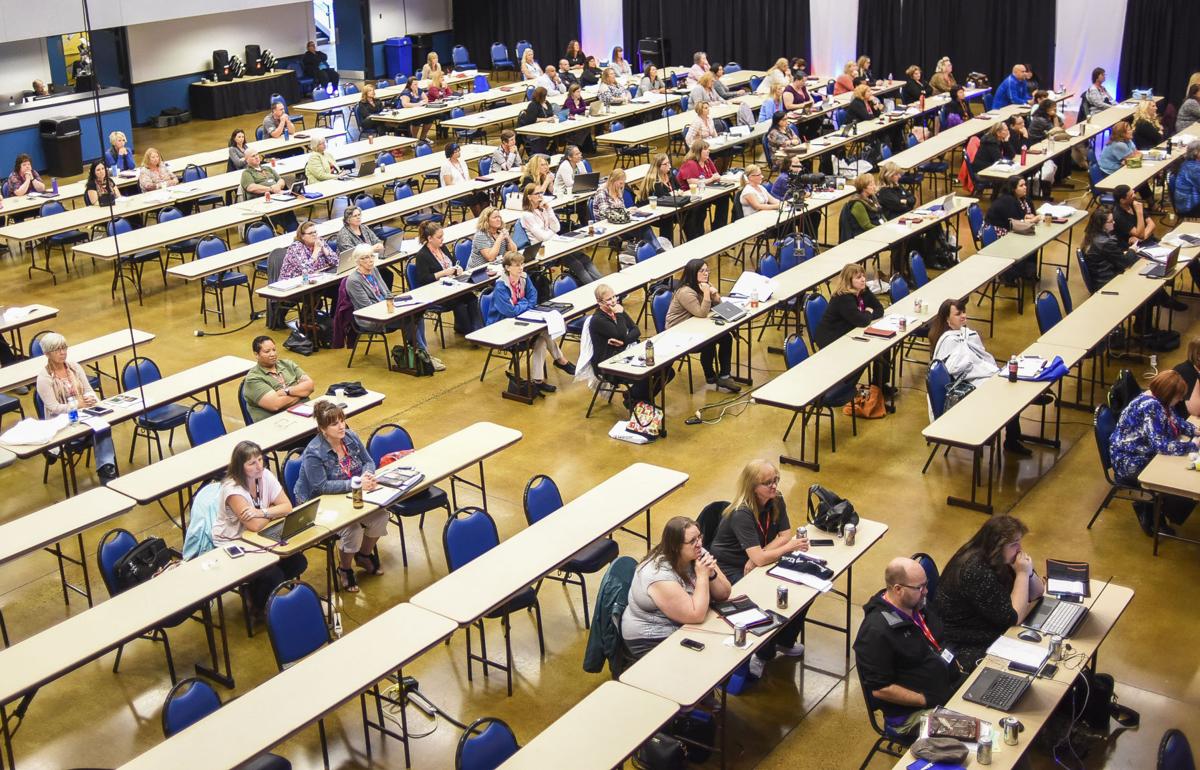 Event attendees listen during a presentation on teen drivers by Kelly Browning at the Criminal Justice Information Systems Users Workshop and Security Summit on Tuesday at the Seaside Civic and Convention Center.

Event attendees listen during a presentation on teen drivers by Kelly Browning at the Criminal Justice Information Systems Users Workshop and Security Summit on Tuesday at the Seaside Civic and Convention Center.

Honors students, football stars, cheerleaders, cool kids and the girl they called “granny at the wheel.” All share one thing in common: they are among the 4,000 teenagers who die each year in preventable car crashes, the No. 1 killer of teens in the nation.

In 2015, 3,829 teens lost their lives on the roadway — and only 25 percent of those were attributable to drinking or drugs. Fifty percent of teens killed were passengers.

“Most kids are not drinking and driving,” Kelly Browning, an expert on teen drivers, told an audience of about 270 criminal justice professionals at the Seaside Civic and Convention Center Tuesday. “We’re so beyond texting now. Now it’s selfies, carpool karaoke, video chatting, Snapchatting, Instagramming. Why is this so lethal? Because it takes all three distractions — the manual, the visual and most importantly, the cognitive. You’re not concentrating on driving.”

Browning is executive director of Impact Teen Drivers, a nationwide program confronting the dangers and consequences of reckless and distracted driving.

Automobile collisions have been the leading cause of death for generations of American teens. But it wasn’t until 2009 that the term “distracted driving” was coined.

What drew Browning’s attention to the issue was a study in the early 2000s studying stress among California Highway Patrol officers.

“The most stressful part of their jobs, officers said, was responding to a scene where a young person had lost their life,” Browning said. “All because of something preventable: car crashes.”

She found there were many quality programs on impairment, but there was a void addressing distracted driving.

The stakes are getting higher. In 2015, there was a 7 percent increase in roadway fatalities in the U.S. In Oregon, the increase was about 25 percent and in Washington state, 23 percent.

Almost every young driver is vulnerable, she said. “I could have a kid say ‘I never text and drive,’ and two seconds later I’ll ask them if they’ve ever taken a picture while driving. ‘Oh, yeah, I’ve done that.’”

Anytime a driver takes eyes off the road is considered distracted driving — cellphones, tuning the radio, applying makeup, horseplay or reaching for a bag of chips.

“The trees and guardrails always win,” Browning said. “Simply by reaching, I increase an accident risk 11 times. Reach for a phone and you increase it 19 times. None of these behaviors are illegal or bad — until you’re in a car and they become lethal.”

Risk factors multiply exponentially depending on the decisions drivers make. “Daytime versus nighttime, how many passengers in the car ­— all matter for new and inexperienced drivers,” Browning said. “When you’re behind the wheel, focus on the road ahead of you and get where you’re going safely.”

Browning urged enforcement of graduated licensing or provisional driving laws. These rules limit the number of passengers allowed in a car and hours provisional license-holders can drive.

Teens can reduce their chance of crashing by 2,000 percent by not texting and driving.

Other preventive tools include setting parental role models, education, social media campaigns, workshops and enforcement. “Kids have to commit to a game plan,” Browning said. “Let them know car crashes are preventable. Get them resources where they can share videos with friends and family. If they make good choices and get involved, better outcomes can happen.”

Parents should remember their children are “good kids, not perfect kids,” Browning said. “My goal is not to have you walking out of here feeling really sad — the bottom line is, this is all preventable.”

“We need to get our local students involved,” she said after attending the workshop.

The city or Seaside School District could adopt the program for young drivers, Brown said. “The information is on their minds — but it’s not on the front of their minds. Programs like this really hit home. I’m planning on doing it with my daughter.”

Workshop material and further information for parents and teen drivers is available at www.impactteendrivers.org.