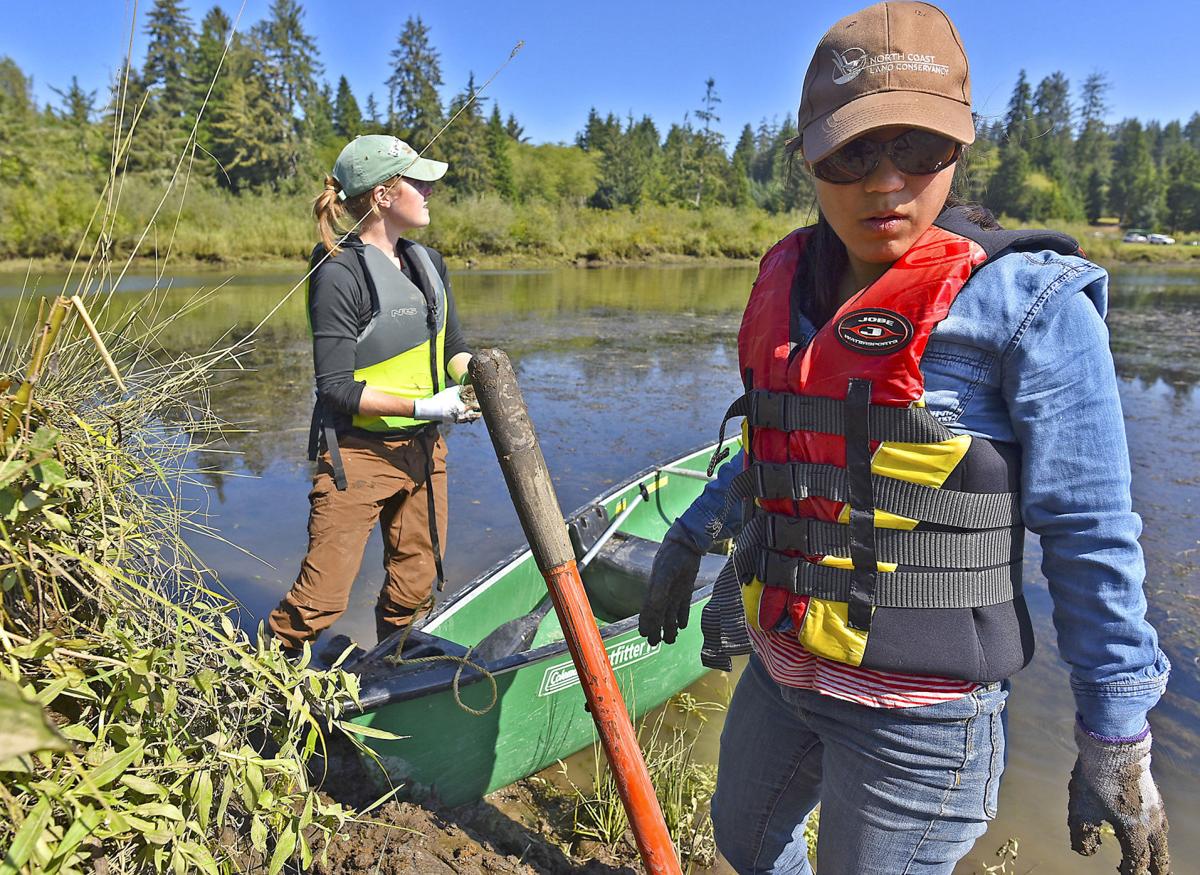 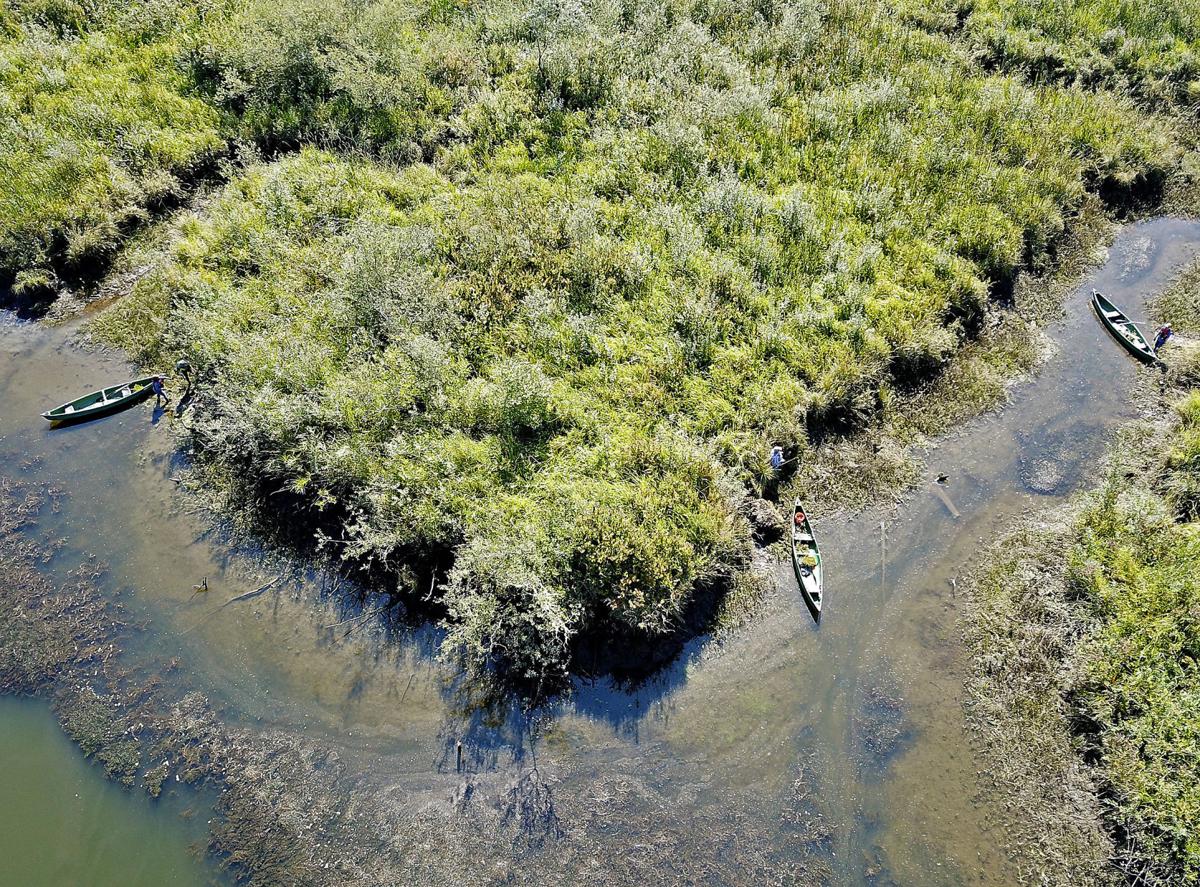 Staff and volunteers with The Nature Conservancy and the North Coast Land Conservancy use canoes to work in a wetland area. 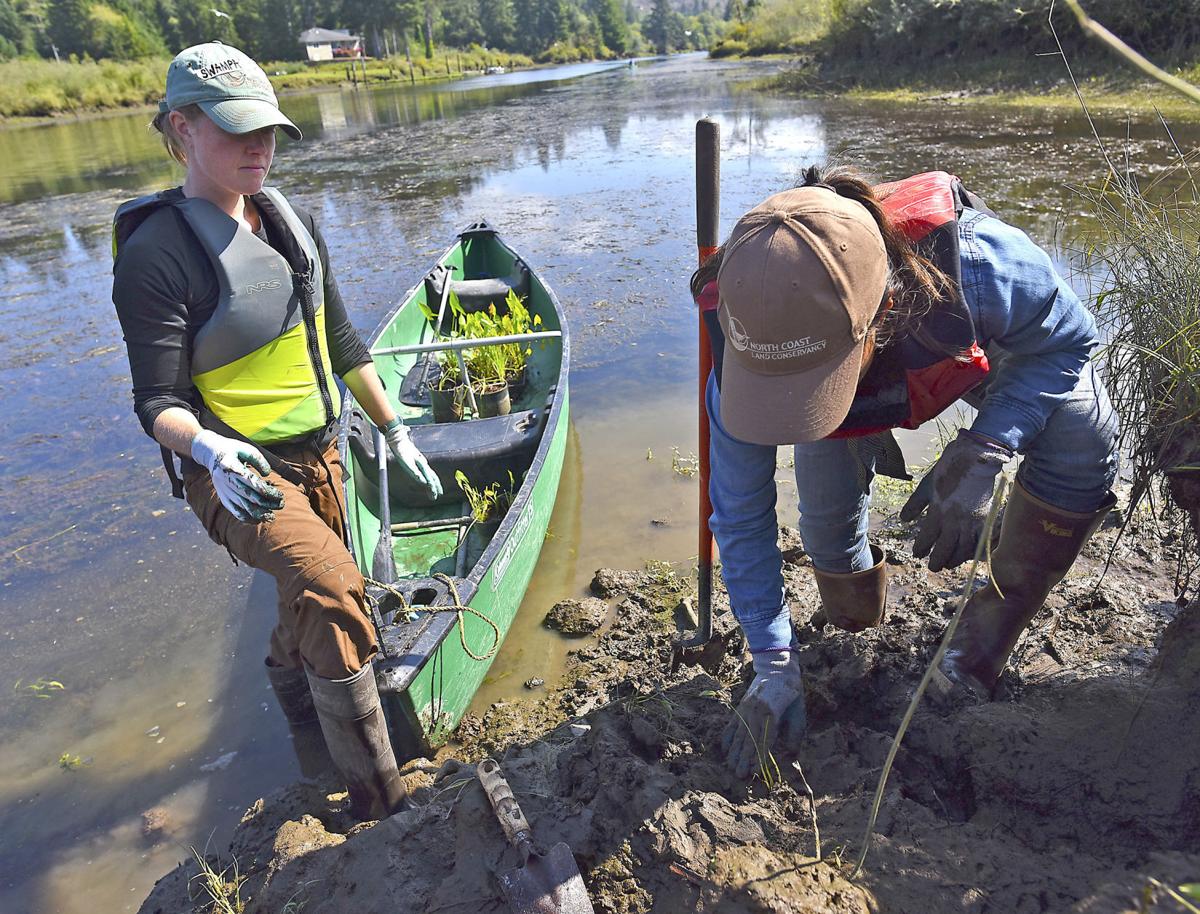 Amy Hutmacher and Catherine Dunn introduce a native plant species to an area in the John Day Marsh Habitat Reserve. 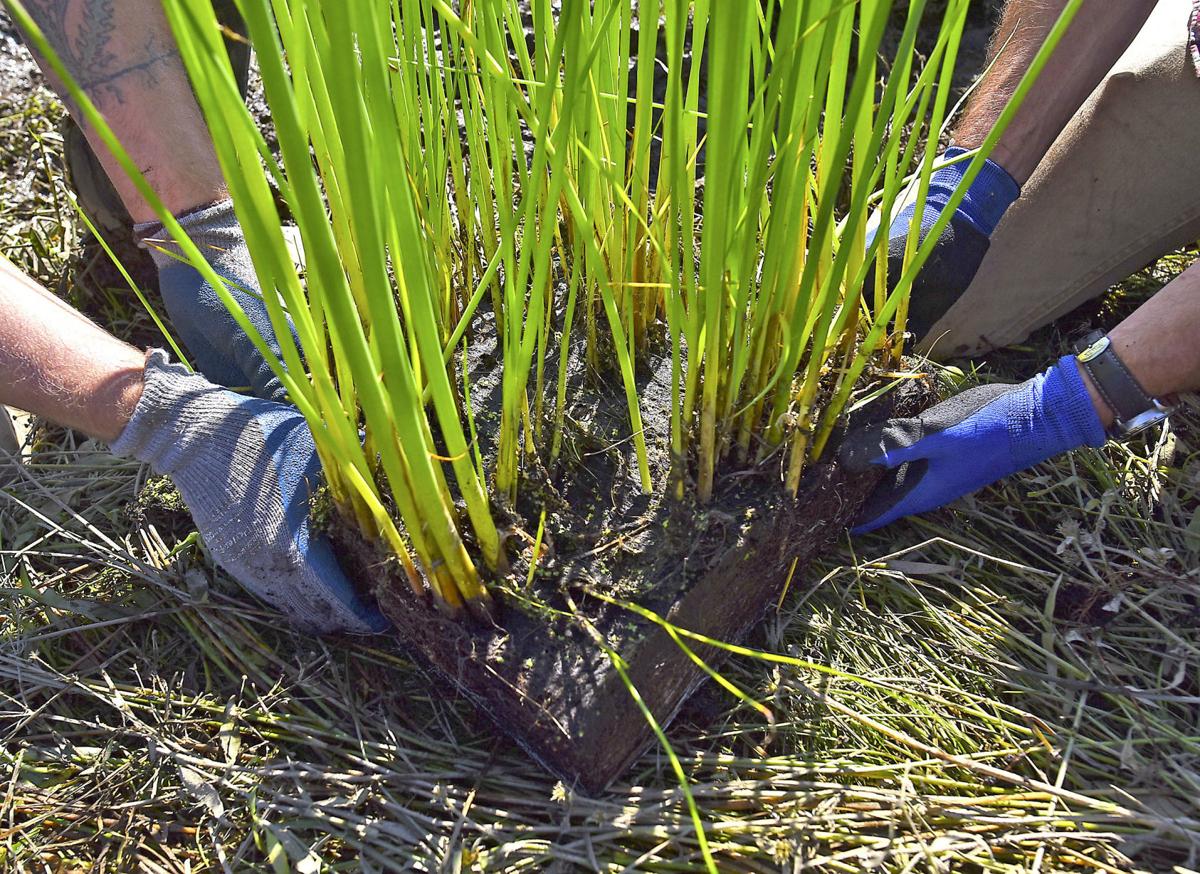 Volunteers with conservation groups prepare seedlings for reintroduction to the wetland near Knappa.

Staff and volunteers with The Nature Conservancy and the North Coast Land Conservancy use canoes to work in a wetland area.

Amy Hutmacher and Catherine Dunn introduce a native plant species to an area in the John Day Marsh Habitat Reserve.

Volunteers with conservation groups prepare seedlings for reintroduction to the wetland near Knappa.

On foot and by boat, volunteers and staff with two land conservancies spent the weekend hunting down and pulling wetland invaders from sites along the Columbia River.

On Monday, they tackled the last site, the North Coast Land Conservancy’s John Day Marsh Habitat Reserve. It was the last day and the first year of what will be part of a larger, ongoing effort to free marshland from an invasive plant, purple loosestrife, and replace the interlopers with native plants.

It is the first time the land conservancy has attempted this kind of replanting in wetlands, said Melissa Reich, stewardship director, as she showed volunteers the wapato and other native plants they’d be ferrying around the wetland in green canoes Monday morning.

They are trying to create strongholds of good, native habitat, said Amy Hutmacher, project manager for the land conservancy.

Purple loosestrife, native to Europe and Asia, was introduced to the United States in the early 19th century. It is considered widespread in Clatsop County and neighboring Columbia County, according to the Oregon Department of Agriculture.

In fact, it is common in most Oregon counties where the wetland habitat it thrives in exists. Once introduced to an area, purple loosestrife can quickly take over, out-competing native plants and reducing what kind of food is available to wildlife. Its roots trap sediment, drastically changing the elevation of a site over time.

“When that happens, you can see changes in the plant community from plants that really depend on the lower elevation and more frequent inundation with the tide coming in to plants that can occupy drier elevations,” Hutmacher said. “That can have cascading effects in the food chain.”

For a plant rooted in place, purple loosestrife can be incredibly mobile. This mobility is the primary challenge in trying to control the spread. Each plant can produce upwards of 1 to 2 million seeds the size of black pepper flakes. Water and animals carry the tiny seeds throughout an area.

The properties The Nature Conservancy and the North Coast Land Conservancy own are impacted by upstream sources of purple loosestrife. The Columbia River is a massive system and the properties the groups worked on over the weekend are small.

“We’re doing what we can,” Hutmacher said.

But, she added, “it’s nice to do what we can even in these small areas to provide patches of high quality habitat for migrating salmon, for birds.”