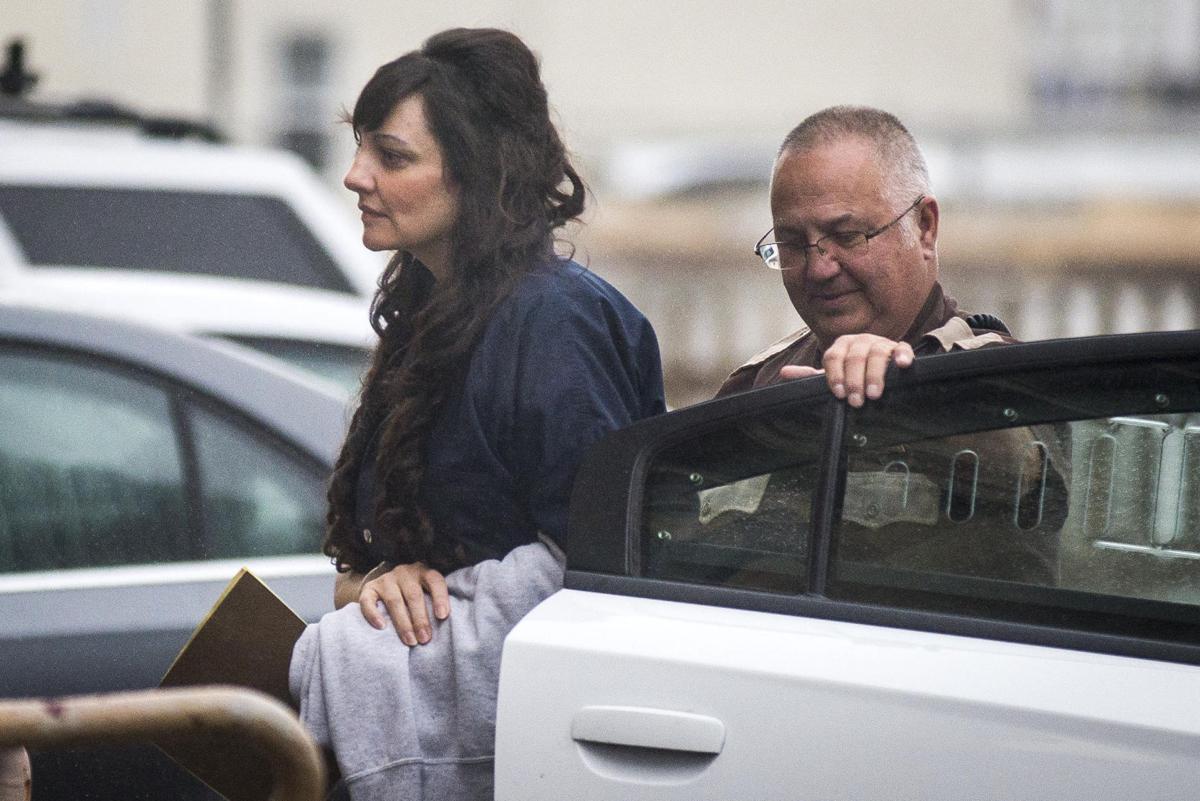 Jessica Smith, outside the Clatsop County Courthouse Friday, is charged with aggravated murder and attempted aggravated murder in the drowning death of her 2-year-old daughter and cutting the throat of her teenage daughter in Cannon Beach in July 2014. 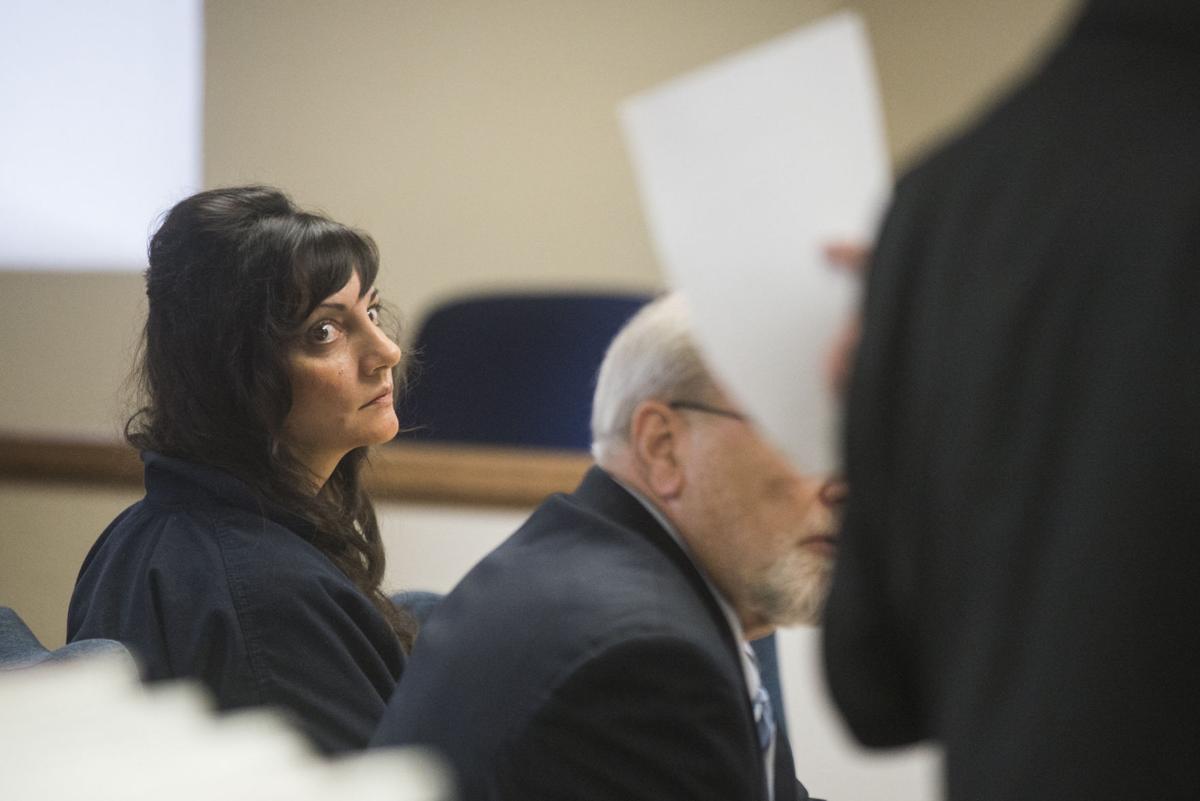 Smith, left, listens during a status hearing at the Clatsop County Courthouse Friday.

Jessica Smith, outside the Clatsop County Courthouse Friday, is charged with aggravated murder and attempted aggravated murder in the drowning death of her 2-year-old daughter and cutting the throat of her teenage daughter in Cannon Beach in July 2014.

Smith, left, listens during a status hearing at the Clatsop County Courthouse Friday.

Smith, 41, of Goldendale, Washington, appeared in court shackled and in a blue jumpsuit on Friday. She is accused of aggravated murder and attempted aggravated murder for allegedly drugging and drowning her daughter, Isabella Smith, 2, and attempting to kill her older daughter, Alana Smith, 13, by slashing her throat and wrists in a Cannon Beach hotel on July 31, 2014. Alana now lives with her father, Greg Smith, in Washington.

Falls asked the judge to oppose the state’s request for a mental health evaluation with Dr. Paul Guastadisegni, a Portland-based psychologist, because he is not qualified under new state standards to evaluate a criminal defendant.

Falls said he is not opposed to a state evaluation as long as the defense can participate in the process with a certified evaluator. In any case, Falls said he would direct Smith not to answer questions about her state of mind at the time of the murder and attempted murder.

The defense has already indicated it may seek to prove Smith acted with diminished capacity as a result of postpartum depression.

Marquis said he was disappointed with the defense waiting until the court appearance date to make an objection. A letter stating the district attorney’s office expected to call Guastadisegni as an expert witness was sent five weeks ago and the state has already provided 100s of pages of document to the pyschologist, he added.

Marquis noted that the trial is already set for two years after the crime, unusual in a murder case, and that he would not like to see any further delays.

“Alana is the victim and has a right to a speedy trial,” added Dawn Buzzard, Marquis’ co-counsel.

Falls said he’d only learned Guastadisegni was improperly credentialed Wednesday morning, and hadn’t had time to contact the DA’s office prior to Friday’s court appearance.

Marquis conferred with the state attorney general’s office during a 30-minute recess and afterward said he believed the defense was “misapplying” the new standards.

“The state is flying blind” without the mental health information Guastadisegni would be able to provide, he added. “We need to move forward on this case.”

Matyas tentatively scheduled Smith’s evaluation with Guastadisegni for Oct. 13 and 14, and gave the state more time to respond to Fall’s opposition.

“There’s nothing wrong with a little courtesy and a little communication,” she said.

Falls suggested the state look for a different, certified evaluator in the meantime. He also asked for a protective order that would shield “sensitive materials” at a higher level.

There’s a protective order already in place, but Falls wanted access to reports regarding Smith’s mental health further limited so that police would not have access to them. He added that he did not want Smith’s ex-husband to receive copies, either.

Marquis said the state would not share those reports, but would likely ask Greg Smith questions regarding Jessica Smith’s mental health. He added that expert witnesses nor investigators should be excluded.

The attorneys will meet again in court on Oct. 2 for a follow-up hearing.

Jessica Smith’s trial is scheduled to begin in June 2016.