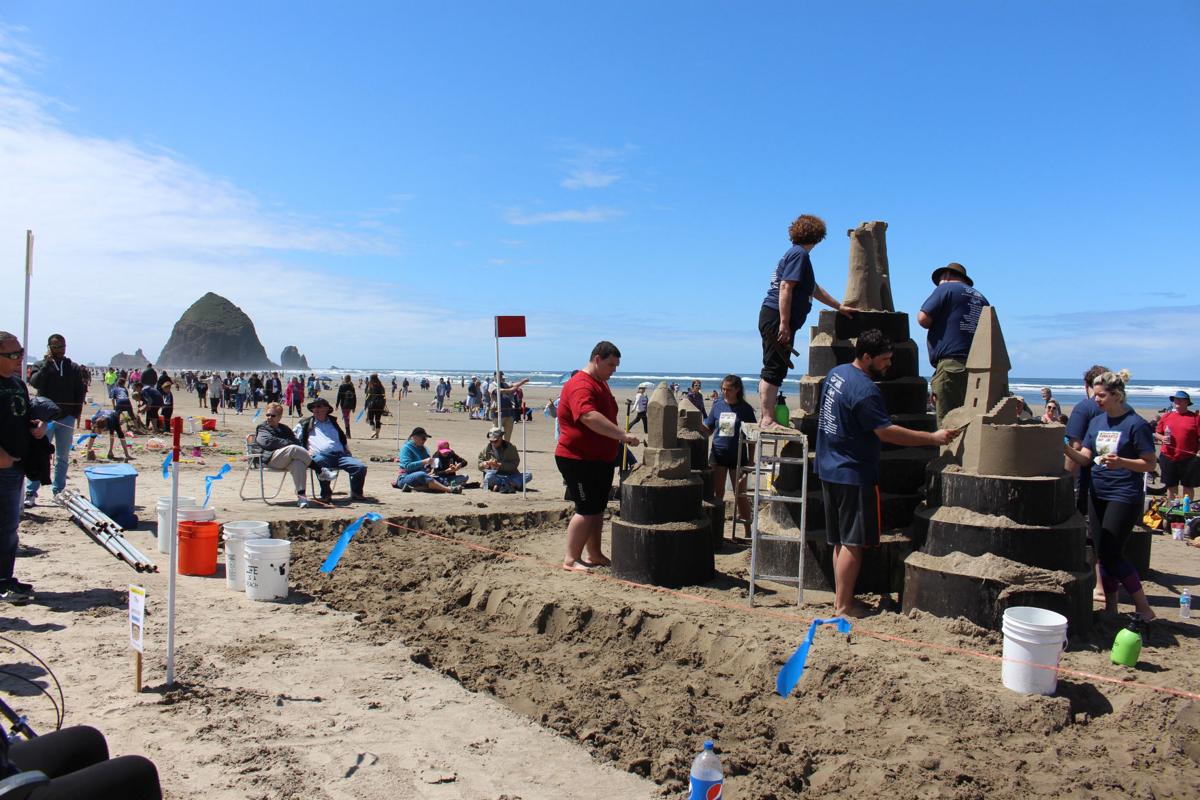 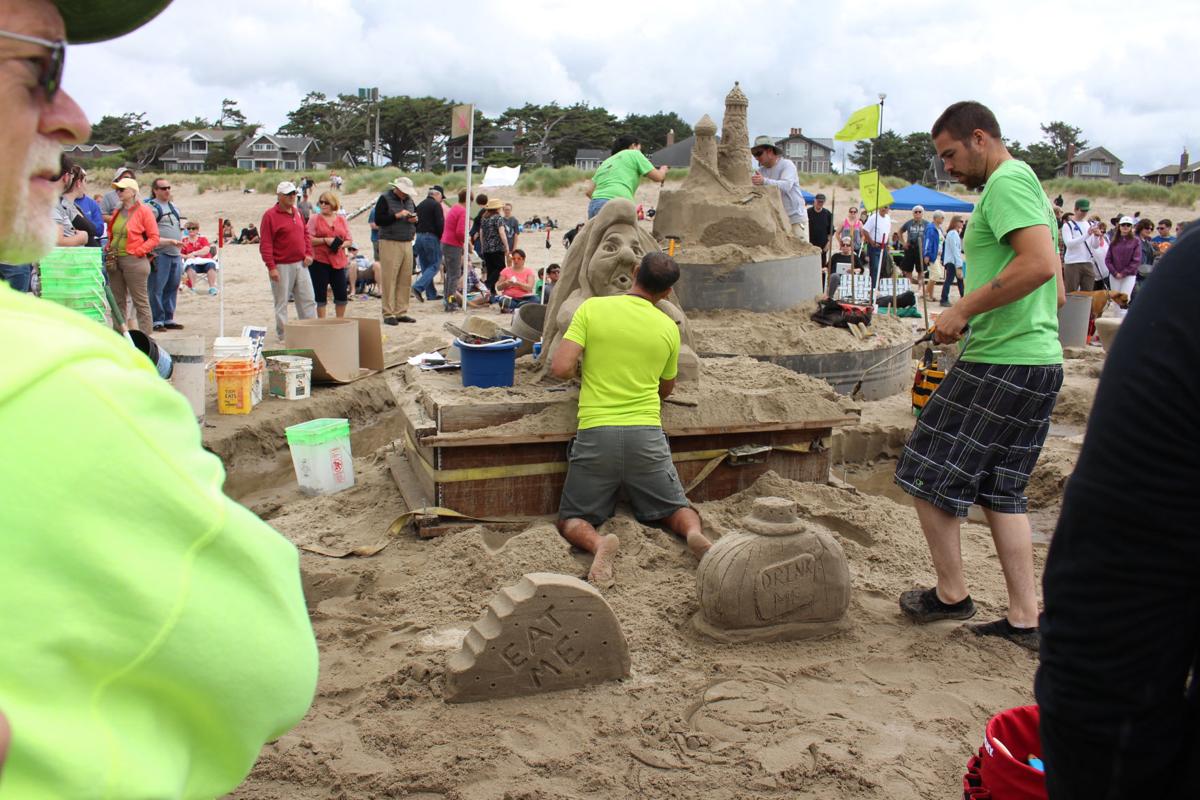 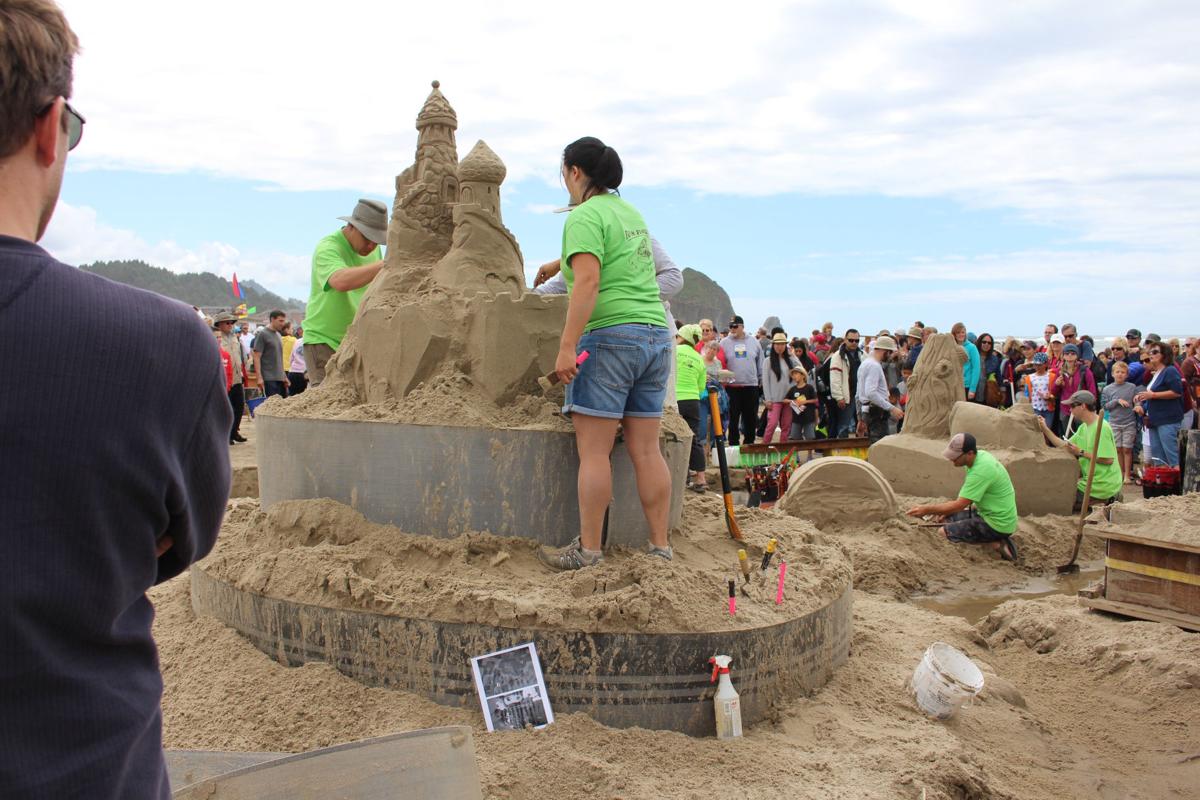 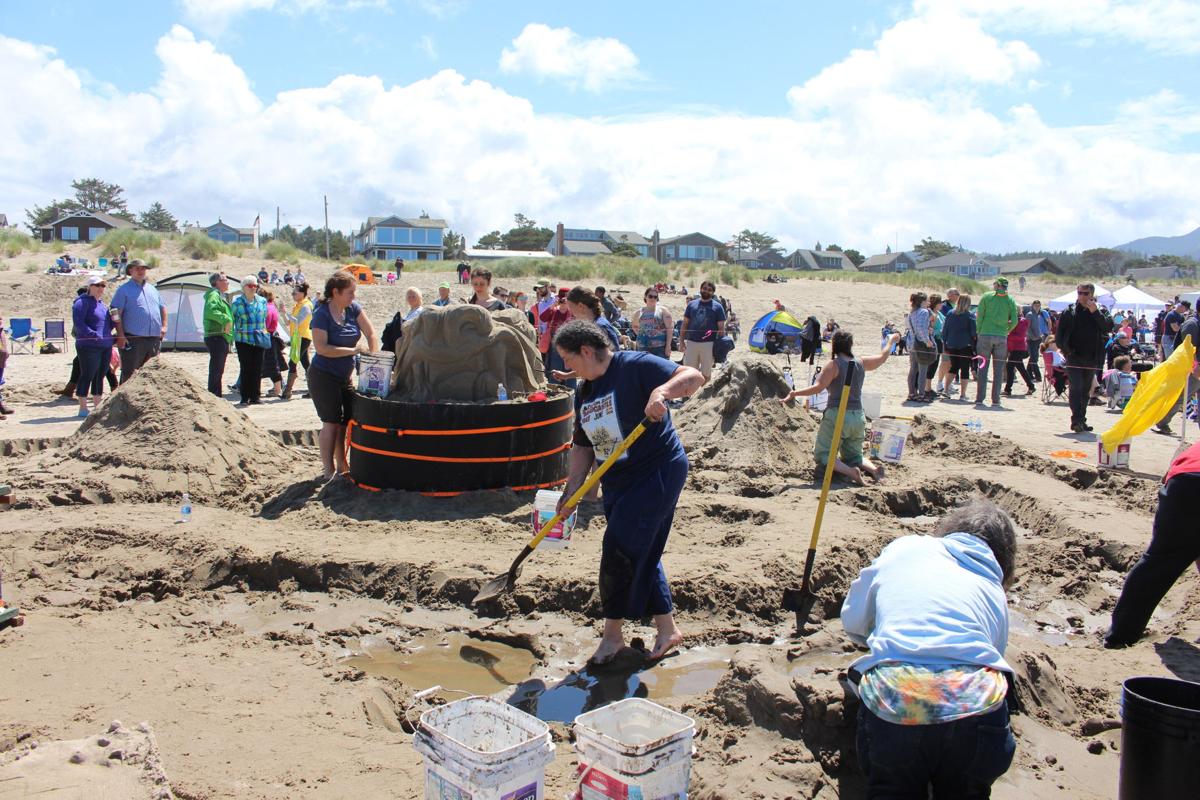 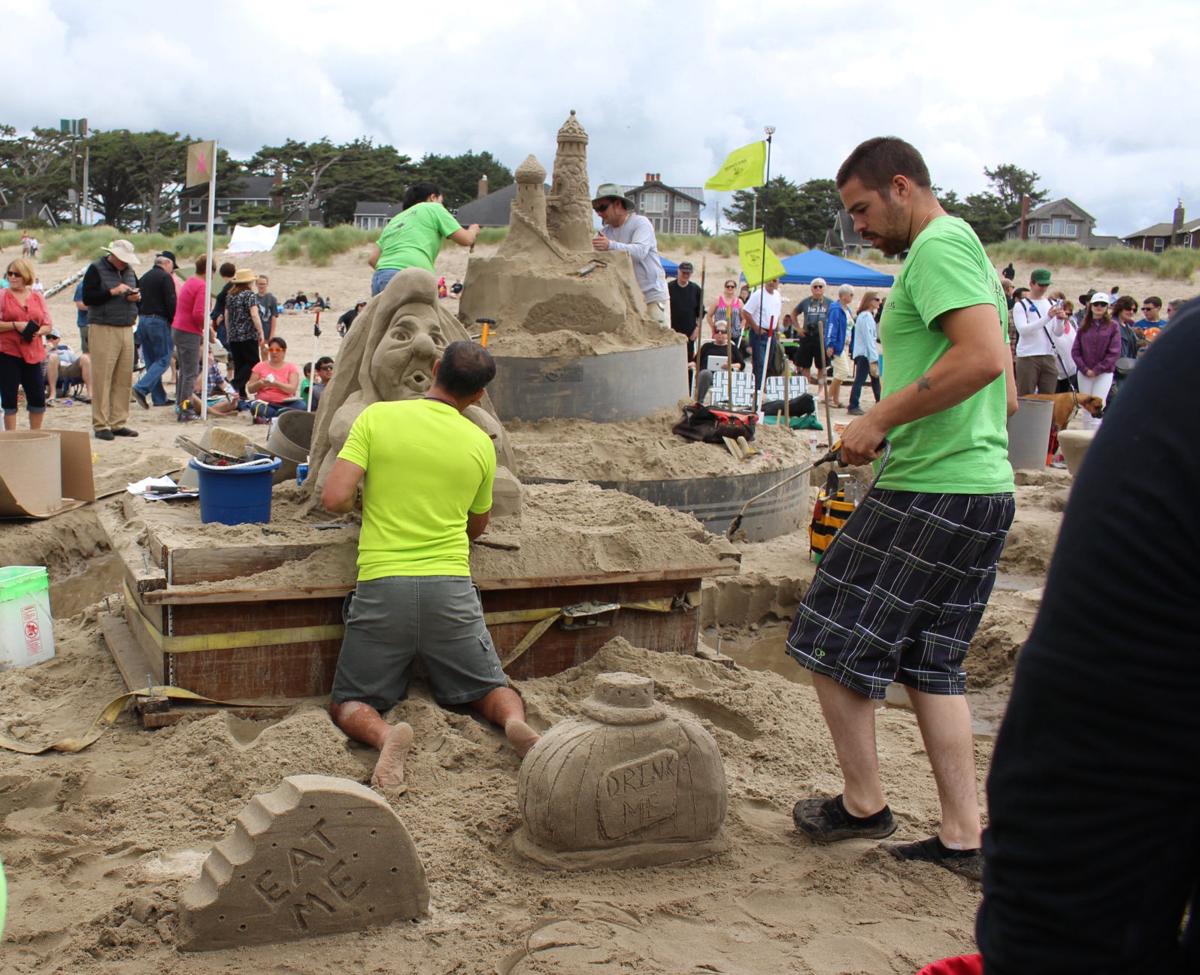 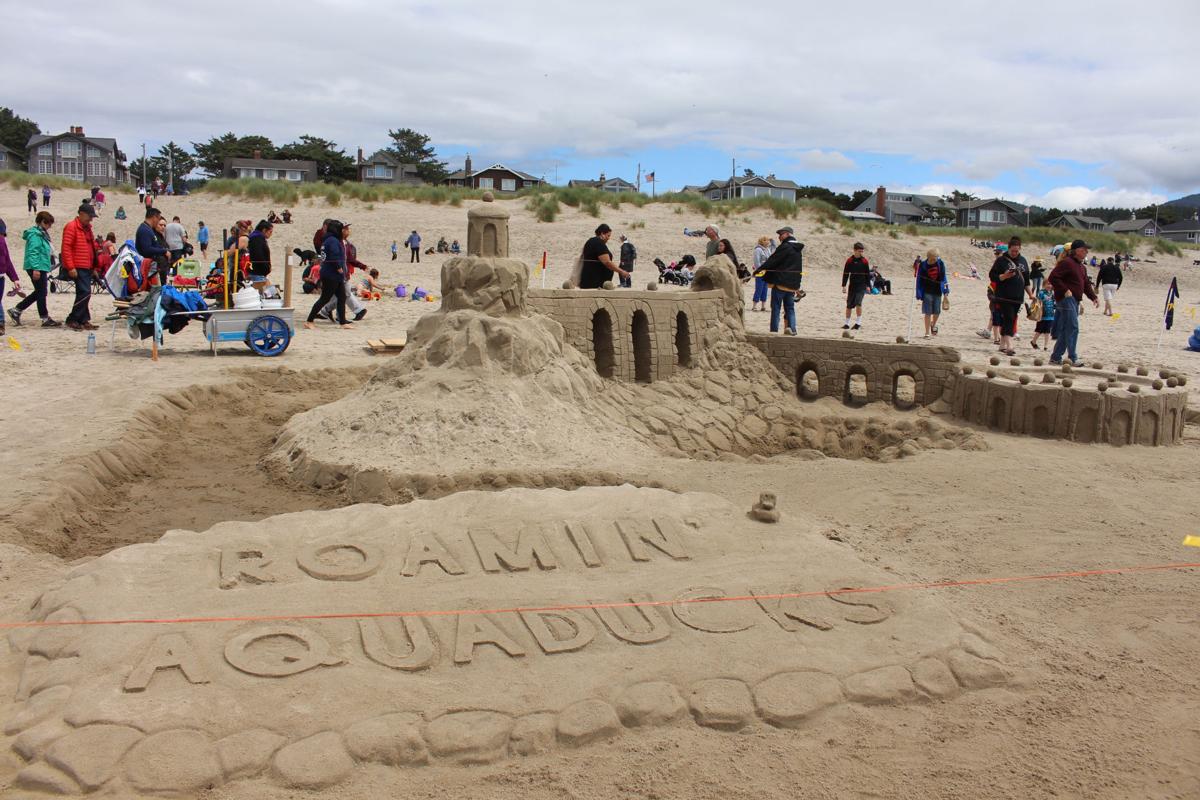 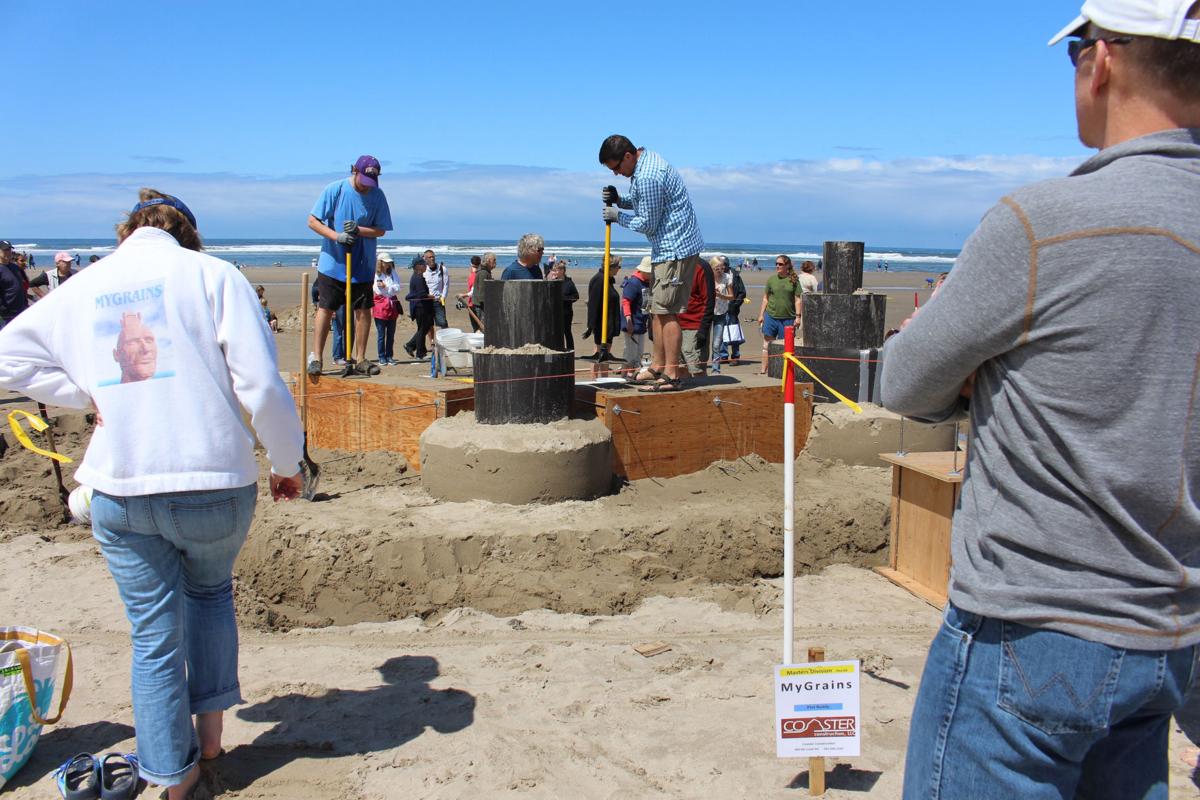 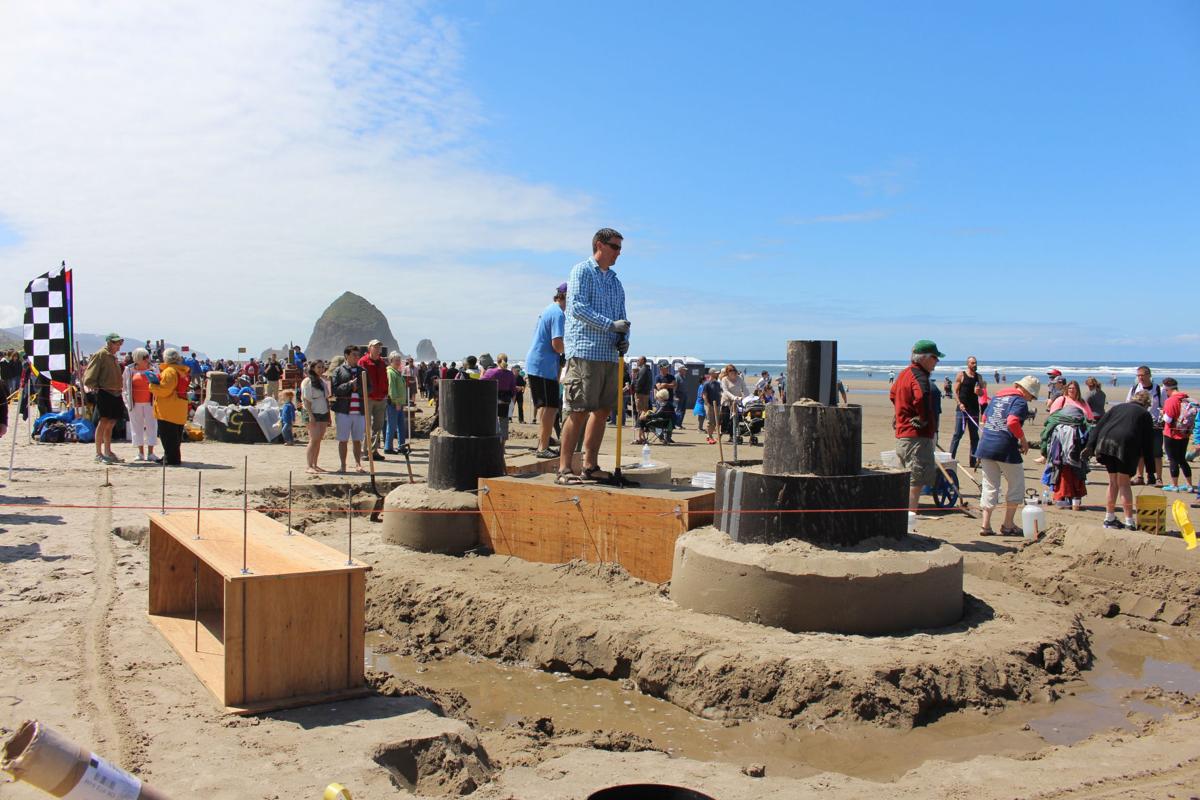 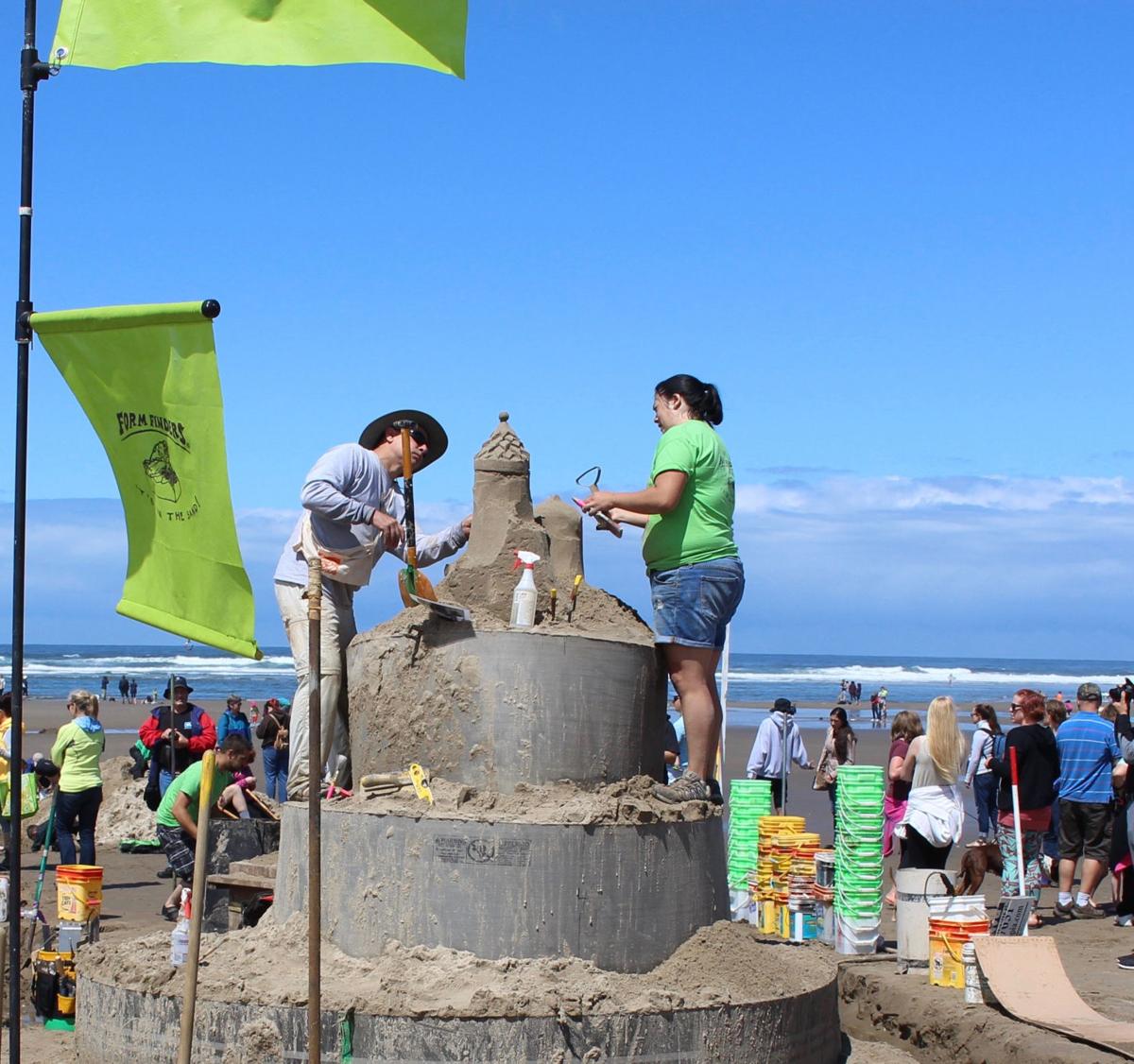 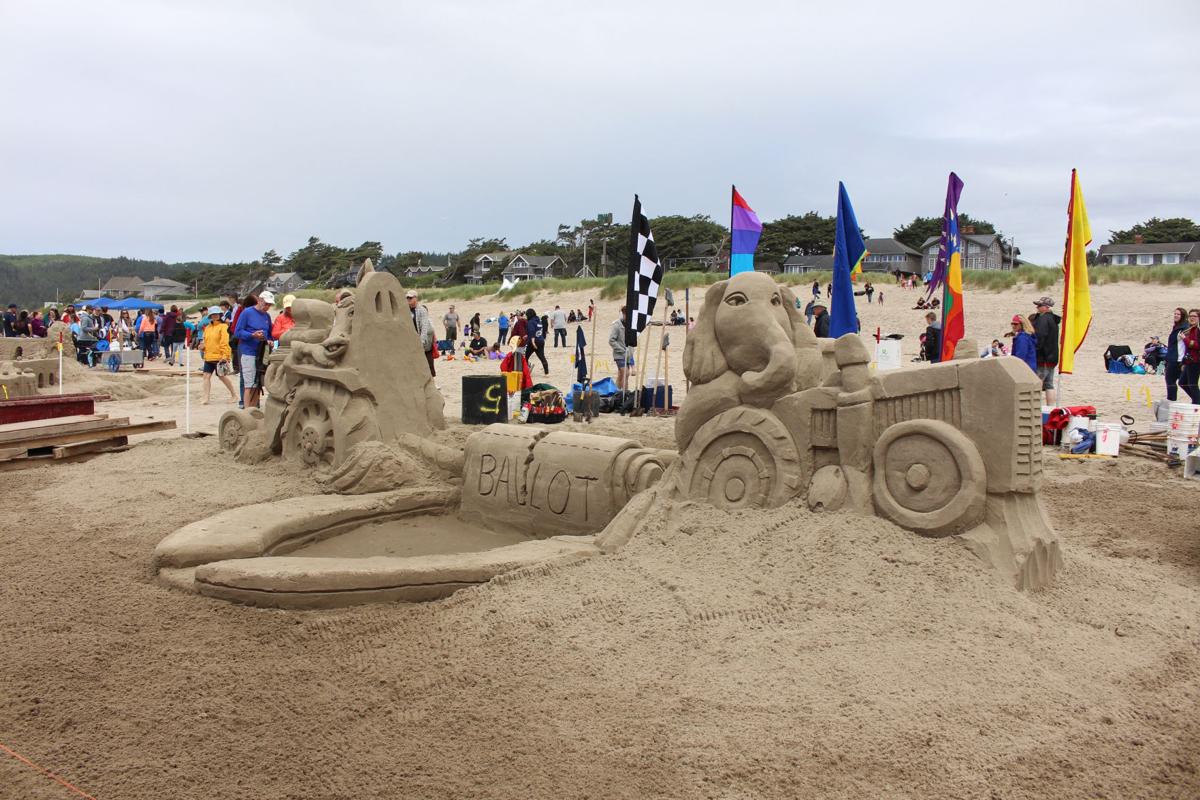 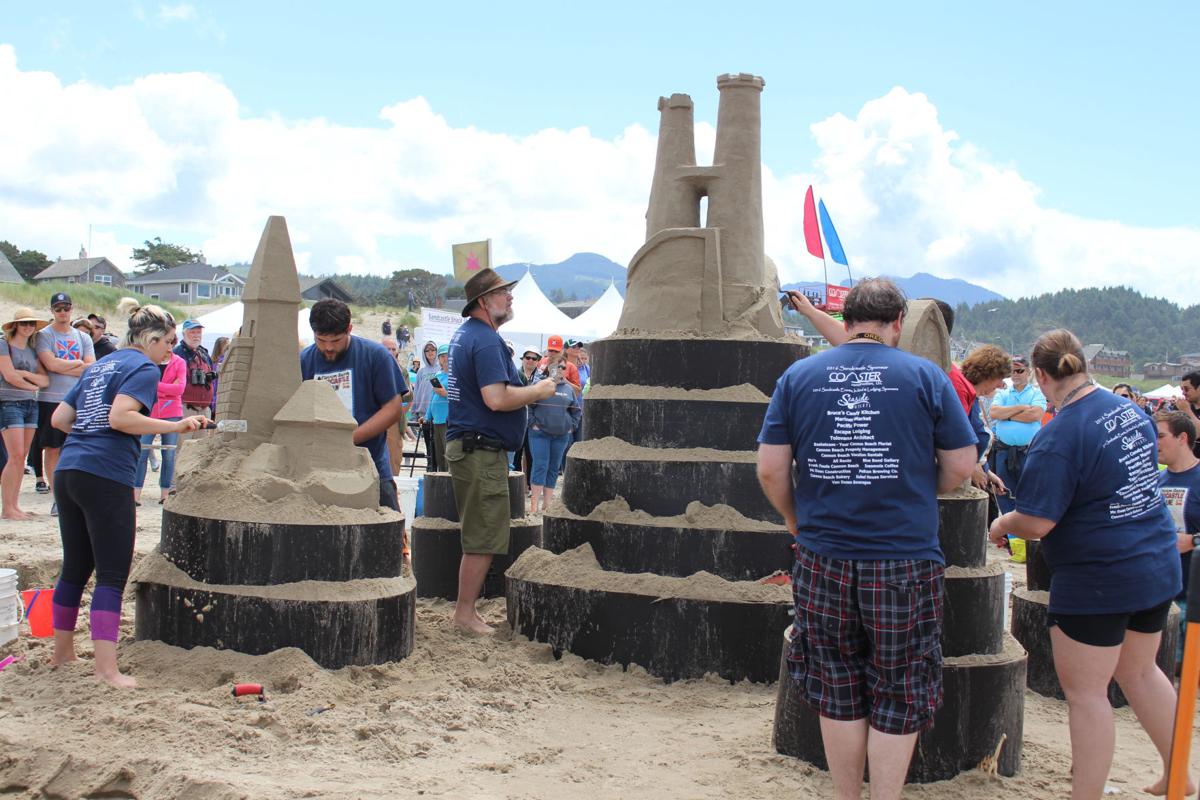 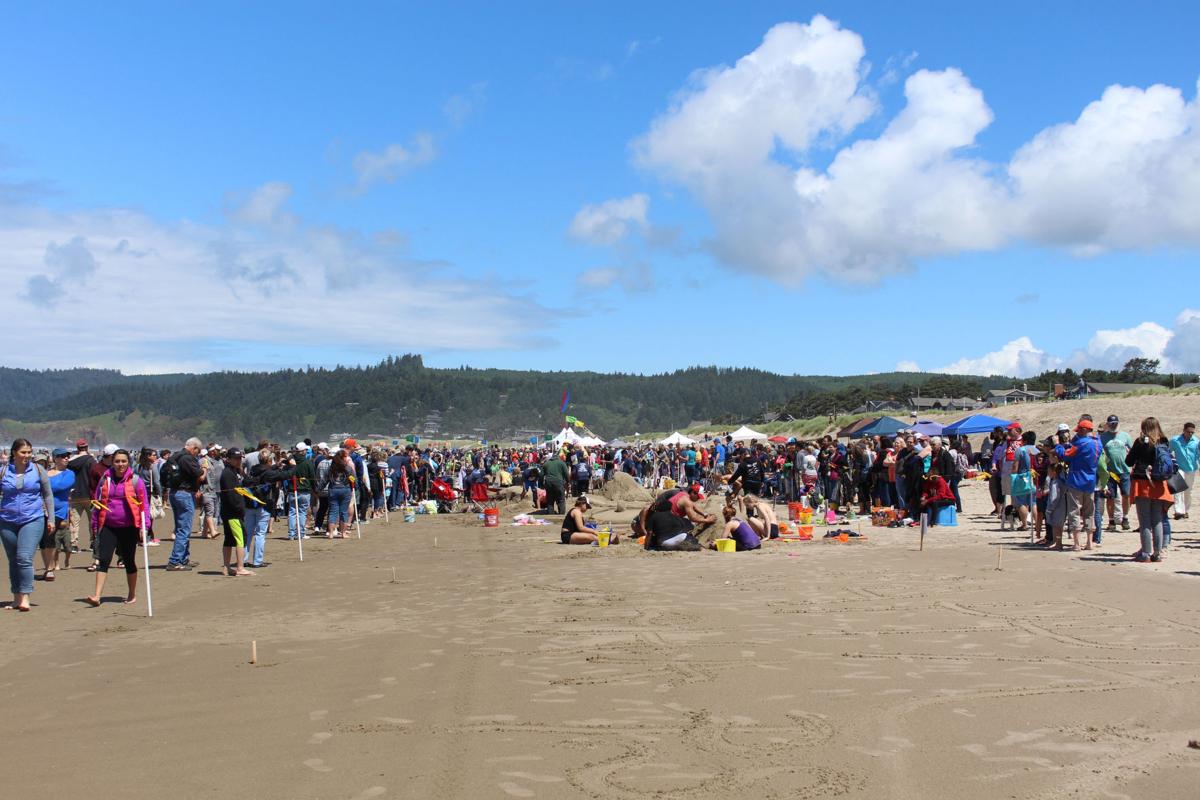 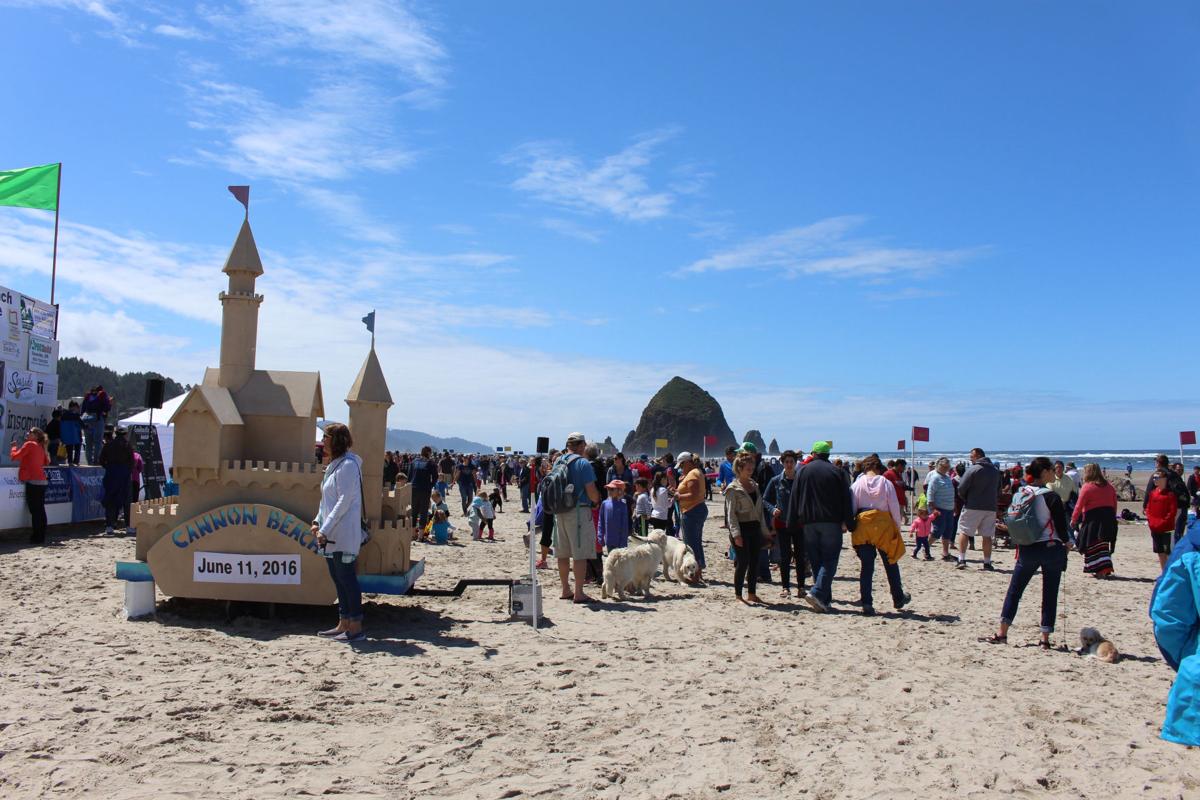 Visitors gathered on the beach on Cannon Beach's busiest annual event of the year. 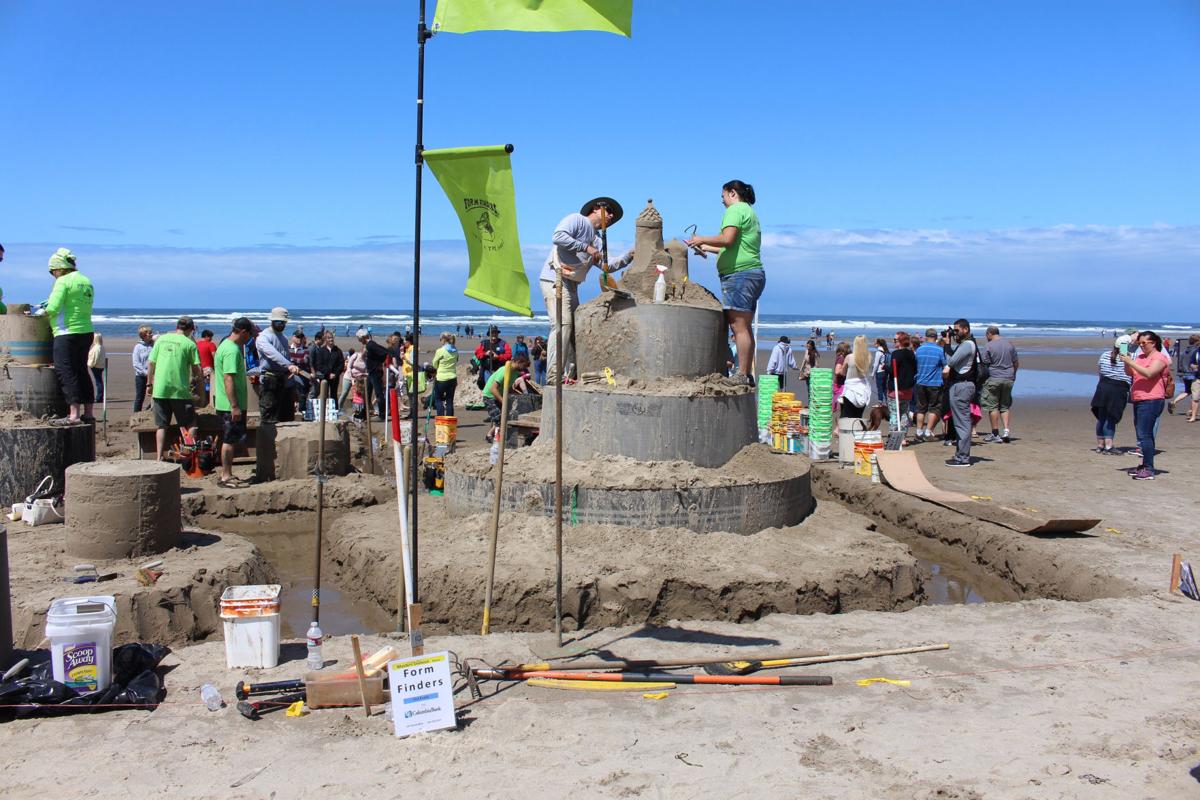 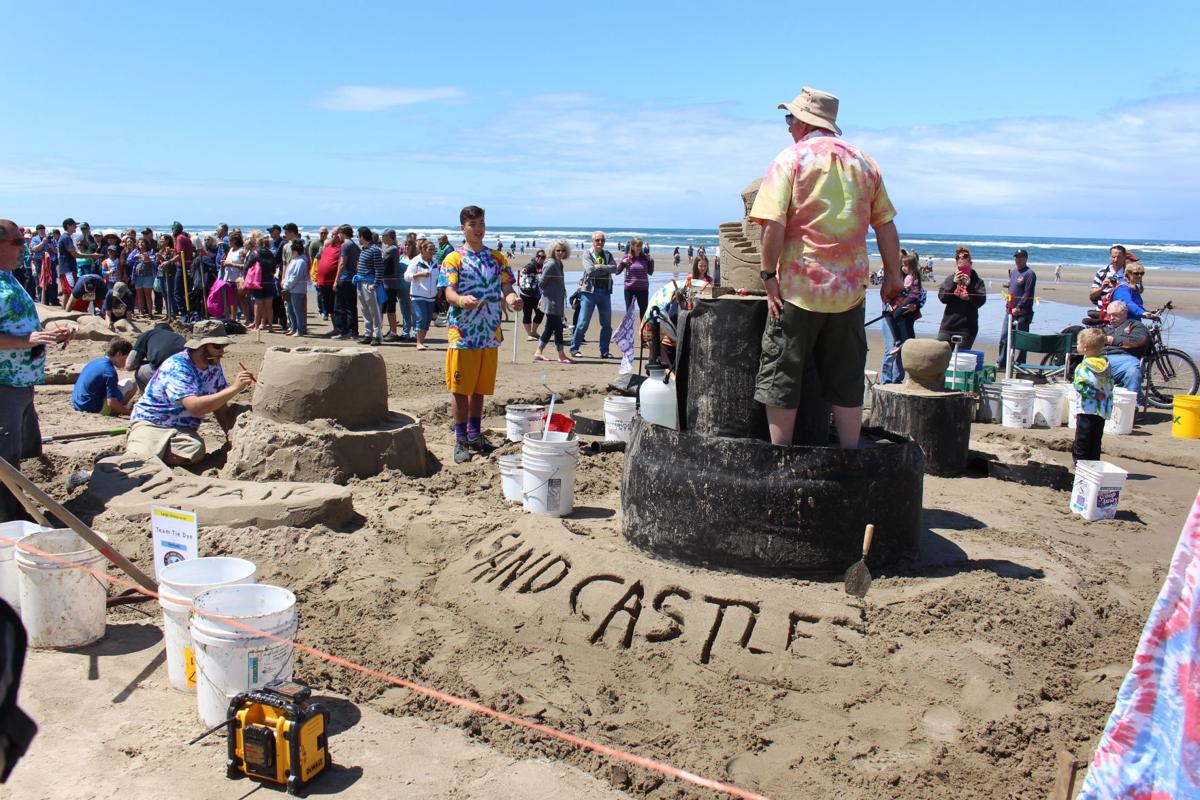 Visitors gathered on the beach on Cannon Beach's busiest annual event of the year.

The first-place winner of the masters division in this year’s Cannon Beach Sandcastle Contest, “American Standard,” was a sculpture of a toilet flanked by a donkey to the left and an elephant to the right. Between the two symbolic animals, the team True Grit etched “Ballot” on a torn piece of sand toilet paper.

Castles and dragons made welcome appearances, but the toilet was just one of many of the unique ideas on display at the 52nd anniversary of the playful annual competition June 10-12.

The Sandcastle Contest, began in 1964 as a small community affair to boost spirits after a tsunami, before becoming a marketed event. The day continues to draw thousands of visitors each year.

For one day every year, the beach transforms into a place where visitors of all ages can enjoy skillful sand sculptures, cheer on teams of children and teens, and use tools and teamwork to build towering structures. The weekend-long event also included a parade, live music and a 5k fun run/walk.

Despite brief rain, the sun shone for most of the contest, which included about 50 teams in all skill levels. The seven masters teams received money and medallions for their work.

Second-place winners Form Finders sculpted the Queen of Hearts, a “drink me” bottle and other familiar Alice in Wonderland scenes.

The team is from Olympia, Washington, and has been building sand sculptures together for eight years.

“We’ve wanted to do Alice in Wonderland for awhile because of its cool characters and elements,” team member Shiloh Kauzlarich said, adding that the theme made for some “neat cutouts.”

The team of relatives from Portland, Seattle, California, Idaho and Colorado has been building sandcastles for 25 years.

Sandcastle builders came from all over the West Coast and the country.

“It’s my father-in-law’s 60th birthday,” said Lauren Kleck, an Arizonian and member of Sandchiladas, which competed in the large group division. “He lived in Oregon for years and wanted to do this for his birthday.”

Sandchiladas, ranging in age from 8 months to 60 years, shaped a taco, sombrero and cactus in the sand to represent their state.