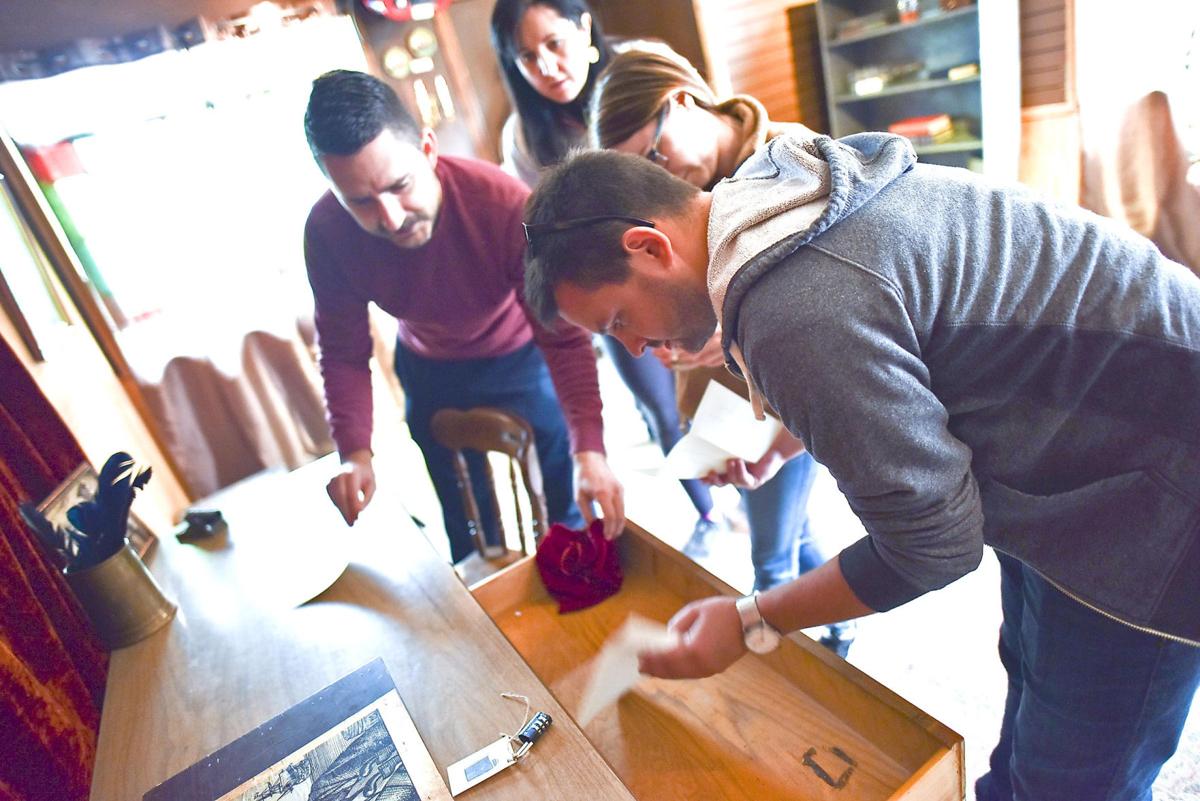 Participants solve a variety of puzzles to unlock clues as to how to escape Cannon Beach's first escape room attraction. 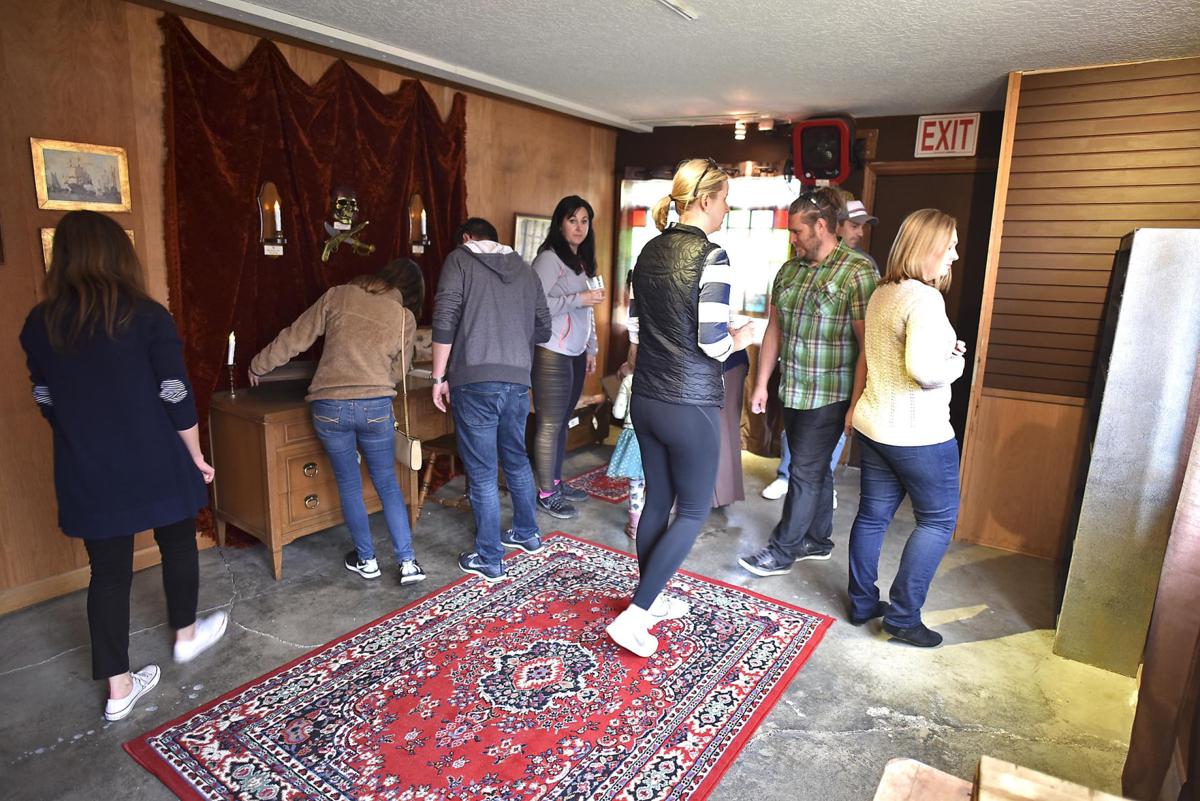 The first escape room in Cannon Beach got a trial run last weekend as a group of eleven participants solved a variety of puzzles to unlock the room. 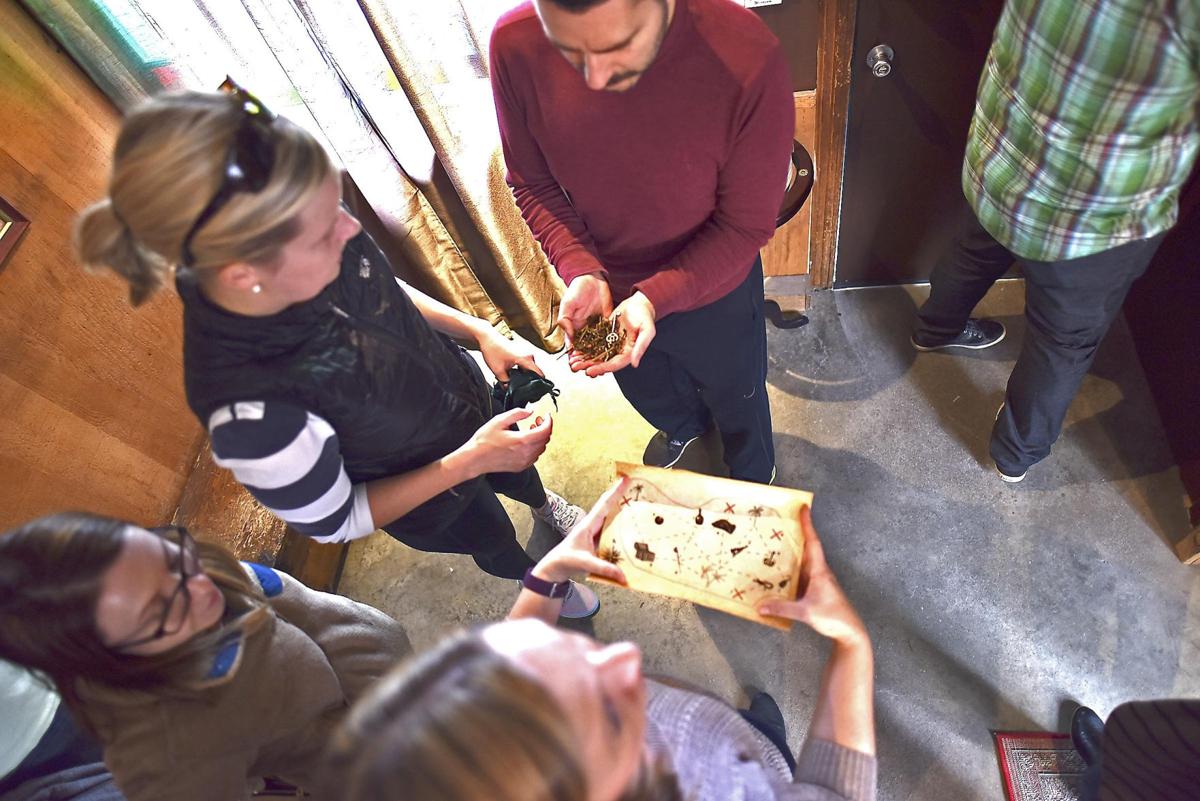 The new escape room attraction in Cannon Beach was started by a Portland couple who experienced one there and decided there should be one on the coast as well. 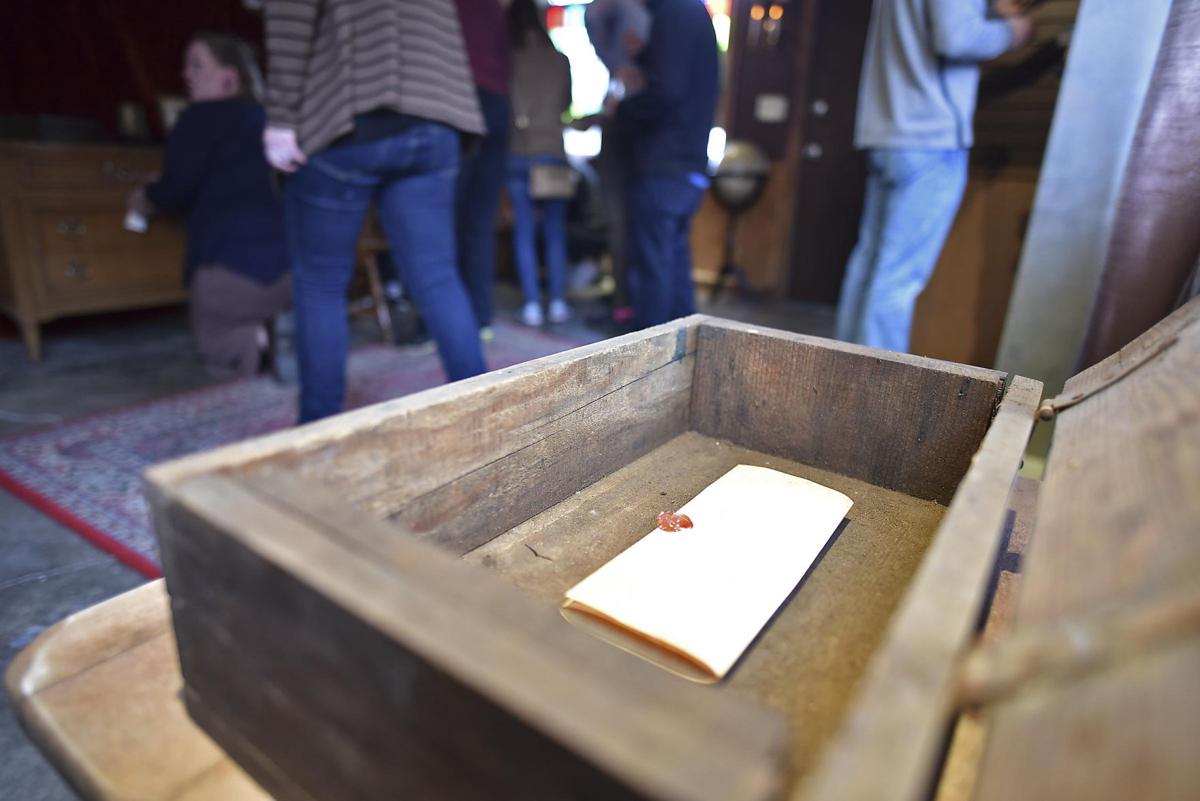 Some puzzles at the new escape room in Cannon Beach opened boxes and drawers leading to even more clues.

Participants solve a variety of puzzles to unlock clues as to how to escape Cannon Beach's first escape room attraction.

The first escape room in Cannon Beach got a trial run last weekend as a group of eleven participants solved a variety of puzzles to unlock the room.

The new escape room attraction in Cannon Beach was started by a Portland couple who experienced one there and decided there should be one on the coast as well.

Some puzzles at the new escape room in Cannon Beach opened boxes and drawers leading to even more clues.

When Natalie Miller and Blake Lyman visited Cannon Beach as children, they always felt there was something missing.

There was always plenty to do on the beach if the weather was nice, but as a kid on those rainy days, Lyman remembers not feeling “engaged” with the town.

“We wanted to bring something to town that people could do that didn’t involve the beach. Even when it’s rainy parents want to make memories with their kids,” Lyman said.

Out of this sentiment came the opening of Cannon Beach’s first Escape Room ­— a live action challenge where a group of people are locked in a room and must solve a variety of puzzles along a storyline in under an hour to escape. In Cannon Beach, Lyman and Miller plan to have two themed rooms: The pirate room that would be a permanent feature and another that would change out themes.

Escape Rooms have been gaining popularity in areas like Portland and Vancouver, British Columbia, but this will be the first for the North Coast.

“This is such a crazy idea. Get people locked in a room with people they don’t know and solve a problem? But it’s so fun,” Lyman said.

The couple got the idea after doing one in Portland earlier this year, and three months later will officially open their own at 248 N Spruce St. on June 8.

“It’s something I would have loved to do when I was a kid,” Miller said. “Nowadays, how often is it that you’re not on a phone, that everyone is engaged?”

Over the weekend, a group of family and friends participated in the Escape Room’s soft opening to test the scenario of clues and puzzles Miller and Lyman developed. The room is relatively cozy in size but dark in nature, being adorned with a variety of treasure chests, pirate flags and gold doubloons that all may (or may not) be a clue to escaping.

When the group enters, the door clicks shut behind and a video starts to play explaining the scenario. The story goes that fictional yet most evil pirate on the Pacific Ocean One-Eyed Jack has kidnapped your party, and everyone has one hour to solve the riddles before “walking the plank.” According to Lyman and Miller, there is no real plank to walk — just disappointment to face.

Once the timer started counting down, everyone dispersed into separate corners in a sort of chaos, overturning chairs and flipping over flags in the hunt for clues.

“We tried to make some clues more logic-based, other spatial, and some you just need to be persistent,” Miller said. “It takes a lot of imagination.”

But designing a scavenger hunt of complex clues is even harder than solving them at times. Lyman and Miller said it took multiple attempts to workshop and tweak the game, often doing run throughs in their basement or bringing puzzles to family dinners to ask for input. The key is to make sure all of the clues fit together, and to adjust it to ensure the puzzles weren’t too hard or too easy for the general public.

“We wanted our rooms to be adult and kid friendly,” Miller said. “It’s something to do on a rainy Friday night, or a creative way to have a birthday party.”

Back in the room, the chaos slowed and everyone gathered around one puzzle, fiddling and fidgeting with last of the clues. The team then busted out the door with cries of celebration, after finishing in 31 minutes and 36 second — which so far, is the record.

Serena Cline, one of the participants, said at first she was scared to try it but found the whole experience to be fun.

“The hardest part is communicating all of the clues to each other. But it was so rewarding to escape,” Cline said. “I’m just glad I didn’t have to walk the plank.”

Miller said the group solved clues in ways she didn’t anticipate, but ultimately that being creative is the point.

“I love seeing people’s strenths come out, and seeing strangers work together,” she said.

People can register for one-hour time slots on their website, cannonbeachescaperoom.com. Business hours will be 11 a.m. to 10 p.m. Thursday through Monday. Tickets are $25 for adults and $20 for children. Lyman and Miller recommend children younger than 8 years old be accompanied by a parent.