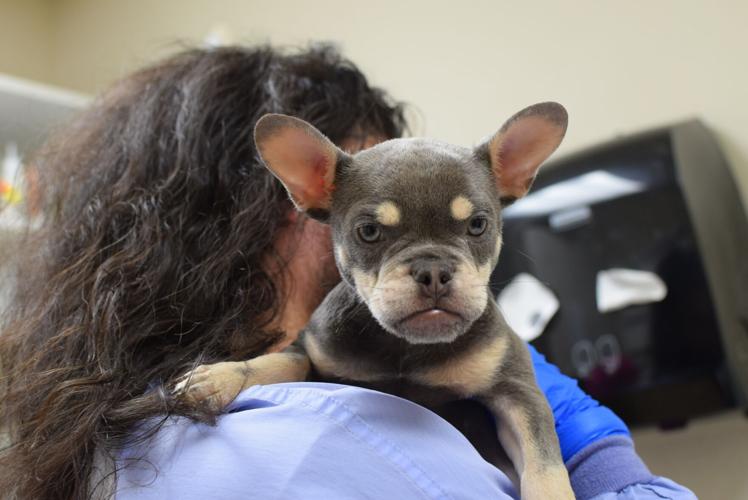 One of the rescued dogs arriving in Portland. 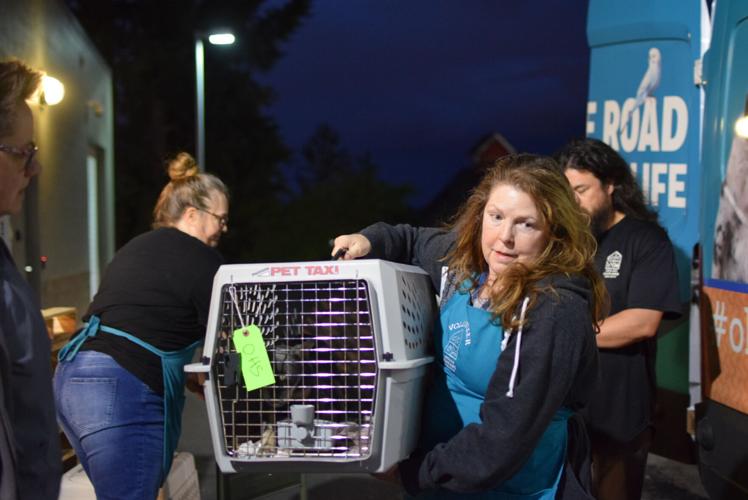 Oregon Humane Society crews unloaded the dogs as they arrived in Portland. 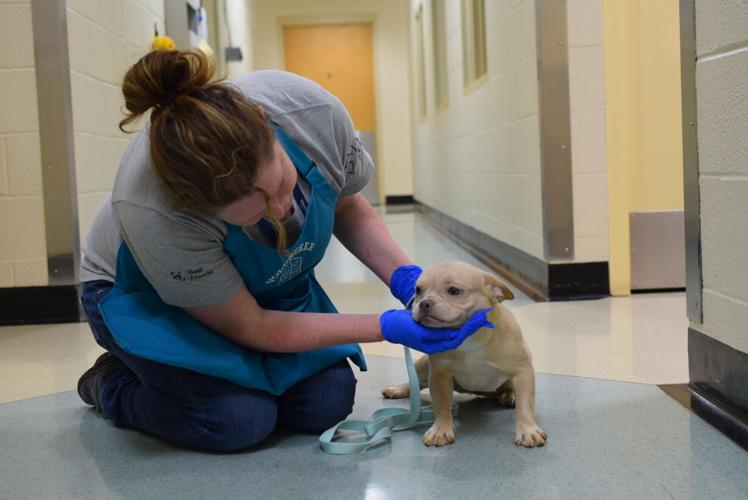 An Oregon Humane Society worker gives special attention of one of the rescue dogs. 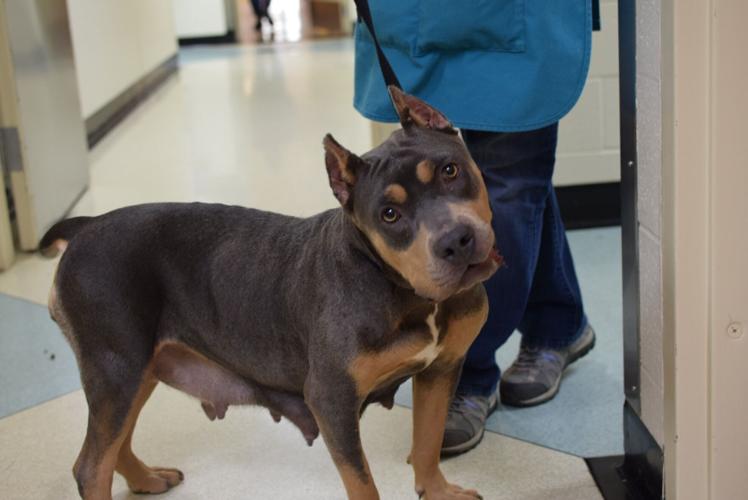 This rescued dog gives an expression as it arrives at the Oregon Human Society's care center.

Dozens of French bulldogs and other bulldog mix breeds from a suspected puppy mill have been transferred to Oregon Humane Society (OHS), Panda Paws Rescue and several other shelters and rescues in Northern California, Oregon, and Washington.

The dogs were discovered in a home in Stanislaus County, California on May 22 when a search warrant was being served during another criminal investigation. More than 150 dogs were found living in cramped crates, filled with waste, and many needed medical attention, according to a release from OHS.

The staff at Stanislaus Animal Services Agency cared for the dogs until they were legally able to be transferred. Rescue groups from around the region mobilized quickly to help move the dogs out to begin a new life.

“We are so grateful to Stanislaus Animal Services Agency for their work on this case, and to all the other rescues and shelters who have stepped up to help,” says OHS Chief Operating Officer Brian August said. “These dogs will get great care at OHS and begin a new chapter in their lives as beloved pets.”

August said It may take up to several months for some of the dogs to be ready for adoption. Most of the dogs need medical care and will need time in a foster home to recover and learn how to be a pet.

The dogs are currently in foster homes and not at OHS’ shelter on NE Columbia in Portland.

Updates on the dog’s adoption status at OHS will be posted on www.oregonhumane.org. It is important to keep in mind that these dogs may have ongoing special needs given their history, according the release.

OHS has a Humane Law Enforcement division that investigates reports of animal cruelty and neglect throughout the state. If you suspect and animal is being abused or suffering from neglect, call 503- 802-6707 or submit a tip online.

Do you support the Supreme Court decision last week overturning Roe vs Wade?

Independence Day Parade sure to spark your July 4th fun

Independence Day Parade sure to spark your July 4th fun

Tech Tuesday: Building a Defense with Summer Safety Tips For Parents and Kids

Sign up to help with the Library Book Sale

Letter: What is the Population of Cannon Beach, Part II?

Tech Tuesday: Building a Defense with Summer Safety Tips For Parents and Kids

Sign up to help with the Library Book Sale