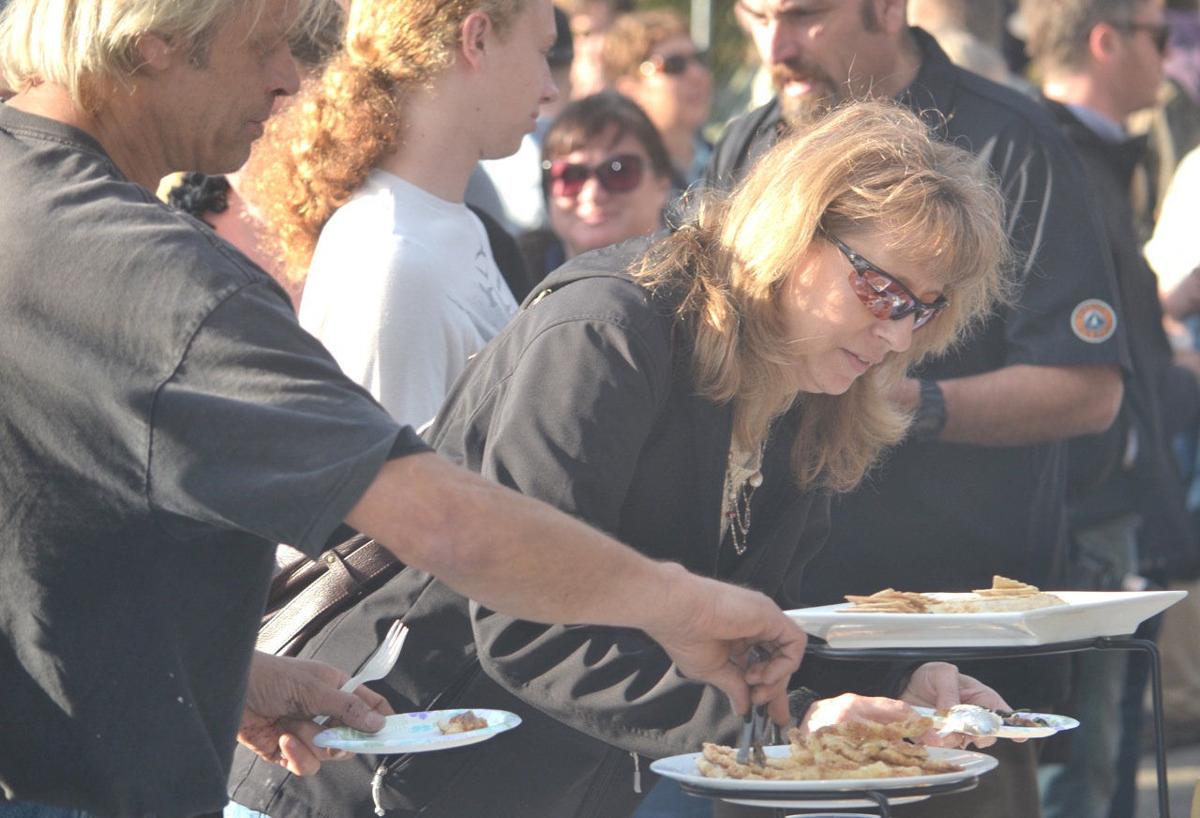 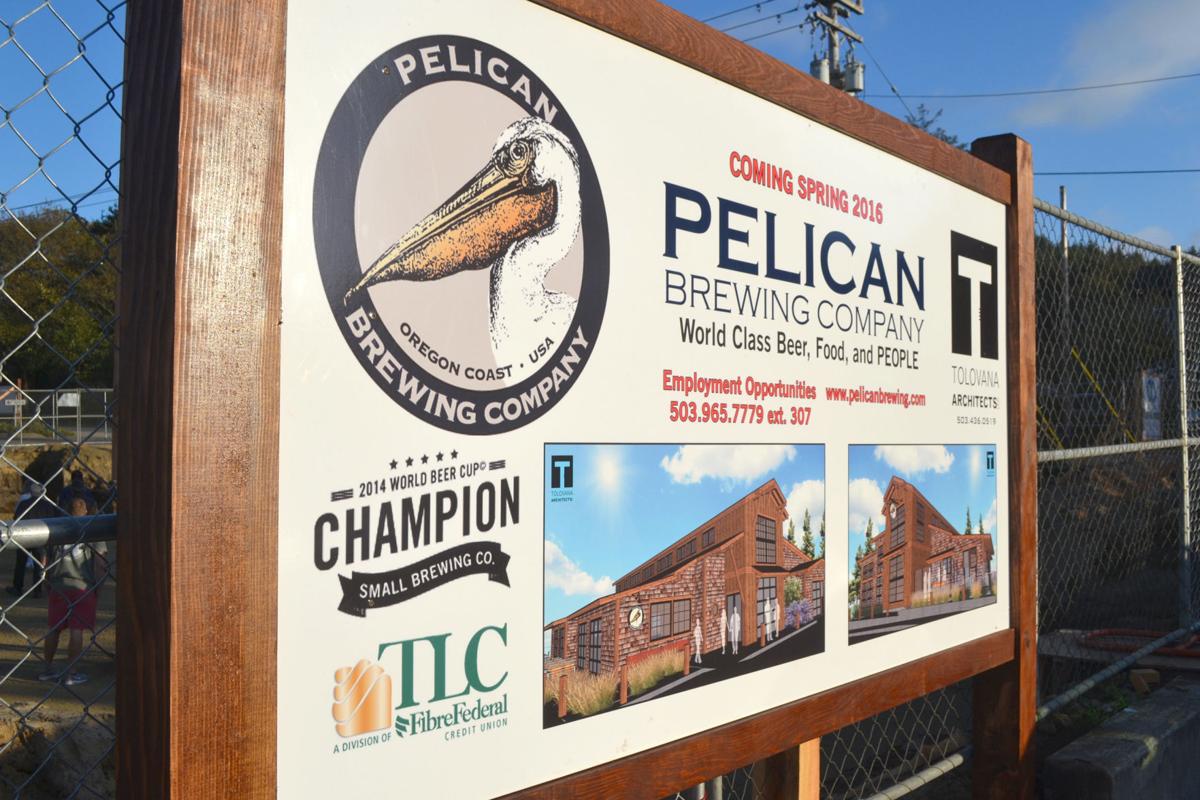 A sign marks the new site of Pelican Brewing Co. 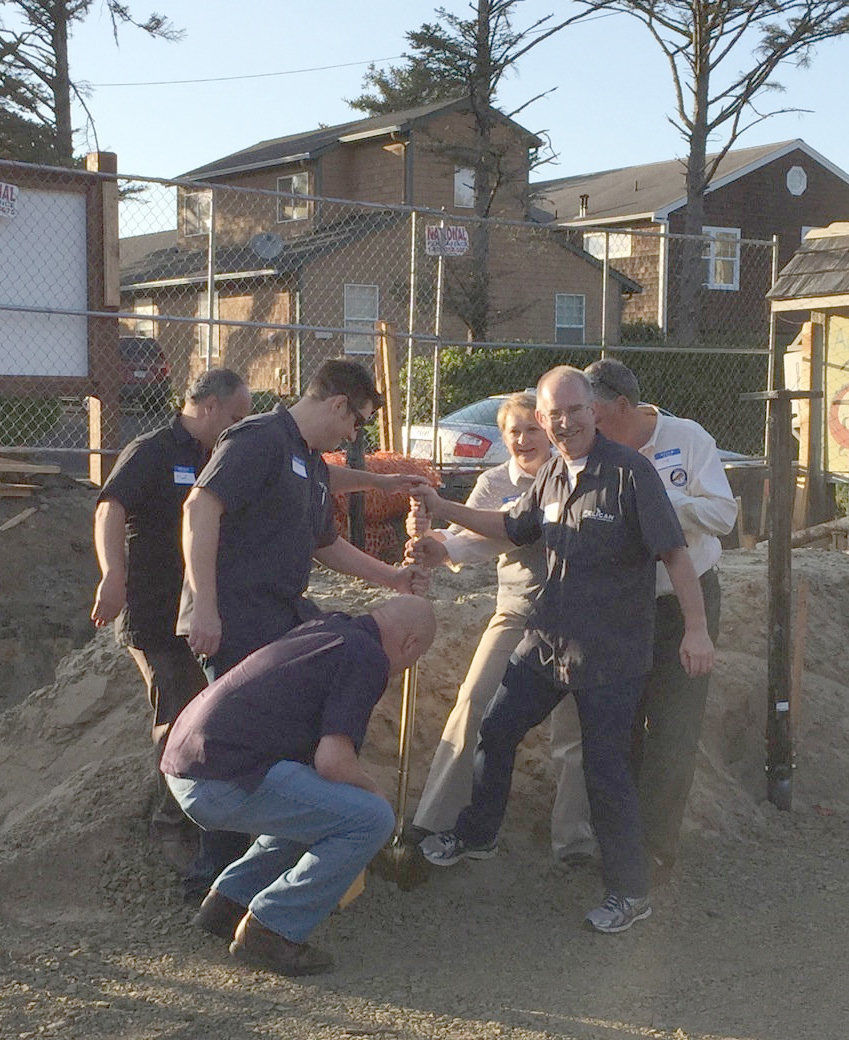 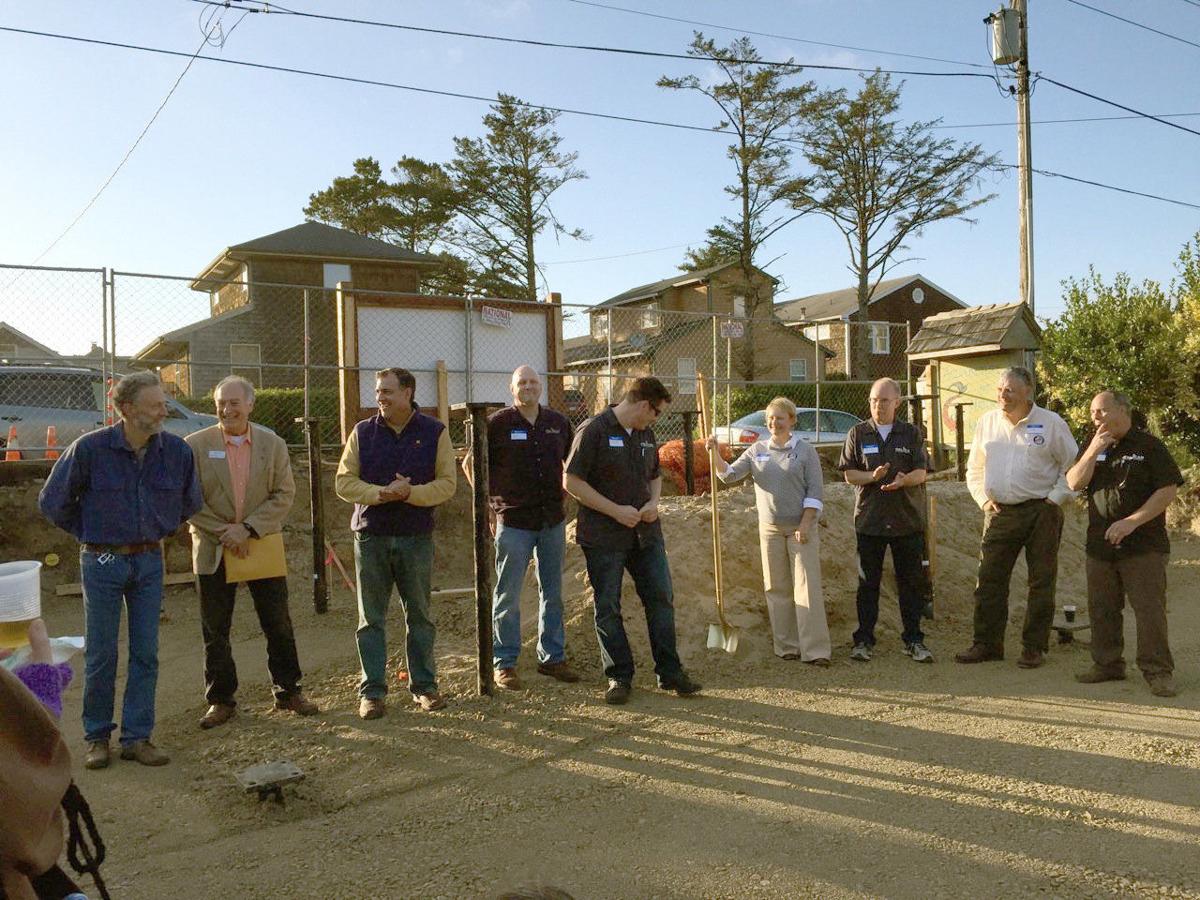 A sign marks the new site of Pelican Brewing Co.

Pelican officially broke ground and offered crab cakes and mushrooms prepared on a grill by chef John Newman and beer during the event.

Pelican demolished the former Dooger’s Seafood and Grill at 1371 South Hemlock St., vacant since 2011, to build its third location along the coast. The brewing company first opened in Pacific City in 1996, and added a site in Tillamook in 2013. Co-owner Mary Jones said they “love being on the coast” and had contemplated the new location for years.

“As we’ve moved through that process, it’s become increasingly clear what a great choice that’s been and what a great community Cannon Beach is to be involved in,” Pelican CEO Jim Prinzing said. “We’re extremely excited to be apart of the community, to hopefully build more business here, bring more folks during the off-season and help build the Cannon Beach community as much as we build our brand.”

The South Hemlock Street site will feature brewery tours and a menu similar to Pacific City’s. Newman, owner of Newmans at 988, was recently named Pelican’s new corporate chef and will develop menu creations at all three locations. He said Pelican Brewing Co. “set the table for us” — he was one of the company’s first chefs in 1996 — so he’s looking forward to working with them again. He expects a “great atmosphere” for guests.

The restaurant will be about 75,000-square-feet, seating 160 inside and 40 outside, with a 600-square-foot brewery attached, Prinzing said.

Windows on the brewery side will give visitors a peek at operations. The building’s final design allowed the company to upgrade from a seven- to a 10-barrel system, producing up to 800 barrels of beer per year. “Most of the beer made here will be consumed here,” he said.

The brewery will be primarily utilized for research and development, including collaboration with local brewers such as Buoy Beer Co., Fort George Brewery and Seaside Brewing Co. to produce “some Cannon Beach-only beers,” Prinzing said.

Production of core brands, such as Kiwanda Cream Ale and Tsunami Stout, will remain at Tillamook.

Pelican also acquired the Sunset Inn that sits next door. Prinzing said they’re exploring the possibility of making it a “Pelican’s Nest” with pelican-themed rooms and a “beer-centric hotel experience,” similar to that of the Dogfish Inn in Delaware, but “unique and different.”

The brewpub is hiring managers now, to be trained in Pacific City over the winter, and will seek the rest of its staff six to eight weeks ahead of opening, which is planned for sprint.

During peak season, they expect to have a staff of about 60 to 70, Prinzing said. In the off-season, there will be 40 to 50 employees.

Mayor Sam Steidel recalled a time — long before Dooger’s — when the site of the Pelican Brewery was a “50-cent hamburger joint” as he welcomed the new business.

“We always wear our Pelican gear when we’re in town, Prinzing said. People roll down their windows and ask us when we’re opening, and yell things across the street. It’s just awesome.”