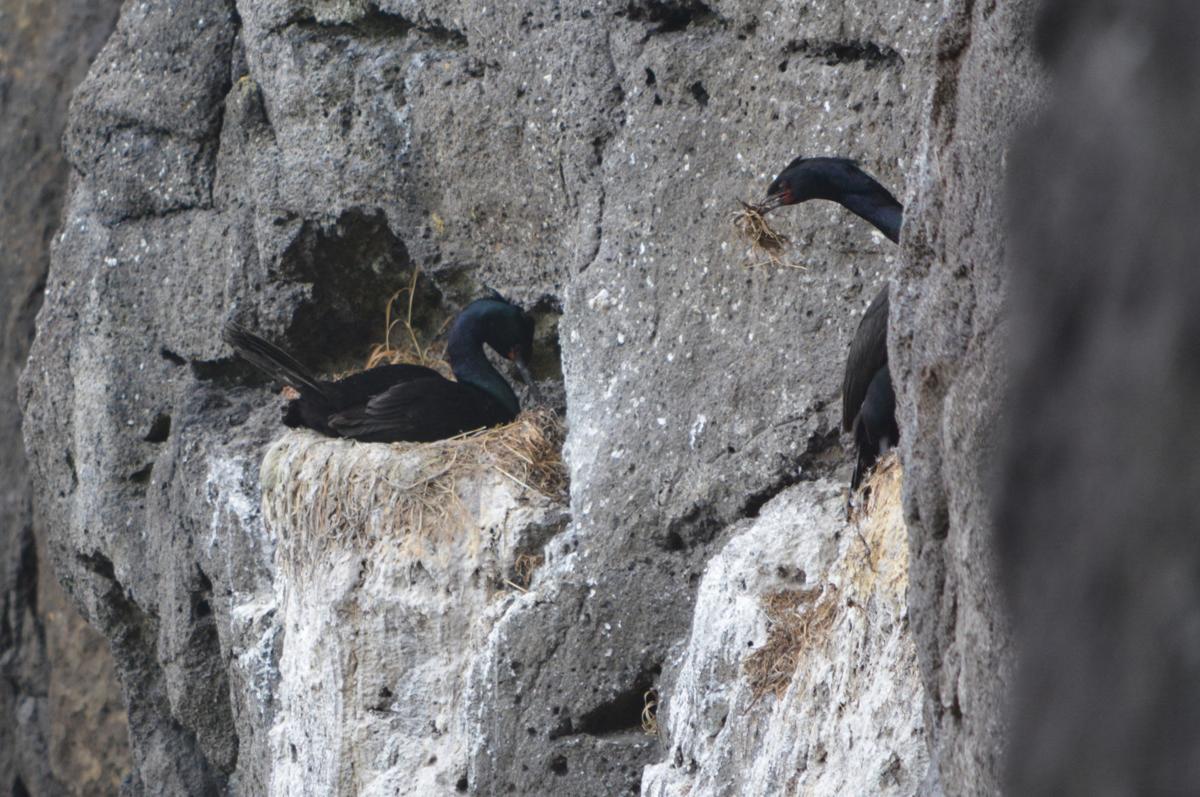 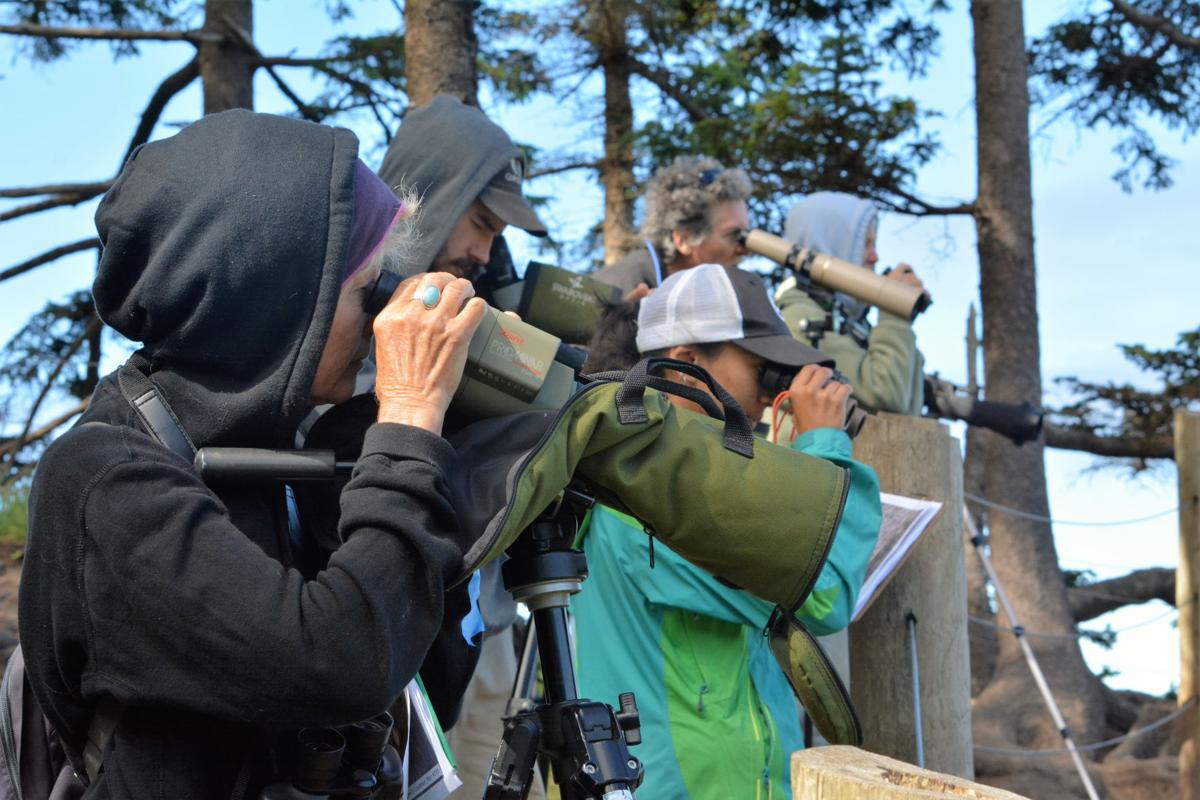 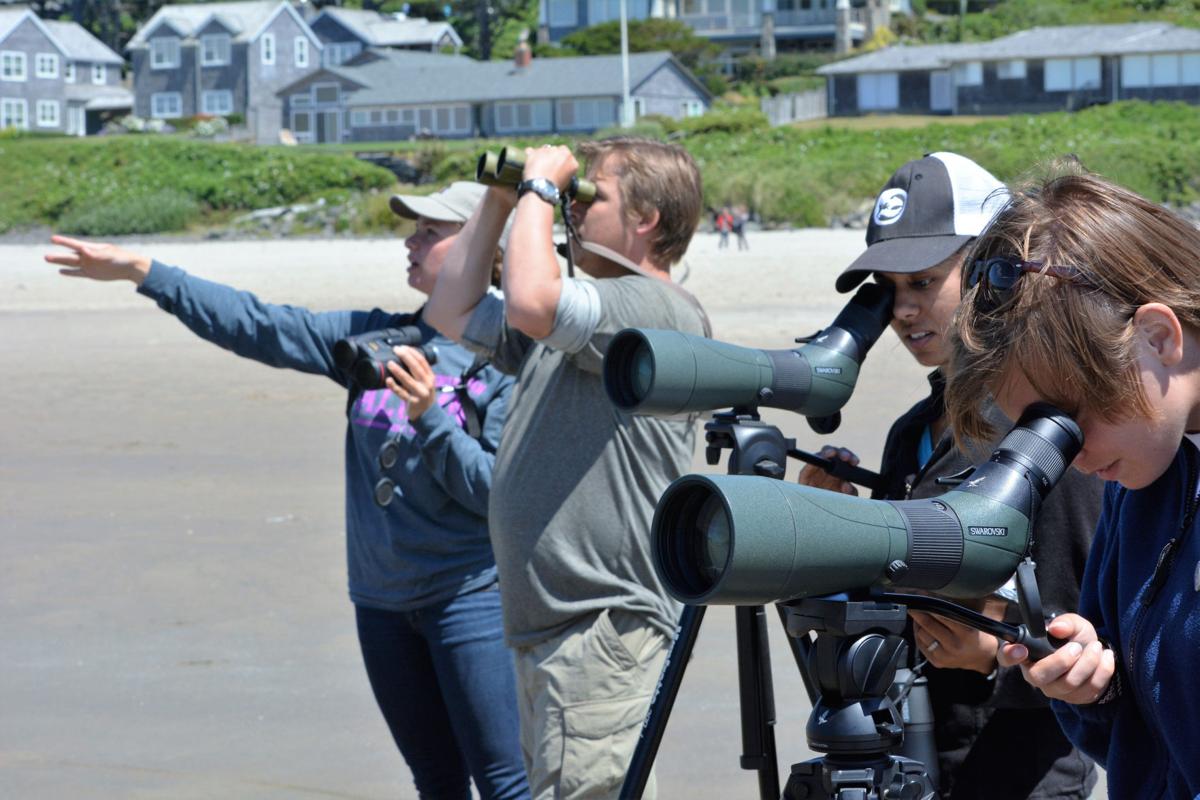 Citizen scientists can be important to research projects.

Citizen scientists can be important to research projects.

The cormorants always saw the eagles before he did.

Jeremy Sappington would be at his spotting scope above Devil’s Cauldron in Oswald West State Park, watching the sea birds as they cleaned, preened and clamored. Then, suddenly, the birds would go deathly still. Out of the corner of his eye, Sappington would see an eagle cruise past the cliffs.

Sappington, who lives in Manzanita, was one of over a dozen volunteers who spent the summer observing cormorants at the Cape Falcon Marine Reserve. One day each week, they set up their scopes and honed in on the colonies, recording the number of eggs in nests and keeping track of the chicks’ development from afar.

The data they collected feeds broad, aerial surveys conducted by the U.S. Fish and Wildlife Service each year. While the agency can collect general information about the number of birds present in a region, community scientists are helping paint a more detailed picture of how the birds are faring.

Doing this work without volunteers would be challenging, especially for agencies like Fish and Wildlife where there is less and less funding to go around, said Joe Liebezeit, avian conservation manager for the Audubon Society of Portland.

“More and more, community science is going to be important for agencies and (organizations) like Audubon,” he said.

The Cape Falcon site is Oregon’s northernmost marine reserve. Three of the area’s five cormorant colonies are easily visible from where Sappington would sit above Devil’s Cauldron, a cove surrounded by steep cliffs where ocean swells turn the water below turquoise and milk-white with froth.

For the past two summers, the Audubon Society of Portland and Fish and Wildlife Service, in collaboration with Friends of Cape Falcon Marine Reserve and the Haystack Rock Awareness Program, have trained volunteers to monitor seabird nesting success. Volunteers also watch colonies at sites in the Cape Perpetua Marine Reserve farther south.

Volunteer scientists are also called “citizen scientists” and they could be anyone — that’s the point. This summer, Smith said volunteers ranged from teenagers to 70-something retirees. They came from all backgrounds with varying skills and experiences.

“Citizen science, you can do a lot with it,” said Liebezeit. But, he added, simplicity is key.

The cormorants are also monitored as an indicator species, said Shawn Stephnesen, wildlife biologist with Fish and Wildlife, “helping us understand ocean conditions and food availability for many different seabirds.” But, given the citizen science component, cormorants were chosen because they are commonly found off the Oregon Coast, they are easy to spot, difficult to confuse with other sea birds and they build distinct, separate nests that volunteers can peer into with their spotting scopes and binoculars.

For Liebezeit there are several main reasons for community science in this project: “To get good info, and involve citizens who live on the coast so they feel like they are part of the environment they live in, to develop a connection with wildlife and nature, and to contribute.”

The volunteers also serve an important function as educators. They explain the monitoring work and the role of marine reserves and pass out brochures to tourists or curious locals who stop to see what they’re doing.

Above all, a Cape Falcon volunteer needs patience.

“Right at that moment you have to look into the nest and see how many eggs there are,” Liebezeit said.

Liebezeit hopes the monitoring can continue for a minimum of five years, but it depends on funding. Already, he has some money together for next year, and will likely need more to ensure both Cape Falcon and Cape Perpetua have a biologist on hand to answer questions and help with quality control in data collection. Fish and Wildlife provides thousands of dollars worth of in-kind support.

Monitoring the cormorants is an activity Sappington and other volunteers say they find to be very peaceful. The normal pace of his life slows, Sappington said. At the same time, though, the birds he has been watching seem to grow up overnight.

“All of the sudden what once was an egg is now a bird and it’s getting ready to leave the nest.”