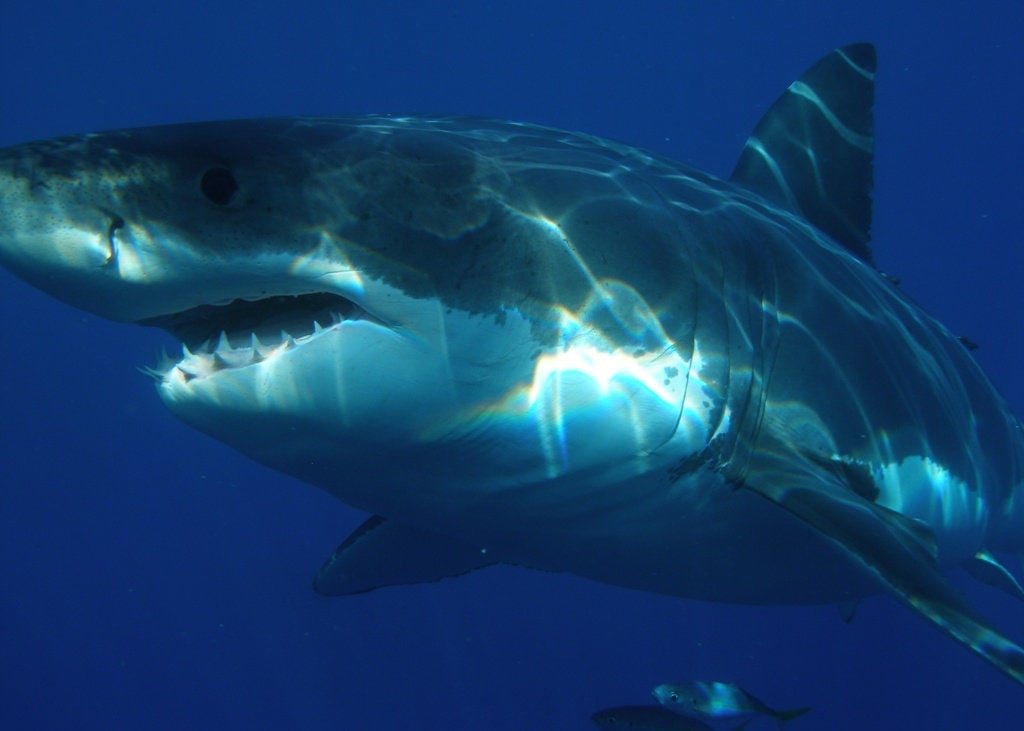 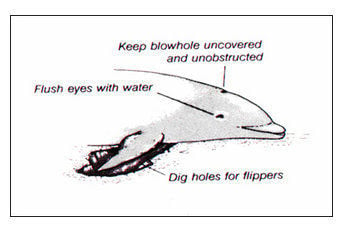 Care is required when coming to the aid of a stranded marine mammal. 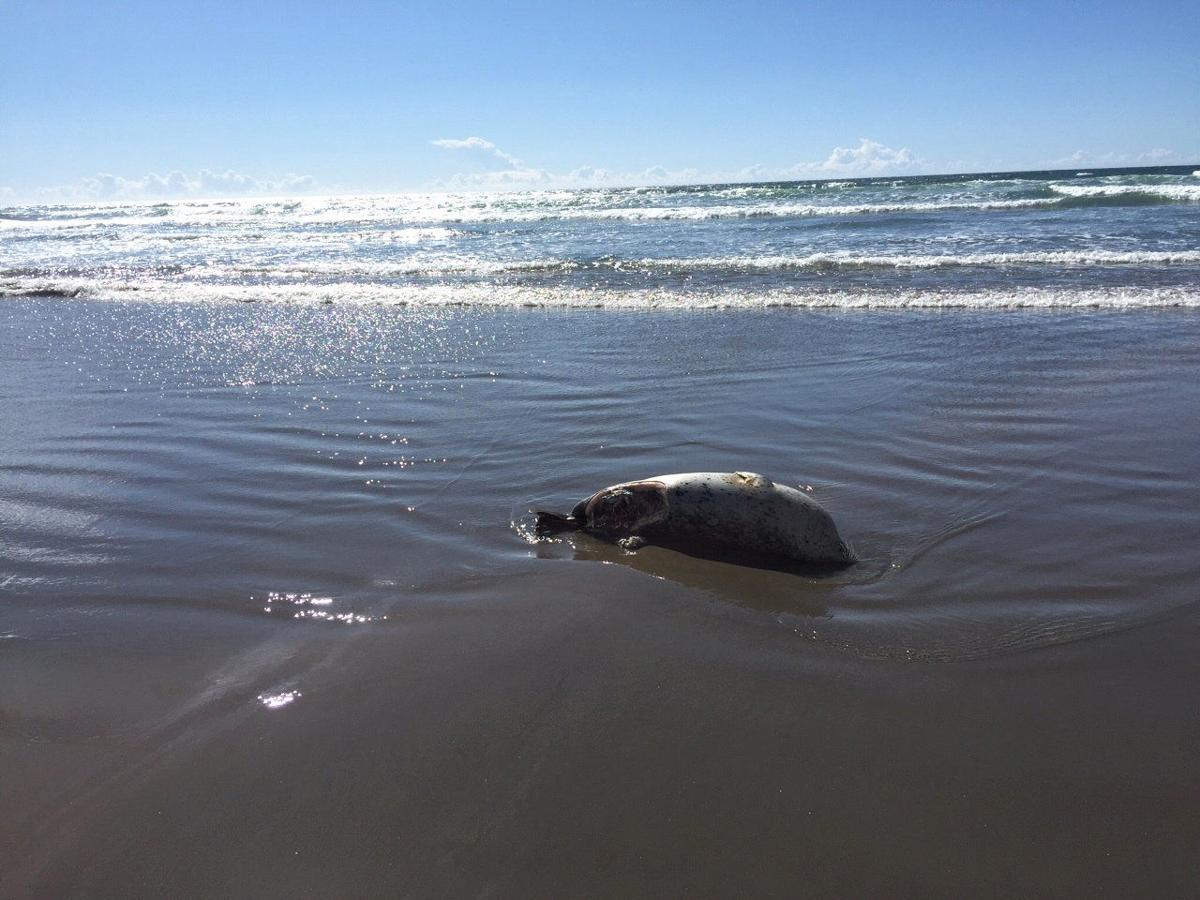 This seal, apparently attacked by a shark, washed ashore in Gearhart this week. 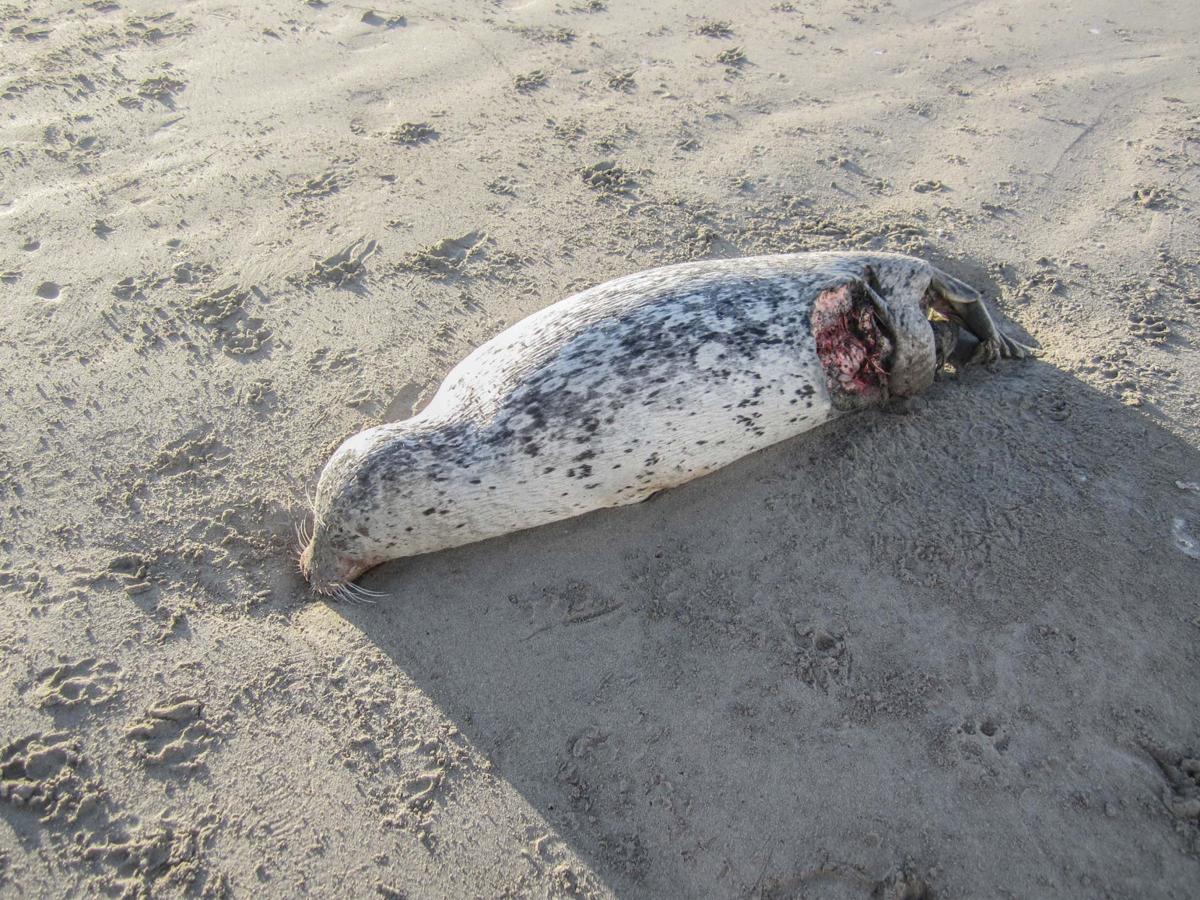 TiffanyBoothe/SeasideAquariumOne of the two adult harbor seals found dead from a shark bite in recent weeks. 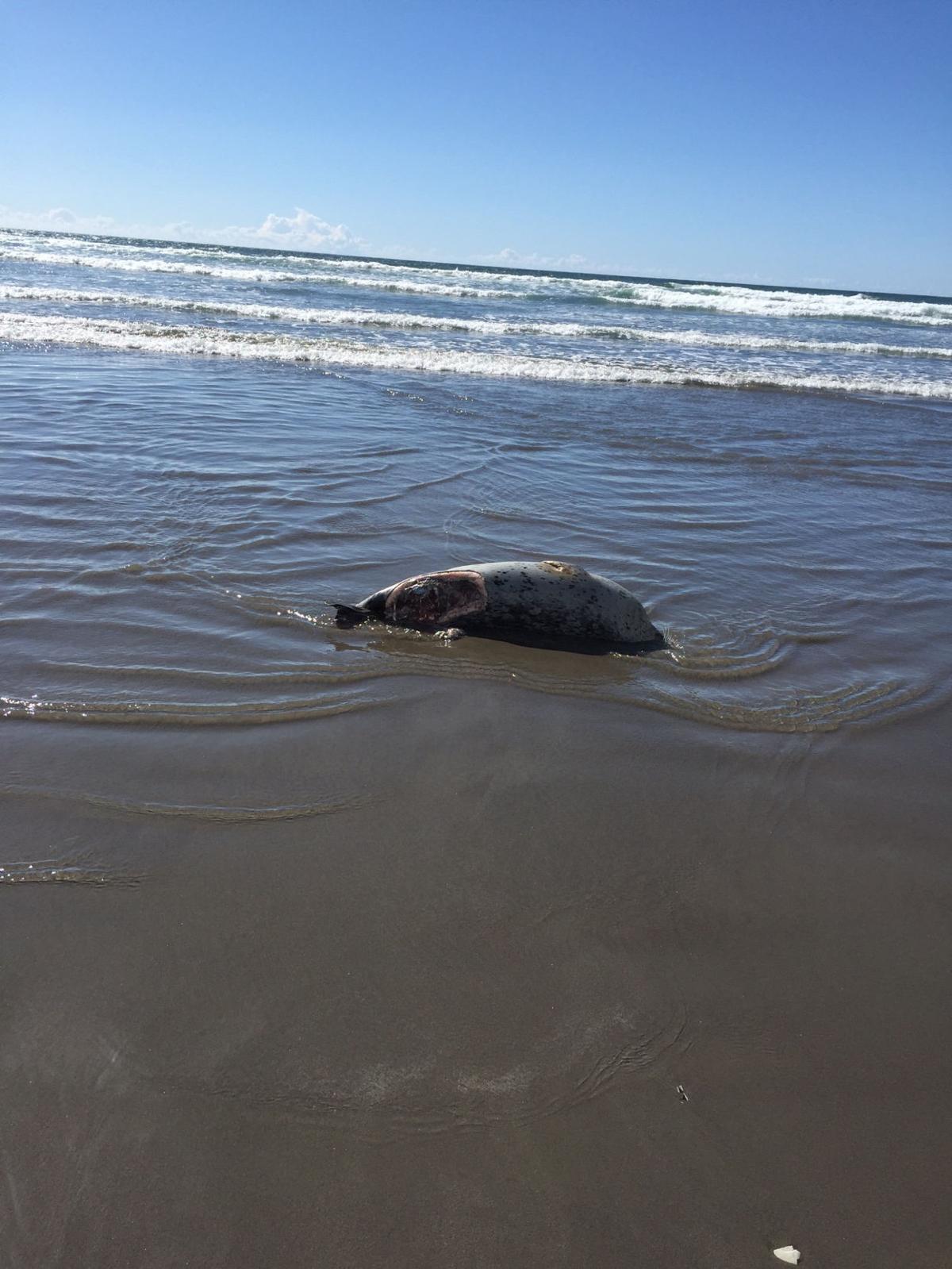 A seal washed ashore in Gearhart this week.

Care is required when coming to the aid of a stranded marine mammal.

This seal, apparently attacked by a shark, washed ashore in Gearhart this week.

TiffanyBoothe/SeasideAquariumOne of the two adult harbor seals found dead from a shark bite in recent weeks.

A seal washed ashore in Gearhart this week.

Harbor seals, a sea lion and a striped dolphin all met the same fate over a one-month period off the North Coast. The animals were found dead from shark bites on Clatsop County beaches, prompting the Seaside Aquarium and lifeguards to post and share warnings with surfers.

While sharks are fairly common in local waters, it is unusual to see so many adult marine mammals bitten and on the shore in such a short timespan, aquarium administrative assistant Tiffany Boothe said.

Since Aug. 11 the Northern Oregon/Southern Washington Marine Mammal Stranding Network has responded to two adult harbor seals, one adult Steller sea lion and a 7-foot striped dolphin, all believed to be close to shore when attacked. None of the animals survived.

“There’s only one shark that would do that: a great white,” said Jim Burke, director of animal husbandry at the Oregon Coast Aquarium in Newport.

While other sharks go for smaller prey, particularly young marine mammals, great whites stalk larger sea creatures. They are considered “ambush animals” because of the way they attack from beneath their prey, he said.

The first dead harbor seal was found on Del Rey Beach near Gearhart, along with a seal pup in Klipsan Beach, Wash., that appeared to have “narrowly escaped a shark attack,” on Aug. 11, Boothe said.

On July 27, a seal pup at Barview in Tillamook County also appeared to have escaped an attack, she added. Both had superficial flipper wounds.

The majority of the dead animals were found on Gearhart beaches, including a harbor seal Sept. 4. The dolphin was discovered near Fort Stevens Sept. 6.

Two of the animals came ashore still alive, which caused researchers to believe the mammals were attacked within the surf zone. Boothe said animals with shark bites are found often, but usually in a state of decay after floating for a long time.

Burke noted sharks are seen or encountered throughout the year, especially in late summer or fall fishing season. The marine mammals follow the fish, and the sharks follow them.

“The marine mammal populations are extremely healthy right now,” he said. “The predators will follow.”

With a bite more than a foot wide, Burke said the shark could be in the 15 to 17-foot range. Fifteen feet is average. Boothe noted the sea lion’s bite was slightly greater than a foot by a foot and a half. The other animals had similar sized bites.

“It’s hard to put an exact estimate on it,” Burke said, “but I would say larger than 12 feet.”

Sharks can go months without eating, Burke added, so one shark or several may be attacking these animals.

In the past, Seaside Fire & Rescue’s Lifeguard Program has put up warning signs in response to similar incidents, but didn’t do so for the recent attacks. Cpt. Dave Rankin said some beach visitors asked lifeguards about the incidents, and they passed on information received from the Seaside Aquarium.

In general, Rankin said, lifeguards focus on disseminating information on policies and procedure, rather than enforcement.

In any case, the lifeguard program on Seaside beaches ended for the season Sept. 13.

Boothe said their main goal was to increase public awareness of a shark threat. She advises those who surf in the area to avoid doing so at dawn or dusk when there’s poor lighting, or during a large diatom bloom which may make the local ocean water murky. In those conditions, sharks may mistake a person in a wet suit for an animal.

“I don’t think people should be paranoid,” he said. “What we’re seeing is a healthy response to a healthy marine population. It’s the sign of a healthy system.”

Katherine Lacaze contributed to this report.

‘There’s only one shark that would do that: a great white.’

— Jim Burke, director of animal husbandry at the Oregon Coast Aquarium in Newport.

According to the network, marine mammals are protected by federal law. It is illegal for unauthorized persons to disturb, handle, or feed them.

If you do see a stranded marine mammal, take a digital photo but take safety first. These are wild animals and they can bite. Many carry diseases that can be transmitted to humans or pets.

• Keep people and dogs away.

• Observe and report identification such as color, size and vocalization; condition, alive, dead, injured or entangled; tags, if any; and location, making note of landmarks and beach accessibility.

Seals are tagged on hind flipper, sea lions on foreflipper.

• If you find a live cetacean, provide supportive care, protect animal from harsh wind or sun. Dig trenches for pectoral flippers and rinse any sand out of eyes. Keep the area quiet, and make sure the animal is not too hot or too cold. Keep live cetaceans cool and moist by covering them with wet towels (if available) or gently pouring water on them. But be very careful not to cover or pour water down the blowhole (on top of the head).

Report strandings of all live cetaceans.